They probably didn’t show you these on your open day

Looking through the University of Liverpool prospectus, you imagine you will spend your lectures within the walls of stunning examples of architecture and during your free time sat around Abercromby Square with a group of multicultural friends, perhaps discussing politics.

In reality, particularly if you’re a student of Humanities, the only time you’ll see the famous big red building is as you leave the 699 on the walk down to South Campus and approach some of the less aesthetically pleasing buildings.

While there is nothing overtly hideous about 11 Abercromby Square, it’s kind of the ugly cousin to 19-23 Abercromby Square. If 19-23 went to Oxford and got a first in Law, number 11 went to Hull and got a 2:1 in events management. 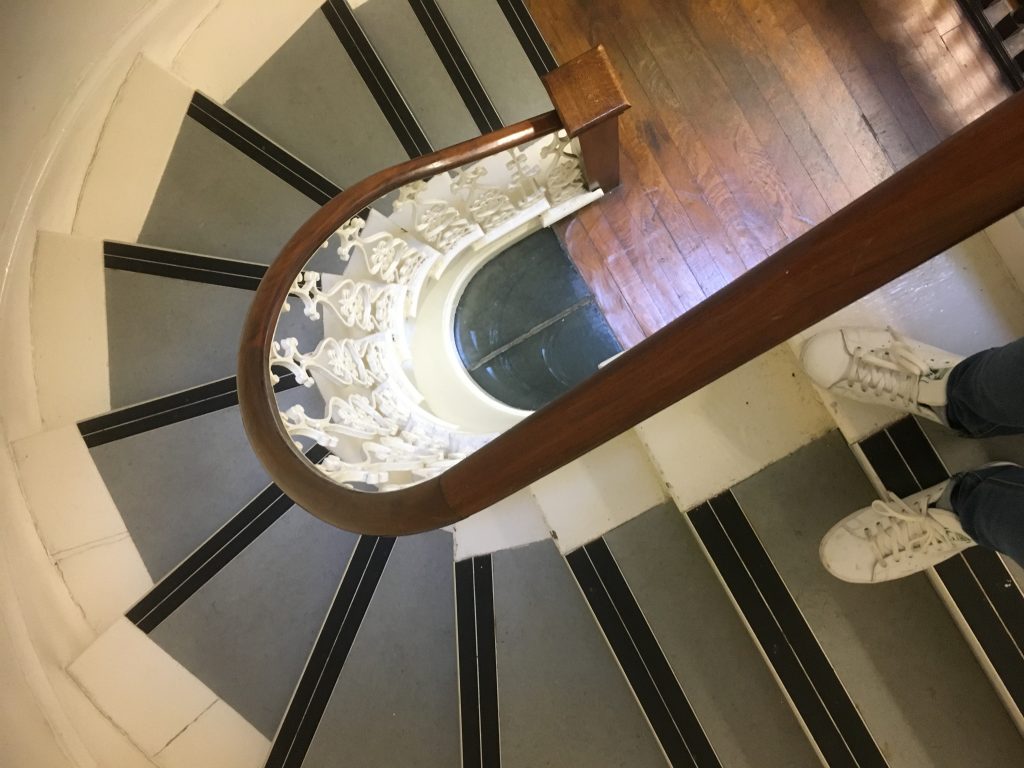 Don’t get me wrong, the grandparents still love number 11, but they have more graduation pictures on their mantelpiece of 19-23. There is something quite grand about 19-23 but number 11 feels a bit sad, with its weird pastel green office doors and the underwhelming “spiral” staircase. 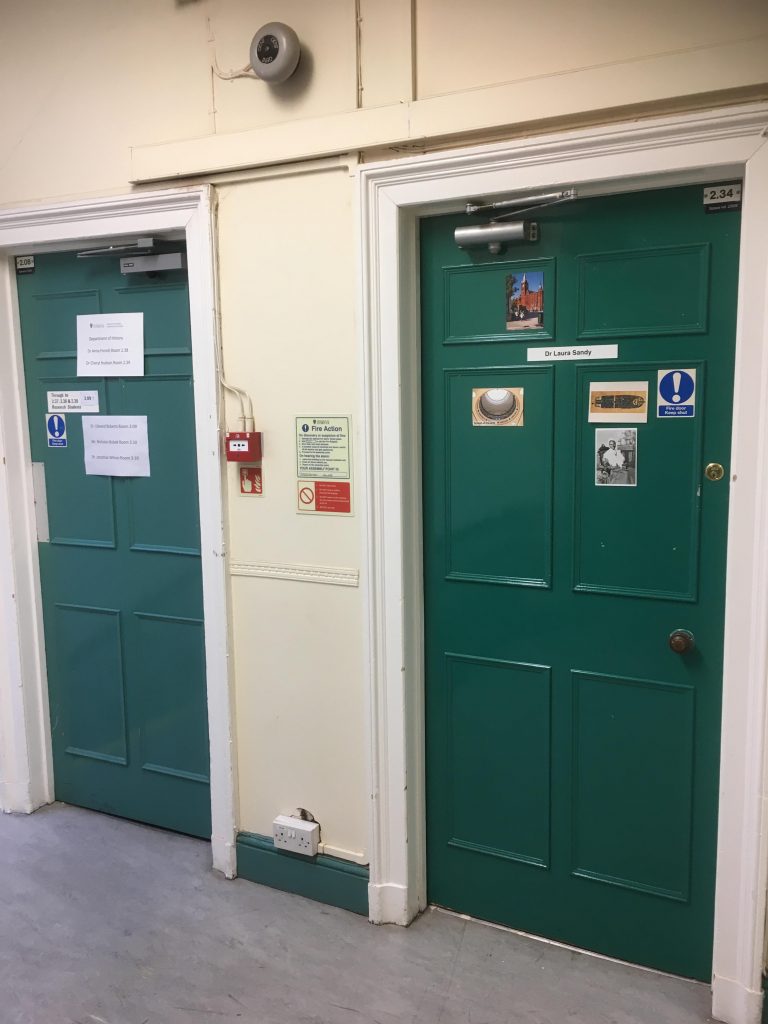 So near, yet so far

In a shocking twist, one of the science buildings is actually a bit shit. In comparison to the Central Teaching Hub which is basically a giant modern dream space, this decaying MDF mess of a structure is strategically placed behind a wall in the middle of campus in the hope that nobody will see it. 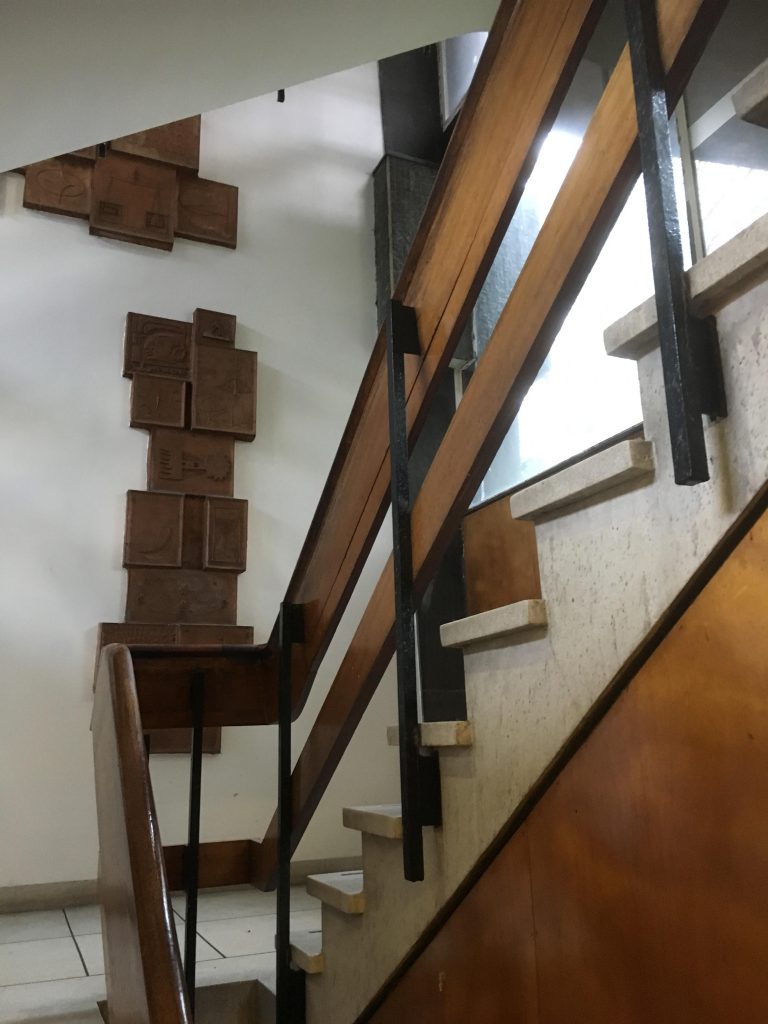 The walls are decorated with strange wooden art and the floors are as sticky as the floors in Level, but it’s daytime and you’re unfortunately sober. Even the noticeboard is blank, perhaps a nod to the fact that nobody wants to stay in this building longer than they have to. 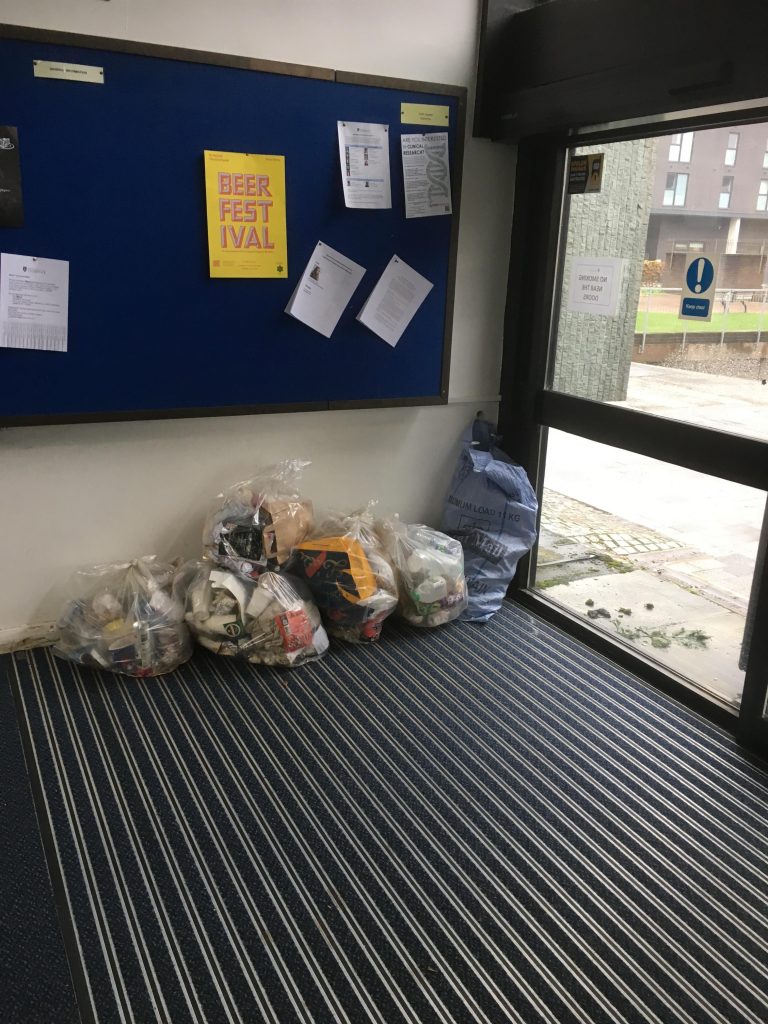 When a building is this sad looking, why not make it worse with a giant pile of rubbish?

“You will benefit from our supportive, high-quality facilities designed to enhance both your time here and future after you graduate” – a direct quote from UoL website. Yet, for some reason the Gordon Stephenson building seems a little bit stuck in the 1980s and not in a cool vintage way – like an Adidas cap. 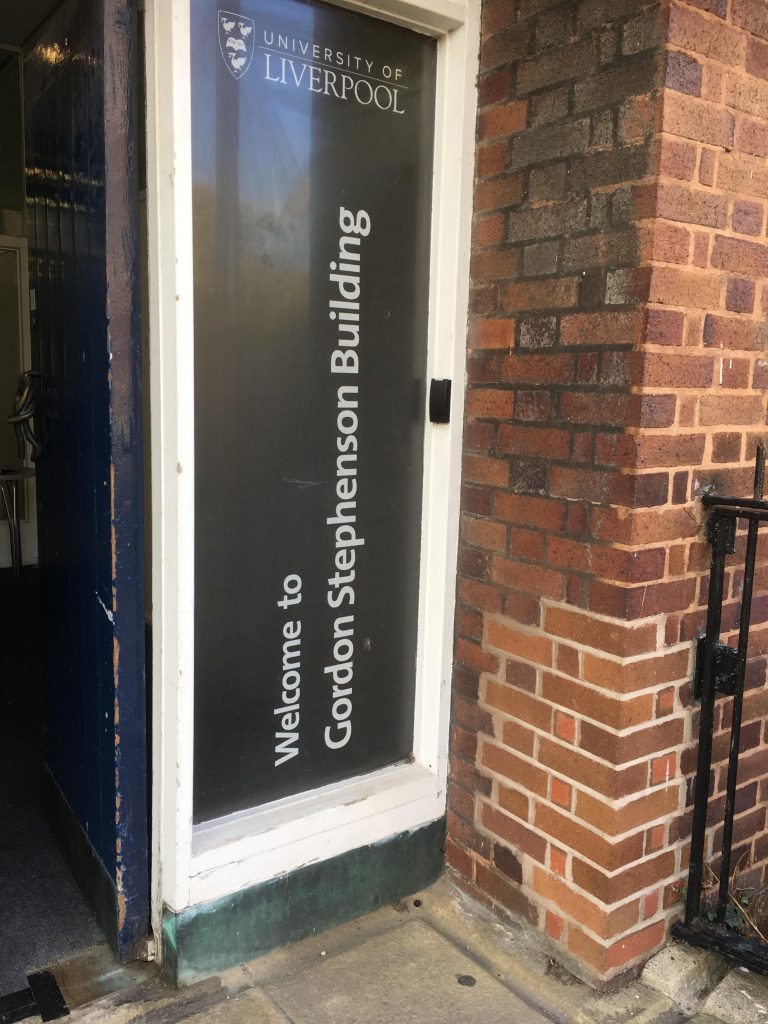 The Gordon Stephenson building is the physical embodiment of that Geography teacher at your secondary school who was far too old to actually be teaching, but they kept him on anyway.

The seminar rooms mainly have blackboards (yes, actual blackboards). Although, a couple of the rooms do boast some fairly modern technology in the form of those overhead projectors that got you so excited back in 2003 when you were still in primary school. 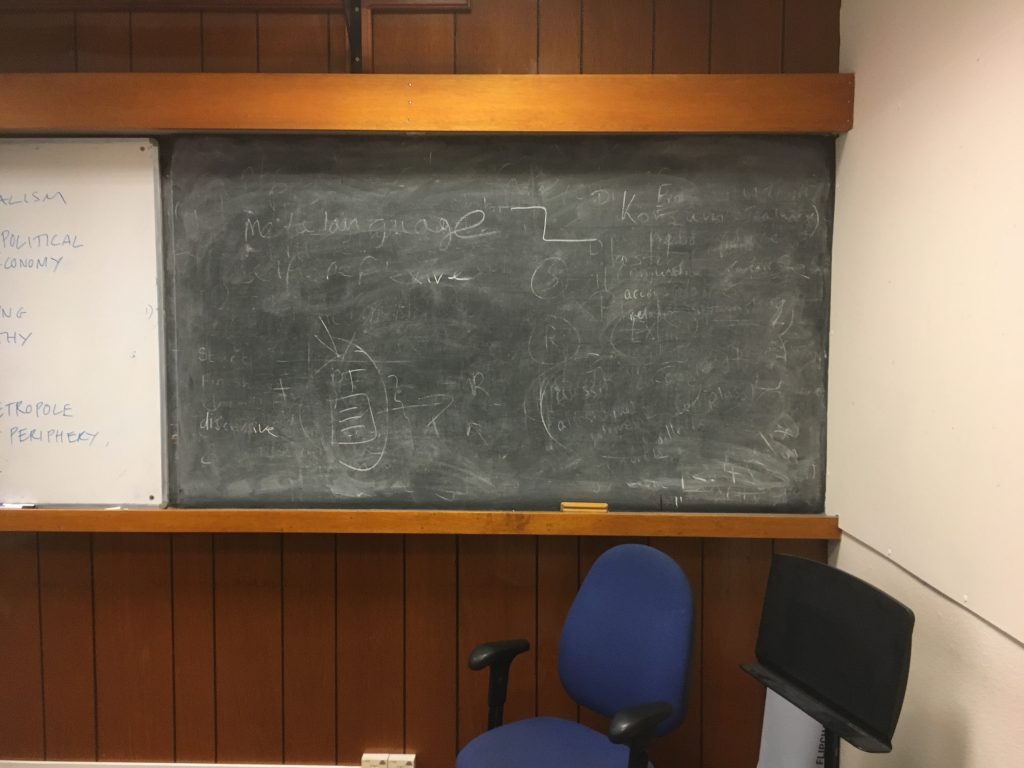 Who needs a time machine when you’ve got the Gordon Stephenson building?

Now for a building who’s terribleness barely needs an introduction, the Cypress Building. Located opposite the newly refurbished palace that is Vine Court and across the way from our beloved Sydney Jones, the Cypress building could not be more out of place. 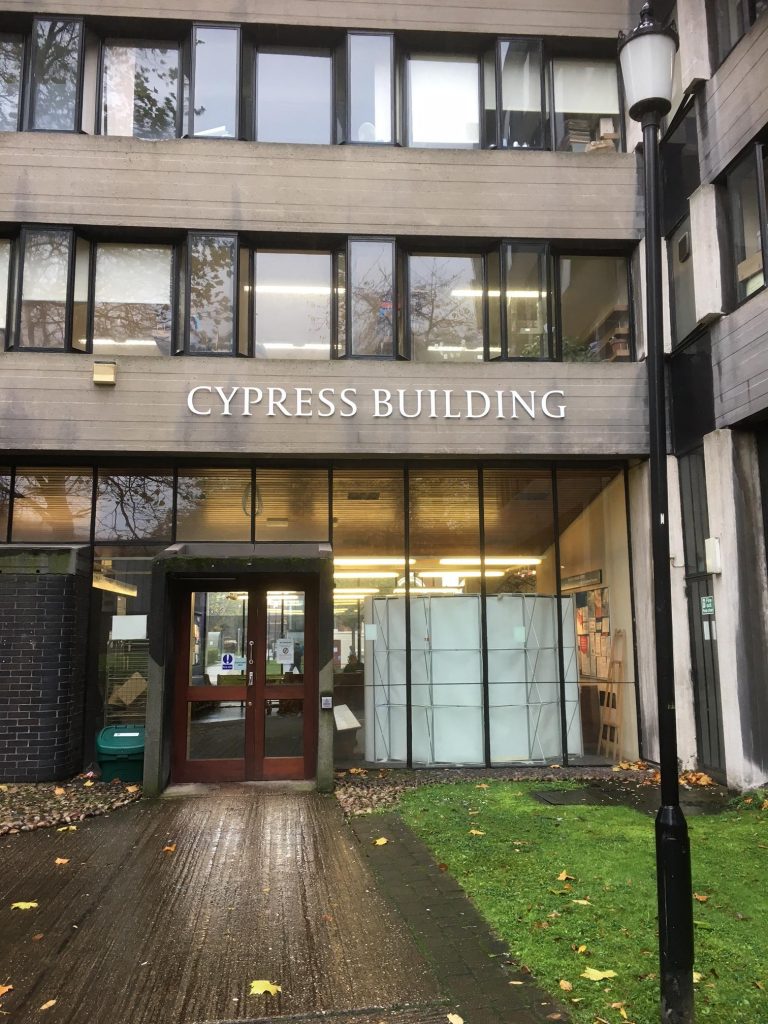 Is it the weird smell of damp and rubber? Is it the fact that even the doors feel dusty? Is it the overly bright artificial lighting which tries to illuminate this beige hole of a building? It’s a combination of all of the above. 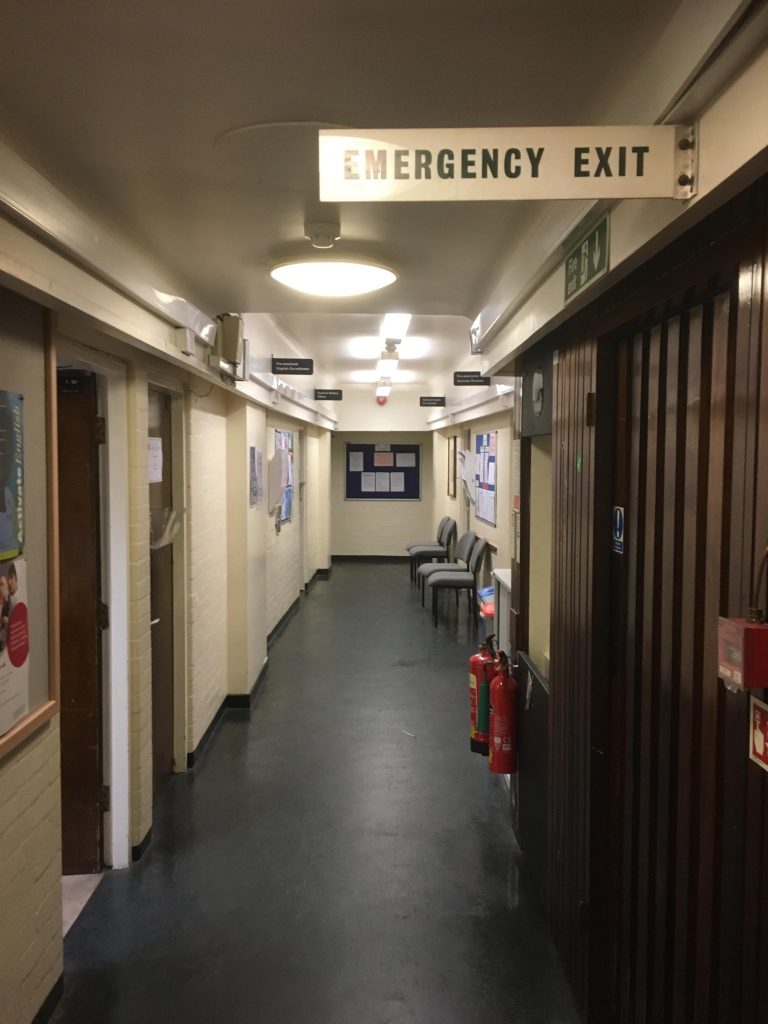 A 9am seminar in the Cypress building (especially during Summer, as for some reason the building maintains it’s 45 degree temperature 365 days a year) is a form of psychological torture. A seminar tutor and PhD student once told me she was offered an office in the Cypress Building, but she kindly refused. 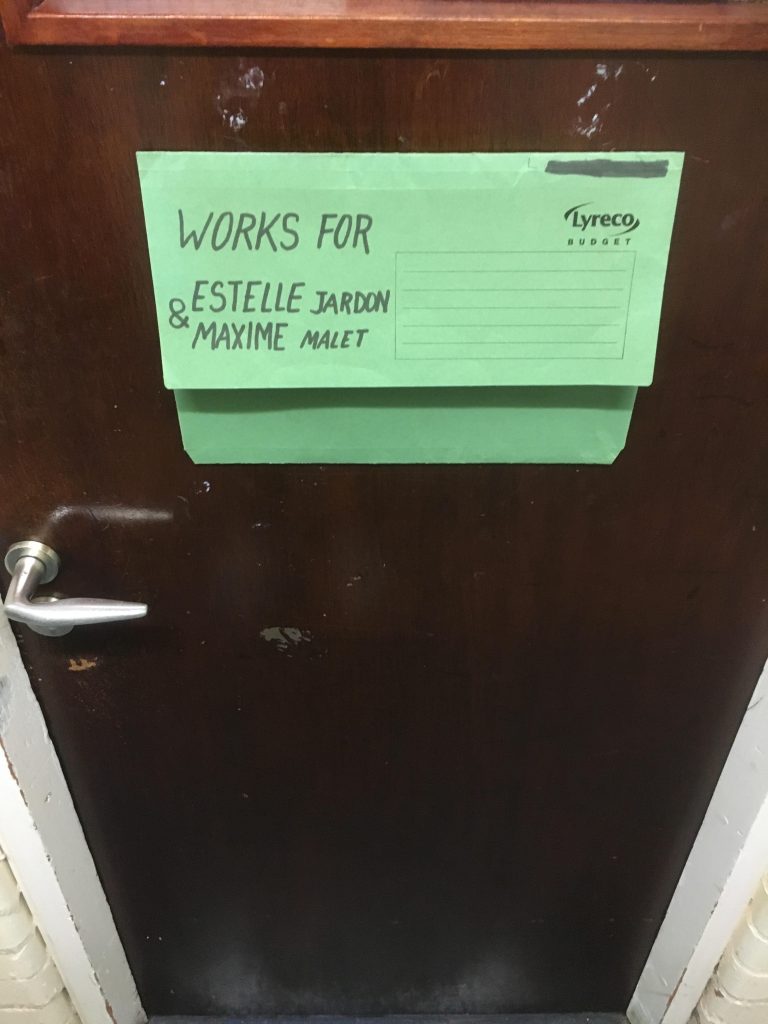 Ah – the Roxby Building, towering over the campus silently declaring its awfulness. The outside of the building looks down on you as you enter, almost as if it’s the headquarters of some evil organisation in a niche 1970s post apocalyptic film. 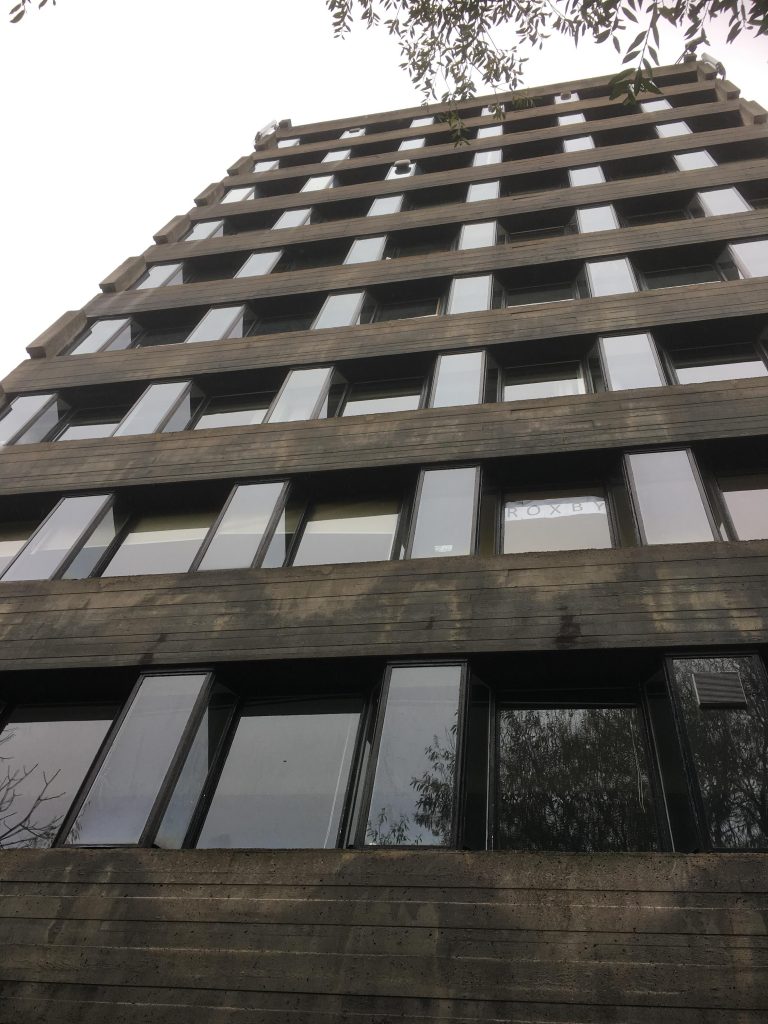 However, it is not just the outside of the building which could give it the top spot as the campus’ worst looking building, it’s the interior too. Firstly, there’s the tiny office as you enter on your right. No actual human can work in a space so small so we can only assume the Roxby Building is maintained by dogs or something, which actually explains a lot. 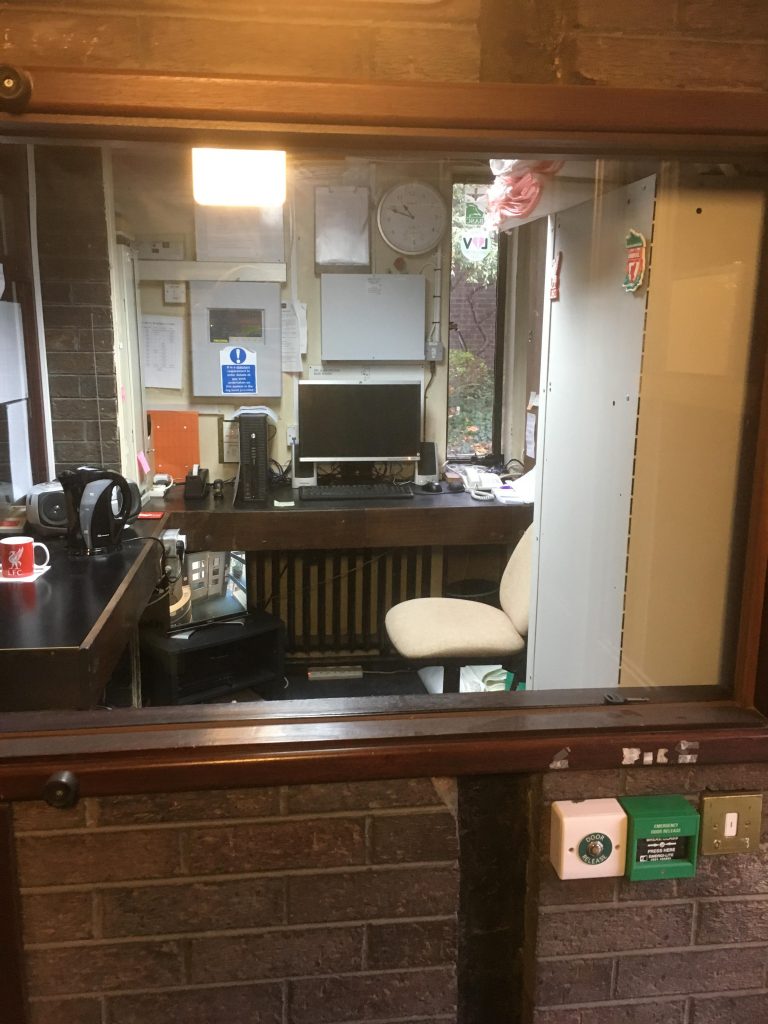 Then as you progress through the dirty cave, you find yourself at a random kitchen. Initially this seems quite handy, but as you inspect further and and see the remnants of old tea bags across the side and a microwave which probably hasn’t been used since the 90’s, the idea of food or drink preparation in the space feels you with terror. 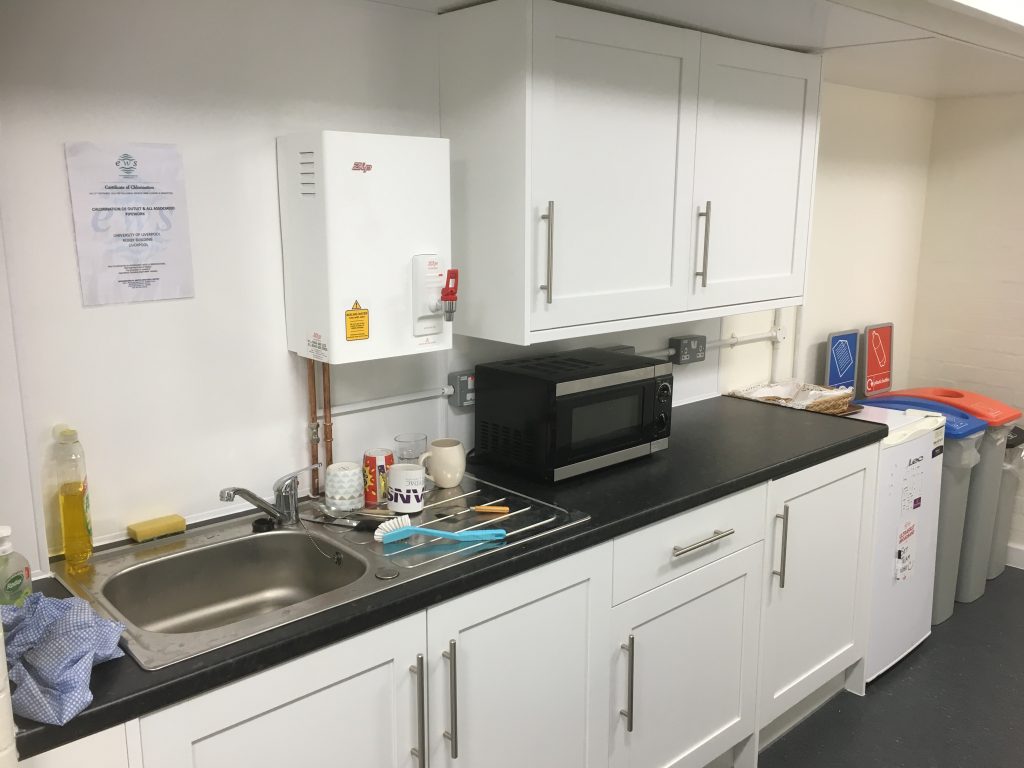 Most of the ugly buildings are situated onto the South Campus, however the exception to this rule is Brodie Tower, it’s called Brodie Tower because to call it Brodie Building is offensive to the word “building” itself.

Brodie Tower tries to distract you with some random names on the side of the building, including Leonard Da Vinci, but let’s be honest Brodie Tower: you are no artwork and Da Vinci didn’t have anything to do with your creation. 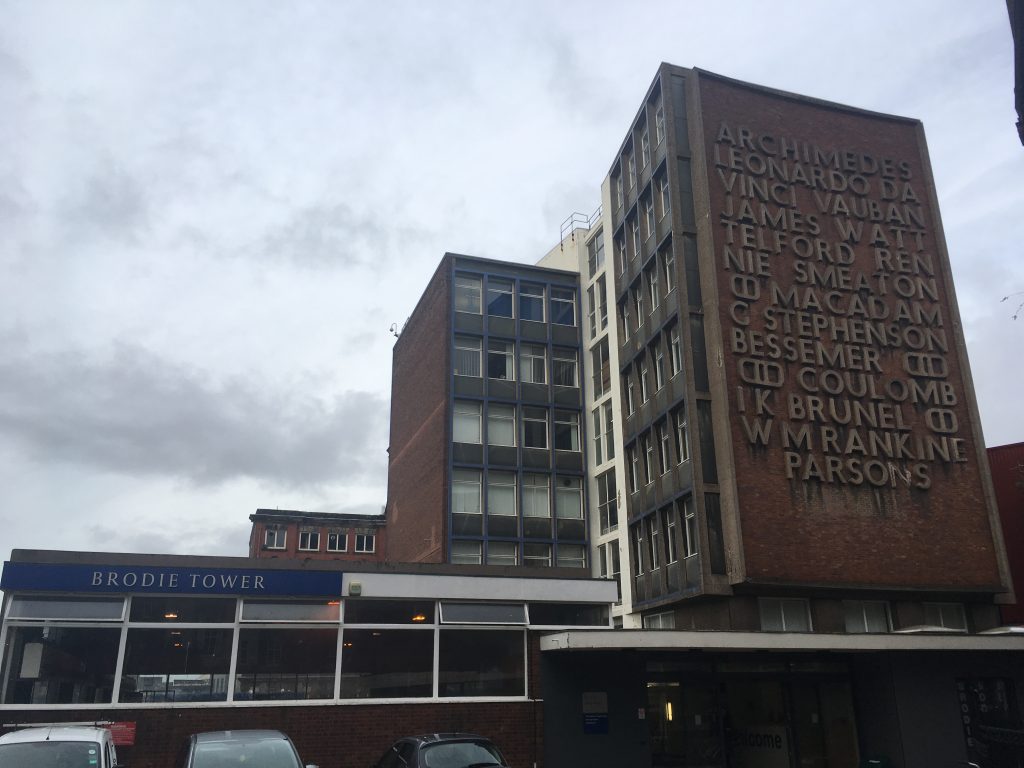 Although from the exterior Brodie Tower looks like your run of the mill shit university building, inside you are able to peer into the world of the Engineering workshop. Like a zoo, it’s all very strange. 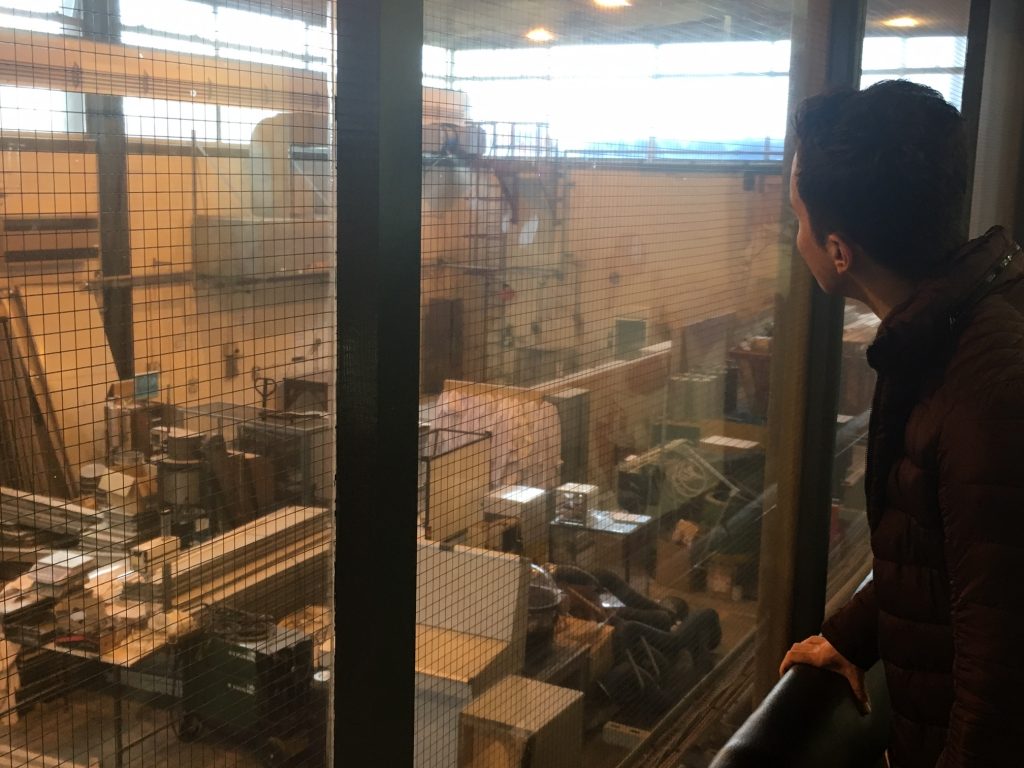 Now to the Muspratt Building, now it isn’t aesthetically as poor as the others, it feels fairly modern and the walls are fresh and white. However, as you enter the Building it seems to be a technological failure. 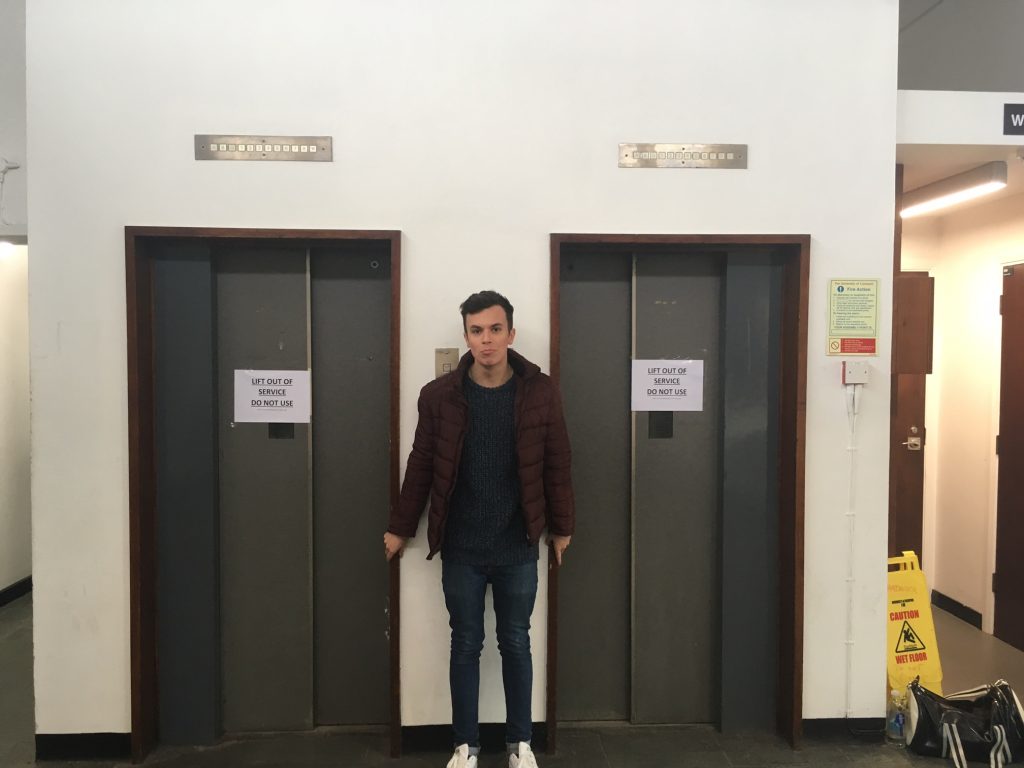 First of all, there are random loud noises coming from the lights; even after you vacate the Muspratt Building, the ringing sound will pierce your ears for several minutes.

Then we have the lifts which have had the same passive aggressive underlined, capital letters in bold type “DO NOT USE” sign for a while now. In other words, Muspratt is all style and no substance – like the popular girl at school who now works full time at Gregg’s. 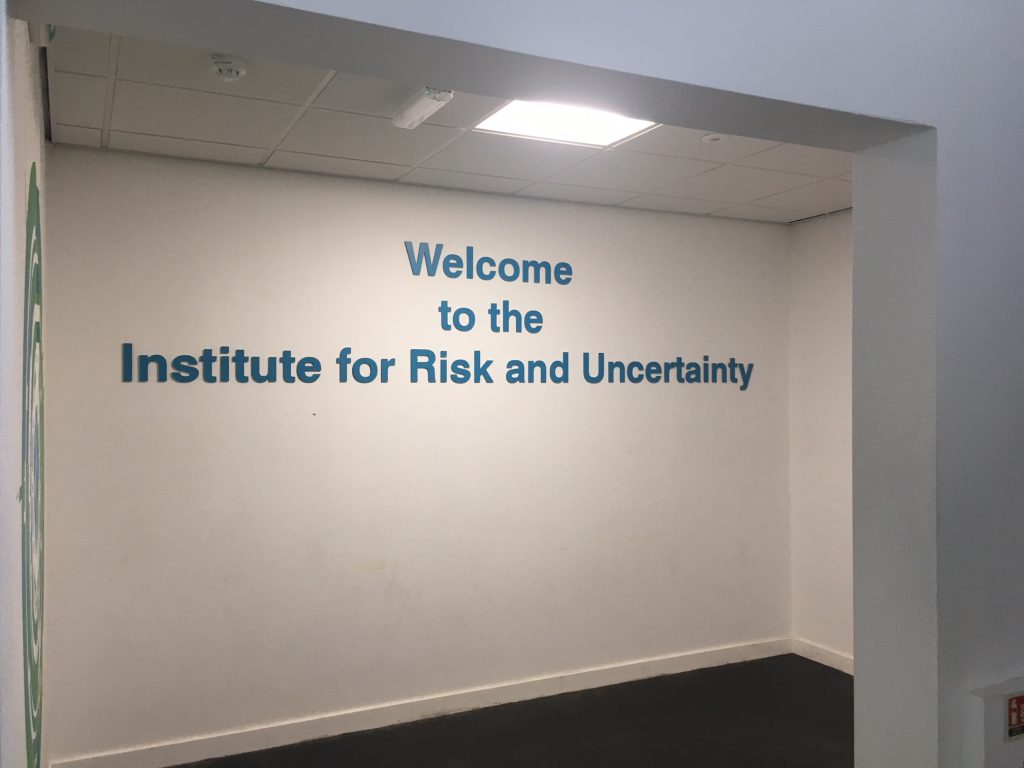 I’m pretty ‘uncertain’ about this building to be honest

The best way to describe the Oliver Lodge Building is that it’s the Universities equivalent to your dad’s shed. A dumping ground of random furniture and old equipment, the Oliver Lodge pales into insignificance next to the Central Teaching Hub. Unloved, untouched and home to the worst staircase of all time. 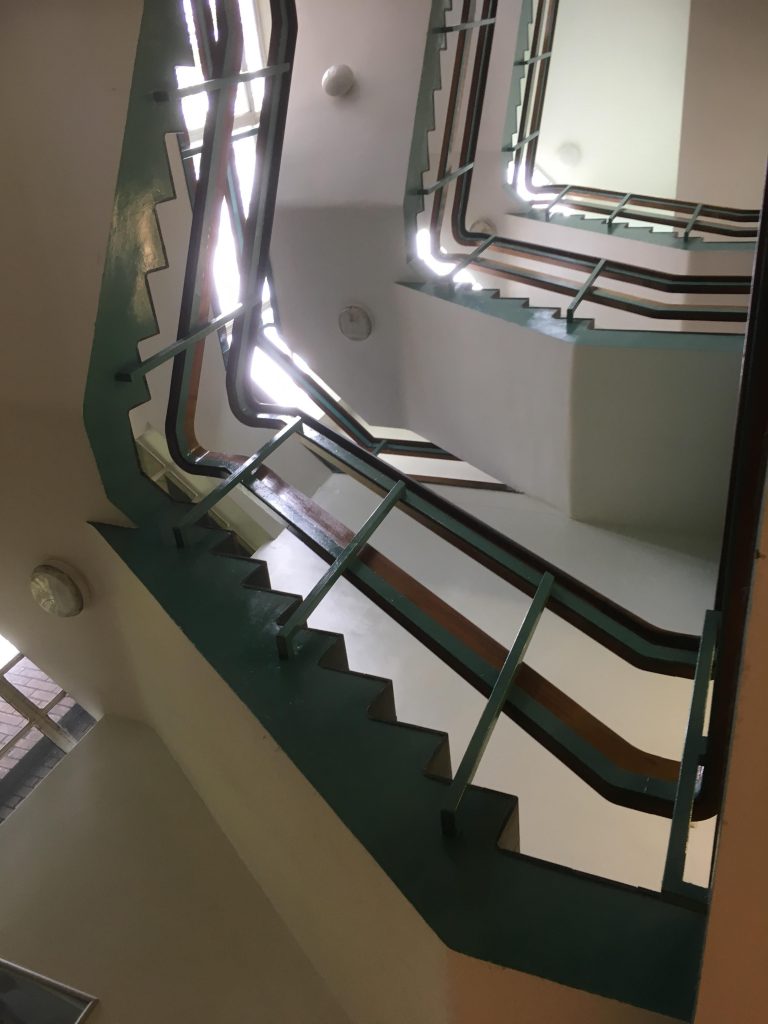 However, it is not the interior building itself which is the most awful part, it’s the odd bridge-like construction which is connected plonked on to the back of the main entrance. Like the windows to the most depressing office on earth, this eye-sore ruins anyone morning stroll through campus and is enough to make you want to crawl back to bed. 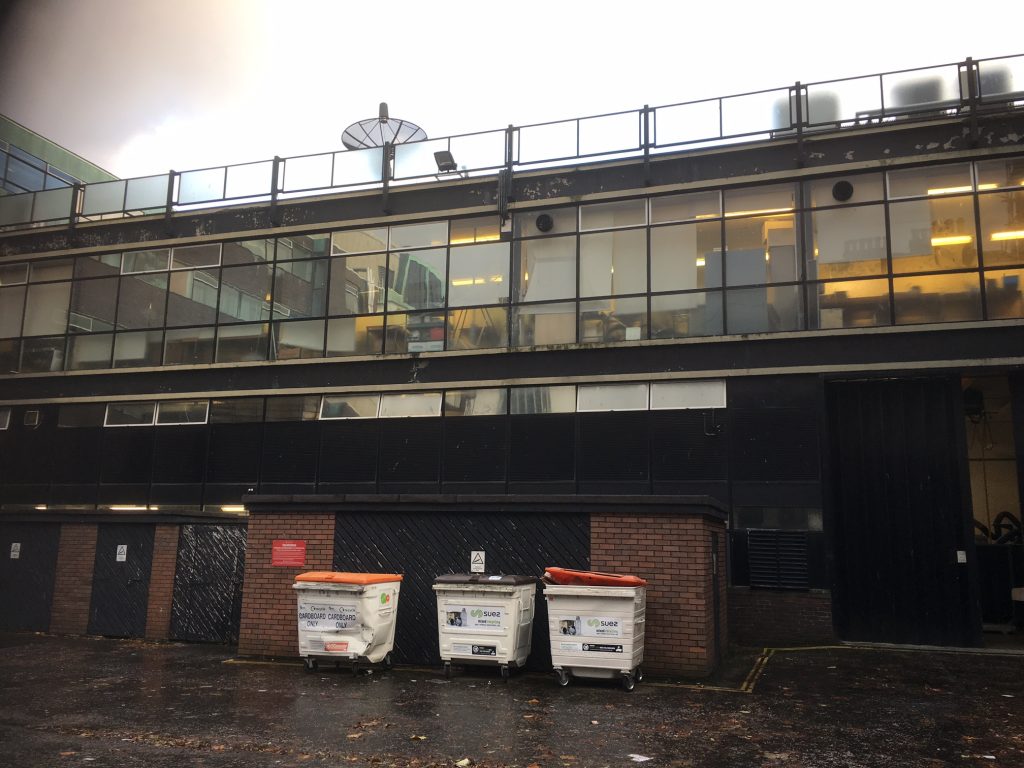 And there you have it a guide to the worst looking buildings on campus. “Ah Liverpool has a really nice campus, doesn’t it?” you’ll hear them say and they are right, you’ll just spend all your time in the rubbish parts.