21 struggles only people who lived in James Baillie will understand

What the fuck are silverfish?

If you were lucky enough to land James Baillie after putting it as your first choice without being booted over to The Tannery/Oxley/Carr Mills (where even is that?) then you'll know the JB culture included some tragedies people in Charles Morris could only dream of.

Here's 21 you'll definitely be familiar with…

Who chose them? Were they really the cheapest option? Who looked at them and thought "yes, these are the perfect student curtains." And for all the freshers moving in armed with fairy lights and 278 polaroids, they really do ruin the aesthetic. 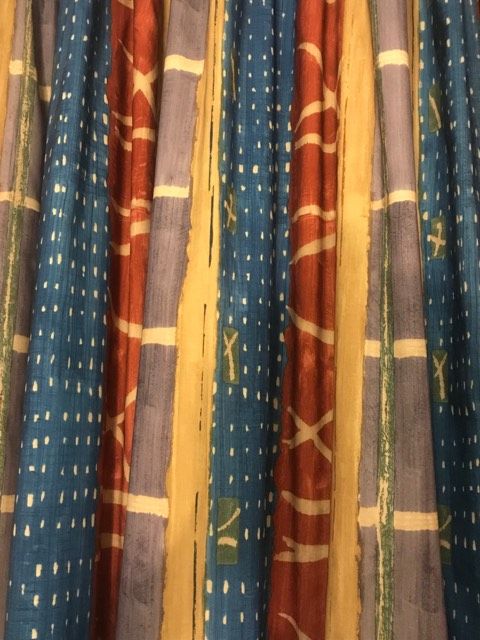 It always seemed longer when you were walking up than you remembered, but it felt like 2 seconds driving down in an Uber. The worst part was walking back from uni and thinking you were nearly home, when actually, you still hadn't turned down North Hill Road.

Brought someone back from a night out? Guarantee the flat three floors below will hear as well. Fancy yourself a budding DJ? Get ready for some complaints. 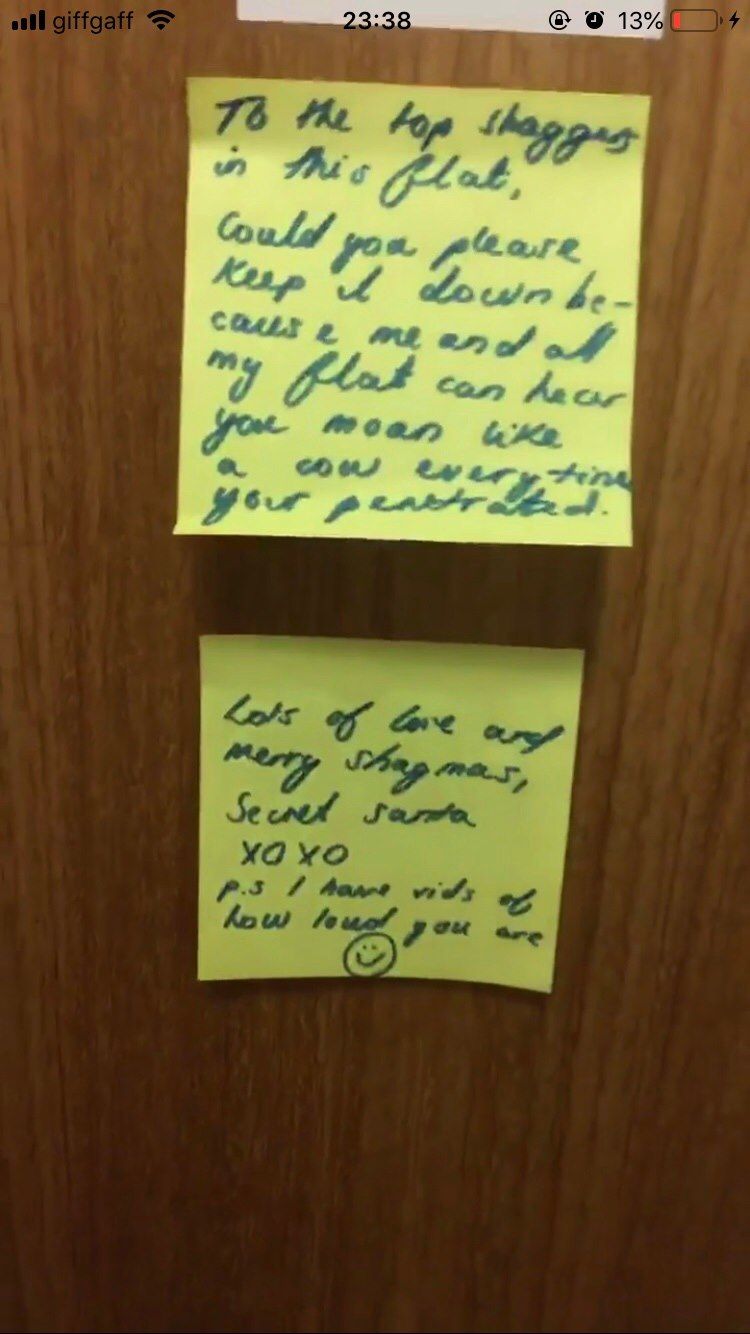 The distance to the washing machines

The only silver lining was the £78 of credit they gave you on the app at the start of the year.

The passive aggressive emails about the bins

Of course the only time one of the thousands of fire drills was real was when some idiot left a bin jammed in a door while they went to the flat opposite to borrow a filter.

Cue the passive aggressive emails from the James Baillie staff complaining that their actions were a fire risk and if it ever happened again, the WHOLE flat would be charged. Did it happen again? Yes. Was anyone ever charged? Of course not. 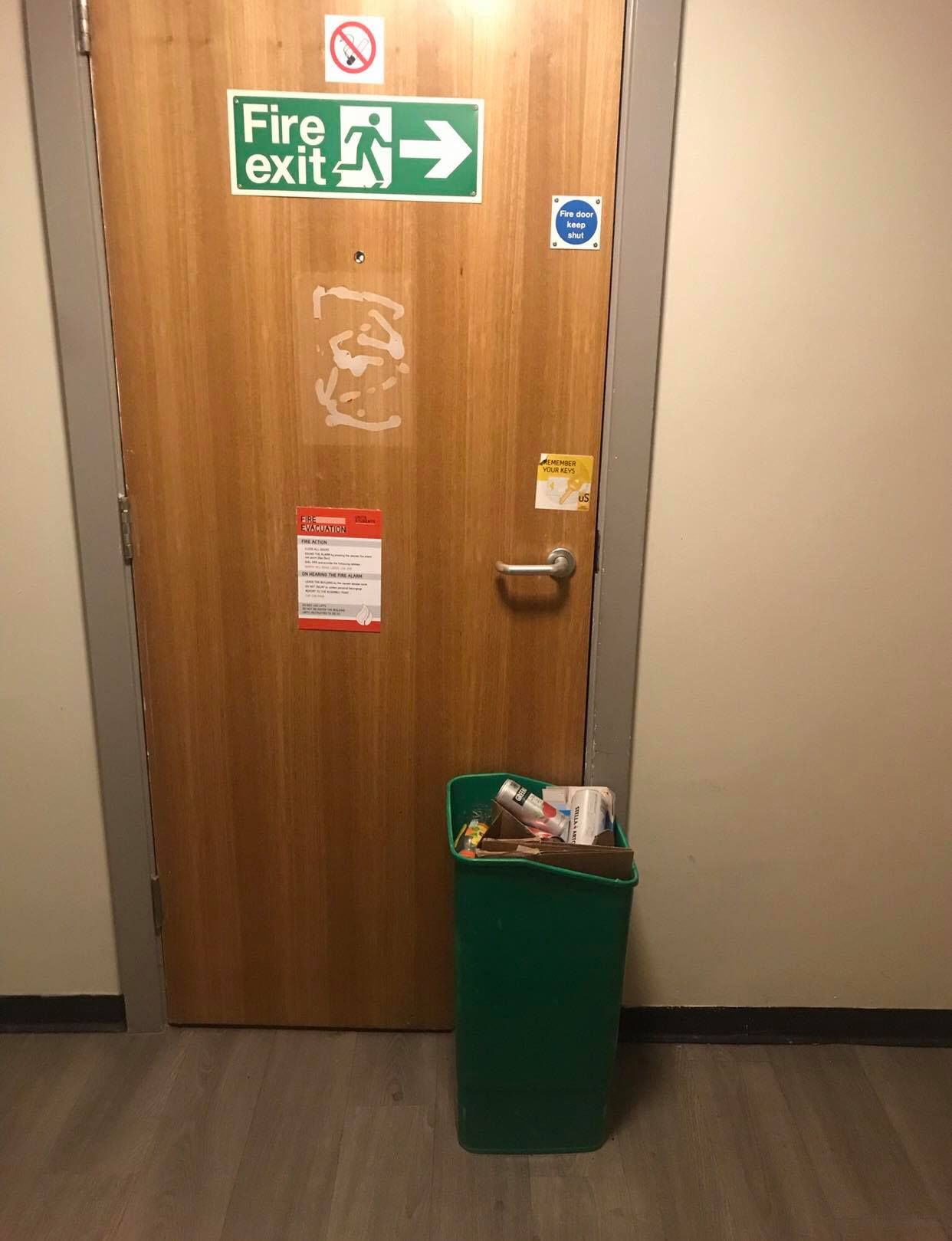 That one morning every three weeks when you woke up feeling genuinely productive was always ruined when you got to the kitchen, started to make a coffee, and saw a rat run past the window.

What are they? Where did they come from? Why had you never heard of them before JB? And why haven't you seen them since? Growing and procreating under your dark, damp James Baillie desk, thriving off food crumbs and ash. Lovely stuff.

Props to the showers for always being warm, but what was with the aggressive jet of water that bruised your back if you stayed in the same position for more than three seconds?

Conforming to the fashion

3 months into living in James Baillie and Charlotte from Surrey, now known as "Loz," has ripped open the knees of her Topshop Jeans, bought 6 pairs of emergency flares, and goes through 30g of Golden Virginia – Every. Single. Day. 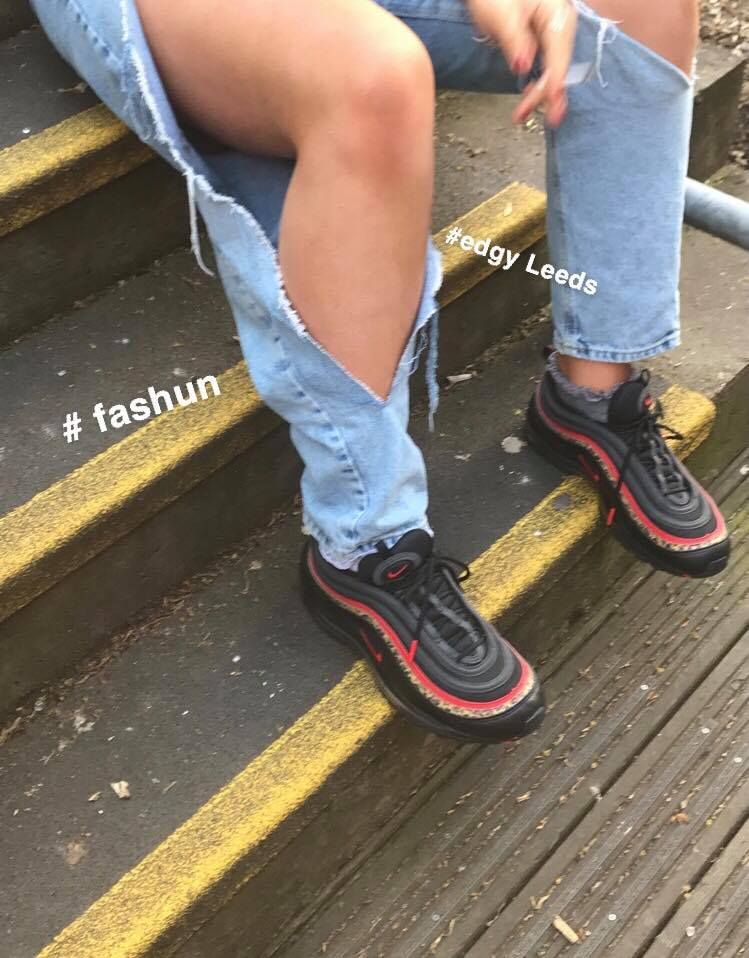 Itchy, scratchy and covered in holes that were definitely harbouring an array of STD's, these sofas were not the ones to be sat on when you were eating.

The length of the bedroom compared to its width seemed like the worst thing in the world when waking up with an awful hangover. 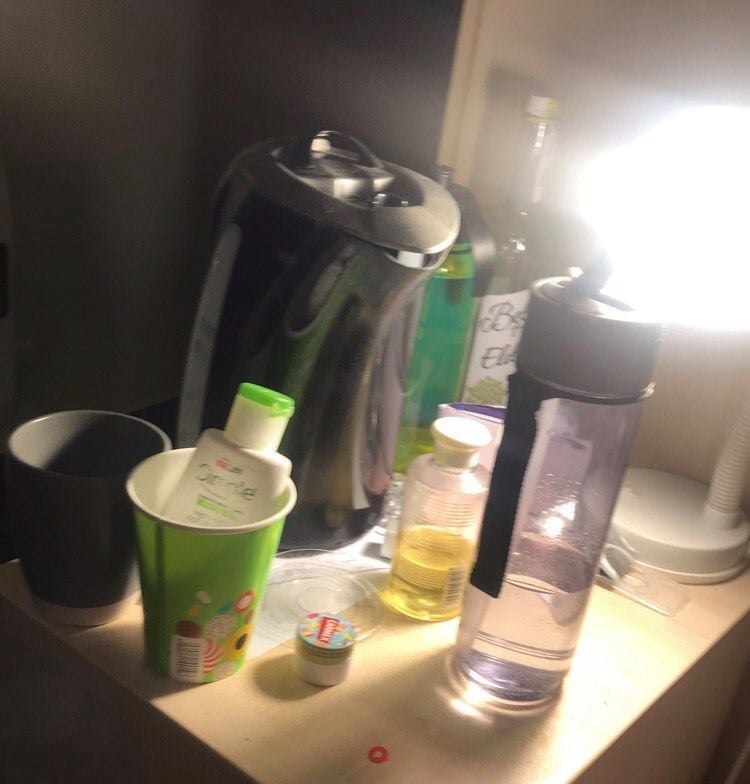 Waking up next to the kitchen kettle? Just another day at JB x

Giving that hospital vibe all day everyday. Life hack: stick an orange Saino's bag over the lights in the kitchen for pres. Hello, mood lighting!

Witnessing disintegrated mouldy lemons and an actual shit in a pan was enough to scar you for life. And that was on top of the takeaway box that had been there since freshers and had a new life form growing inside, and a sink blocked with 3 week old pieces of pasta shells and peas. No-one wanted to touch it, so the problem only grew. It was a vicious, paradoxical cycle of hell.

Getting changed in front of your window

If you were on the same side as the massive drop over the woods, lucky you. If not, and weren't used to having to close the curtain every time you got changed, you made sure to put on a show.

You heard it here first – you actually have to take the bins out yourself. Or alternatively, you can let the bin bags turn into a fifth kitchen wall as they build up to the ceiling. The choice is yours. 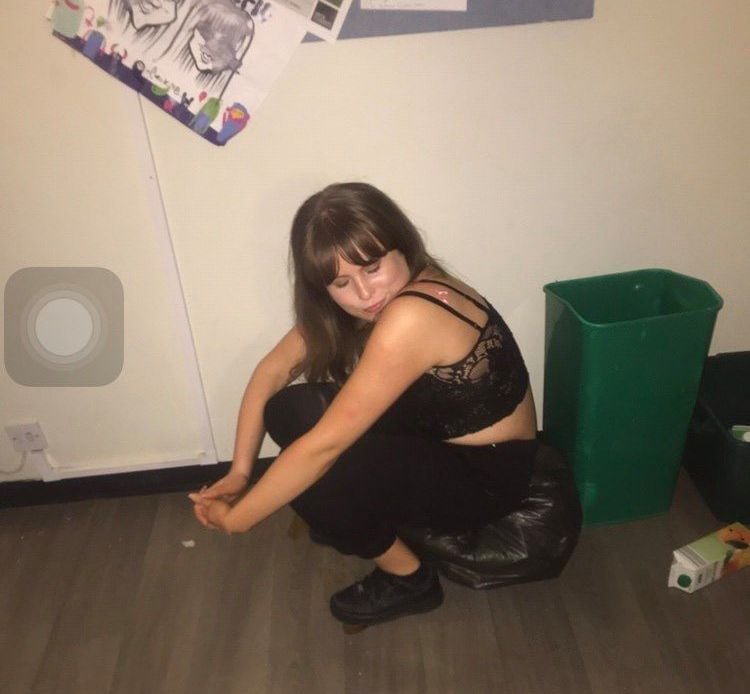 The nearest quick fix for some food was One Stop – but that was way too far, and you were definitely too deep into your overdraft to order a Deliveroo. So, for the first time ever, you ventured to the vending machines. Surprise, surprise – they were empty. Thanks a lot, JB.

Panic ordered an outfit because you felt like you weren't edgy enough for James Baillie? You weren't getting that anytime soon. There was no post on weekends as the office was shut and you couldn't go and get your parcel without having received an email from the office, even when you knew it was there. You love to see it.

Using an almost empty tub of hummus with a bit of old carrot in as an ashtray? Completed it mate. 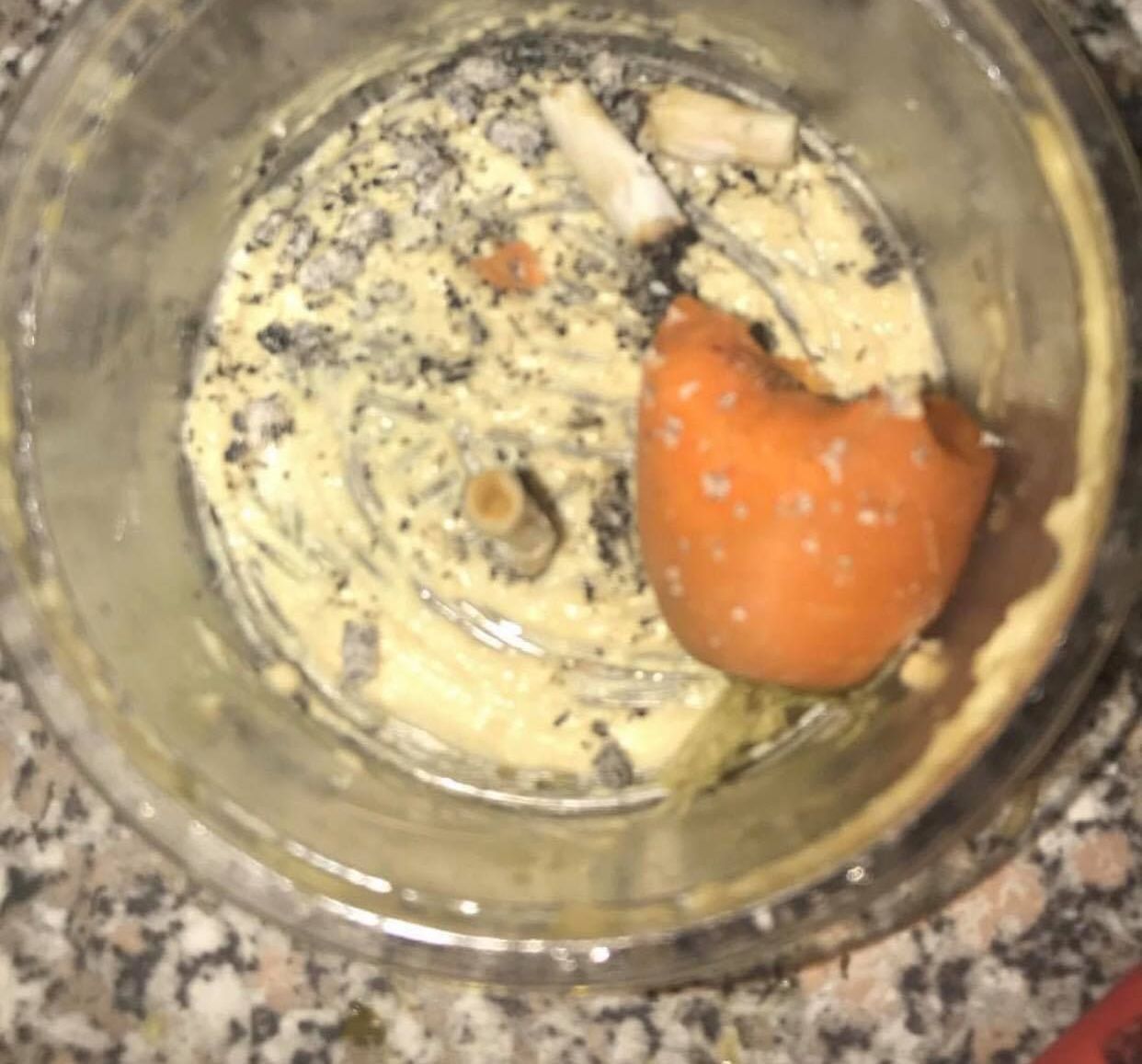 But, it was our disaster

Apparently the D and E blocks have been refurbished, and this is what they look like now… 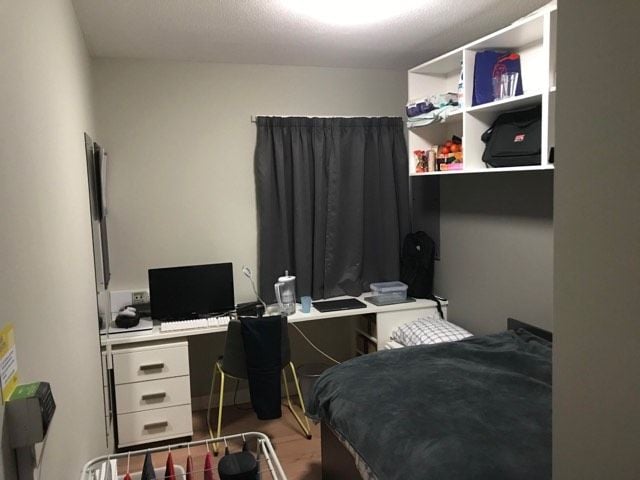 What fresh hell is this? The almost double bed, the non-patterned curtains? People living in this luxury will never know true James Baillie culture.

Would first year have been the same without all this shit? Nope. Would we have changed a thing? Absolutely fucking not.

‘I’ve resigned myself to being stuck here’: Leeds students stranded abroad due to COVID-19