This is how Lancs women keep themselves safe, and how you can help

‘I don’t trust that the university will believe me’

The #notallmen hashtag and conversations on women’s safety have become one of the most talked about topics on most social media platforms, following the tragic death of Sarah Everard, a young woman who was simply walking home at night.

If you’re a girl reading this, this scenario is probably familiar to you. If you have walked alone at night, you’ve probably held your keys between your fingers, or made a fake phone call to a friend. The fear of being followed, called out, harassed, or assaulted is very real for many women.

If you are a boy reading this, maybe the information you’ve been hearing over the last week has come as a shock to you. But the truth is, most of the girls that you know will have had at least one experience with sexual harassment in their life.

We asked Lancaster University women to share their experiences, some tricks they use to keep themselves safe, and what they would like to say to the people who don’t understand. 88 women responded to our survey, and while we appreciate that 88 students does not represent a large portion of the student body, their stories are valid nonetheless.

90.8 per cent of women have experienced sexual harassment 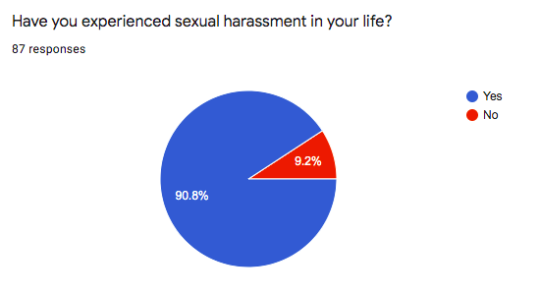 “At night, and alone, you don’t feel safe anywhere” 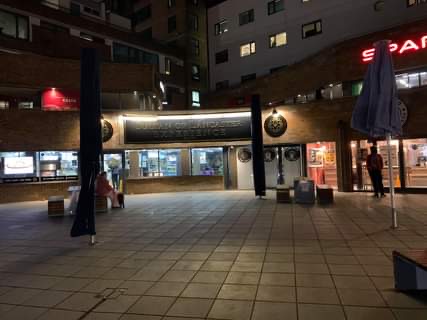 One of the reasons they do not feel safe is because these instances of harassment nearly always go unpunished. Jennifer said “If you complain, nothing happens. The perpetrator gets a two week suspension, even if there is proof. It could all be on video, they don’t care,” and Amelia agrees by adding “I don’t trust that the university will believe me if I went to them about my assaults on campus.”

Some other reasons given as to why women do not feel safe at university is because of the lack of lighting in certain areas, making campus very dark at night. “I could definitely feel safer on such a huge campus, especially when it gets dark and lighting is minimal” says Delia. Most of these incidents happened at night when women have been “run after by a drunk guy on the way home” or “two men in a car pulled over right next to me and they were watching me.”

It’s the same story in town. Madison says that often she feels safe, but sometimes when she is walking through town at night she gets scared because “there’s lots of alleys in town, and some of the streets aren’t amazingly lit outside of the very centre.” 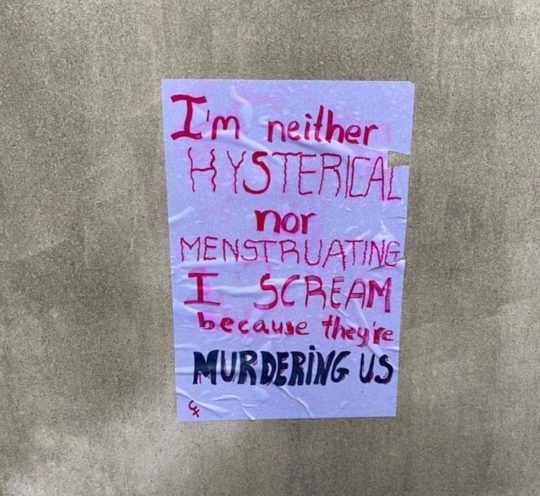 You’ll probably have seen info-graphs on how women can keep themselves safe over social media. These various tips and tricks include things like holding car keys between your fingers as you walk, or even buying your own personal key-chain taser.

We asked the women of Lancs what methods they use to stay safe, and many are the same. “Always take a flatmate with me to the shops or takeaway places if it’s dark” was one method offered by Celine, and “I pretend to talk on my phone” was another offered by Natalie. Another important method is to let other people know where you are. “I have my location visible to all my friends.”

Going on group walks with friends, especially when it’s dark, is a popular solution because there is power in numbers and you’re less likely to be bothered then. Many of the girls said that they felt safer when they were walking with another man – be it a friend, boyfriend, or a flatmate. “I always try to get a male friend to walk me back or meet me halfway” says Lucy, and because men are less likely to be assaulted and harassed, one girl said that she even tries to dress more masculine so she doesn’t stand out as much. 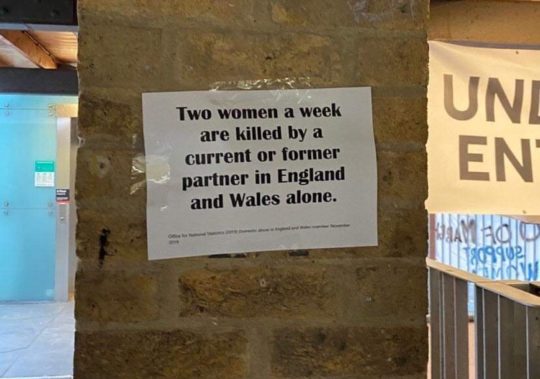 Finally, we asked the women of Lancaster what they wish they could say to all the men who don’t seem to understand. Nora said: “We’re not saying all men, it’s some men, but when the rest of you ignore their behaviour you become part of the problem.”

Sarah says: “If you wouldn’t want it to happen to your daughter, then don’t do it to someone else’s. Be respectful, be kind, and try to see it through our eyes.”

Daphne used an analogy for the situation: “Imagine carrying around £50,000 in cash and everyone knows it, not everyone’s going to rob you, but you’d be scared because you don’t know who might.” Sophie calls out some of the misconstrued messages that have been seen online: “Nobody genuinely wants a 4pm curfew for men, we just want to feel safe. Don’t let the extremities distract you from the truth.”

In order to fight this issue, everyone needs to be on the same side. This isn’t a matter of reprimanding or blaming all men for the faults of some. “Please listen, we’re not looking for attention, we’re looking for safety” says Hannah.

“I just want to feel safe”

It might be hard to read about this, and to constantly be hearing about it on social media and the news, but it’s even harder living through these fears and dealing with these experiences everyday. We shouldn’t have to live through this, so please listen and help.

A Lancaster University spokesperson told us: “Lancaster University does not tolerate the harassment of women. We take meaningful action to create a positive environment for all students and will support those that come forward to report sexual misconduct.

“We strive to create a safe, inclusive culture both on campus and beyond by taking practical steps to educate and inform. Our colleges and students’ union are also involved in this important work, and as part of our student induction we include education on consent. To make it easier for students to report this behaviour the university has introduced a hate crime reporting app (Unisafe) and, as part of an in depth look at our sexual conduct procedures, we have strengthened training of investigators who respond to reports of sexual misconduct and provided dedicated resources to support the processes so they are handled appropriately and swiftly. We also have a new Dignity in Student Life Policy which informs the student disciplinary processes.

“Although Lancaster University campus has an extremely low rate of recorded crime, creating a safer society for women and girls requires continued vigilance and effort and we as a university remain committed to that task. We continue to work closely with external agencies including the police and strongly urge anyone experiencing harassment or abuse to contact our Student Council Officer at: [email protected]”

This was an anonymous survey, all the participants were assigned fictitious names to ensure anonymity.

I let my Animal Crossing villagers choose their Lancaster college