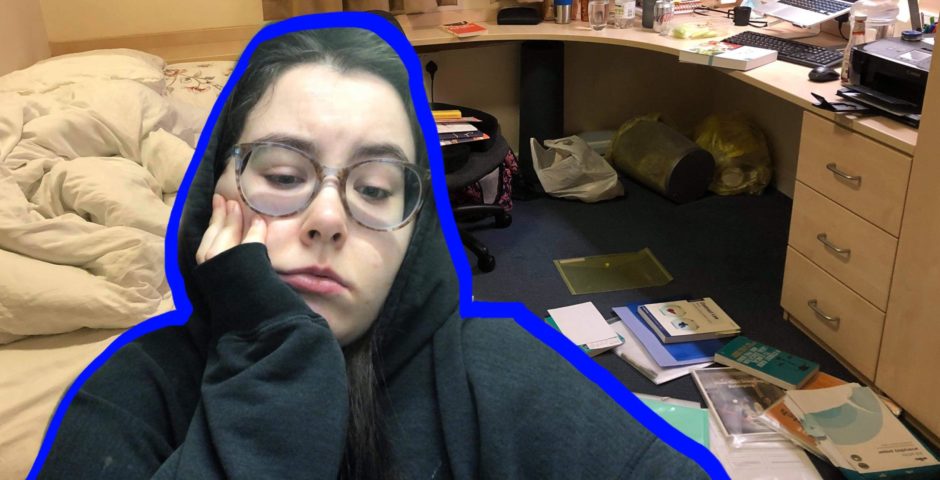 Until today, I hadn’t showered for five days and I’m isolating from everyone around me including those in my flat because I’m scared of them knowing how low I am. Bit of a weird start to this piece but sod it – it’s the truth and had to be said. For the last month, my depression and anxiety has been destroying my life and isolating me.

University Mental Health Day is a national campaign. It’s run jointly by Student Minds and UMHAN, focusing on promoting the mental health of people who live, work and study in higher education. It aims to improve students’ and staff’s awareness of support and promote a sense of belonging. It also aims to improve understanding among students and staff of the role the environment and community can play in protecting student mental health and raise awareness of the specific challenges that students face when getting support for mental health.

Talking about my issues has been, well, hard

Coming from a family that preferred to ignore mental health issues until they became so serious, they couldn’t be ignored, then blaming the person affected, talking about my issues has been, well, hard. Then coming to university and doing a degree where the national view of students in that degree is that mental health issues are taboo and could cost you a job if you discuss it? Well, I think that’s a pretty big way of setting people up to fail. I attempted suicide about six times from the ages of 10-18, with only one of those attempts being known to my parents. I have done and continue to self-harm multiple ways; binge eat until I’m been sick and never really feel anything except empty and alone.

I just lost all sense of reality

On Halloween 2020, I attempted suicide. It was just after Boris Johnson announced the second lockdown and I just lost all sense of reality. Very few people know that, so what better way to announce it than in an article everyone can see? The counselling service was unhelpful at best. They were pushing me to talk to them after a horrible experience where I just wanted to be alone and sleep, then after two tries to contact me through email, I was taken off their list of people to contact and told to self-refer if I felt like it again. 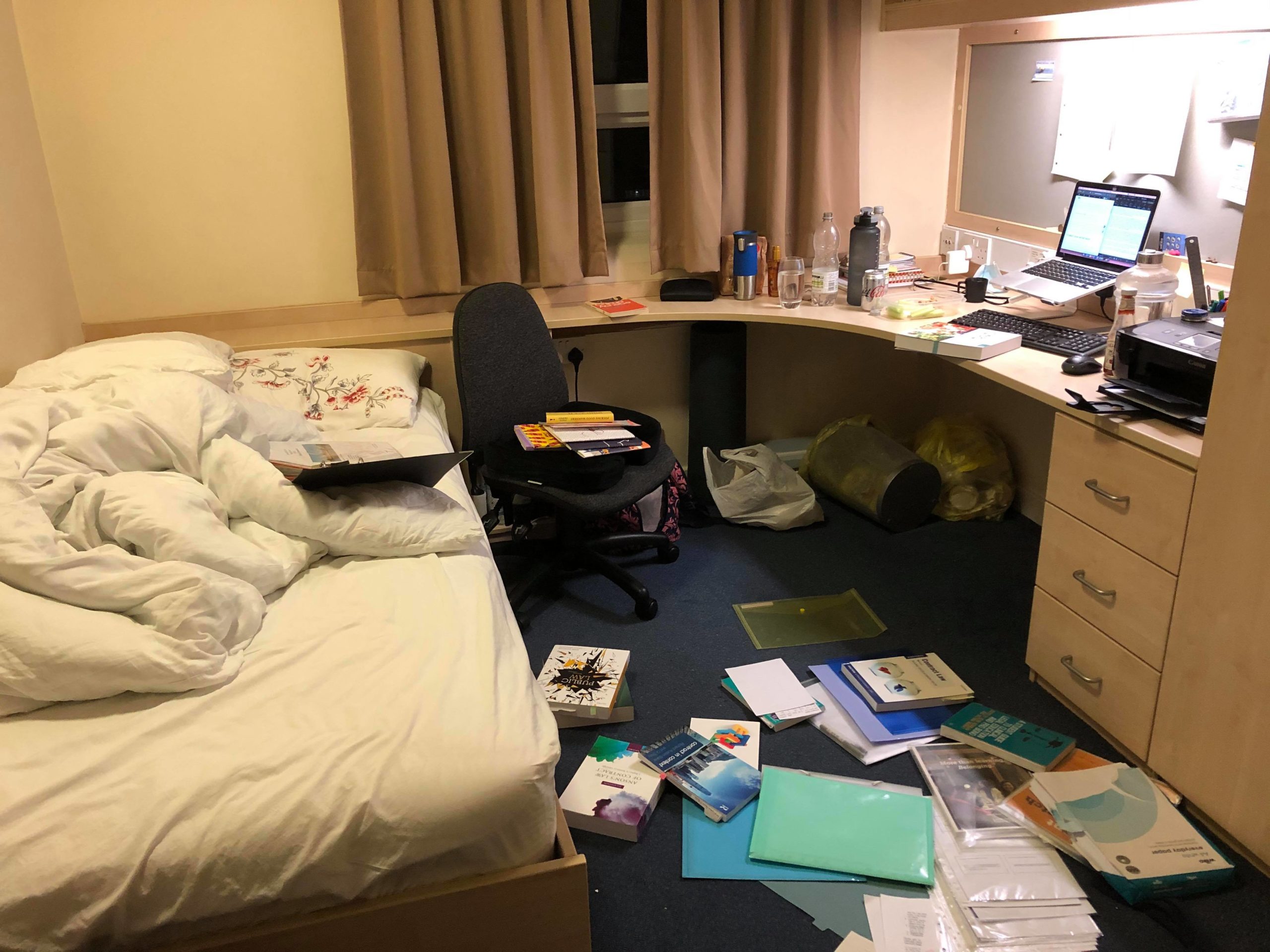 Last month, I was told my issues were more than they could handle, and I had to self-refer again to the GP and then an outpatient service.

You may be asking ‘Why am I telling you this horrible stuff about my life?’ This is the reality of my mental health issues. It’s probably the reality of other students in this university who are scared that no one understands what they’re going through or that they aren’t good enough because that’s what their mental health issues are telling them daily. It’s not something I want to glamourise or make out to be something people – especially uni students – can get over easily. It’s been like this for several months for me. It may be like this for people since the start of the academic year.

Now, I love my degree. I can’t fault the academics who have the additional role of being academic advisors, year tutors or senior members of the Law School. My year tutor is one of the kindest woman I know and speaking to her after everything made me cry just out of relief that someone cared. Someone really wanted to help.

The issue is that higher ups and those in a position such as counselling or GP seem to be underfunded or lacking enough knowledge to understand that depression isn’t just a messy bedroom or sitting alone in a room crying. Anxiety isn’t just panic attacks or overthinking every little thing. OCD isn’t being a clean freak. It’s constantly thinking you’re worthless, faking smiles and laughter because you want to look normal, rewriting a sentence again and again because it doesn’t look right, then thinking there’s no point in trying because you’re useless and never going to finish a piece of coursework.

It’s wanting a hug and someone to listen to you, but being terrified that they will see you as nothing but a freak and leave you once they hear how much you’re struggling. There’s a whole host of signs and symptoms that are not talked about, and when these are ignored, that is when the suicide attempts and self-harming begins.

People forget about university staff a lot. They’re struggling too. I see it every time I have a meeting or a seminar that a lot of my teachers are tired, upset and struggling. It sucks watching a seminar tutor struggle with Wi-Fi and look close to tears over it because they just want to teach us.

We view lecturers as the people to turn to and when something goes wrong, it’s their fault. They are the ones who are working to get everything on to a new system, often working beyond their normal working hours as the demand has increased for them. We need to remember that they are just as stressed and overworked as we are (if not more), and they need help just as much as students during this pandemic.

Get in touch with a friend, listen to a podcast, go for walk

This University Mental Health Day is more important given Covid-19. People are starved of human contact – something that has been proven to decrease life expectancy and increase symptoms of mental health issues. Send a friend a message asking them to go on a socially distanced walk. Listen to a podcast on mental health at university (Ted Talks and YouTube are goldmines for these). Attend one of the events the university are putting on for it. Knowledge on this topic can really help someone in your life if they know you understand their issues.

If you can, send a lecturer an email saying how much you appreciate them. They’re working hard and I’ve seen how much their day is made when they’re told that a student likes a lecture or has taken on a comment and improved themselves as a result.

University Mental Health Day is about the people who struggle being given more help to thrive in this environment. To be able to make it to graduation knowing they were supported and knowing that the uni cared about them. Take time to speak to people you know are struggling today – you don’t know how much it helps to know someone cares.

• ‘Lancaster Survivors’ on the importance of trigger warnings 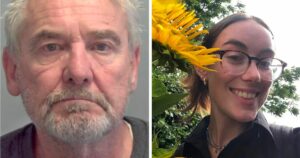 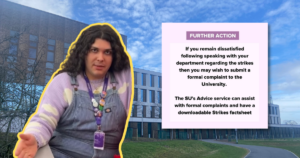 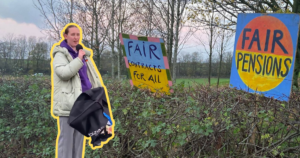 ‘Absolutely not the f**king case’: SU president calls out her officer and calls LUSU ‘sh*t’