The accusation claimed he embezzled over £280

At around 1AM last night the King's Banking and Finance Society posted a statement on their Facebook page claiming that the President of the society from 2016-2018 had been embezzling the society's money into his own personal bank account.

The post urged society members to force the President to step down and return all the supposedly stolen money. 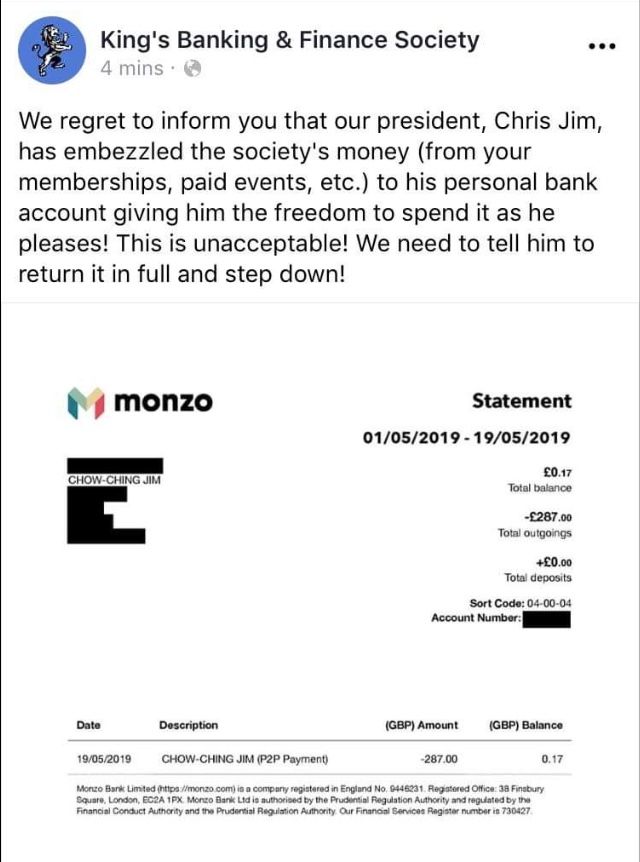 The false accusation made last night

Yet by 6AM this morning the post had been deleted and instead another statement explaining how the accusation of the embezzlement was wrong.

The post explained how the screenshot of the Monzo account was an authorised transaction made to pay for expenses which had been agreed by the other committee members.

The statement was also published on their Instagram page. 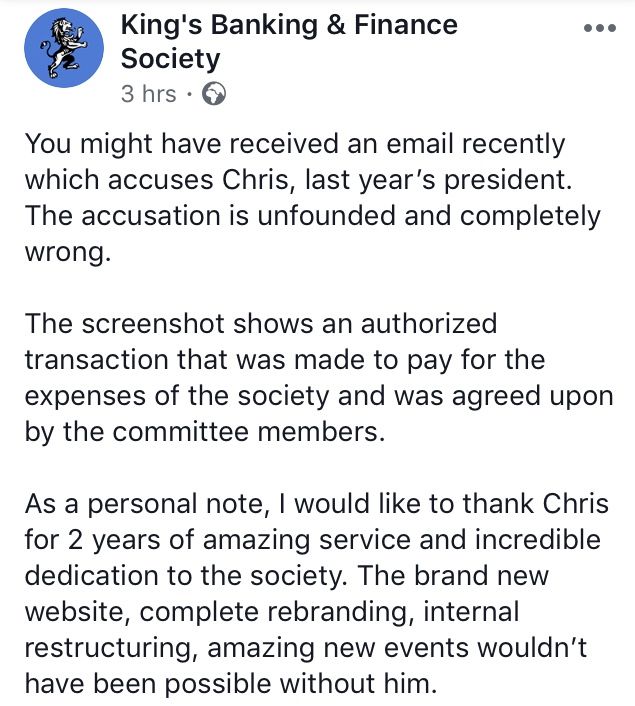 The statement being revoked early this morning

The Tab has requested a statement from the current society President, Samon Sanchuli, and the falsely accused previous President, Chris Jim.

Both are still yet to make a statement and explain the reasoning for the accusation in the first place, as well as the unusual timings of the post.