I compared my Cardiff University experience to my Mum’s

Honestly, I don’t know how she coped without VK

After speaking to my Mum, I realised just how different university was for her and I, but also how some things clearly haven't changed.

My mum, otherwise known as Jenny (the sassy blonde in the middle of the pic), attended Cardiff University between 1985-1989, where she studied a BEd (Bachelor of Education) in English and Drama. She lived on Colum Road and Woodville Road in student houses during her time at Cardiff.

I asked her about her time at Cardiff Uni, and how it differed to mine:

Our spending habits haven't changed that much

"We had nowhere near as many clothes, and most of our money went on food or beer, after rent. I don't remember drugs being as common as they are now either", mum said.

According to Save the Student, students still spend most of their money on rent, at an average of £406 per month, followed by food at £108.

However, the difference is that when our parents went to university, student loans didn't exist, so they had to work for beer and food money.

Student halls and houses were a lot less glamorous

"You got dropped off, but you'd have just a suitcase and a few kitchen bits. We didn't take fairy-lights or room decor or any of that. We just took what we needed. I didn't really have much to take. Lots of us didn't live in halls."

Whereas, Cardiff University halls are now pristinely decorated, with a good percentage of girls rooms featuring the all-important fairy lights, an essential for the perfect ambiance. 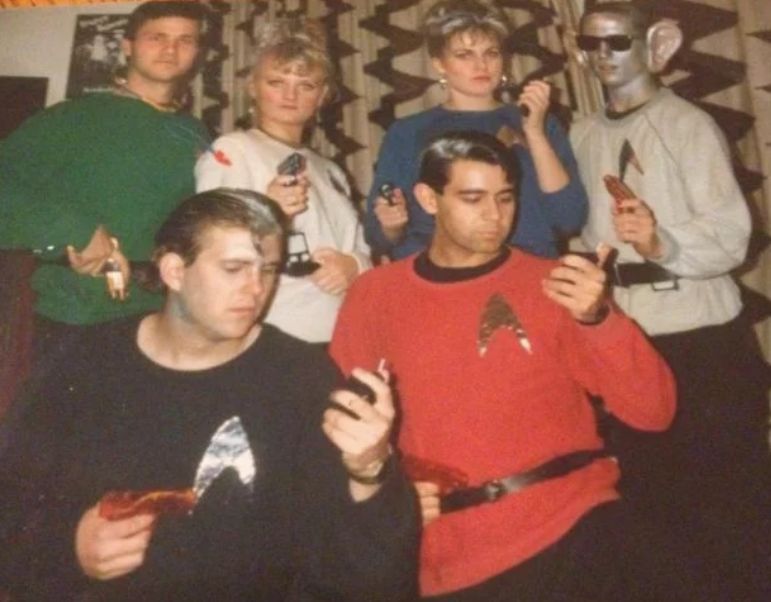 "We just went out and met people"

"No phones meant that we went out with whoever and met lots of people."

Nowadays, we get home from lectures, make dinner, perhaps watch Netflix for a few hours, work and go to bed (unless there's a social). When my mum went to university, they couldn't just sit on their laptops or phones all night, so there was probably more of an incentive to go out and meet people in order to fill your time.

There was less pressure back then *acts shocked*

"There was a lot less pressure to do well because we didn't have to pay as much. I don't remember ever stressing about what I was actually going to do once I graduated, because everyone tended to get a job pretty easily compared to now." 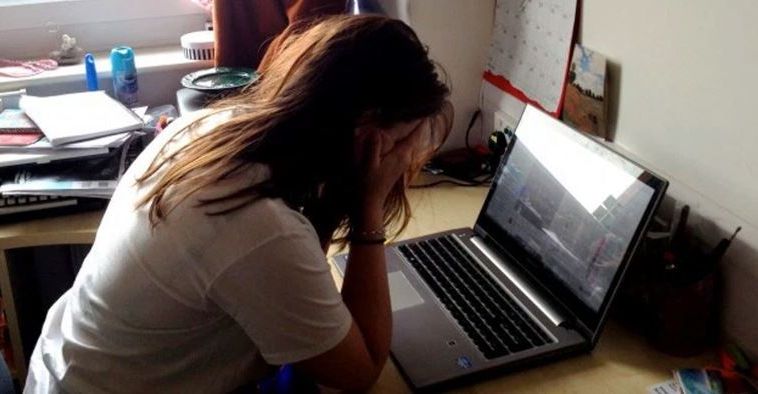 Don't we all wish it was still like that? Now uni is full of stress, even in first year I feel like students never really get a break. There's constantly exams and assignments, or careers talks which make you realise how rubbish your CV really is, then there's the volunteering to try and make your CV better. It never ends.

"We had much lower expectations"

I think now there is such a positive stigma around uni where it's the best time of your life, and the portrayal of uni (especially American) in the media gives young people a false idea of what university is actually like.

"We went, not really knowing what to expect because most people's parents didn't go to university so they had no stories to tell us. It was only really intelligent people that went to uni when our parents would have."

Whereas now, a lot of our parents have been to uni and have countless stories to tell. I suppose, this makes us more excited for the experience because we expect such great things.

The words of a very important lady: "All I can remember is that we went out and got drunk." Sounds like a successful and rather familiar Freshers' Week to me.

"Most of my friends went to university, but it wasn't as common as it is now. Lots of people went straight into work from college in banking, policing, nursing and construction."

"We made money to live off, not to travel"

Weekends consisted of work. "Hardly anyone got a student loan, so we had to have weekend jobs to pay for our food and beer."

Whereas nowadays, it is becoming the norm to 'find yourself' whilst working at elephant sanctuaries in Thailand, or building schools in the Philippines. When our parents went to university, they worked to earn money to just go out: "We worked all summer, no one really travelled. Sometimes, I would go on family camping trips, but that was it."

"Cardiff has always been the best place for rugby"

This one definitely did not surprise me. Cardiff is still, by far, the most joyous, lively and merry place to be during the Autumn Internationals and Six Nations. Whether you're in the grounds or boozing it up in The Prince of Wales, the atmosphere is one to remember.

I am told the drinks of choice in the 80s included snakebite and the classic pint. It seems well-loved alcopops such as our beloved VK were non-existent. You missed out there mum x.

Apparently, people used to go to university solely for the education, not the sesh?

"You went to uni and that was it. Hardly anyone dropped out or changed courses. You just stuck with it and finished it without even thinking about anything else".

"The Woody has always been the favourite haunt, we went there after results." 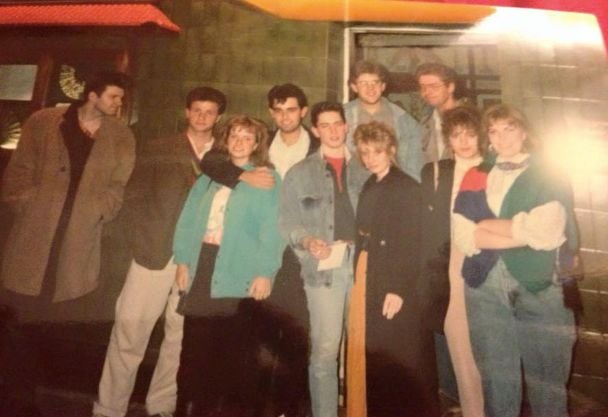 Mum continued: "The SU was cheap and cheerful, Clwb Ifor Bach (Welsh Club to everyone outside of Wales) was the place to go to see bands. As long as there was drink, we went." Sounds like us Welsh girls haven't changed all that much.

"We went to pubs more than we went to clubs, there was no house or drum and base. When I went, it was still the WHAM days", Mum added. It was hard not to giggle at this point.

Although we are similar to our parents regarding our night life venues, our dress codes are somewhat different.

"No one got dressed up in heels for a night out, we just wore jeans everywhere".

Although jeans can be seen everywhere in the SU on a Wednesday and Saturday, the same can't be said for other venues. It is unlikely that you'd see girls sporting jeans on a Tuesday night in Revs (unless they were accompanied by a pair of heels, of course).

So basically, students now drink more, stress more and dress up more. Honestly I'm still wondering what the SU would be like without VK tbh. But it doesn't seem like Cardiff University's changed all that much, we just spend a hell of a lot more to get in than our parents did. Oh and we take a LOT more selfies.