The annual Footlight’s panto is a spectacle like no other in Cambridge Student Theatre.

The theatrical truism – quoted in the show’s glossy, full colour A4 brochure “Pantos pay for Pinter” – could not be more apt: its two week run already sold out, the Footlights Panto is a moneywinner and knows it. It oozed excess. Costumes were lavish and colourful, and set design stunning: the audience gasped as the fully operational Vanilla Miller’s Mill was wheeled onto the stage, and the lowering of the Sheriff’s Castle from the roof even drew applause. 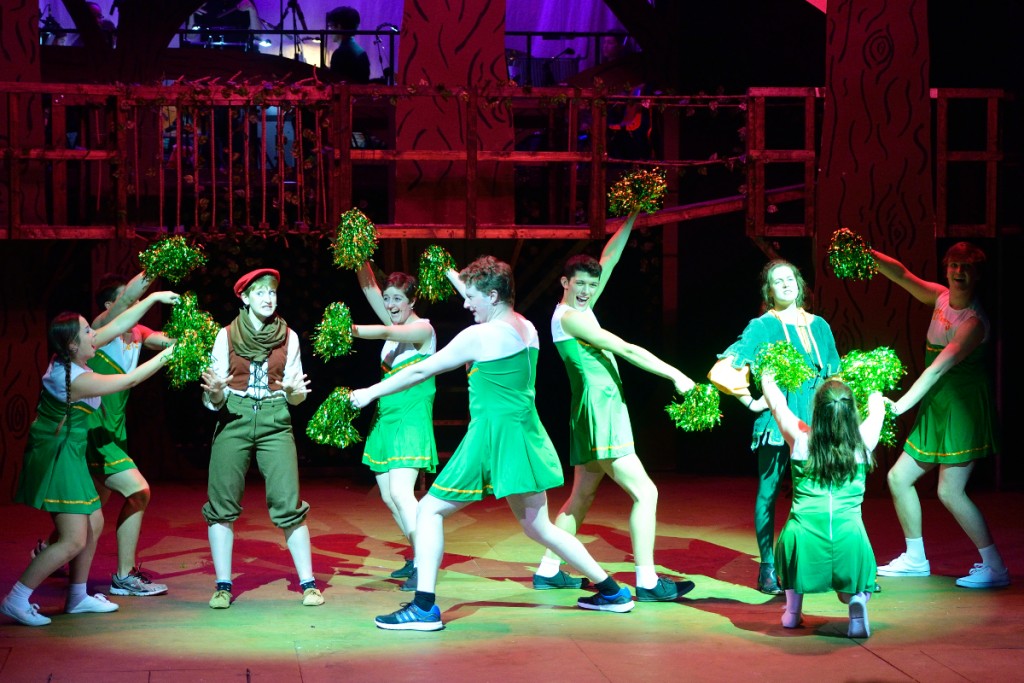 Judging such production values, no matter how slick, against other student productions with a tenth of the budget seems unfair. However, clever writing and strong performances from a diverse and talented cast make the show more than deserving of the resources thrown its way.

I am a cynical individual, but I must admit performances were almost always spot on: Orlando Gibbs seemed to relish in the fantastic malevolence of the Sheriff of Nottingham, Kyle Turakhia’s Miller was well realised, remaining likeable and consistent throughout his character arc, while Tim Atkin easily exceeded all the cliches expected of him as the Dame. The ensemble were well used, with parts like Lily Lindon’s Scribe and Jack Parham’s Will Scarlet managing to shine despite limited stage time.

However, the star of the show was without doubt Ashleigh Weir’s Maid Marian, a role made even more impressive considering this is her Cambridge debut. Any qualms were cast aside within two minutes of her taking the stage. Her performance was hilarious, loveable and utterly believable; and she was one of the show’s best singers – she stole the audiences’ hearts with the solo song “Against the Grain”. I look forward to watching her rack up Camdram credits over the next three years. 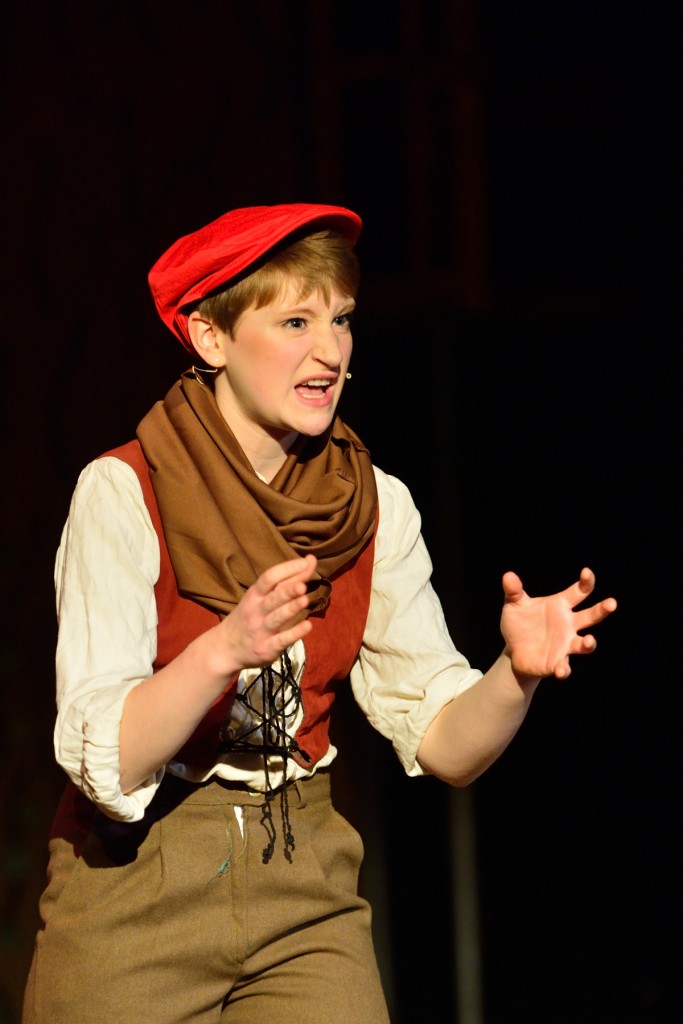 Though consistent, not all performances were perfect. Jack Needham’s portrayal of the  stoner-slash-Christian-evangelist “Blake” was, though brilliantly offbeat and certainly not badly acted, perhaps a little too jarring – the character seemed to be written in a disjointed way that required perhaps a little more confidence from the director and actor to fully personify. Also a little disappointing was Eleanor Colville’s Robin Hood – the show’s co-writer filled the role well, but didn’t quite imbue it with the personality and charisma it needed.

Kudos to her and Raphael Wakefield though, the show was bloody well written. The script was able to provide everything we expected from a panto while still remaining fresh, original and brilliantly self-aware, using comedy in a diverse number of ways. If the show struggled with anything, it was being both a student comedy and a kids show – it certainly erred more to the side of the former, with a strong political theme and many of the jokes that seemed to go over the heads of the children sitting around us. 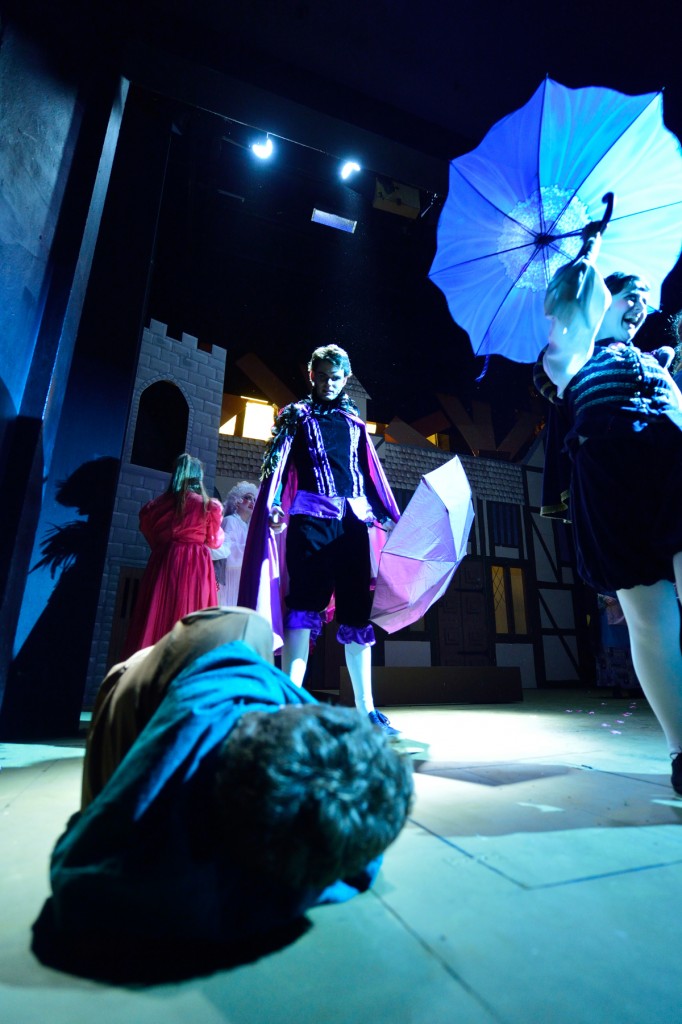 I can find no fault in the show’s soundtrack: the songs were funny, distinctive and memorable – full credit to Toby Marlow and Stephen Gage. Unfortunately the first song was lost amid technical difficulty, but this was quickly resolved.

Other aspects of the show were generally strong – staging was creative and dynamic, and choreography impeccable. Lighting was good but could have been more adventurous – the show relied more on its extensive and embellished sets to create a sense of space.

All in all, the Footlight’s Panto was Big Budget Comedy done right, making for an incredibly enjoyable night I simply did not want to end.