Hitchin-born Rhodes has been involved in music all his life – he had been a bassist in a band until early this year. However, until eight months ago, not even his band mates had never heard his voice. According to Rhodes, “guitar was my thing”.

However, we can only Thank the Lord that he decided to take the risk to go it solo. For the time being, it’s just him and his guitar but this has resulted in the mesmerising track ‘Always’ that found its way onto the Amazing Radio playlist and several plays on Radio 1. His EP ‘Raise Your Love’ has just been released and showcases his haunting vocals perfectly.

We spoke to him after his performance at the Emmanuel United Reform Church on Friday as part of his tour with Nick Mulvey – the church surroundings adding to his self-confessed genre of ‘atmospheric pop’ perfectly.

How and when did you first get into music?

I’ve been playing music my whole life. My family are really encouraging creatively but, I only started as Rhodes in the last 6-7 months. Before that, I was in a band as the bassist. Guitar was my main thing.

What are you working on at the moment?

I have just released my EP ‘Raise Your Love’, which came out at the end of last month. I’m now on tour and have been so for several months. Once that’s over, I will be back in the studio working on my new single, which should hopefully be out in February or March.

How would you describe your sound? 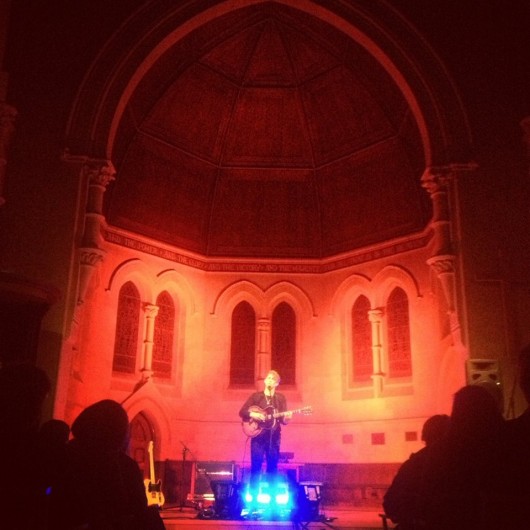 Out of the four songs on your EP, what’s your favourite song? Is there any particular story behind it that makes particularly poignant?

I am most proud of ‘Worry’. It’s written about the transition between being in the band to going it alone – worrying over whether they would still be there for me taking that risk, even though I walked away. Thankfully, they’re cool about it but I’m a worrier.

How did the gig with Nick Mulvey come about?

We share a booking agent so I got to do a show with Nick back in June and July. Then, he just invited me back on tour.

What was the aim behind your EP ‘Raise Your Love’? What sorts of inspirations did you call on and what sort of sound did you want to create?

The EP basically was a culmination of ideas and little stories I have had in my head since the beginning of time really. Everyone has them – some express them through singing, music or art, maybe. I do it through song. It’s basically everything that I ever been through and I tried to choose the songs that I was most comfortable with putting out at the time. It could have been any number but I felt these four were the best introduction to my music.

At the moment, it’s very acoustic and simplistic – just you and a guitar. Would you ever consider adding other instruments or getting involved in any collaborations?

I went to see The National last night and they just blew my mind. I am probably their biggest fan and would just love to work with them. 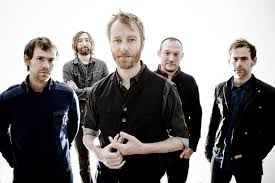 What about a collaboration with someone from any day and of any age?

It would have to be Arthur Lee.

You played with Rufus Wainwright and Laura Marling? These are big gigs to pull, how did they happen?

For some reason, Rufus Wainwright asked for my songs to be sent to him and then was kind enough to invite me to come and play. That was my fourth and fifth ever solo gig. It was all really strange and new and then everything got kind of propelled from there. 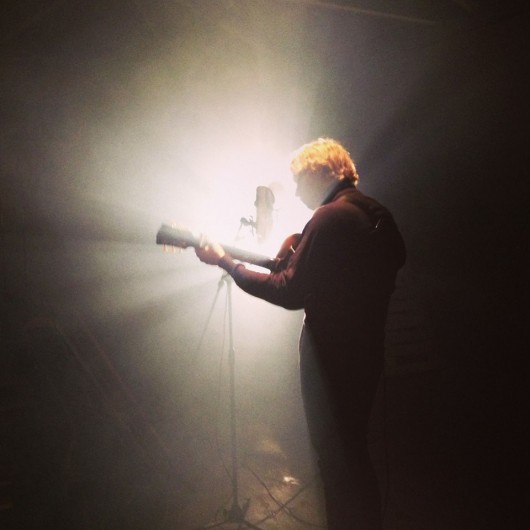