Meet the Honeys bringing Bumble to your campus

If, somehow, you don’t already know, Bumble is the dating app shaking up the rules of dating by putting girls first. Women have to make the first move and message their match within 24 hours or they disappear.

It’s already huge, with Bumble reporting in September that women have made the first move on the app over 100,000,000 times. They’re still growing though, and are recruiting Honeys to spread the Bumble message on campus. 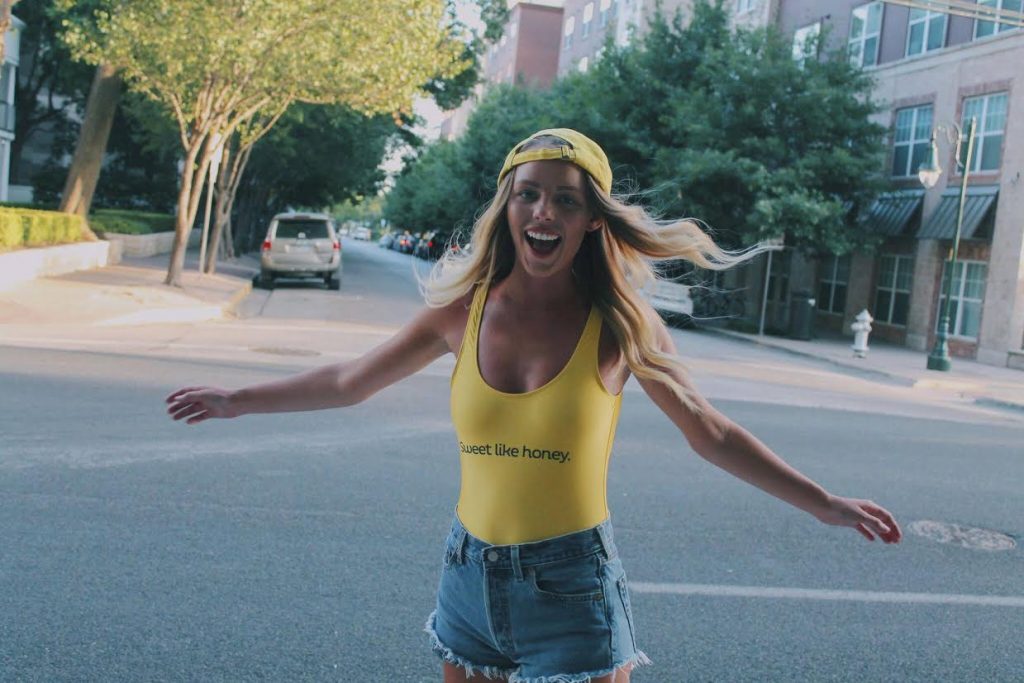 Looking great in the Bumble stash

If you want to be a Honey you’ve got to be creative, passionate and ready to make the first move.

Think you’ve got what it takes to be a Honey? 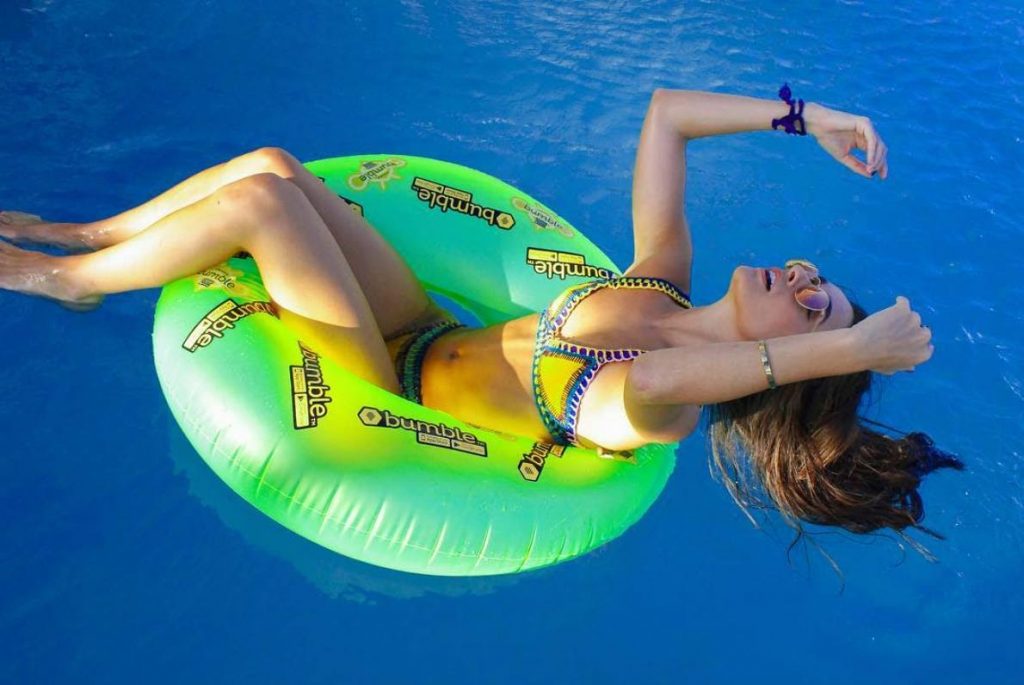 It’s a hard life being a Honey

We spoke to three of the Bumble Honeys waving the flag for gals everywhere.

I became a Honey because I was looking for an ambassador role that fits around my fourth year and some of my friends had done it the year before and loved it.

We do fun, marketing based stunts to spread the word of Bumble. We’ve been giving out yellow roses outside the Union, handing out Bumble merchandise –  they’ve got some seriously cool stuff – and we sponsored the Leeds RAG Take Me Out. It’s great as you can put your own spin on things and be as creative as you want. 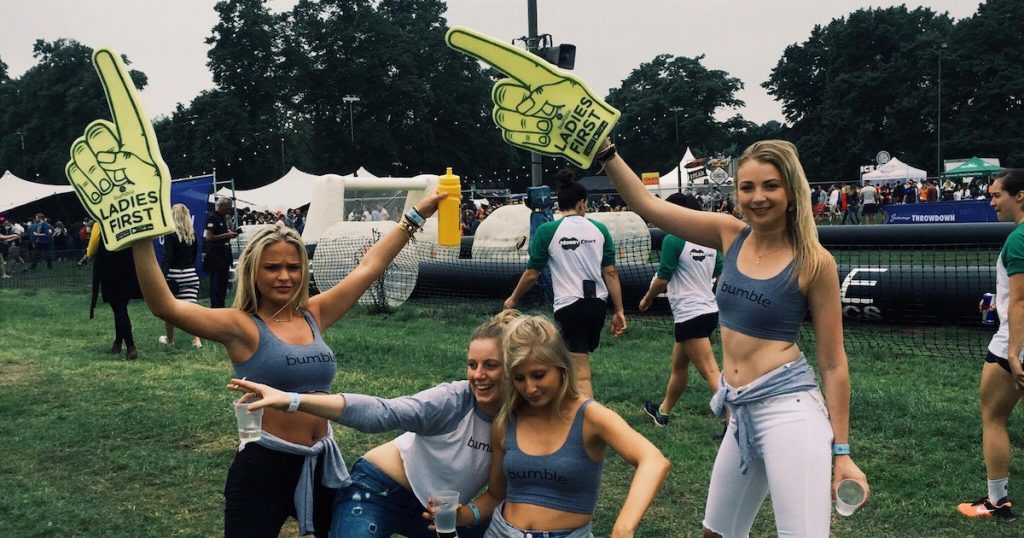 It’s a serious job, but it’s not corporate or financial, it’s fun and light-hearted, just like the app. Bumble also pay incredibly well – this is the first year I’ve been happy to go out for dinner at uni.

I hosted a singles party at mine, inviting all my single friends and telling them to invite all theirs. I had people coming up to me on campus asking if they could come to the party. I had loads of people I didn’t know turning up at my door and my brother came up from London to DJ. We went all out and some people definitely didn’t leave the party single. 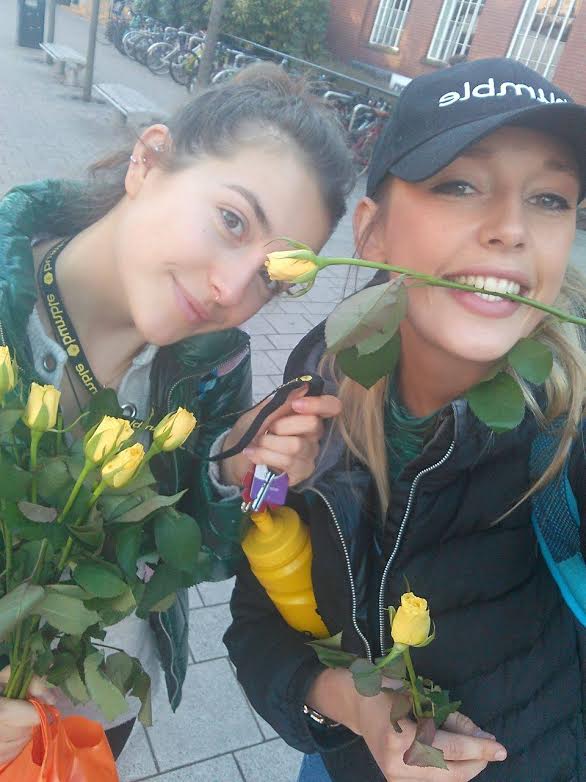 Sometimes on other dating apps it can all be a bit much but Bumble’s great because you don’t get pestered. It’s nice for guys that they don’t have to make the first move, and for me it’s great because I can just speak to the people I want to speak to. The guys are better looking too.

Are you super creative and sociable?

Bumble give us tasks every week that we can approach as creatively as we want. It’s great experience in marketing and I’ve learnt more than I thought I would. 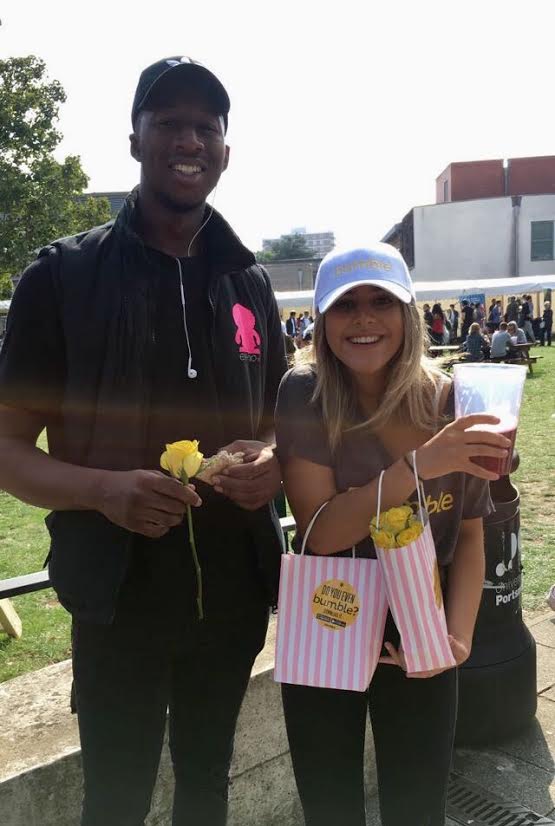 The hours are really flexible and although there are some compulsory tasks, most of them you can choose to do. If you do loads you get perks like trips to Amsterdam and free dinners, but if you do less because you have lot’s of work they understand.

I feel a lot less sympathetic towards guys who complain about how hard it is to start a conversation because I now know how many websites and forums there are telling you “how to talk to a girl on Tinder”.

When there’s that much information so easily accessible why do you keep starting conversations with me with the line “how do you break the ice. With a polar bear”. It’s so unimaginative. 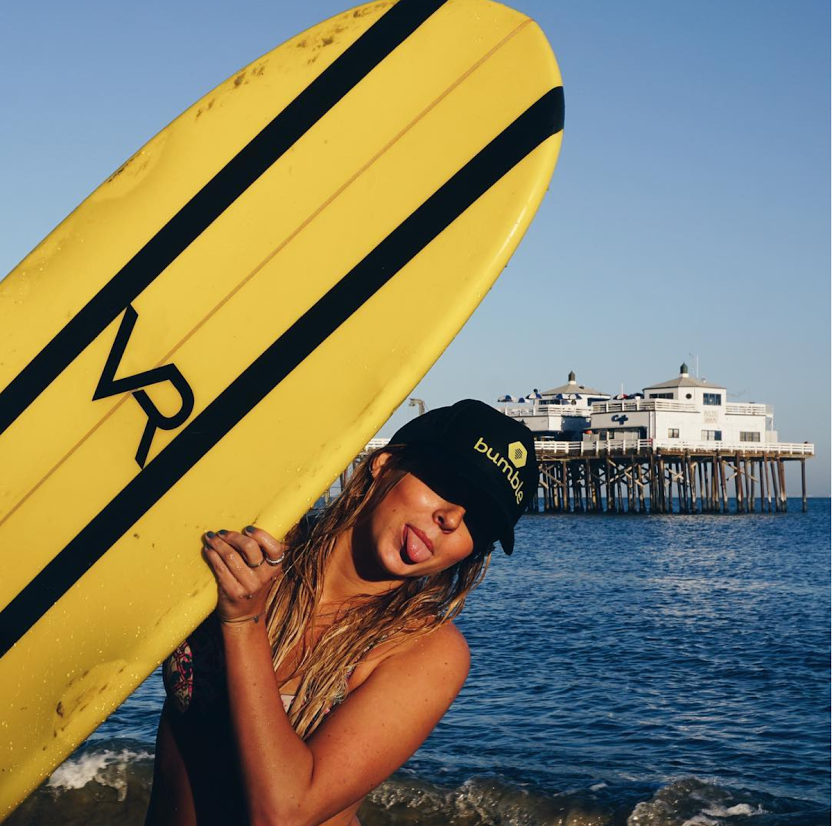 Being a Honey has given me confidence in all aspects of life, not just romantically. I’m more sure and aggressive in my approach towards things, for example when looking for grad jobs. I use what I’ve learnt to influence how I act in my day to day life.

Apply to be a Honey here

I actually applied to be a Honey because a guy I’d met on Tinder told me about the role. It was really random, we never even went on a date, but I’m glad I applied.

We get set challenges every week revolving around activity on social media and on campus. They can be anything from an Instagram post to going around campus and covering people’s bike seats with Bumble bike seat covers. 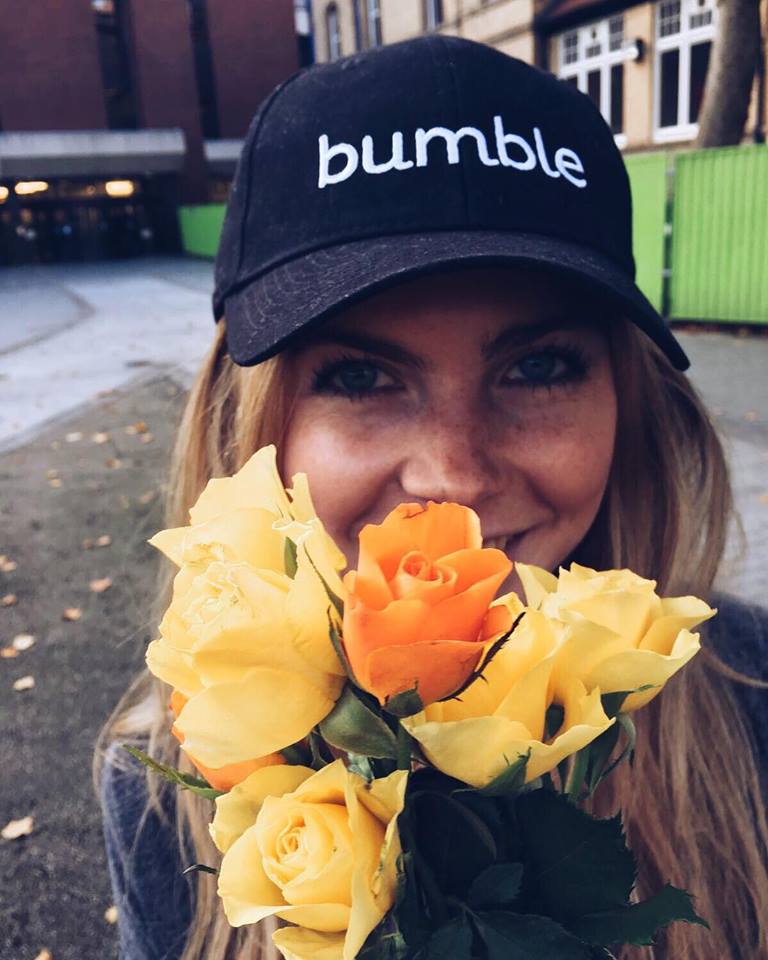 The pay’s really good, and they also do competitions where you can win lots of money for coming up with inventive marketing stunts. My friend borrowed her friend’s pug when it came to visit her at uni, bought it a bumble bee costume and walked it around campus. She won £200 for that. 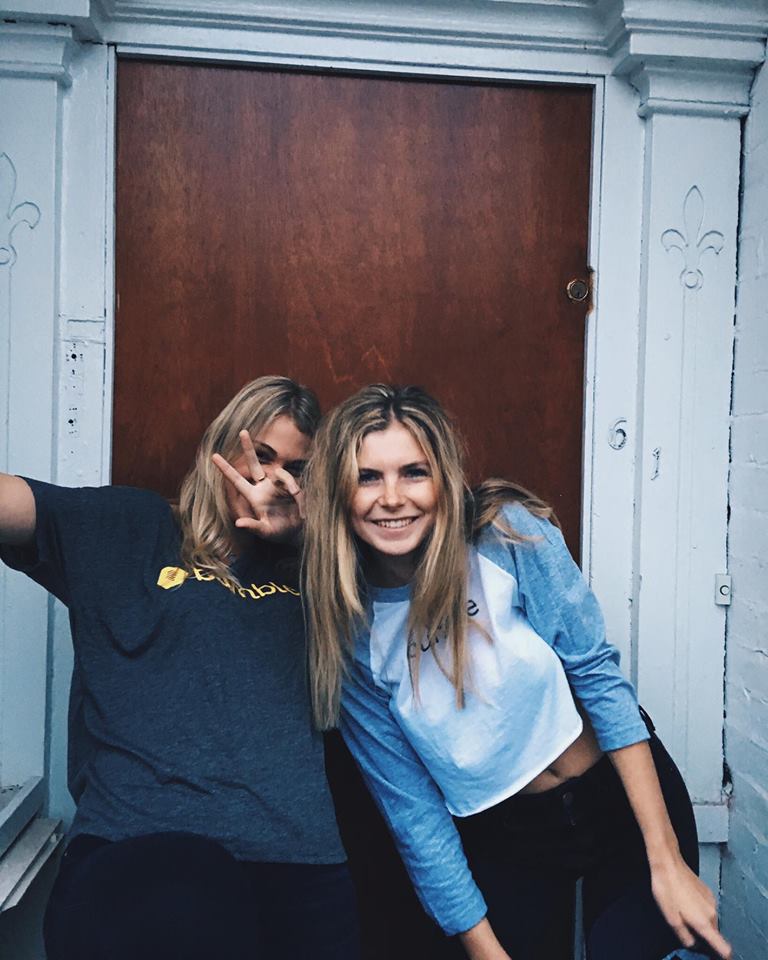 My favourite thing about being a Honey is it’s fun. It’s such a great job to have while you’re at uni because it’s exciting, easy-going and flexible.

Want to have fun and earn money?

As a Honey, my role is to promote and increase the awareness of the brand through different creative ways.

We’re encouraged to be as imaginative as we want with our ideas and given plenty of freedom. I dressed in a bumble bee suit and walked round town and campus in it which was pretty embarrassing but fun.

I’m hosting a Bumble sponsored club night at Salvation next term which should be amazing. They’re in talks to get Scarlett Moffat from ‘Celebrity Jungle’ and ‘Gogglebox’ fame at the moment. 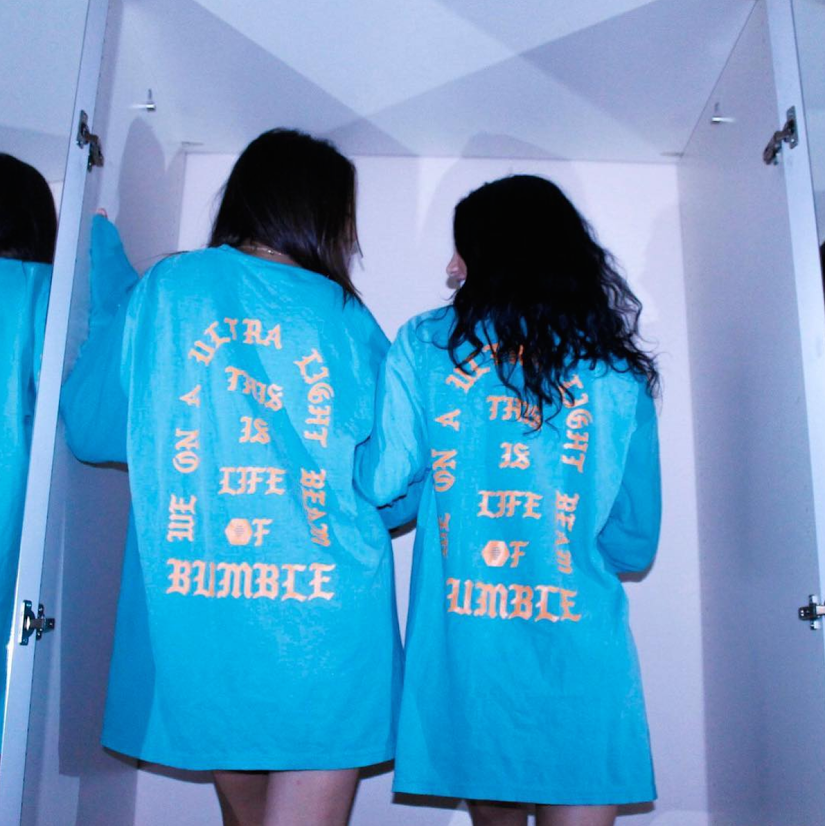 The pay’s really good and you get amazing bonuses. The other York Honey and I got the most downloads last week and got a bonus of £500. It’s completely up to you how much you work – you can earn as much as you want in a month.

My favourite thing about being a Honey is that I love being made to think of creative ways to do things. You’re given a task and in order to make the most of it you have to think outside the box. It’s quite challenging but at the same time really fun.

It’s also really sociable. I’ve met so many people just on campus while talking to people about Bumble and everyone’s really friendly. 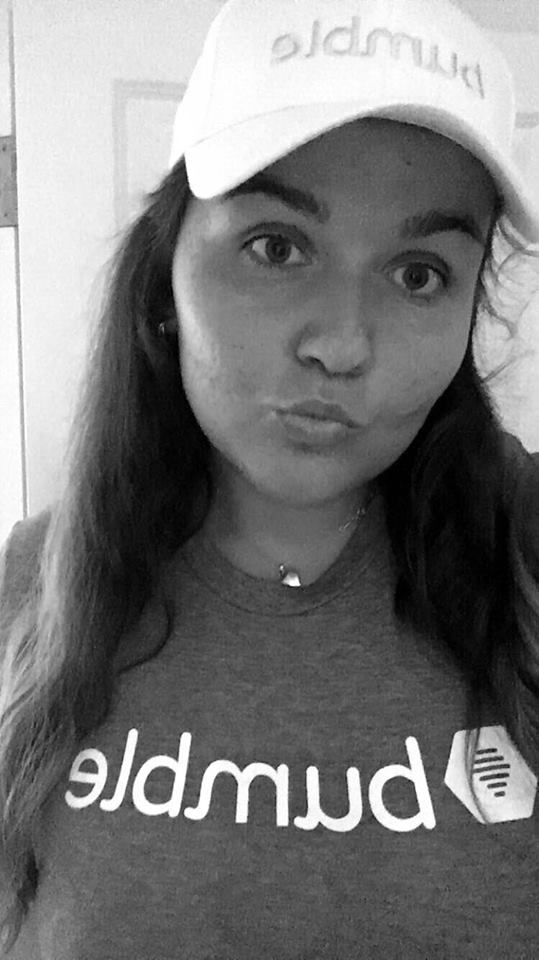 Bumble is a female empowering dating, friend finding, and networking app that takes the pressure off of guys and puts the women in charge – download it here. 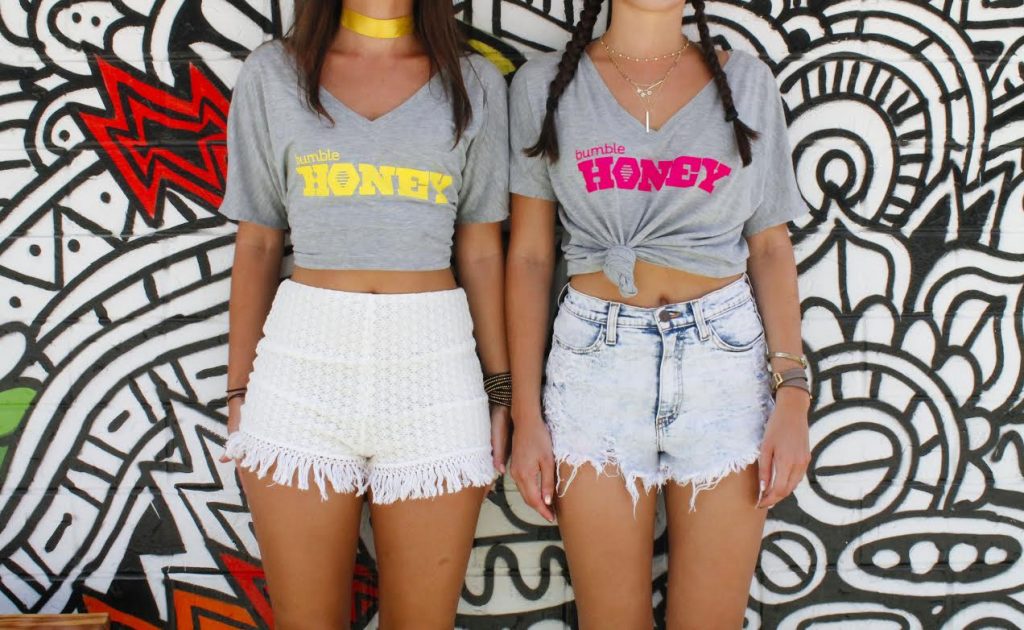