If US Office characters were uni degrees, this is what they’d be

False, Dwight would not be English Lit

We know what you’re thinking: how is it even possible The Tab haven’t already done an article telling everyone which character from The Office US is your degree? With Dwight, Jim’s face and Michael Scott’s “that’s what she said” being such a pivotal part to many of our lives, all we can say is we’re sorry, we’re ashamed, and we hope this rectifies it.

So who’s going to be landed with Kevin epitomising their course? Who can proudly call themselves Darryl? Who has the honour of being Meredith??

People who study Film Studies live in a fantasy land convinced one day they will be the next Nolan, Spielberg or Scorsese – unfortunately, they probably won't. But like Michael Scott, they've probably written, shot and edited an entire film. Will the wider world ever appreciate 'Threat Level Midnight'? No chance, but that doesn’t matter. They live in a comfortable world of their own delusion and to be honest I’m kind of jealous. 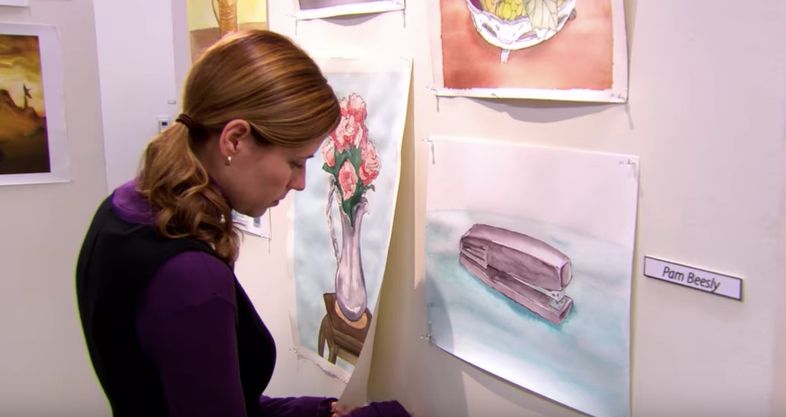 Everyone who takes Fine Art leaves thinking they’ll graduate and become the next Tracey Emin. But this cruel art-hating world we live in means they’ll spend their hours as a receptionist in, I dunno, a paper company, doodling portraits of co-workers and sticking up their ‘art’ to receive comments like “who drew that shit”, “what’s it meant to be?” and “you should’ve done an art degree!” 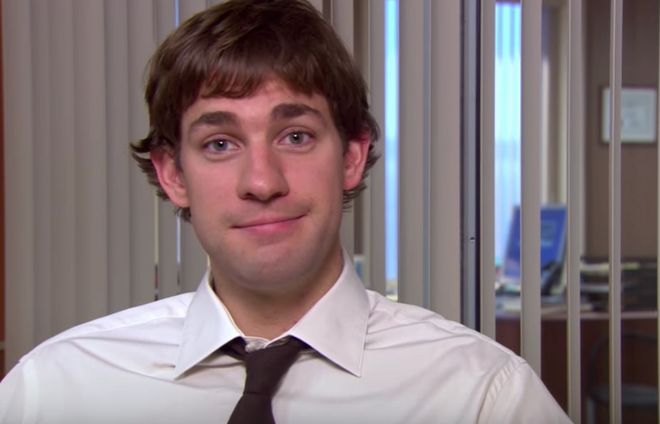 Jim represents the everyman in your halls who you definitely fancy. Not cos he’s really fit but just because his banter is on point, like every Geography boy you know. He’ll end up semi-fucking about and not concentrating on his degree in rocks and volcanoes, and will be happy to leave uni with a 2:1 and a big group of friends x 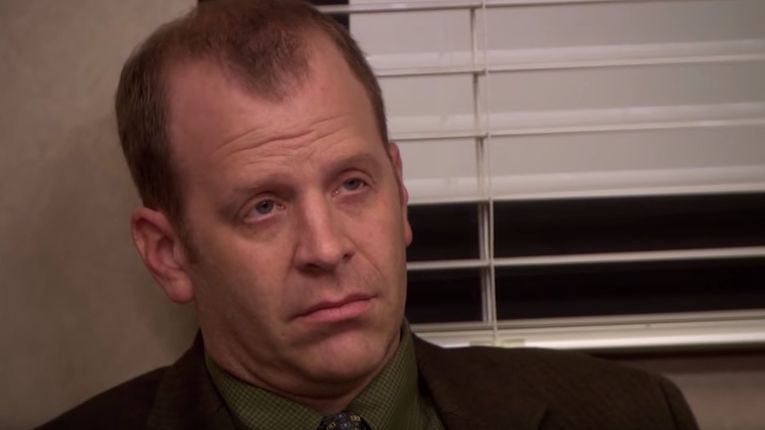 Law students are aware that nobody actually wants them around, unless it's to call on them to fix flat arguments because they’re supposed to have good morals or something. But when they actually try to get involved and come on a night out, an UberX will be ordered 'by mistake' so there’s not quite enough space for them.

They think they’ve got it all figured out: Quick money-making schemes, probably play online poker in the evening and lie about the losses they stack up. But if they’re so smart, how come they don’t study Economics? Having a Business Studies degree on your CV is the equivalent of spilling a big vat of chilli all over your career prospects.

You know they study Musical Theatre cos they won't stop singing normal sentences in conversation. They'll probably be the centre of attention at pre-drinks and insist at least one song from The Greatest Showman is played. 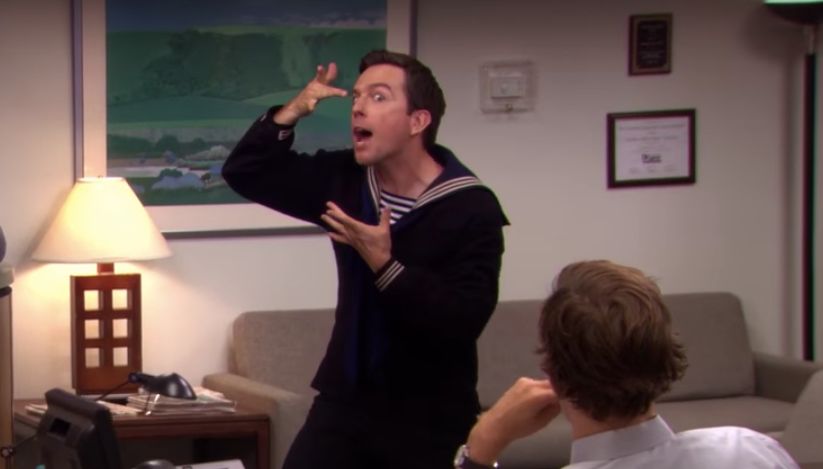 Bears. Beets. Battlestar Galactica. The universe is made up of rules, everything has an order, laws exist for a reason. Humans are nothing more than a collection of cells, mere animals just higher up on the evolutionary scale. Everything is this black and white. They own a collection of samurai swords and knives – obviously. 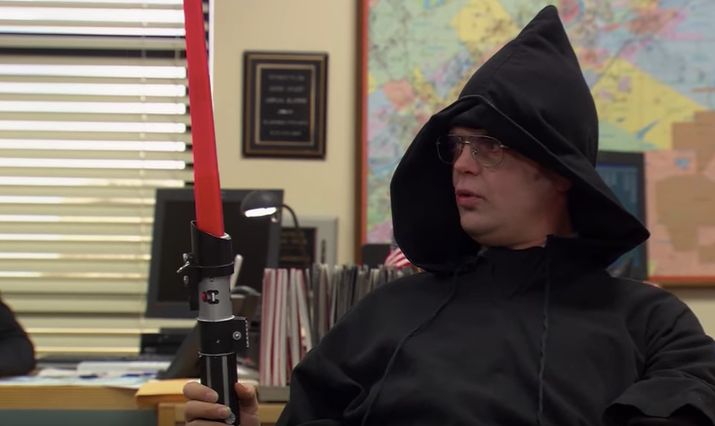 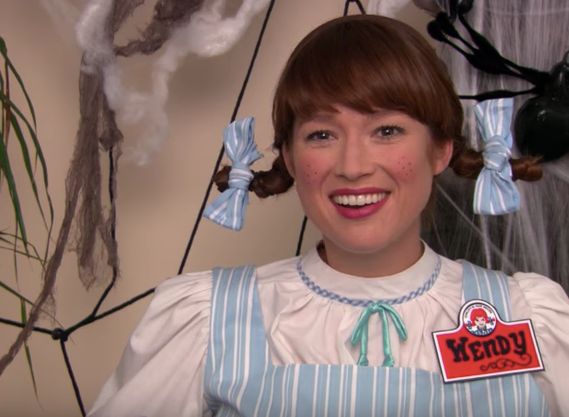 Erin just wants to play games, sing songs, colour co-ordinate things and believe in Santa Claus, the same as everyone studying Primary Education. Why would anyone wanna be a secondary school teacher when this can be your life instead??? 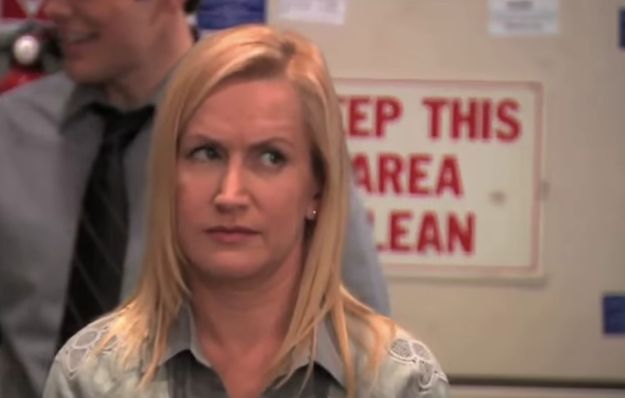 History students take themselves very seriously. If you’re going to do something, do it properly, no time for messing around. On the surface they appear very run of the mill, boring perhaps, but they have dirty secrets no-one knows about. They’re probably cheating on their ‘perfect’ boyfriend who studies Politics with some Physics student they can’t resist.

Everyone who studies Music is really popular, like Darryl. He gets his keyboard out to play a banger and everyone loves him. Like how music students are always put in charge to play the music at pres as they know all the best music. 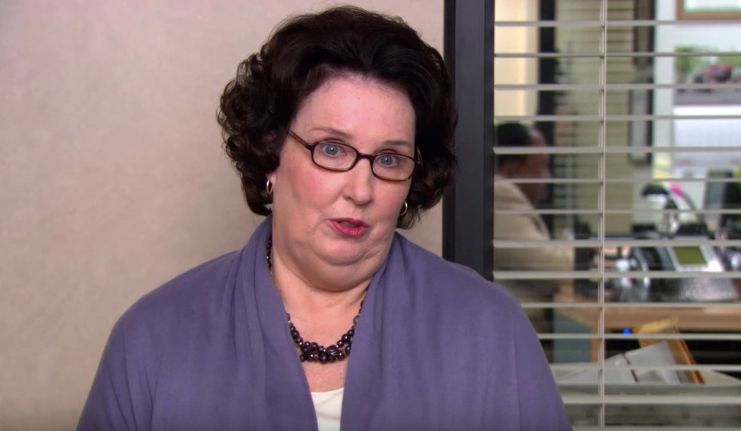 She’s so good at organising office parties and nails the theme and vibe every time – who remembers Maharaja night?? 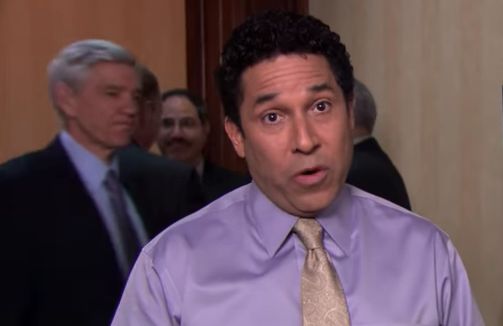 Nothing fills you with joy more than roaming the streets of Europe, dipping in and out of art galleries. You also jump to any chance to show everyone how cultured you are, much to everyone's annoyance – show off.

Loose, and is only at uni for the good times. After three years they'll have a minor drinking problem, will have shaved their head and will probably have ended up in a polyamorous relationship somehow.

You’re there for three years to get your degree and then you’re out of there. Stanley is a 9-5 jobsworth who is counting down the years until retirement, just like a Maths student is just waiting for his grad scheme salary that will make him comfortable. 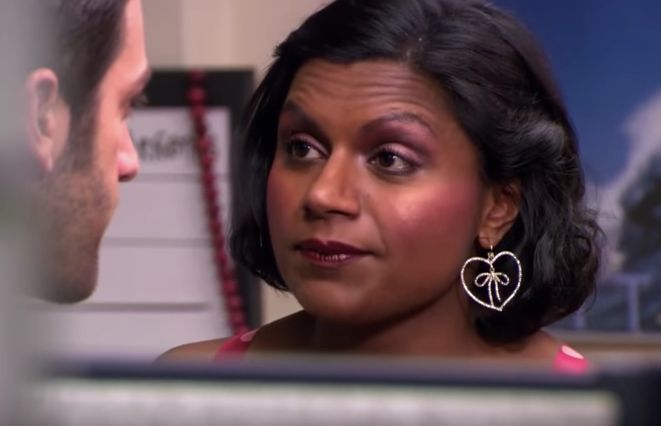 Psychology girls are straight up the sassiest on campus. They know exactly how to get what they want through manipulation and fake tears. They might come across as basic, but deep down they're pure genius.

English Language students love accents and dialects nearly as much as Holly does!!

The roguest of the group, disappears for hours at a time, apparently being productive at “labs” but you’ll never know what they’re actually doing. Chem students are probably building a meth lab underneath your house. 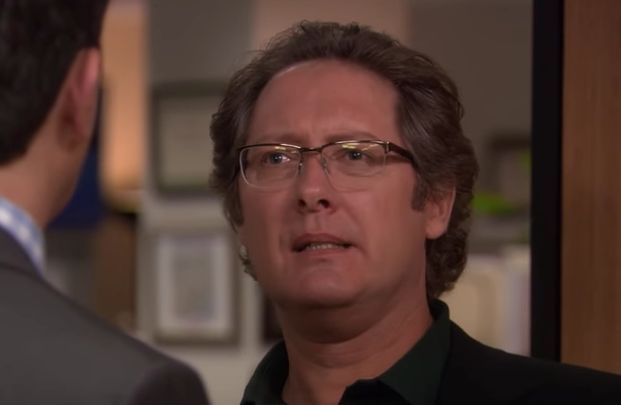 After a joint, Philosophy students start coming out with the craziest shit you’ve ever heard. If it was anyone else you’d tell them to shut the fuck up but because they study philosophy you just swallow it all and sit there in awe. 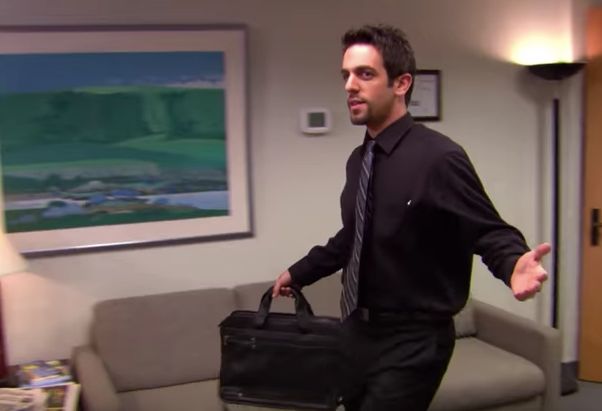 Medics love telling anyone who has ears and is breathing that they are studying Medicine. Always on their high-horse, they think they’re better than anyone else just because they’re going to save lives or whatever. Like Ryan, who thinks he’s smarter just cos he’s studying at Business School. But at the end of the day, we’re all under the same roof, aren’t we. 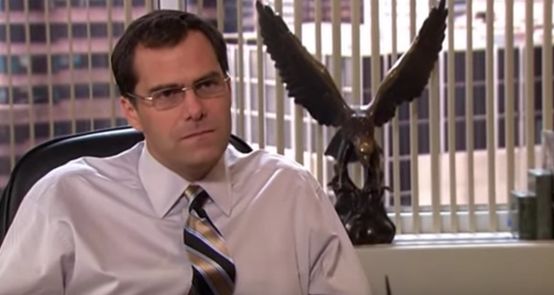 Mechanical Engineers are usually nice guys who wants to achieve something, but then sack it off to go into business and make money. After a mid-life crisis they’ll go back and revisit what they really wanted to do. 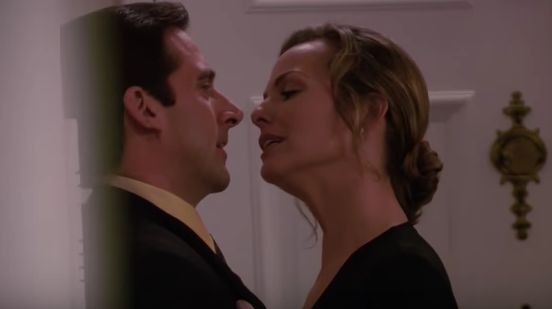 PPE students are just on the biggest power trip because they’ve convinced themselves they’re going to become the Prime Minister. They will do literally anything to get to the top, including shagging people on their course and breaking their hearts so they can get the best placement over summer. 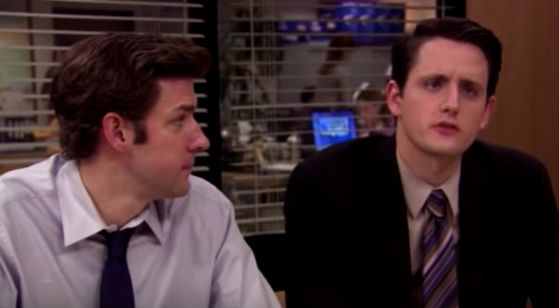 All they want from life are to shoot hoops and have a steady girlfriend. It’s the simple things. 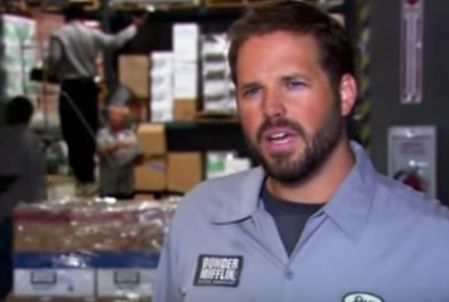 No one else gets that excited about beetroot. 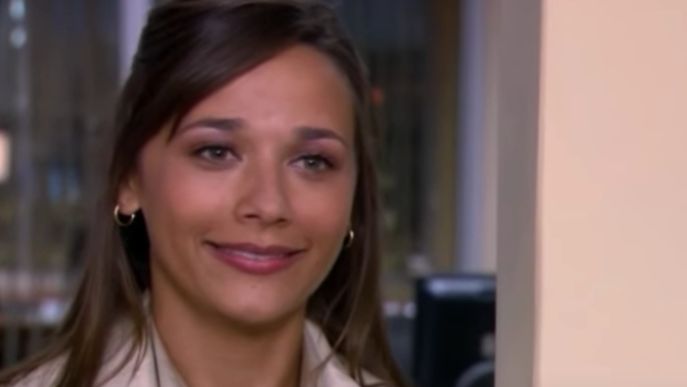 English Lit girls are so sure of themselves they are a little bit arrogant, but in a fit way. They can bullshit their way through anything. 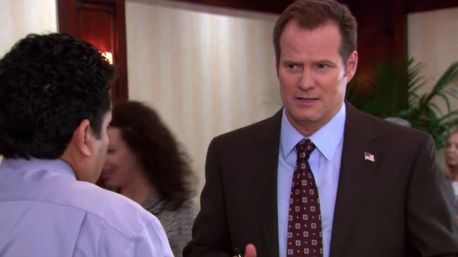 The guy who sells pretzels on Pretzel Day – Food Tech

We just wanted to put him in here. 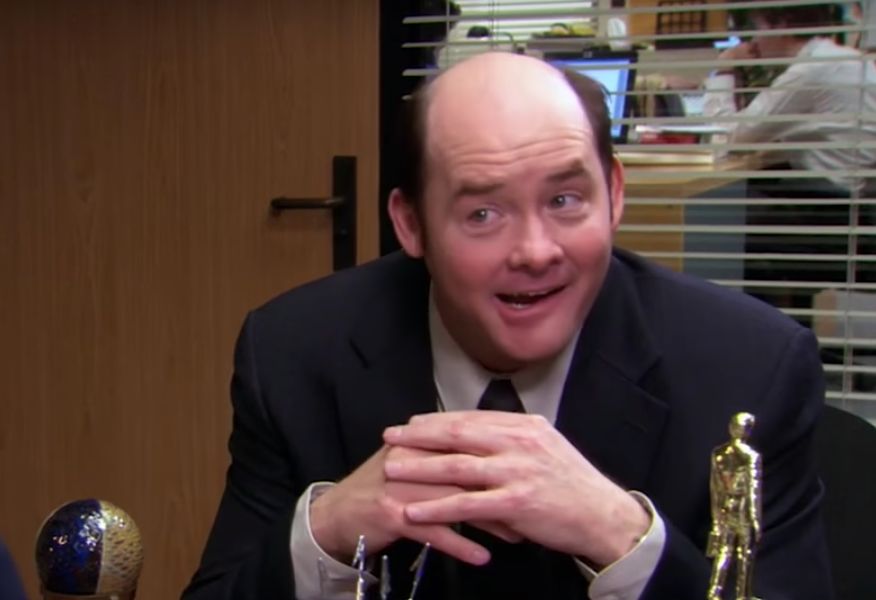 People who study Real Estate skimmed the course specs and didn’t even bother visiting their options on open days. They just wanted to get to uni and spend three years singing Come On Eileen in the SU, get on the rugby team and become a promoter. They’ll still be in their uni town at 26, because they can’t let go.

Dentists get a hard time at uni. They’re disliked by most for similar reasons as Medics, but also because you know they’re gonna earn some serious cash for pulling your teeth out. DeAngelo faces the same problems. Not that he pulls teeth out, just that spending time with him is as enjoyable as pulling teeth.

Well you would've had to have done Electrical Engineering to know how to build a fridge. 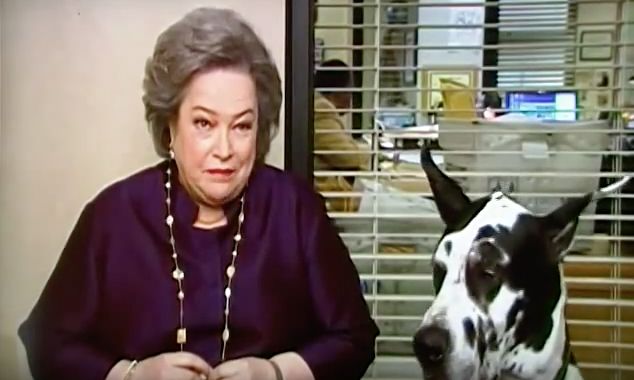 She thinks she’s the queen and we're the sorry people because she got on the most competitive degree and loves shitting on Medics just to get her jollies. With a stronger love for animals than any other human, her compassion sometimes shines through when she sees vulnerability in the pathetic Physics student in the flat.