Overheated city workers tell us what they’d rather be wearing

Imagine today, as the sun shines bright at an unbearable 29 degrees, that you had to wear a suit to work. Welcome to world of London city workers, whose suits and ties are often so tight, no amount of ice cream on a measly square of inner city grass can cool them down. So what better way of taunting these people than to ask them what they’d rather be wearing today. 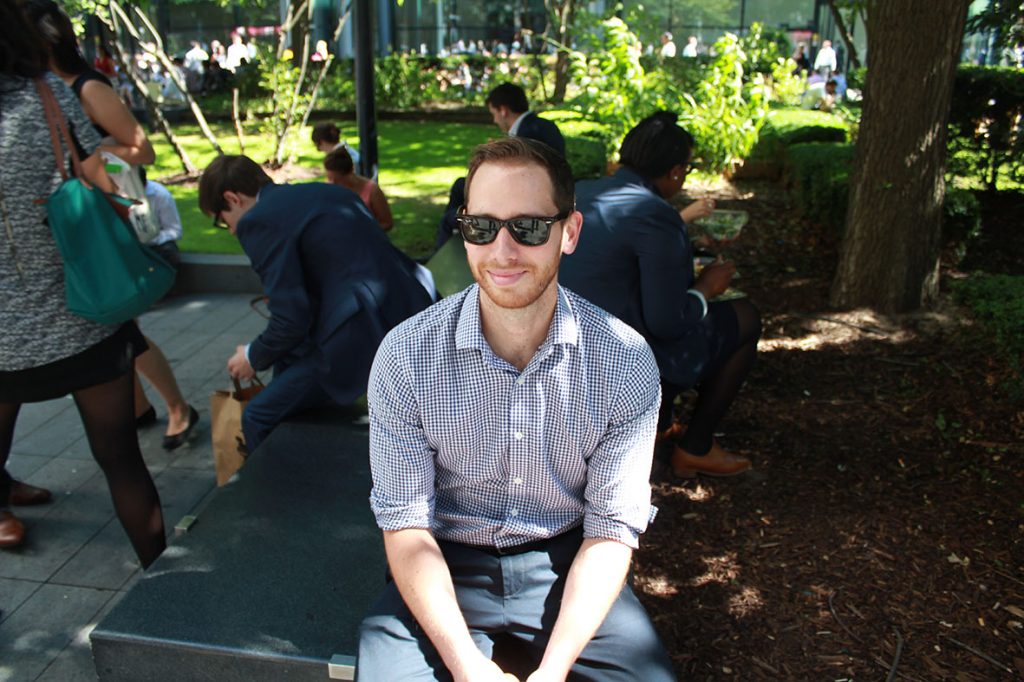 “I’m like six and a half out of ten hot. I reckon it’s about 28 degrees, well I checked on my phone. I have to wear a shirt and suit trousers to work, I never wear a tie.” 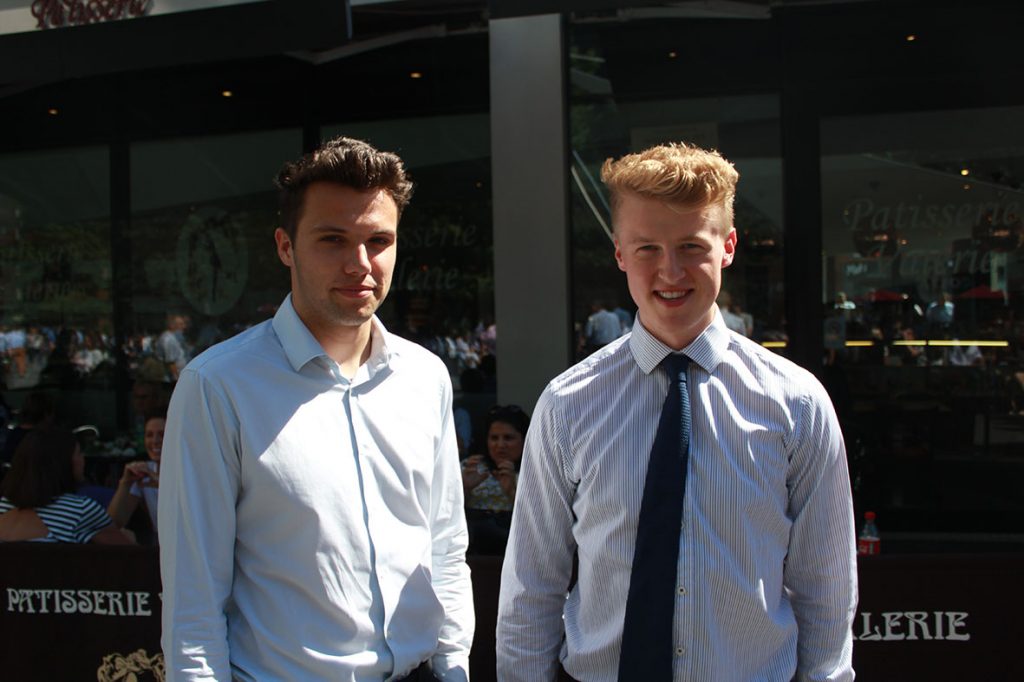 Ollie: “I dunno, I’m pretty hot. I can’t really handle this heat, to be honest with you.”

Sam: “He’s been moaning about the heat for the last ten minutes. We get to dress down on Fridays, but it’s not Friday.”

Ollie: “I’d rather be wearing dungarees.” 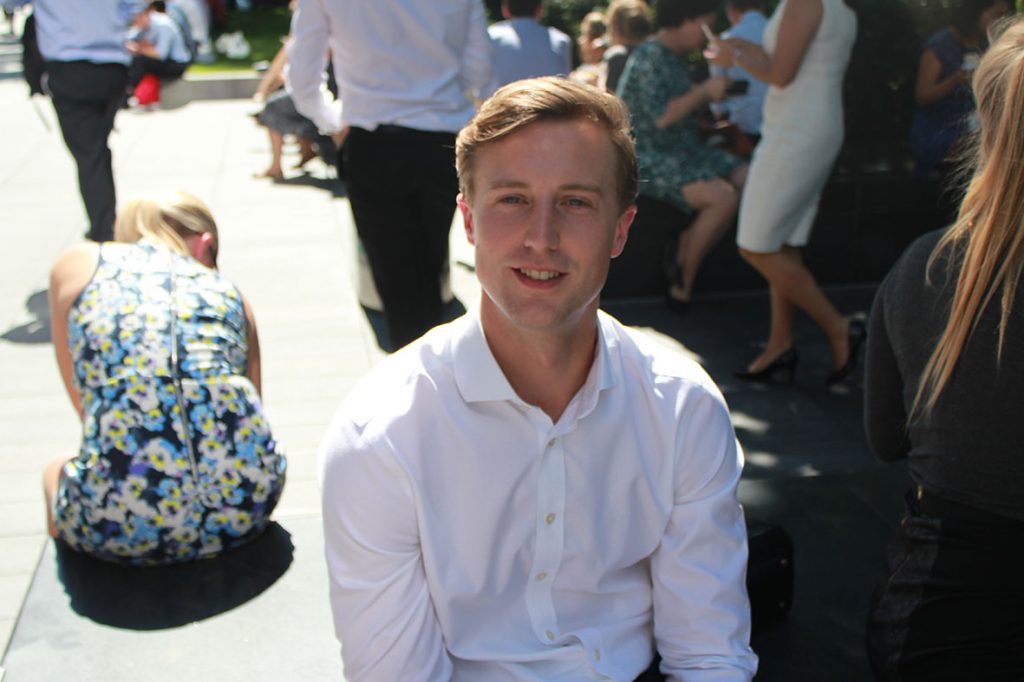 “I am very, very hot today. It’s sweltering, it must be like 29 degrees. The heat is shining off the buildings onto me. I’d rather be wearing speedos if I had the choice, flippers maybe.” 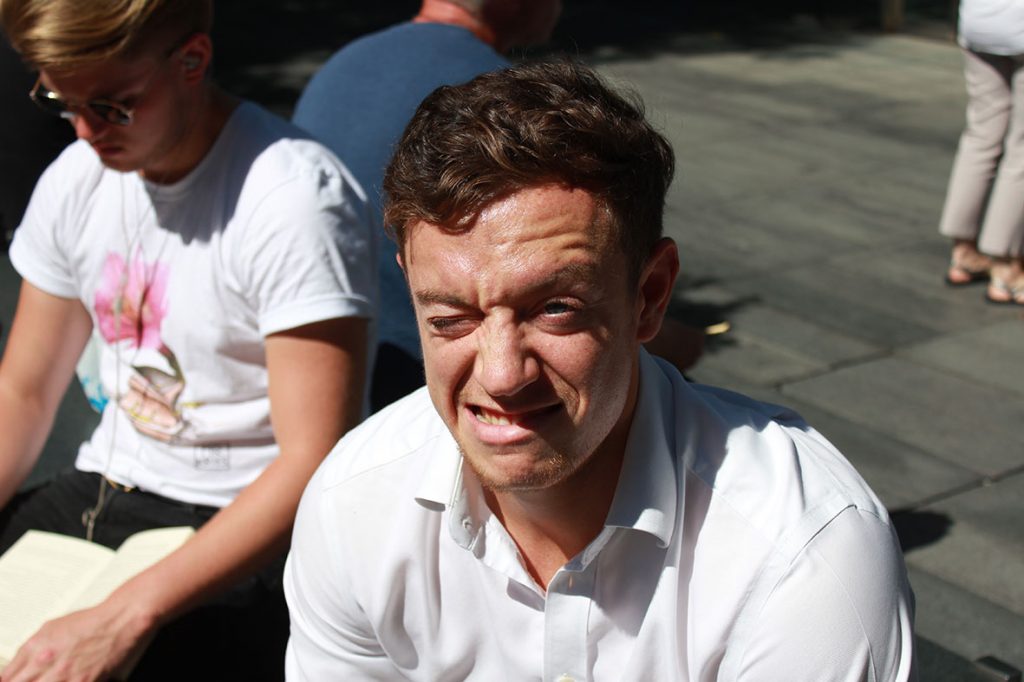 “I am sweating my barnet off. I have to wear a suit for work, I’d rather be wearing a cuban shirt, small shorts and a pair of lace up suede shoes.” 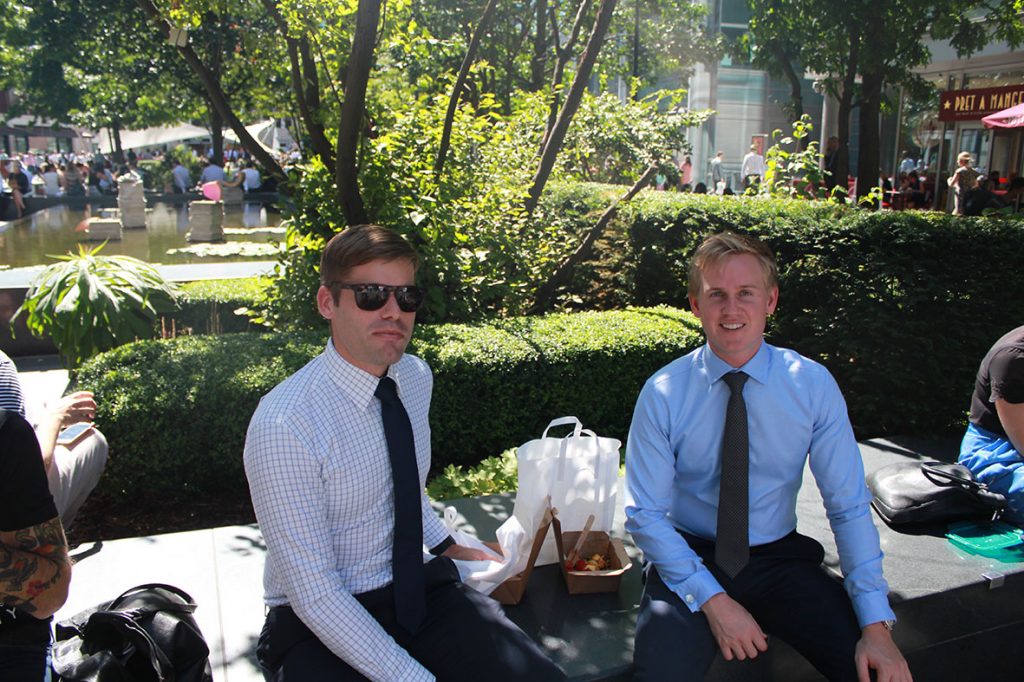 Elliot: “I’m like a five out of ten, I’m from Australia so this is nothing.”

Myles: “It’s not too bad actually. I’m a kiwi so I feel like more six out of ten hot.”

Elliot: “We have to wear suits and ties to work. I’d much rather be wearing boardies and thongs.” 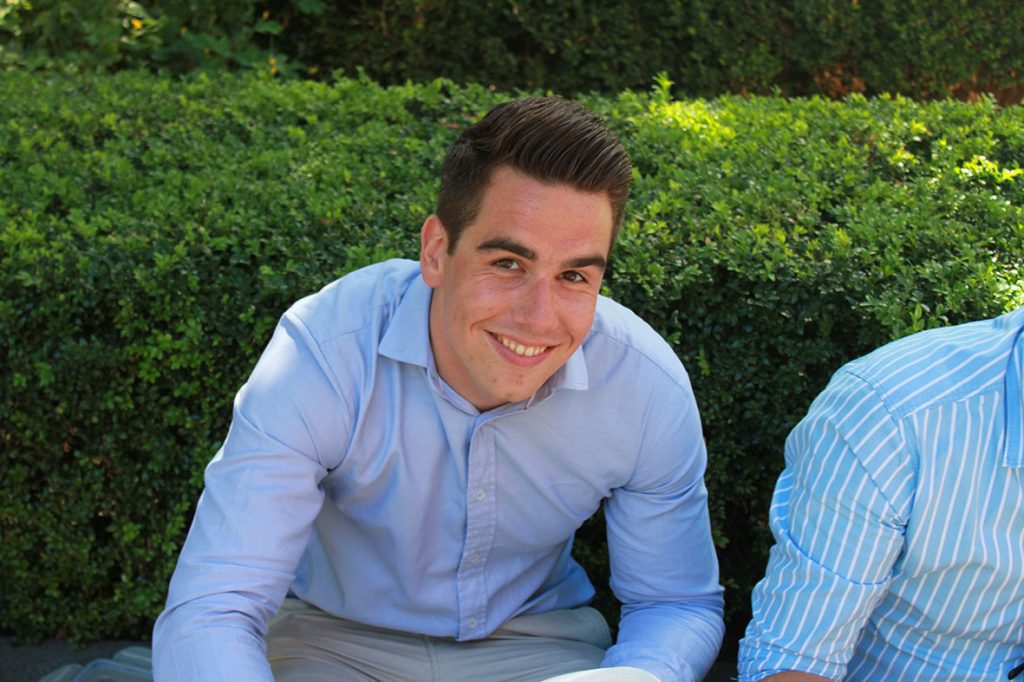 “On a scale of hot to hot, I’m about an eight and a half. We don’t really have to wear suits to work, we just choose to. I would love to wear shorts, but I don’t think that’s allowed. Maybe I could wear a linen shirt, or a linen suit.” 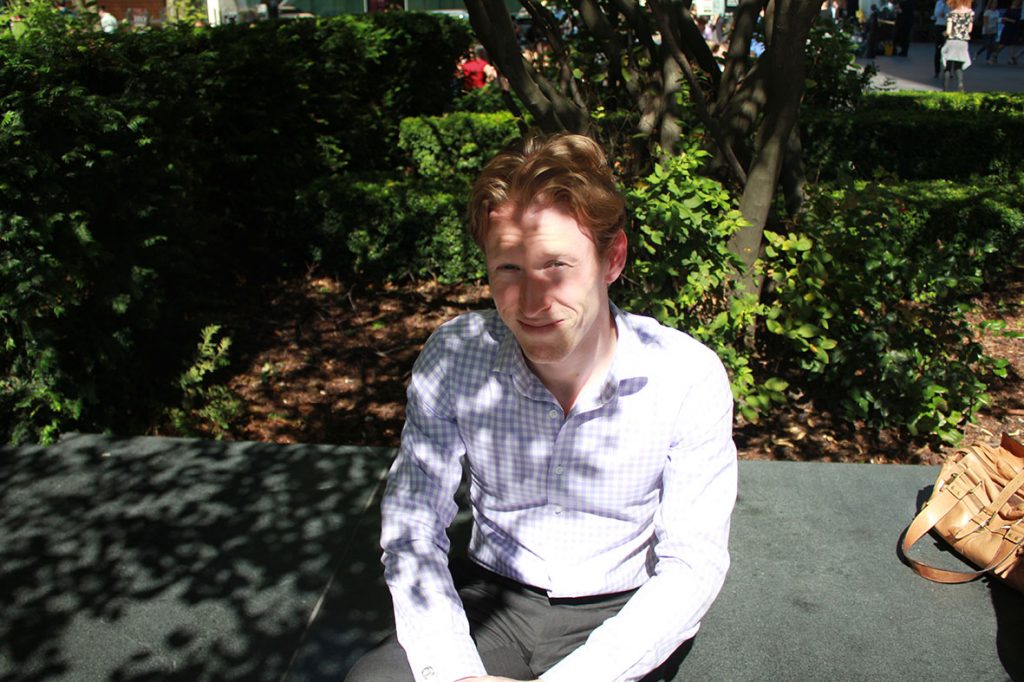 “I’m not wearing a jacket so I’m not too bad but if I walk anywhere more than about 20 yards I get too hot. I’m guessing, in the sun, excluding wind, it’s probably about 28 degrees. I would rather be wearing some linen trousers and a polo shirt.” 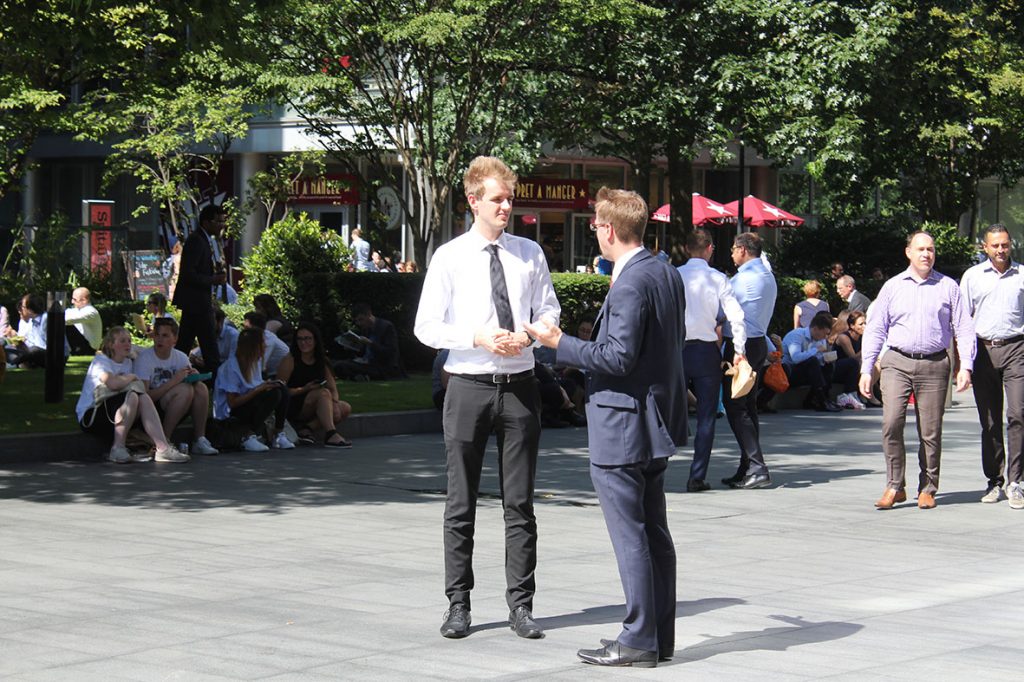 Jamie: “I don’t feel the heat. We don’t have to wear suits but I want to. I like wearing a suit.” 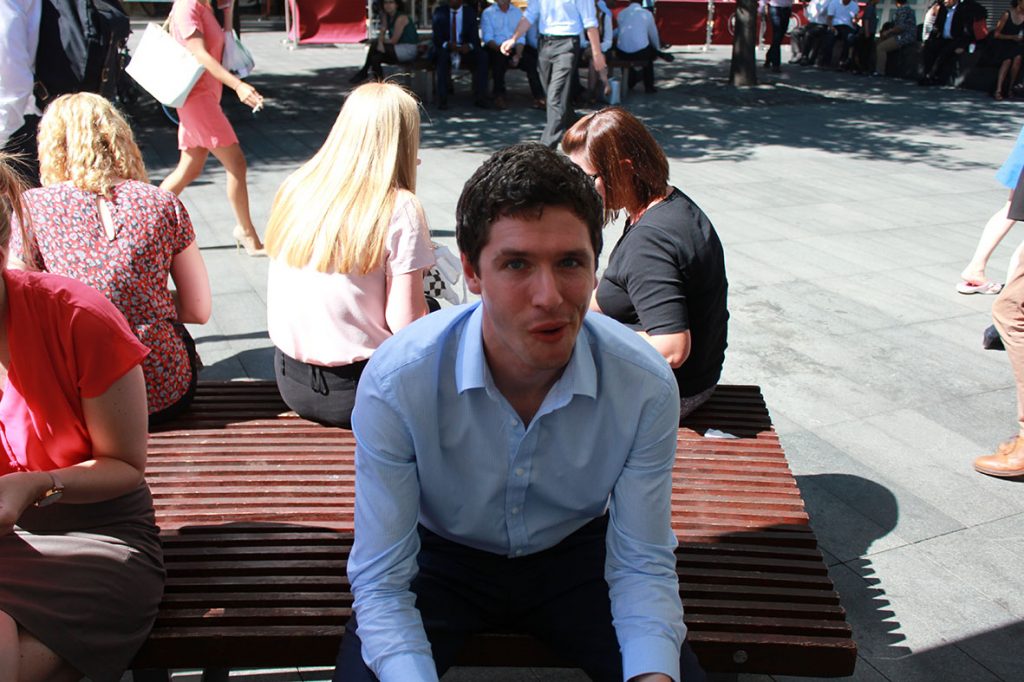 “I’m in the shade so I’m okay, but I think it’s like 30 degrees. We have a casual summer policy so that’s nice. If I could, I would rather wear shorts, obviously.” 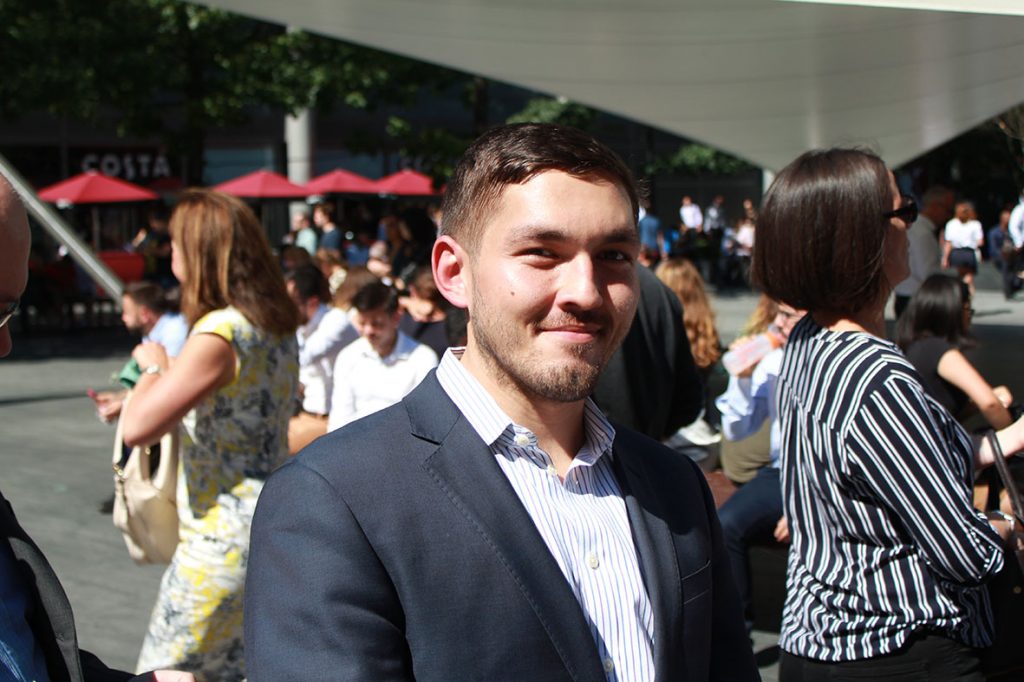 “I’m quite hot, I have to wear a suit. I would rather be wearing shorts and flip-flops or something, just not a suit.”