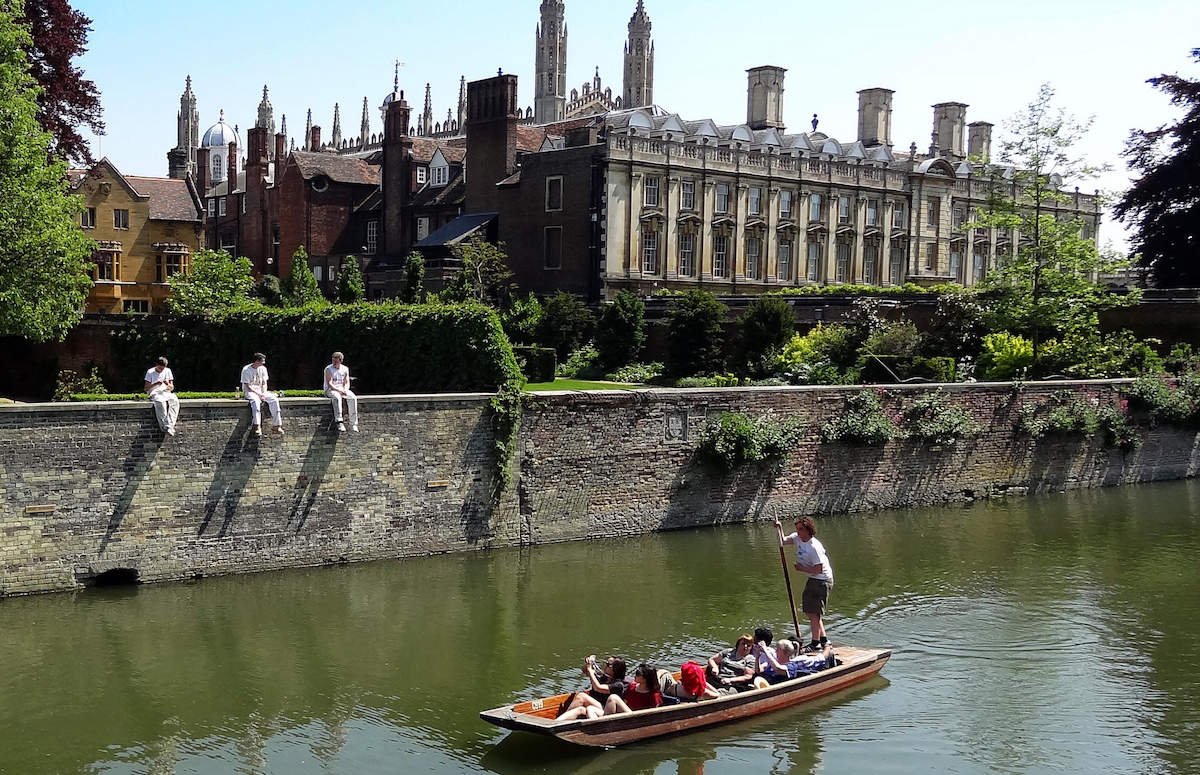 I went to Oxford and don’t get the Oxbridge obsession

Last year, a writer for The Tab argued, “Don’t kid yourself: If you’re not at Oxbridge, you’re wasting your time”.

I writhed as I read the title, not because it was (ironic) BS, but because the title might well have been written by an overambitious (okay, obnoxious) me four years ago, as she sobbed, slumped against the radiator of her bedroom, hours after she’d “failed” her Oxford interview. Luckily for my ego, I was wrong – a week later my acceptance letter floated through the letterbox, (Harry, you’re a wizard!) and back at my grammar school our teachers ooh-ed and aah-ed over the Oxbridge successes. We were scooped up and deposited onto the lawn for our photograph – our destiny cast before we’d stopped using fake IDs. The “rejects”, meanwhile, were left festering in the classroom, to continue learning.

In a sense, my school was just bearing out the statistics in exalting Oxbridge. Oxbridge graduates “rule” in many a sense – a month ago the Sutton Trust reported that 74 per cent of the judiciary and a little under half (47%) of the cabinet attended Oxbridge. And compared to your average university graduate, Oxbridge graduates earn £400,000 more over their lifetimes, double the premium pocketed by other Russell Group grads.

But to justify the Oxbridge preeminence, we must be sure that Oxbridge grads really do bring double the value-added of others in the Top 20. No doubt, Oxbridge has rigorous selection methods, and at least on graduation, its alumni will have had a fair bit of cerebral stimulation, receiving tutorials from leaders in their field. Yet it seems pretty unlikely that Oxbridge entrants are truly the most brilliant in the country: The journalist Toby Young recounts amusedly how he was accidentally admitted to Oxford, only for them to award him a first three years later. But I can also think of countless Oxford peers whose chosen college rejected them, yet finished with the highest honours after another college picked them up.

It’s important to note, apart from the innumerable problems of Access (um, where do I start), that Oxbridge admissions tutors are not infallible judges of intellect. Said tutors are mortals, unlikely to be qualified to judge an applicants’ IQ or potential after 45 minutes’ of interviewing. My ‘ordeal’ interviewing for PPE (Philosophy, Politics and Economics) was just that short-lived. It is a degree often scrutinised for its successful, dominant political produce: David Cameron, Ed Miliband, and Ed Balls all studied PPE at Oxford.

And ability is not measurable or objective. Dr. Bhattacharya is an admissions tutor at Cambridge, and conducted a study with other political scientists on the selection procedure for PPE at Oxford. Even he confesses that, “subjective assessments have to be made. In terms of past test scores and interview performance, a lot of candidates in the middle look very similar. So no matter how hard we try, there has to be a significant amount of arbitrariness and luck involved in who gets into Oxbridge.”

But even if Oxbridge really does cream off the brightest, how much brighter are these kids? If you believed word on the street, you’d dot Durham and the masses as a sort of cluster of points, then plot the top 1% at Oxford or Cambridge as ‘off-the-chart’, punting off into a heavenly league of their own. But unless Britons have some idiosyncratic distribution of intelligence (unlikely), this can’t be the reality. Yes, Oxford and Cambridge are the oldest universities in the world. But those centuries of history, those beautiful buildings, and cases of dusty books do not confer some nebulous, superior quality, unattainable anywhere else.

Dr. Bhattacharya also observes that what university you attended cannot prefigure professional success. “I have studied and taught at Princeton and Dartmouth (both Ivy League), and in the US much less attention is paid to whether an individual attended a specific university,” he says. “We ought to spend our energy and time judging fresh graduates on the basis of how they perform at work, not just on what university they attended.”

Indeed, it’s pretty likely that the bar required to study, say, Medicine at Bristol (7 per cent applicant success rate) is higher than that for Theology at Cambridge (48 per cent). But while the mythology persists that the Oxbridge grad is better, we believe it, as surely do these very same grads when they become employers. Sociologists have long-established our unconscious bias to employ people who share our traits. Perhaps, then, the greatest danger of Oxbridge superiority is that it is self-fulfilling myth – unless we awaken to the fact it’s just that: a myth.

A previous version of this article stated incorrectly that Boris Johnson studied PPE at Oxford, which was an editing error. The article was changed at 4.15pm on 29 March.