It is becoming a cliche to point out that the latest season of House of Cards, which came out last weekend, has been slightly upstaged by the real thing.

As journalists from the FT to VICE have noted, this year’s presidential election is so nuts that no TV writer could compete with it. Or as the show’s lead Kevin Spacey put it recently, “There are times where we’ll shoot some sequence and I’ll think ‘Gosh, did we push it too far?’ …and then I turn on the news and I go, ‘Well, we probably haven’t gone far enough.'”

But one storyline that still seems outlandish when it appears in this series is Pollyhop, described by the New York Times as “a fictional, Google-esque search engine that according to Leann’s polling expert is being exploited by the Republican candidate Will Conway in ways that suggest [Frank] Underwood can’t possibly beat him in the general election.” How exactly Pollyhop works is only vaguely defined, but the basic idea is that Conway’s staff are manipulating search results so that voters only see positive coverage of his campaign.

Which is an extreme form of digital voter targeting, and it actually isn’t totally, out-of-the-ball-park crazy, according to an analytics company that’s become famous for engineering Ted Cruz’s recent campaign victories.

Cruz is the only Republican who has shown he can consistently beat Donald Trump, winning primaries and caucuses in Iowa, Alaska, Oklahoma, Texas, Kansas, Maine, Idaho and Wyoming so far, where evangelical voters have taken to his highly conservative message (he basically opposes gay marriage and abortion).

Cambridge Analytica are the little known but very powerful data company who are being credited with giving him a chance against Trump where the rest of the field as failed, and have just undertaken some work for Grassroots Out, Nigel Farage’s wing of the campaign to get out of the EU this June – more of which later.

After his surprise win in the Iowa primary, news emerged that Cambridge Analytica – who have a few staff embedded with Cruz’s campaign – had gone as far as to target 60 Iowa Republicans who statistical models showed disliked the state’s ban on firework sales with a special message about Cruz’s newfound dislike of said ban.

“Pollyhop comes down to digital voter targeting, which we do a lot of for political campaigns,” said a spokesman for Cambridge Analytica when I first met the company in its office in New York. “The short explanation is that data analytics can help candidates determine who their persuadable audience is and then use digital targeting tools to ensure that those susceptible voters see things on their computer, mobile or tablet screens that compel them to vote for that candidate.”

Matt Oczkowski, who served as Chief Digital Officer for Governor Scott Walker’s failed presidential run last year and now works for Cambridge Analytica, says it’s “easy to make it seem ominous.” He’s probably referring to this Guardian piece, which certainly did. With investment from hedgefunder Robert Mercer, one of Cruz’s biggest backers, the company has bought up data (from Facebook, the GOP and credit card agencies) on 230 million Americans, with as many as 5,000 data points on each person in the database.

The company uses data gleaned from online personality tests to categorise people into clusters, likes Timid Traditionalists or Relaxed Leaders so they can tailor their messaging not just by issues that voters care about, but by how they will respond to ways of presenting an issue. For example, in the now famous fireworks scenario in Iowa, a Stoic Traditionalist would be told “an arbitrary ban of this kind is infringing on liberty” whereas a Relaxed Leader would get a message about how the ban was counter to the party spirit of Iowans. 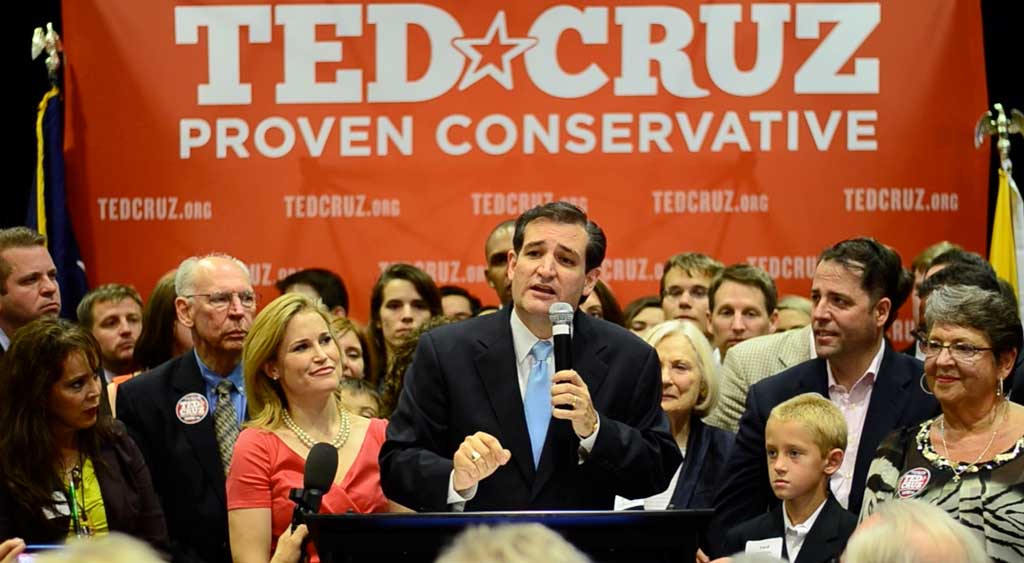 Does the person-by-person targeting depicted by House of Cards ring true, I asked Oczkowski? “Campaigns look at this information at the metadata level, making large scale aggregate decisions,” he said. “Sometimes we are making decisions at the individual level, but kind of more for modeling.”

Referring to Pollyhop, and Underwood’s even more sinister response to it, a plan to use private NSA data, he reassures me, “There aren’t illegal NSA dumps or search engine manipulation. It’s rare if ever that you pull up an individual.”

“There is always a tiny grain of truth behind House of Cards,” he says. “Pollyhop is supposed to be Google. Is Google manipulating search results on behalf of candidates? No, come on. But the grain of truth in that stuff is: is big data collection happening on behalf of presidential campaigns? Sure. Campaigns will work with companies like Axiom or Aristotle who have lot of data, most of it being credit card purchase history.”

He says that behavioural science is the next frontier in how political campaigns – and companies – communicate with individuals. “To this time communication has been driven by demographics – crafting messages for demographics. That is just foolish, because lots of people in every category don’t think that way. Behaviour is a much more useful set of data.”

In the past a candidate might have noticed that their support from women was falling, and crafted an ad which appeals to women. Now they might put out three or four, appealing to different groups of women on personality and behavioural grounds. “Putting out an ad to attract women in a certain area is kind of backward and insulting to women. You want an ad that understands what actually motivates people,” says Oczkowski.

Another brilliant @Grassroots_Out rally this evening in Newcastle, huge appetite out there to get our country back! pic.twitter.com/3LcaMEpD7y

The Grassroots Out campaign has recently consulted Cambridge Analytica

In the US that sophisticated use of data has been going on in a serious way since Barack Obama’s re-election campaign in 2012. In the UK there is less sophistication.

Cambridge Analytica’s Brittany Kaiser describes the company’s work for Grassroots Out as “a much lighter version of what we do in the US.” They analysed every supporter the campaign has signed up, and then threw in information they could find about those people from social media and publicly available data sets like electoral records. On top of that they have the in-depth surveys which the campaign has conducted, asking supporters what it is about the EU they dislike.

That has allowed them to break anti-EU supporters into five different groups, including Disaffected Tories or a group loosely referred to as young people nervous about their future. That is already allowing the campaign to hit different people with different messages.

“If you speak to a young liberal person about closing the borders, that is going to turn them off. But you might want to talk to them about creating more jobs in the country,” says Kaiser. The Out campaign isn’t about one thing – there are so many topics that resonate with different types of people.”

Kaiser says her small team in the company’s office behind the Japanese embassy in Mayfair – consisting of a data scientist and a few creatives, messaging experts people and in-house psychologists – will take on more work for Out once it’s been decided who the official campaign to leave the EU is going to be.

As in House of Cards, the stakes are high. Cruz and Out face uphill struggles in the coming months, but success for both might hinge less on passionate conservatism than it does on millions of cells of data.