Joyless profs have spoiled the fun by banning mortarboard throwing from a graduation ceremony.

Students graduating in Classics at Birmingham Uni will no longer be able to celebrate throwing their caps into the air because of petty health and safety fears.

In a poorly phrased email sent out before the ceremony, students were told: “Throwing of caps is not be permitted, due to health and safety.”

The email banning mortarboard throwing which was sent out to Classics students. Spot the typo?

So those graduating in the department of Classics, Ancient History and Archaeology won’t even be able to enter the carpe diem spirit they studied so hard for.

“I personality don’t see the harm in it, and honestly don’t think anyone will take the ban seriously.”

A spokeswoman from the University of Birmingham told The Tab: “The email in question does not refer to our formal graduation ceremonies but concerned a specific private event where space was restricted.

“The University of Birmingham does not have a policy or ban on cap throwing during degree congregations.

“We recognise that this is a time of celebration for our students and their families after years of hard work and dedication and want to ensure everyone has an enjoyable time.”

A spokeswoman for graduation gear suppliers Ede and Ravenscroft told The Tab: “Over a number of years students have been injured by falling mortarboards.

“We have therefore identified the throwing of hats as a risk to health and safety. As a responsible company we don’t want to condone any activity which could lead to someone being injured.” 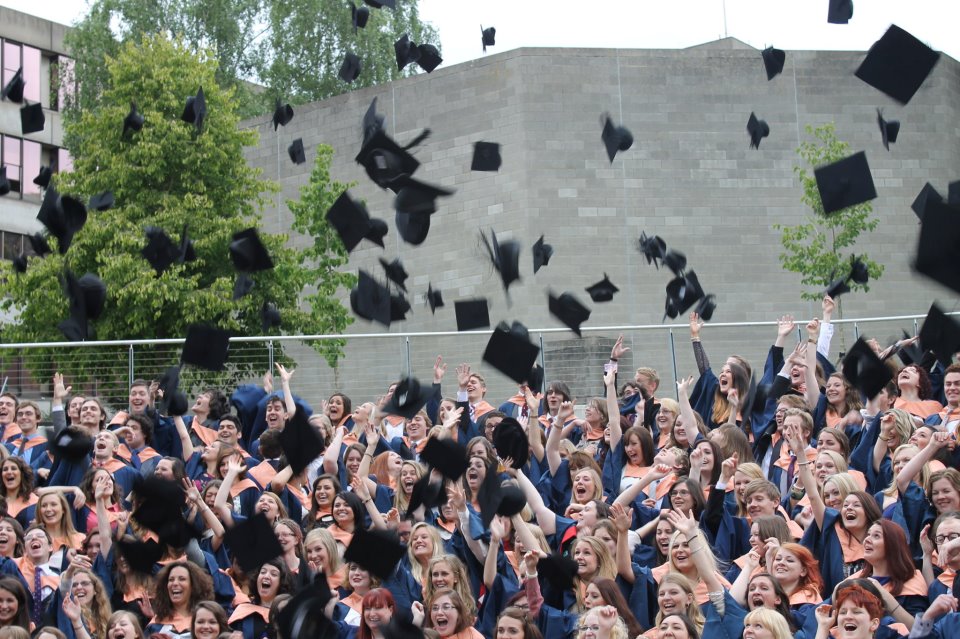 This isn’t the first time graduation cap throwing has been curbed due to dreary health and safety worries.

Back in 2008 Anglia Ruskin were worried somebody could get hurt from one of the not-so-lethal mortarboard corners.

One student needed stitches after he was hit on at the head during a ceremony at the Cambridge uni.

A statement on their website says: “It is requested that graduates do not throw the hat up into the air, as this not only caused damage to the hats but can also cause injury if the corner of the hat hits the graduate or others who may be nearby.”

At the time, an Anglia Ruskin spokesman said: “The student’s graduation was ruined, so we want to make people aware that they should be careful.

“Students often throw their hats into the air for photos, but we have advised them not to. However, there is not going to be somebody going round telling them to stop throwing hats.”

But far from being a quaint British tradition, throwing caps at graduation is believed to be a US navy tradition.

When sailors became officers, they chucked their old hats into the air to celebrate. In a rough attempt to be edgy, unis and colleges somehow caught on to the trend.