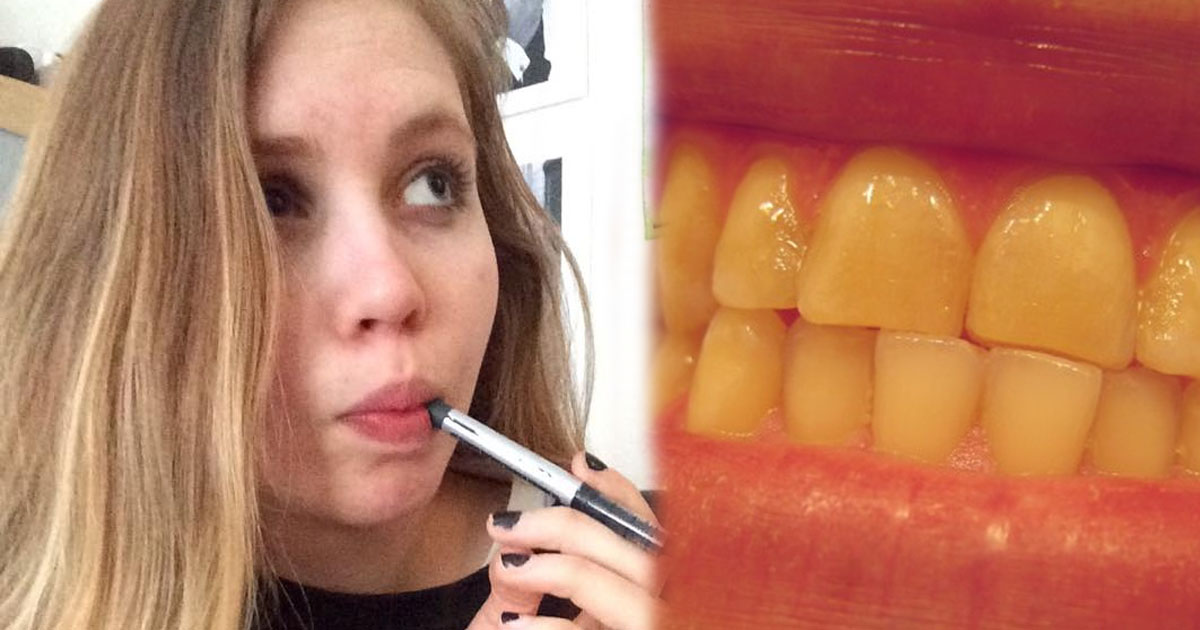 Just think of where it’s been

Chewing your pen lid too much can turn your teeth brown and even damage your facial muscles, experts have said.

Nervous revisers can find their mouths riddled with infection and even grinding down their teeth from over zealous biting of plastic caps and metal pens.

Harder plastic and sharp edges can cause hairline cracks in the enamel, which show up as thin brown lines which look like tea stains. They can also cut the mouth, leading to a higher risk of infection. But biro masticaters are at the mercy of catching the norovirus, which hangs around on surfaces for up to seven days.

If you regularly chew on your pen lid, you could risk damaging the muscles around your mouth, causing lockjaw, and wearing down your teeth so bad a dentist would need to artificially restore your gnashers. 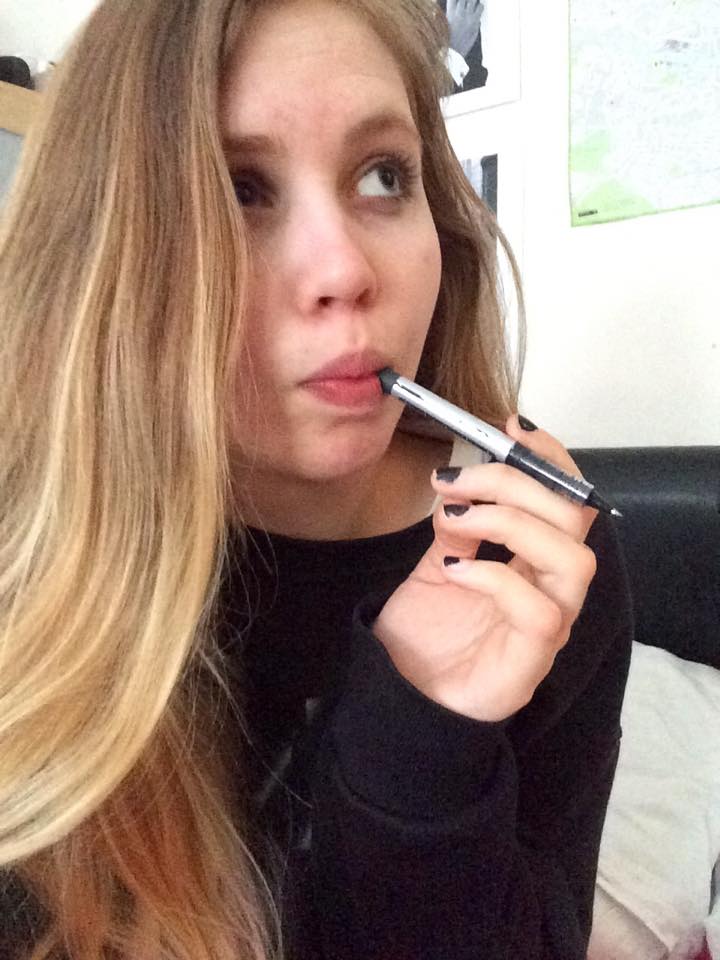 Top dentist Michaela O’Neill warned studious students to be careful when putting things in their mouth.

The President of the British Society of Dental Hygiene & Therapy said: “Chewing on our pens may seem harmless but it’s an all too common habit that can have potentially damaging effects.

In addition to the risk of swallowing the pen lid, harder plastic lids might have sharp edges so we risk cuts and infections in the mouth. Habitual chewing on pen lids can also cause tooth wear and possibly, depending on the jaw movement, can shift the alignment of your teeth.

“Tooth surface loss by chewing pens can lead to invasive dental treatment, sensitivity and browning of the biting surface.”

The occasional chewer might be trying to attract their library bae, but habitual chewers might be stressed, nervous or simply bored.

The deceptively harmful lid could be even more dangerous if someone else has chewed it. 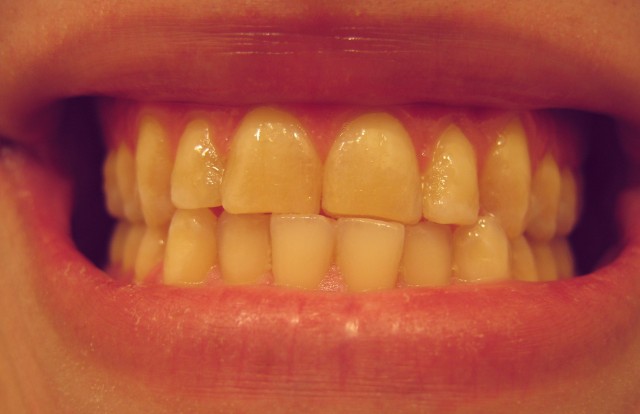 The teeth here have shifted, causing what is known as a deviated midline

O’Neill urged people to think about where their pen had been and the potential viruses it could be carrying that can knock you out for days if not weeks.

She added: “It’s not terribly hygienic. Just think of where the pen could have been: rolling around on a table, the floor, it has perhaps even been chewed by somebody else at one point.

“Bacteria and virus’ surviving on the plastic or stainless steel can last for anything from days to months.  The cold virus survives for more than seven days while bacterial strains of C. difficile and norovirus are also possible.”

Feeling the need to bite down on a pen while revising can be a sign of good ideas, or to let out some pent up aggression.

But chewing a pen can have its benefits. The hardcore chomper may find it reassuring according to Cary Cooper, professor of organisational psychology and health at Lancaster University.

Cooper said: “We are raised feeding off our mother’s breast, which is later replaced with food. For some people, if they are stressed or feeling low, they find food reassuring — and that could also apply to objects like pen lids.”