Thought your interview was bad? Read these job application nightmares

Maybe you didn’t get that dream job or internship this summer. Perhaps you didn’t have that ‘spark’ they were looking for or didn’t blitz the tests. Or maybe you just had an absolute mare like this lot. Some firms’ names have been removed for legal reasons.

Just before I applied for grad schemes, one of my friends edited my CV so under “Abilities” it said “Able to place own willy in mouth.” I sent it out to loads of grad schemes and didn’t get any replies. I did get an internship at Intelligent Life magazine though. During the interview the editor had my CV in front of him and obviously hasn’t read it yet. Suddenly he made a squealing sound halfway through the interview, but he was too polite to mention it. Then in a follow up email he just said “You may want to check your CV.” And it was only then that I realised what had happened.’ 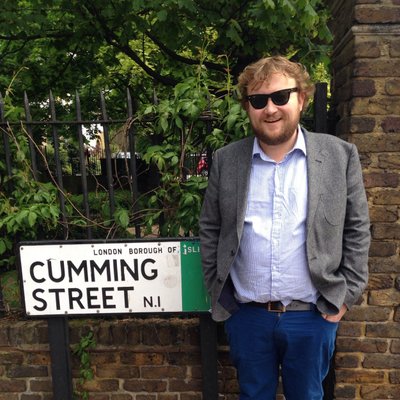 What can I say? I’m just very bendy

I got the internship though. I immediately apologised and offered the only explanation that I could think of: that while I was editing my CV in my rooms at University, my roommate had gone in and amended the document without my knowledge.’

My mate who did it didn’t fess up for like two years though. She thought she’d ruined my career, but I thought it was hilarious. I don’t think that kind of thing actually makes any difference. If anything it makes you more memorable. When I first went to the Telegraph everyone had heard of it- I was known as the CV guy’.

A phone interview in person

I got confused with another job application and turned up in person for a phone interview. There was a lot of confusion before I eventually overheard a woman saying her phone interview was not picking up. I explained what had had happened and she decided to take me into a room and do the interview there. However, because it was supposed to be a phone interview, she said I would gain an unfair advantage if we did a face-to-face meeting. Instead, we had to sit in the same room with mobiles to our ears, pretending we were on a call. I wasn’t even allowed to look at her, so I just stared at my feet. 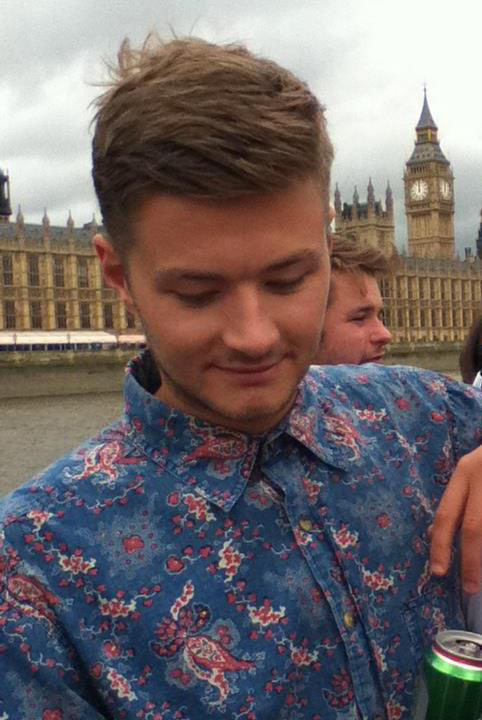 Somehow, yes. I never saw the woman who interviewed me again.

I pretended to be a model

I suppose you get what you deserve for applying to Abercrombie, but I went to one of their things in my gap year and I honestly expected it to be for a sales or backroom job. It turned out it was in fact a group interview for the front of house buff bods job, where you have to dance and stuff. The others in the room were either dumb jocks or models – I recognised two from advertising billboards. Then we were asked to sum ourselves up in three words. To my eternal shame, I went for “buff, bubbly and boisterous”. 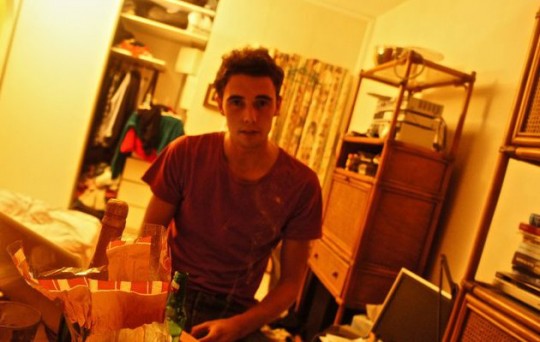 It was a pretty standard process, but the interviewer asked me to “tell them a secret” and I panicked and ended up telling him: “I still play the ‘safety game’ after I fart.” He looked perplexed and asked me what it was. I had to sit there and tell him: “If you fart, you have to say the word ‘safety’ before anyone else says ‘doorknob’. If someone says ‘doorknob’ first, they are allowed to beat you up.” He must have thought I was an idiot.

I was feeling pretty confident, as I’d been employed by Waitrose before (for three years). I applied for a customer service role at a branch near my university thinking I’d have it in the bag. I was so wrong.

There were only three of us in the group interview, which made the tasks slightly less embarrassing, but still pretty cringe nonetheless. First task had the potential to be fun- we were asked to produce a TV advert selling a product. Until they told us the product we had to sell was sea salt. Thus commenced a really cringey 30 second “advert” of me pushing an invisible trolley round an office, pondering on which type of sea salt to buy.

Whoa, is that some salt? I fucking love salt!

I didn’t get the job- my acting skills clearly weren’t up to scratch. Pretty embarrassing, considering I’ve worked for them for three years.

My well-meaning and over-exerted state school decided it would, in an unprecedented event, hold mock interviews to prepare us for the future. Many of my friends were given friendly, wise elders with anecdotes galore and kinder eyes than Gandalf. In fact, many of my friends were essentially interviewed by Gandalf. Some spoke of hearing of stories of running away with coke barons to Italy.

YOU SHALL NOT PASS

I was interviewed by Sauron. He didn’t ride on a motorbike with major drug exporters; he’d had his soul broken by commerce. His opening question was whether I knew anything about Epictetus. My name, character or feelings were seemingly irrelevant. He then asked if I knew how to nail jelly to the ceiling, and raised an eyebrow when I admitted it wasn’t part of my skill set, snarling: “Thinking out the box. That’s what it takes these days! You ain’t got it if you can’t answer that question…I heard it on BBC4, y’know?

He then proceeded to ask me which paper I read. I answered. He slammed his hand on the table, lifting from his seat and shouting: “AHA! Never give your politics away in a damned interview, girl! I’m a Tory and I probably wouldn’t employ you now. And anyway, if you’re smart and you read this paper, how many pages was it long yesterday?” I admitted that again, I had dropped the ball. He told me the answer, shook his head and ticked the “This despondent bag of spots and hope will be reduced to begging at the steps of Argos for a soul-eroding chance of employment” box. I let myself out.

‘Expect to get your arse slapped’

After painfully watching all my friends applying for jobs and not knowing what the fuck I wanted to do, I applied for a few recruitment firms. I secured one contract and became greedy so went for another company. Karma quite literally slapped me in the ass. The guy who interviewed me was pretty fit and when he told me I was good looking I was chuffed… Until he proceeded to say that I’d probably have to make sacrifices using my looks to secure deals and expect to get my arse slapped by the guys at work. I’m all for workplace banter but sexual harassment and sucking off 50 year olds to secure deals? Nah.

I took the contract I had already secured and quickly severed contacts with the other firm. Maybe I’ll reconsider once I’ve been in the recruitment game for a while and my experience is more outstanding than my arse.

Last year, I had the standard arts-grad crisis, figuring out what I could do with my degree. I dressed up my CV, feigned enthusiasm and spent my hangovers applying to companies I’d never head of for jobs I’d apparently always wanted to do. My search was far-ranging – from management to teaching, law to PR and whatever falls into media’s broad church; before eventually, I landed an interview with a recruitment firm in Leeds. The preceding email had instructed me to “dress smartly” and arrive at the Raddison Hotel at “1pm sharp.” I did, Windsor knot and all, but nothing could have prepared me for what ensued.

My interviewer turned up ten minutes late, and within seconds of shaking my hand, even before my arse had returned to its seat, he began, “Why did you get a C in French?” He was referring to my A-Level grades, (AAC), so I panicked and gave some spiel about having a bad day of the exam. He went on to belittle my work experience – he saw straight through the padding – “promotions production at York’s premier night club” was really just handing out leaflets in town, and he didn’t give an inch. What was meant to be a half an hour chat lasted fifteen minutes and culminated in him slating my suit, “I wouldn’t have worn pinstripe to an interview.”

He told me on the spot not to expect an email and left without even finishing his drink. I ordered another, planned a moody blog, and realised the corporate world probably wasn’t for me. Now, I’m a journalist.

I was in the waiting room trying to make small talk with some of the other interviewees while we were waiting to be taken upstairs. I had read somewhere on wikijobs that the assessment would be broken into sections (e-tray exercise and business summary) and I wanted to know from the others if they had seen that and what their thoughts were. It was for a summer internship for a “big four” accounting firm.

The guy I was talking to was a real square, typical accounting type and he calmly informed me that “he would not be discussing tactics with potential competitors” before he swiftly pulled out a pre-made dossier from his briefcase to finish swotting up on company details.

The other guy was clearly a dick

I did end up getting the job. Amazingly when I turned up at the internship for the first few days conference ( a getting to know you exercise) I didn’t see this guy anywhere. Perhaps he didn’t come across well in interview (doesn’t play nicely with other children etc.).