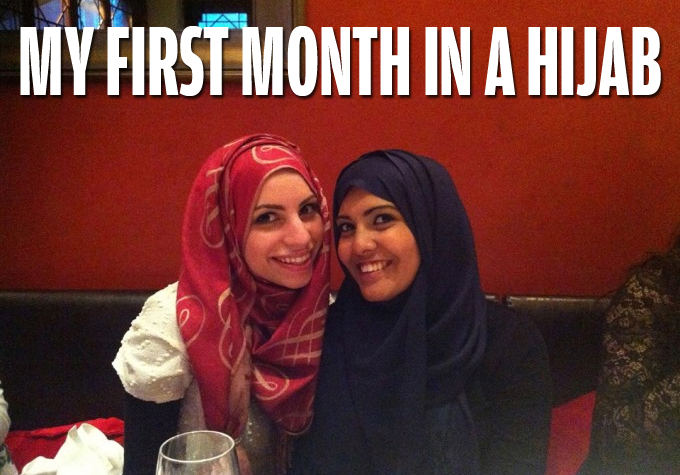 My First Month in a Hijab

A 4th year medical student at Imperial on why she started wearing one, what it’s like, and how everyone’s reacted

My decision to put on a headscarf (or a hijab) was easy. I knew that it would eventually happen one day but I struggled with when it would actually happen. 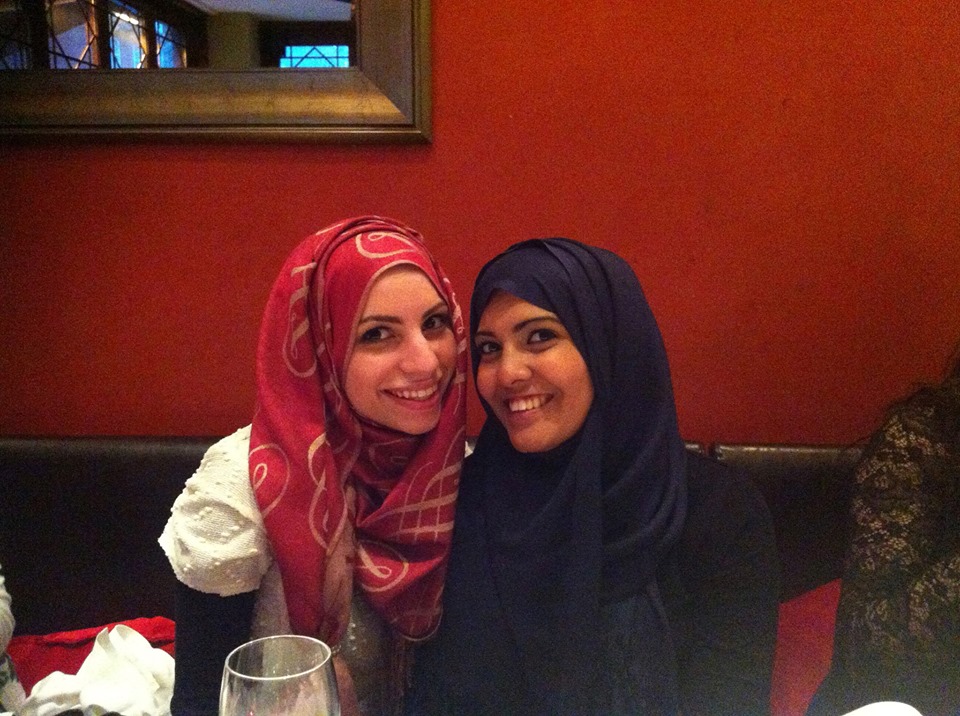 I’m the one on the right

The idea came into my head when people would ask me why I didn’t wear a hijab. It’s quite a bold question to ask and I never really had an answer for them. I was even flattered that they thought I was at that stage of my religion where I could put one on. At the time I didn’t think I was ready.

But the more I thought about it, the more it hit me. Why wasn’t I wearing a hijab? I prayed, I fasted and I practiced Islam the same way a girl wearing a hijab would. I always knew I wanted to become more religious but I always thought it’d happen later in life. I’m young and thought a hijab would restrict me from living my life to the fullest. 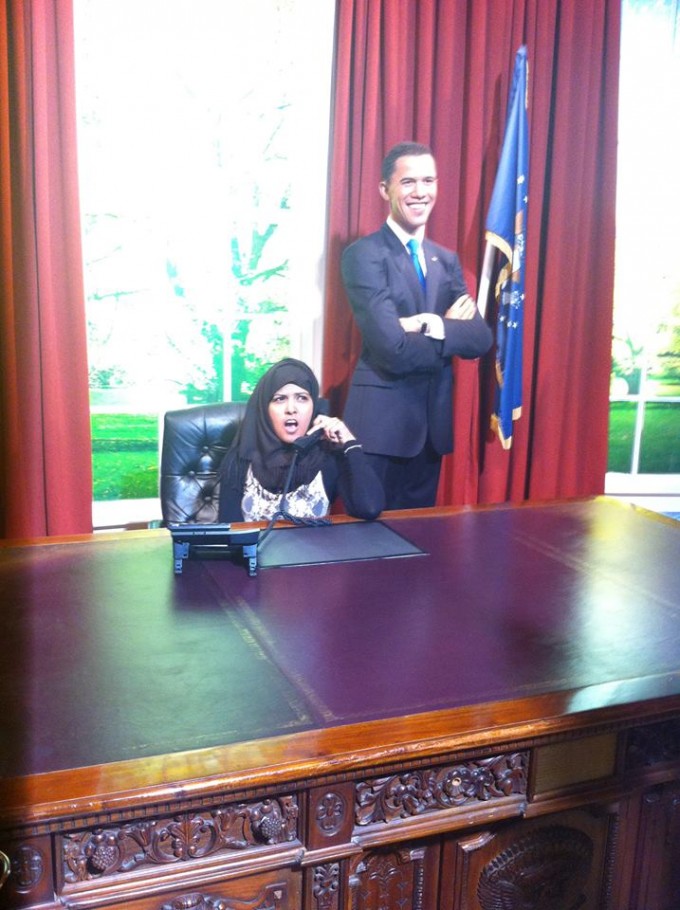 “What do you mean Dominos is going to take an hour?! Iftar is in like 20 minutes and me and Barrack are mad hungry, man”

The literal meaning of hijab is to veil, to cover, or to screen. To put on a hijab is more than just covering your hair. It is a different way of living. You don’t just place a scarf on your head. You commit yourself to living a modest life, behaving with dignity and in a respectable manner.

By putting on a hijab, I am showing the world that I am a Muslim woman. In recent years, this has become a very important symbol for Islam. I am now an ambassador of Islam and people should be able to learn about Islam through the way I am and how I live my life.

For that reason, the decision to put on a hijab is something that requires careful consideration.

One of the best influences on my decision was my female Muslim friends. I have many friends who wear a hijab, including my best friend. The main thing I noticed was how they did the same things I did, acted the same way I acted and lived completely normal lives. The only difference was that they were wearing a scarf and I wasn’t. 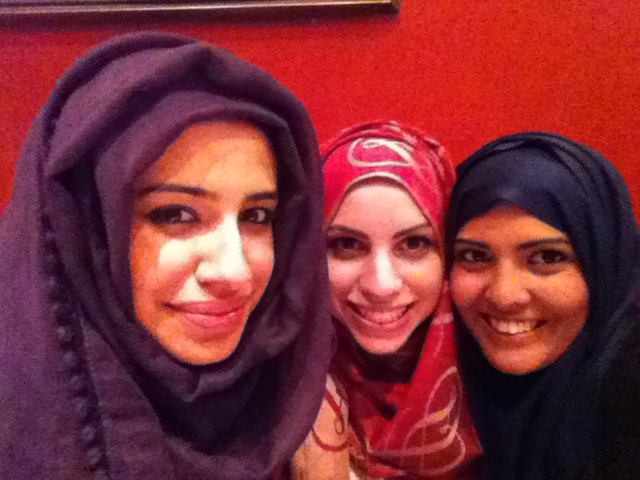 I had always believed that wearing a hijab meant you had to be a certain kind of person. You had to be quiet and reserved and you could never speak your mind. I had been brainwashed to think that it was a sign of oppression, that it was limiting and restricting.

But these girls showed me that I was completely wrong. They all love their hijabs just as much as I love my religion. There was never a moment that they regretted wearing it or found it inconvenient. They were happy to show the world that they were Muslim. They showed me the beauty of hiding one’s beauty.

I was also scared that I wasn’t good enough to put on a hijab. I didn’t have enough knowledge, I didn’t act the way I was meant to (and by this I mean, I’m loud and pretty crazy). How could I become a model of Islam if I wasn’t at the peak of my religion?

But the truth is that every Muslim is constantly striving to become a better Muslim. There is no ‘peak’ in time where I could say that I was good enough to put on a hijab. I realised that it was about taking things a step at a time, putting on a hijab just being one of those steps.

I realised that I could put on a hijab and continue to better myself. I learnt that by putting on the hijab, it made me even more motivated to become a better Muslim. I know that I can still improve and now I feel I am even more committed to my religion than I was before.

A hijab is not a tool of repression, and it never has been. It is a modest, pure and beautiful concept. The Quran clearly states that there is no compulsion in religion (Sura  2:256). Therefore it is a woman’s decision if she decides to put on a headscarf and, at the same time, no one can judge her if she doesn’t wear one.

The ultimate reason why Muslim women but on a hijab is because we believe that God has commanded us to do so (Sura 24:30-31). Our duty as Muslims is to submit to God and we do so with pleasure. We believe that God knows what is best for us, even if we do not understand it ourselves and so we follow His commands without hesitation. 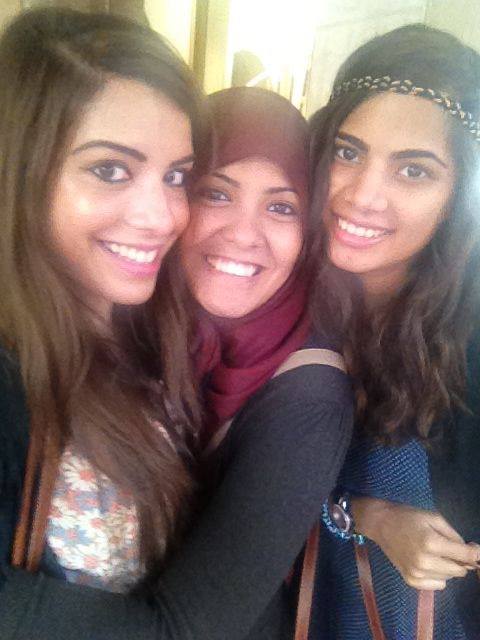 After putting on my hijab, I have noticed subtle changes in the way people act towards me. It’s nothing too major. It just shows how people view a woman in a headscarf.

My Muslim girl friends were so happy and supportive. They have been amazing in my transition from non-hijabi to hijabi. I can even see how they are freer around me and more willing to share their knowledge, because they know I am eager to learn.

Muslim boys are different when it comes to how they treat a girl in a headscarf. I’ve noticed a bigger change in the way they act towards me. Guys are now more respectful around me. They are more aware of the boundaries that Islam has placed between men and women when a hijab is involved.

Because they know that I am covered to hide my hair from them and that the only person who will ever see it will be the man that I marry. Only my husband will be able to see and appreciate the beauty underneath. This is one of the most beautiful aspects of the hijab.

For most, if not all, non-Muslim girls, they will continue on as normal and treat me the same since my hijab does not change the dynamic of our relationship and underneath this scarf, I am still the same person. 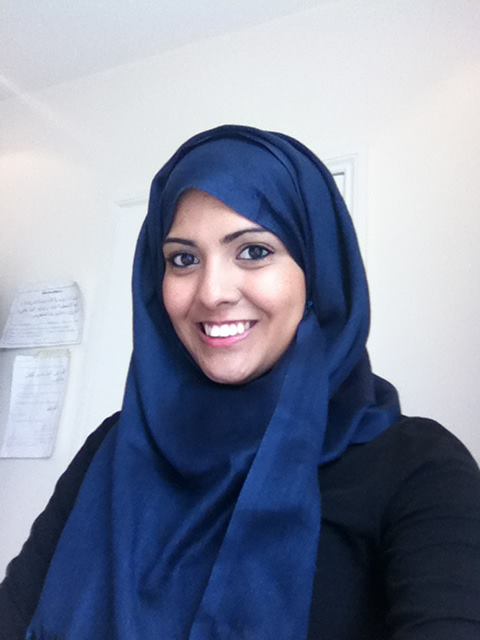 The rest of the world views me differently. I am now ‘one of them’. It’s a difficult climate for Muslims in the West. It is even more difficult to boldly state that you are Muslim.  You have to be strong to handle any negativity that may be thrown towards you. You have to be ready to explain why you wear one and you have to realise that some people may associate you to things they see in the media, things that you wouldn’t want to be associated to.

But all people are different. Some will see me as more trustworthy and reliable. They’ll stop and ask me for directions or ask me to take a photo, because they know I won’t run away with their camera.

Unfortunately there are those people that will keep their distance. I’m not offended by this at all. People are scared of what they don’t know and I can understand their innate reaction is to avoid me altogether. I can only hope that one day they’ll approach me and ask questions so I can answer to the best of my ability.

The biggest change I’ve noticed is in me. I am happier, more optimistic and freer. I feel more liberated when I am covered up because I am showing the world who I truly am. I can proudly step out the house in my hijab, knowing that I am on the path of becoming the person I’ve always wanted to be.

Aemun is raising money to go do some charity fundraising work in South America, donations can be made here.