Sponsored by Pot Noodle
Pot Noodle make tasty and filling food that fits into your busy lifestyle. The ease and speed of our meals means that you can focus on living rather than cooking, without missing out on your favourite delicious flavours. She went to the two biggest superclubs in the city

After 12 hours of travelling Bianca Polizzi arrived at Flamingo, the oldest hotel on the Vegas strip – a week before her second year exams.

Not many students would ditch revision and visit Vegas so close to their exams.

Bianca isn’t like most second years though, since she can remember she has travelled the world with her parent’s work, she tutors French and she has completed World of Warcraft three times.

Before Vegas she was preparing for her two French and European Studies exams with 10 and a half hours of revision a day.

After winning a time-saving idea competition with Pot Noodle, Bianca soon turned her back on her studies – she watched Darth Vader swing off of the ceiling in one of Vegas’ biggest clubs, she won big in the casino and took selfies at the Grand Canyon. 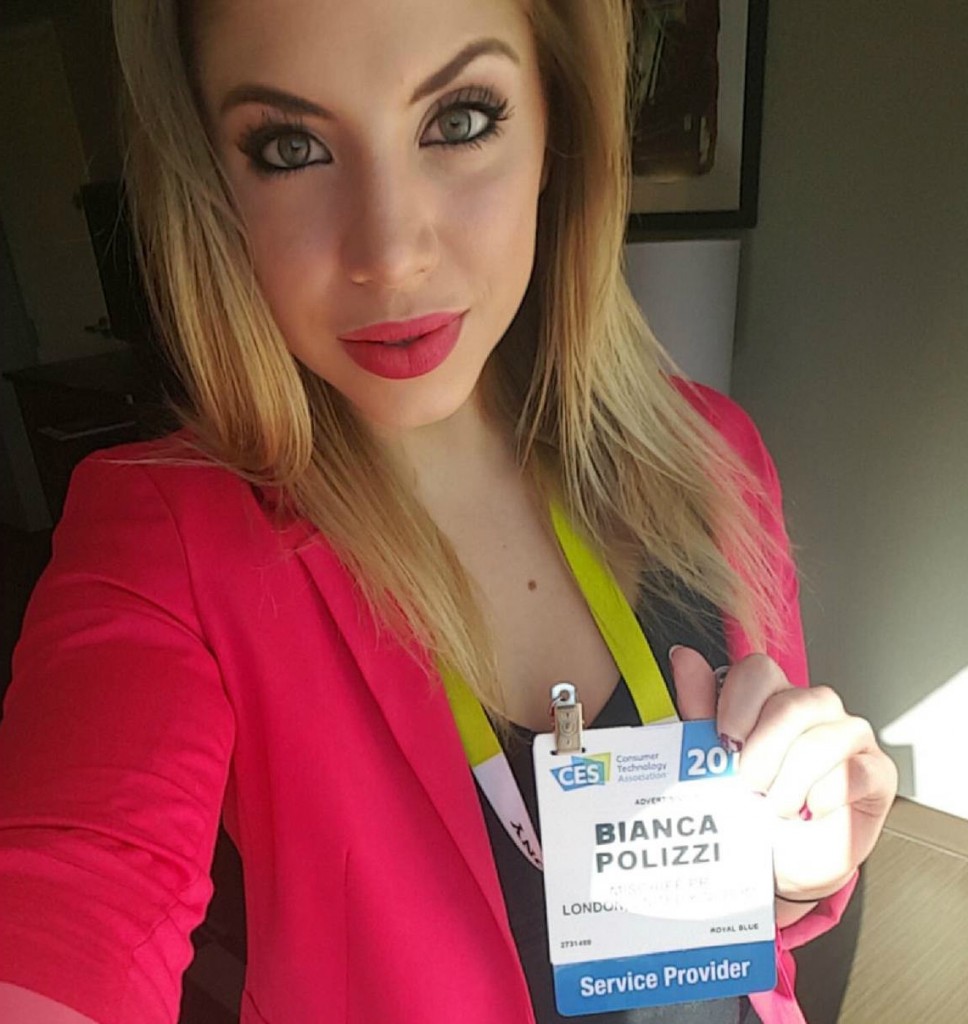 Bianca with her badge for the Consumer Electronics Show

Bianca fitted a lot into the couple of days she was in Vegas, including going to two of the biggest superclubs in Vegas, Drais and Omnia.

“Drais and Omnia were just ridiculous. A$AP Rocky was playing when we went to Drais.

“At Omnia, Darth Vader was doing acrobatics from the ceiling and half-naked girls were hanging off the ceiling with umbrellas.

“We went to the Freemont Street Experience. There’s this thing called the Ceiling of Light – they do this incredible light show. We went to a load of casinos and we did the Grand Canyon on Monday.

“At the Grand Canyon there is a sky walk, me and my friend lay down on it like we were flying. All the tourists were laughing at us as we slid across the glass.

“I also drank my first espresso martini and I learnt how to make one. I won at Blackjack and made $120. I’d never played it before Vegas and won in a lucky 20 minute session. Then I played another day and lost it all.

“It’s just upsetting my week in Vegas came to an end. I had a king-size bed.” 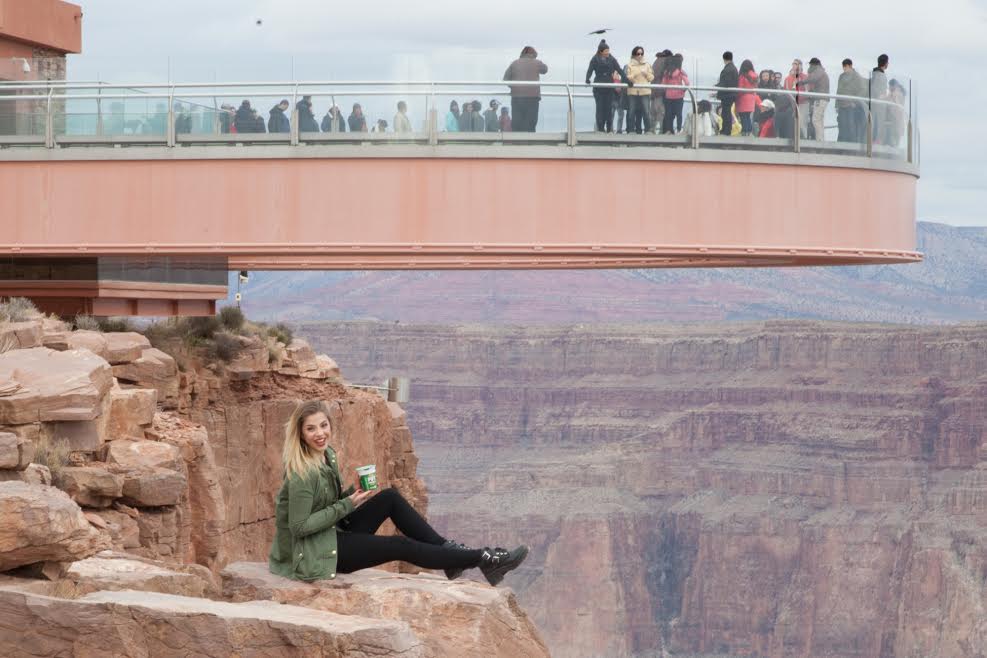 Bianca and the sky walk

The last few months have been a rollercoaster for Bianca, who after winning a competition has had her idea of a portable kettle turned into a functioning prototype.

She has even appeared in a promo video for Pot Noodle and has taken her prototype invention, the Kettle Kup, to Vegas.

Bianca said: “I’m hoping to refine my idea to make it less expensive, to make it smaller and make the charging station better.

“Then I want to see what it will do on Kickstarter after my exams.”

She said: “This is just the start of it all. The competition has really changed my outlook on life – you should just go for things as there’s really nothing to lose.” 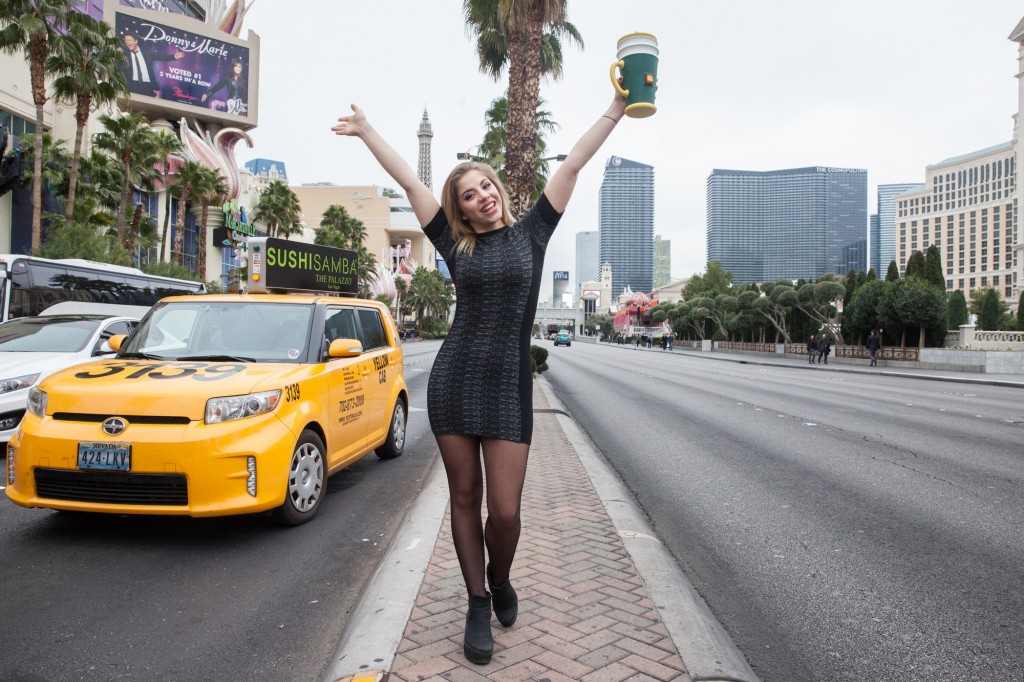 Bianca and the Kettle Kup

Bianca’s trip to Vegas included spending time at the Consumer Electronics Show, the largest tech event in the world.

Inventors and developers like Bianca showcase their inventions to potential investors and the media.

Bianca said: “There was this pod which was really cool. You sit down in it and they take your heartbeat – mine was 110 beats per minute and then this dome comes down and it closes around you.

“There were these calming lights in there and they put these sound-proof headphones on your ears. 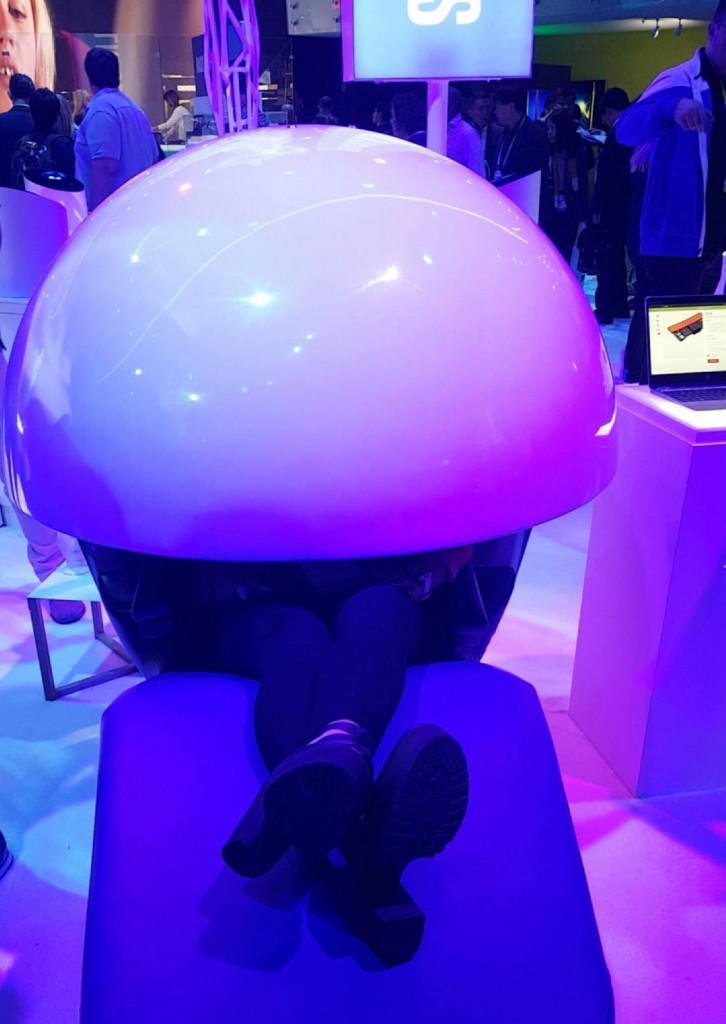 “There was a lot of virtual reality at the show. I put on a Veloster Zone Creative and there were suddenly zombies running straight at me. I love virtual reality because in the past I was a bit of an online gaming geek.

“I used to play World of Warcraft. I got to level 80 – which is the highest on the game – I had three characters at level 80 before they started making the game so easy.” 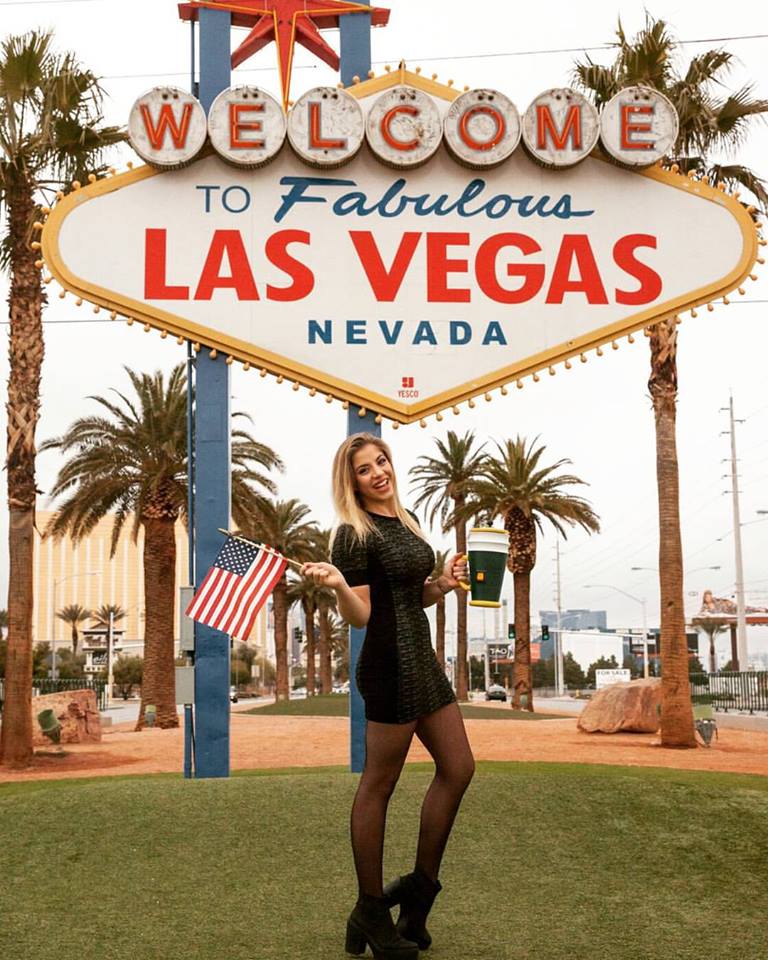 Bianca said World of Warcraft has become too easy

She isn’t missing uni much, but realises she has a bit of a mountain to climb in terms of revision when she gets back.

“When I get back I am going to have to start studying for my exam next week. Before I came to Vegas I was studying for 10 and a half hours a day, so I’m not in a terrible position.”

Check out Bianca’s time in Vegas with the Kettle Kup…