A freshman’s reflection on the events at Yale and Mizzou

I am sitting in a dark room listening to Christian music. A friend just left. He is concerned for me because I smiled and said: “I am confused” when he asked how I feel.

I said I was wasn’t happy or sad, but simply confused because I didn’t and don’t understand where I stand on this campus. I am a black woman with dark skin, with an 18-letter name, a slight accent and a nerdy engineering major.  Often I am the only one with this skin in classrooms at Yale, a predominantly white institution.

This is happening and I am still a student. I still have class. I still have work. Fox, NBC, CBS and others didn’t understand this, but many of my peers do.

Where do I stand? Where do I belong? Where does my voice, my skin, my genitals, my struggles, my passport place me among the crowd? Prior to this week I was confused as to why I, a prospective biomedical engineering major, was always the only black woman in many spaces.

Smiling gradually became more laborious. Even when you are hurting, you must smile. This week changed that. This week, being vulnerable was okay.

It became obvious that the Christakis Halloween email was only the straw that broke the camel’s back. I sat in the Af-Am house and saw women cry. I saw mirrors of myself break down. I saw women who are always told to be “strong,” be vulnerable, and in that moment, I was the most afraid.

I panicked because a secret was being told. We, black women, too, feel pain, cry and are vulnerable. I saw women who I’ve never seen not oozing confidence and strength admit the pressures of Yale crack them in ways it didn’t crack other students. I realized feeling out of place and alone wasn’t a novelty and I was saddened by that.

Time moved like a whirlwind and the internet blew up. People who seemed kind were suddenly vicious. Protests and demonstrations were almost a daily occurrence. I was amazed by Yalies, truly.

Over the course of a week, instead of these discussions being cries into a void, other races and genders listened. I was marveled people cared. People who didn’t need to care because it wasn’t their pain, shouldered our pain with us. I remember being surprised by the people who stood by my side as we yelled.

I remember being moved when Yetunde Meroe, a student, said to me: “We did this last year in the hopes that you wouldn’t have to.” 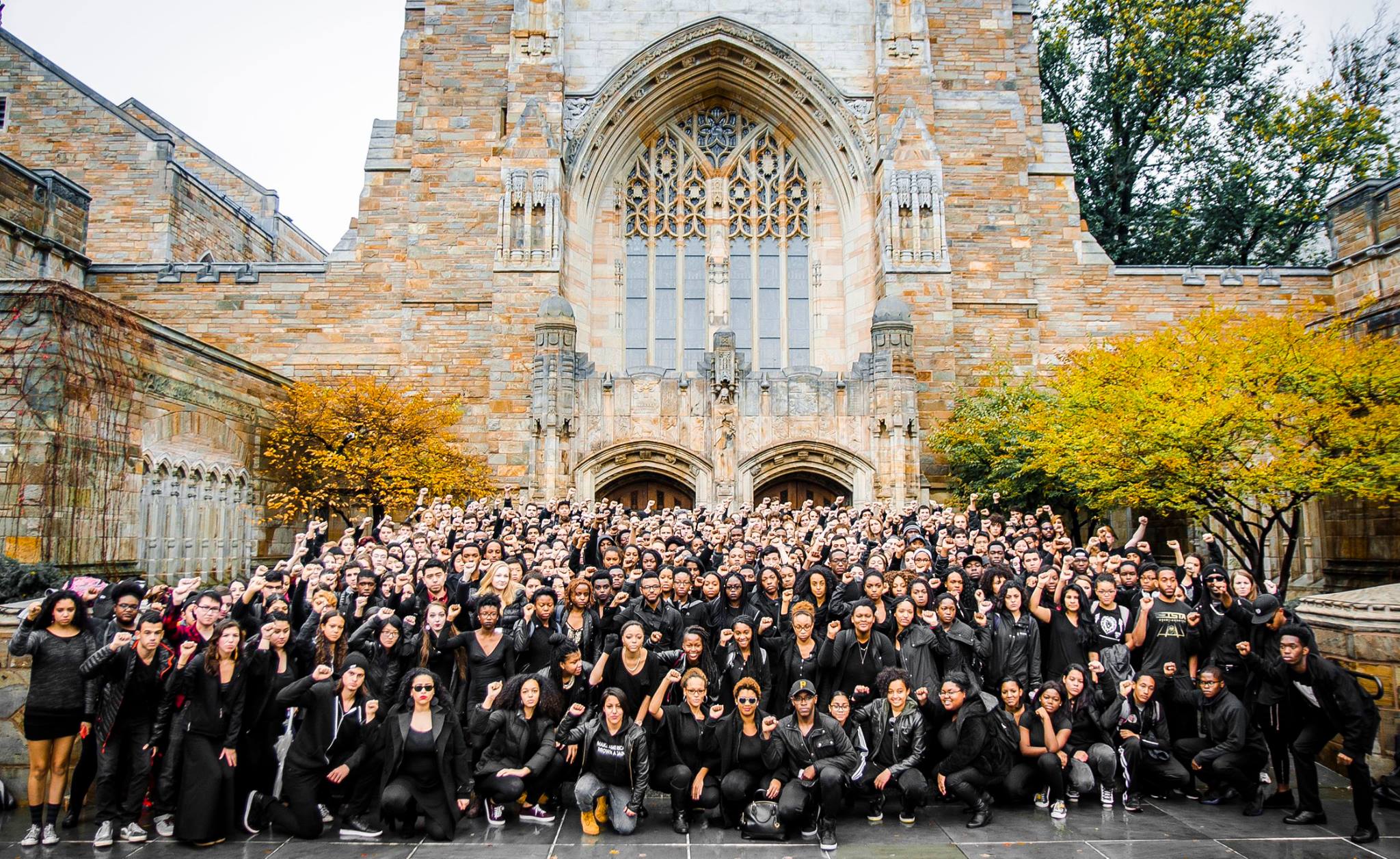 I saw my difference between others heighten because for once in my life, what I had to say mattered. I didn’t suddenly become smarter, but people suddenly wanted to listen.

I met people who I would not have ever met. I was wrapped in love by people who I never expected to even wave to me. I struggled in a collective when a week ago I thought I was struggling alone. I was surprised by Yale.

Then it dawned on me. I shouldn’t be surprised that I am loved because we Yalies are a giant family.

Now, looking back, I don’t think “I too, now, am Yale.” Whether anyone likes it or not, I pay to be here. Thus, I already am Yale. However, looking at Yale now, I think people now recognize that I, too, am Yale and there is a power in being acknowledged as Yale.

There is power in not having to second guess my input in class or section. There is power in walking down a street and being seen. There is a power in being noticed. I wonder if this is how it feels to be treated equally or like a white person or even a white male.

The most powerful part of this week was when I was in the Morse Music room, bent on a piano crying, singing and rapping. I finished writing a song and in confusion as to why making music forced me into a fetal position, I emailed my Peer Liason, Isaiah Genece.

For the thousandth time, he reassured me about my place on this campus. But the nature of the conversation was different. As he spoke to me, I understood as he was consoling me, he was consoling himself as well.

When we listened to “Alright” by Kendrick Lamar, it was a deep moment. The words were heavier and more apt than ever. When he smiled and laughed, he still looked tired and weighed down.

What weighed him down was something more than school work, but not as definite. This is Yale. This is the system of higher education for students of color. The constant weight is the melanin we carry and it is heavy.

We are standing in solidarity with Mizzou as people of color, as black people. Simply, we are fighting for freedom here, there, everywhere because it consoles us and gives us hope that it will be “all right”. It consoles us with the promise of hope, similar to the hope of Yale students in the 1960s who wanted people like us here.

The outpouring of love, from Isaiah, from strangers and from concerned friends, reminds me we are consoling ourselves still, every day. We are scared and we are confused.

In Mizzou there are white people threatening the lives of black students and all I can do is stand in solidarity, pray for them and by making my voice heard here, so far away, let them know there will be a change and there will be an end to this confusion.

To the people who ask why I chose to come to Yale when it is a predominantly white institution. To you I answer, it is because I have the right and because Yale offers privileges my skin tone may deny me.

It’s because across the sea there are people, with skin as rich as mine, who have been told they can’t, but in me and my brothers and sisters here, know they can.

So, in solidarity with black people across borders and barriers, I stand with you and I pray for you and I implore you to stand with me as I stand with Mizzou. In the words of my mother: “When you are sick, the people who bring you soup are the ones who don’t catch cough.” That is why we must fight for each other.

This is why I have hope. Because we as a multicultural community understand each other and are standing up and fighting for each other.

That is why I can smile.