Early on October 2nd an assault and attempted abduction occurred near Observatory Drive. UW-Madison Police tweeted later that afternoon that the incident was being investigated.

Piggybacking off of that, UW Transportation tweeted that SAFEwalk had increased their staff levels to accommodate more walks (which can be requested between 7PM-1AM by calling or texting 608-262-5000).

This is a very rare occurrence…this stuff doesn't happen here. But, we have increased patrols in the area as a precaution.

The "stuff" being referred to is assault. Let's take a look at the statistics for only sexual assault crimes here on campus.

"This stuff doesn't happen here?" "A rare occurence?" Then why do I still get emails from you telling me about last night's sexual assault?

According to the Sexual Assault Campus Survey, 27.6 percent of UW-Madison females have been sexually assaulted.

According to the Division of Student Life's 2015 Sexual Assault Summary, there were 214 reported incidents, and at least nine percent of those assaults were committed by people the victim did not know.

Why are't hundreds of reported sexual assaults enough for the police department to realize assaults do in fact happen here?

Headphones or not, it's not the victims fault

@zuhwahdee also called out UW police for victim blaming, and their response does little to reconcile her concerns.

You're absolutely right — and it's never a victim's fault. But we try and offer tips and tools for people to help offer protection. 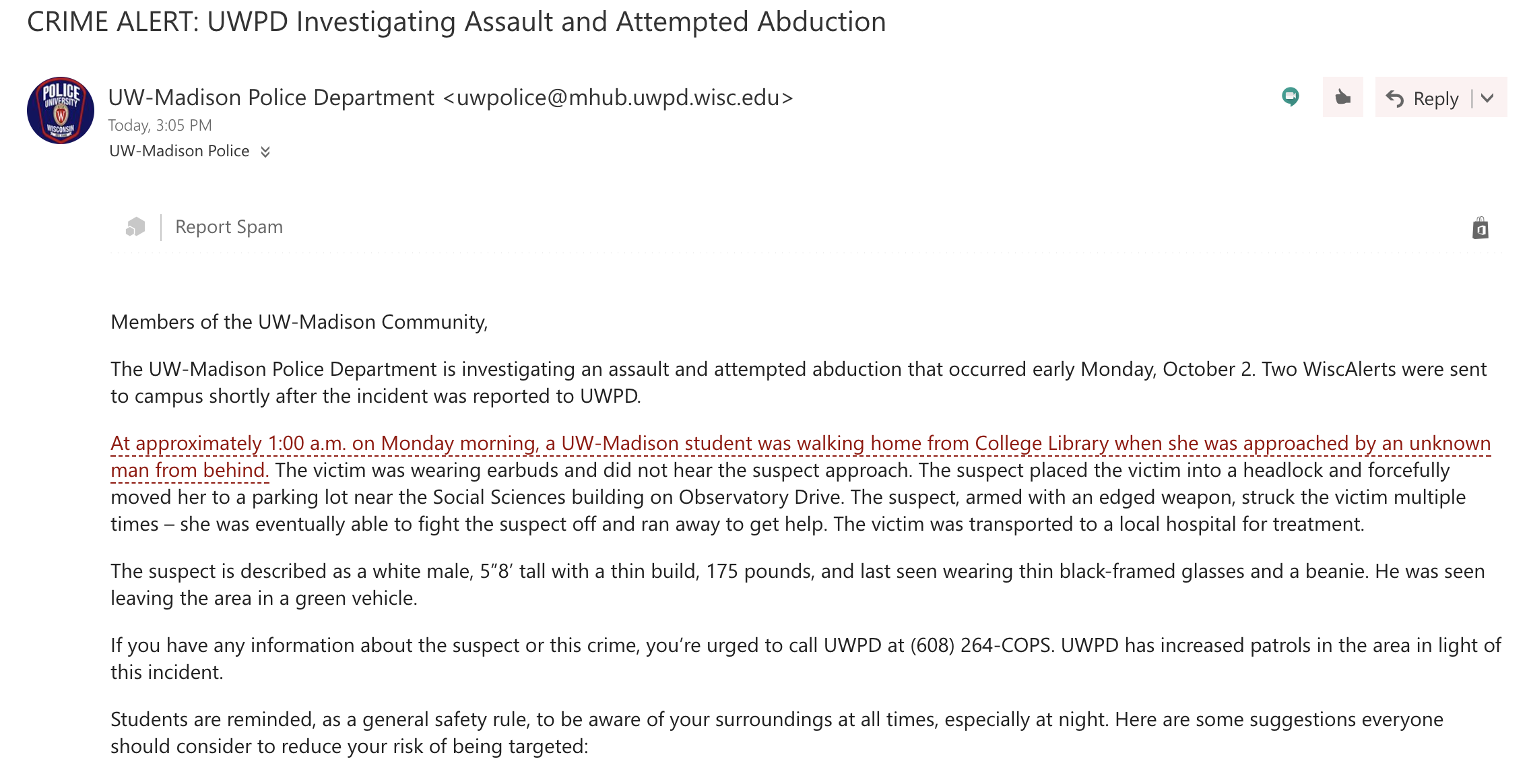 I'm sorry, UW-Madison Police, but offering tips and tools is not enough. We should feel comfortable and safe walking through campus at night, and although we appreciate your increased patrol hours there are more ways to increase protection. What about a free taxi service from the library, free self defense classes or lengthening SAFEwalk's hours?

@UWMadison and @UWMadisonPolice must work together & put resources into keeping ppl on campus safe. Free uber codes would be a good start.