First of all, the fact the drinking age in America is unreasonably high is not something I even want to begin to delve into (see: drinking age in literally every other country).

Yep, university authorities have cited me twice for illegally drinking on campus, and that’s pretty shitty. Let me tell you why:

The first time I was written up was fairly deserved

It was the second week of my time here, and there were about seven-too-many people in a tiny dorm room. We were drinking some beers. The music was too loud, the shouting was too much, and the time was about five minutes past quiet hours. We got that heart-sinking knock on the door that meant an RA had heard our shenanigans, and we were all screwed. 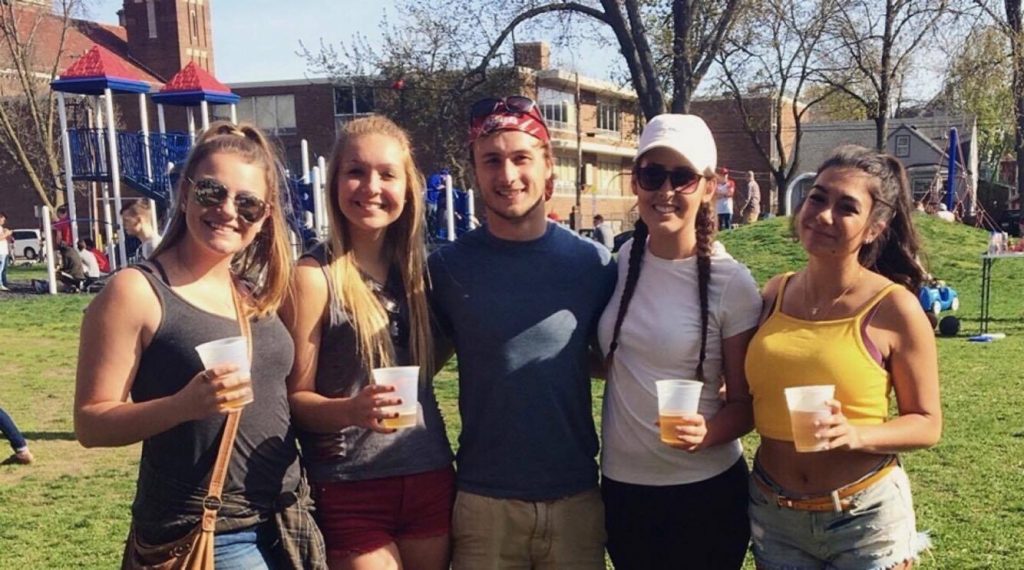 I was lucky it was just university housing I had to deal with, if Madison PD showed up knocking we would have been issued citations with a $600 ticket price and permanent marks on our records. Instead, I got a meeting with the head of our dorm complex and two classes about why drinking is dangerous and destructive and should be avoided at all costs (both of which I showed up to a little buzzed and with a water bottle full of whisky in my handbag).

The second time I was written up, however, was fucking bullocks

I was enjoying the day with my brother at the university terrace on the lake and he bought me a beer. I had a whopping two sips out of it before a terrace employee walked up and asked to see my ID. I lied and said I didn’t have one on me and eventually she accepted my Facebook birthdate as proof of my age, which I stupidly didn’t have set to lie on my behalf (newsflash uni employees: you set your own damn birthdate).

She told me I wouldn’t be penalized, but I had to leave the premises for the next 24 hours. DEAL.

Then time to register for classes came

When I tried to register I was notified I had been placed on “non-academic probation” for an “undisclosed reason” and could not enroll in any classes for the next semester. Um… excuse me?

I called the office of student conduct to be forwarded through a chain of about six different offices and finally landed in the correct place. I was notified that apparently a few months prior I was supposed to meet with someone regarding my snafu at the terrace but when none of the emails were properly delivered to me I was just placed on probation and refused the ability to enroll — good to know, UW. 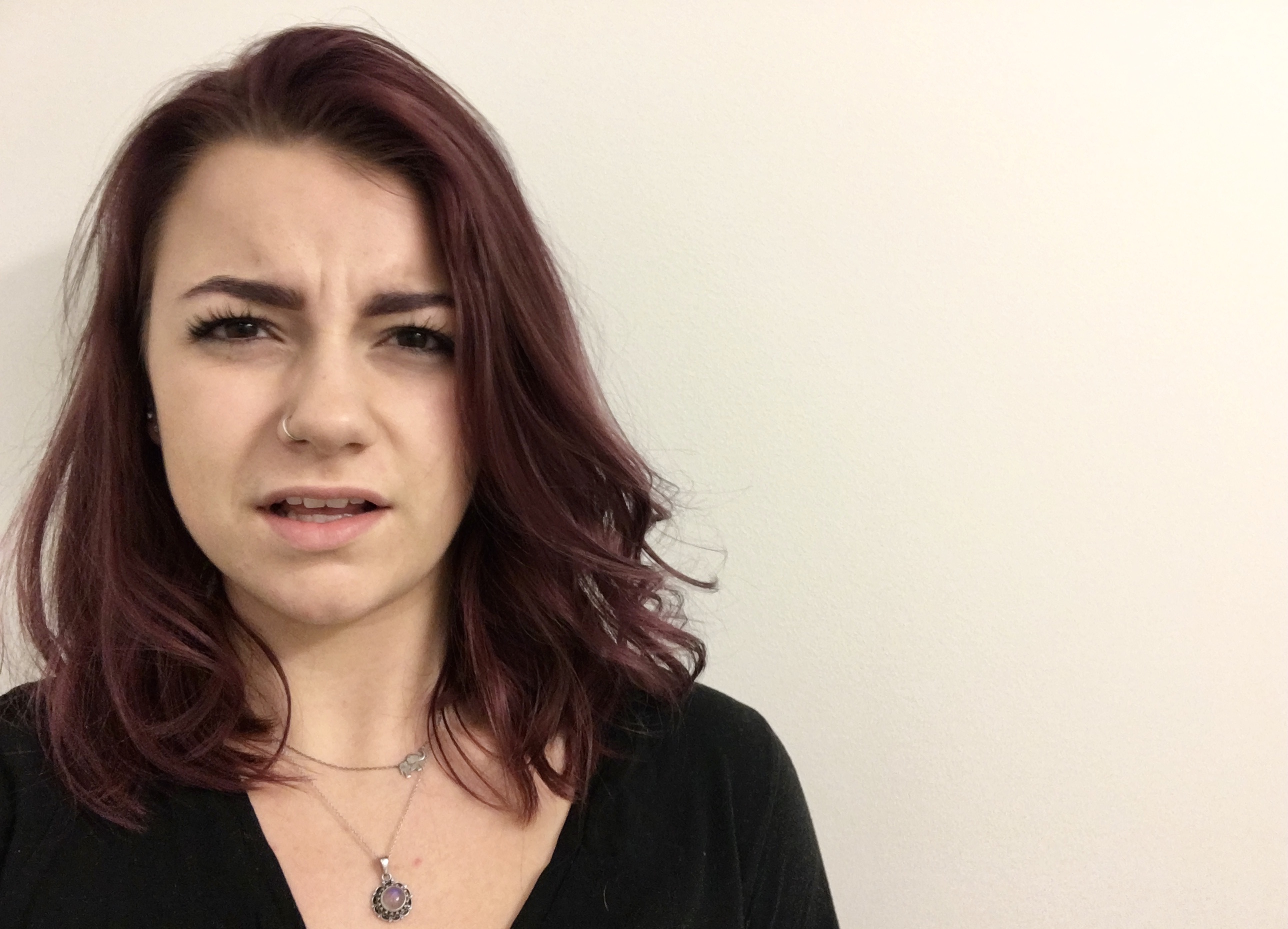 I scheduled a meeting with the head honcho to once again beg forgiveness for something I didn’t feel remorse for. However, in the meantime, I still wasn’t allowed to register for classes.

Finally, an understanding was reached and my ban was temporary lifted

I could register, but I had to be immediately reinstated thereafter. Mighty kind, seeing as it isn’t university policy to place students on probation for alcohol-related incidents without first meeting with them.

The meeting came, I told her about my hopeful future as a medical professional, I worked up a tear or two, and within about 12 minutes she agreed taking another alcohol education class wouldn’t be worthwhile seeing as I wasn’t necessarily irresponsibly drinking (aka I wasn’t found passed out in a puddle of my own vomit on university property) I was “only illegally drinking,” and I was assigned a 1000 word essay about how drinking — or more importantly: getting caught drinking — could affect my admittance into med-school in the future.

And that essay was damn good. Ya girl can emote remorse with the best of ’em, and I wrote the whole thing with a glass of wine in my hand.

See the thing that’s so bullshit about all of this is that no, writing an essay or going to a class about the evils of alcohol is not going to dissuade me from enjoying a drink

Because quite frankly, in my very humble opinion, there is nothing wrong with it. There is nothing morally or ethically wrong with having a casual, responsible alcoholic beverage with your brother on a hot summer day. Had I lived literally anywhere else in the world I would have gotten a soft smile from the authorities, and they would have kept walking because I was being respectful, responsible, and not at all belligerent. The only thing that made my afternoon that day illegal was 600 days and 1,200 miles. 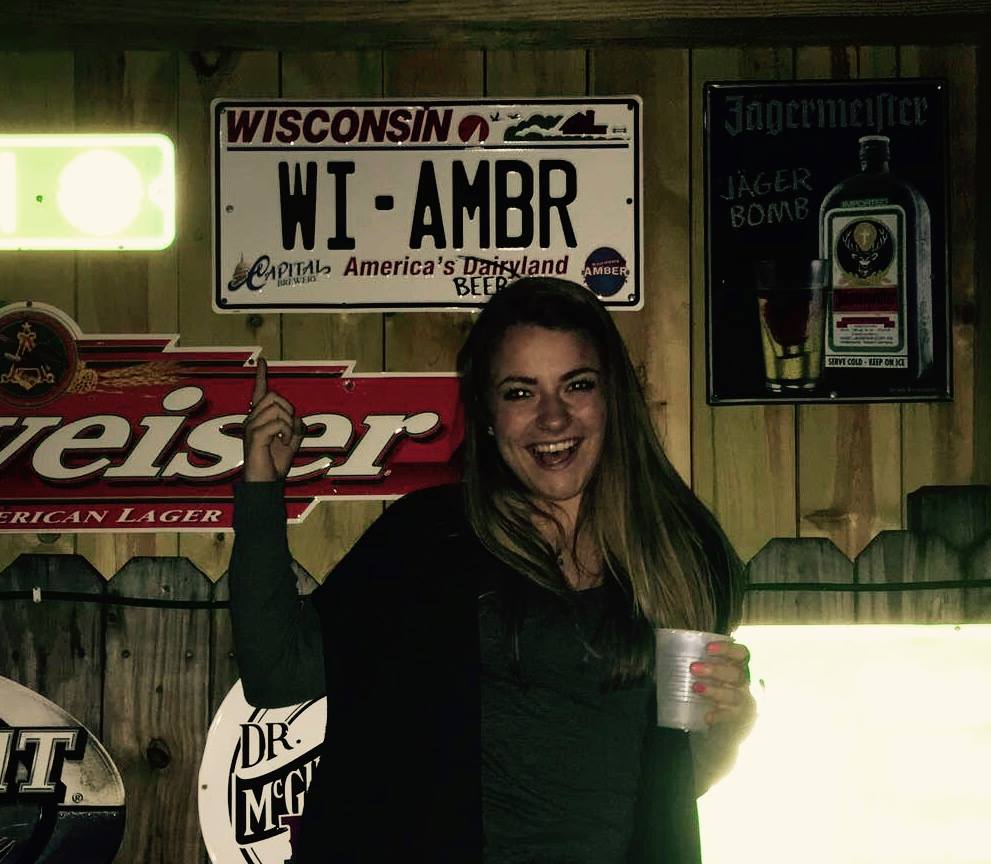 When in America’s beer-land, do as the Wisconsinites!

I get it, it sucks but “it’s a rule and rules are meant to be followed” (and made to be broken), and just because I don’t personally have anything wrong with it doesn’t give me the right to abide by my own rules. I’m just saying it’s a ridiculous rule that the entire rest of the world has gotten on board against and the fact young adults can have their entire professional lives and educations ruined just because they didn’t hide their party as well as their neighbors did is asinine.

I suppose the lesson to take away from this cautionary tale is to not drink kids — and by that I mean to be really freaking sneaky when you do — because you just might have to lie your pants on fire to save your education from it.