The emotional fallout of a Trump presidency at a liberal college

We certainly weren’t expecting that

On Tuesday afternoon, we had hope. Arrows pointing to polling places were written in chalk on the brick walkways, students consistently tried to scuff out any pro-Trump messages as they passed by. People were anxious about the idea of a Trump presidency, and while we all said it was a possibility, very few actually believed it could happen.

It wasn’t until the votes started coming in that everyone truly began to lose hope. Friends cried together as red overtook Florida and Ohio. Students created a Facebook event for a school-wide scream of despair in the Sunken Gardens, scheduled for after the election was called.

Today, everyone has truly given up. Barely anyone has gone to their classes, students are sitting and staring off into space or crying. The girls of my dorm all sat in the hallway, venting and crying together while passing around a box of tissues. My RA sent out a group text telling us that she was here for us to talk. Friends are constantly telling each other that we’ll get through this and that everything will be okay, when none of us really believe it. 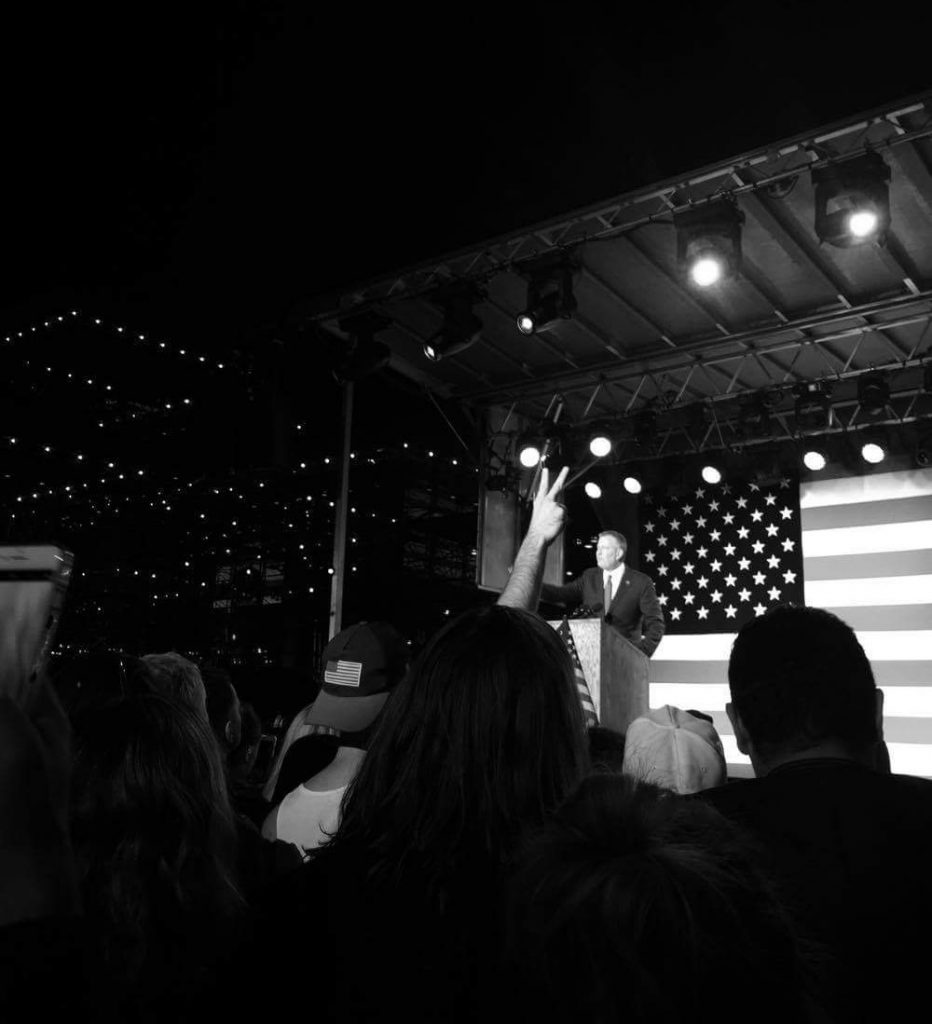 It’s not just my friends who feel this way. All across campus students look as if they’ve been told the world is ending tomorrow. Many professors feel the same. The only people who are active are the Trump supporters, the Overheard at William & Mary Facebook group has been overrun with posts about Trump supporters shouting “make America great again,” and students crying and despairing across campus. People have even gone so far as to tell people in the group to message them if they need someone to walk them home because they don’t feel safe in all of this madness. 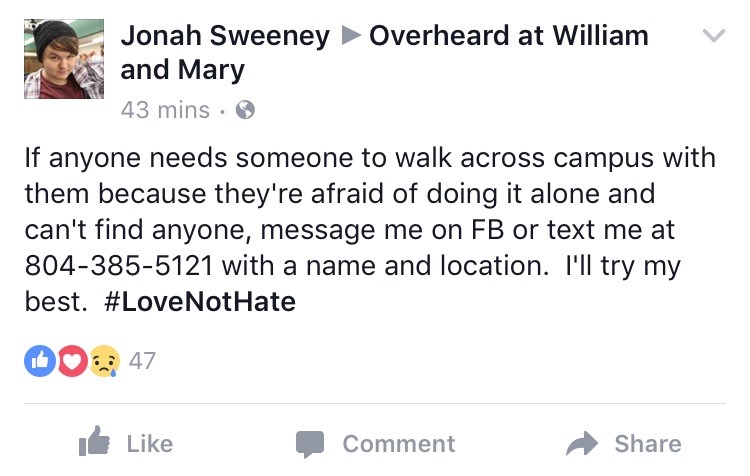 People are afraid. Trump has degraded racial minorities, the LGBTQ+ community, women, and Muslims. All of these people feel unsafe, feeling now completely unwelcome in their own country.

The end of Hillary Clinton’s chance was the end of all of our chances. We’ve all lost hope in a better society. How can anyone believe in equality or the American dream when we’ve just proven we’re a country of misogyny and racism? Clinton was our hope, and now our hope is gone. 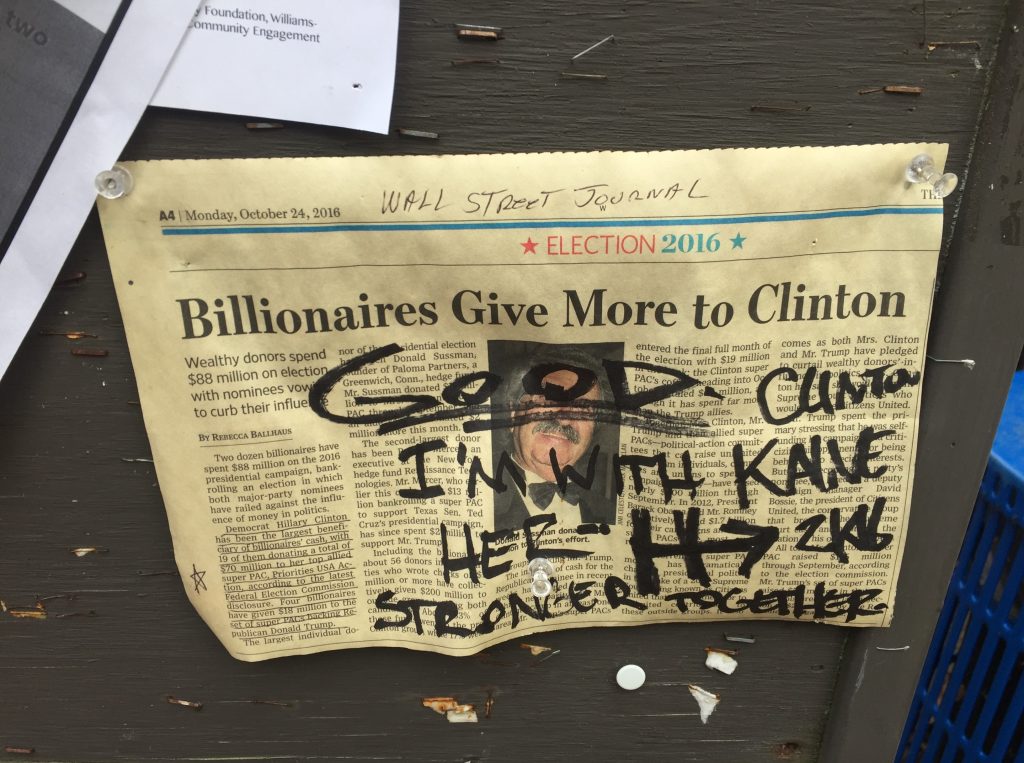 Somehow, the sun will rise the other day. We’ve survived this entire election of racist comments and violence. We can’t say it will be easy, but somehow we will find a way to make it through together.

Stay safe, Tribe. No matter what your beliefs are, we have to remember: we are One Tribe, One Family. Do everything you can to support each other during this difficult time, and we will make it through together. 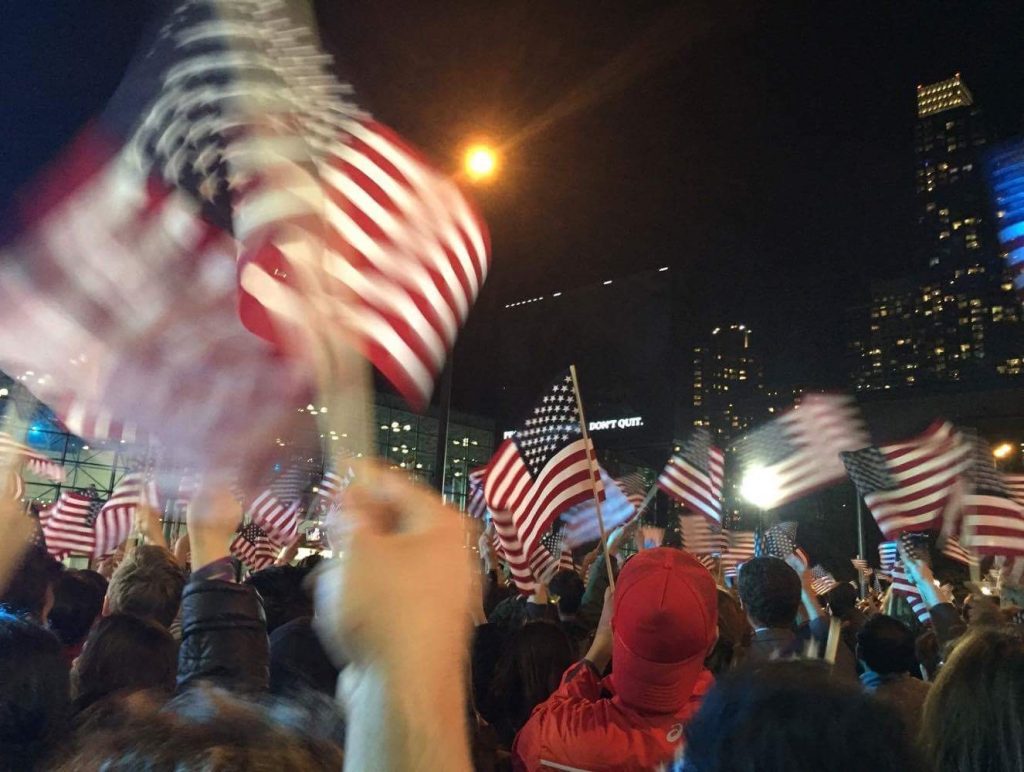