Is Austin the weirdest city in the world? Yes. Yes it is

It’s exactly why we love it

An odd, green, healthy-smelling, scent assails your nostrils. Confused, you turn, trying to locate the origin of the smell, but you see nothing but some ivy growing on a wall. You turn back around and nearly collide with a man who seems to have appeared from nowhere, covered in tattoos, with dreads that fall to the small of his back happily sipping on a strange green beverage.

He passes by but the smell remains and you turn again, trying to locate its source. As you turn back around you walk into a tall, tan, blonde highschool girl, with designer bracelets on her arms and artificial highlights in her hair contentedly drinking a strange green beverage.

You reason that the smell, the hippie man, and the preppy girl could not have appeared out of thin air, so you reexamine that wall of ivy and in doing so you see a small door to the right. Triumphant, you stroll in, only to witness the oddest line in the smallest space you’ve ever seen.

Here's Austin Animal Center's long-stay dog Jordy stopping by our Cesar Chavez location! Jordy loves to play with other dogs and people! He's 2 years old and looking for a place to call home. The only catch is you'll have to bring him on JuiceLand dates ?? #juiceland ?

In the 50 square feet behind the counter sorority girls in designer workout clothes compare likes on Instagram and hippies debate the merits of adding wheatgrass and spirulina to their juice. You lift your eyes from the line to the sign above the counter and behold limitless juice and smoothie combinations filled with items you’ve never heard of. This is Juiceland.

“Keep Austin Weird”. When those not from Austin hear or say this phrase, they smile knowingly and usually reference things like Hippie Hollow, Austin’s nude beach, ACL, the festival that earned Austin the name “Live Music Capital of the World”, or the very fact that such a liberal city exists in a conservative state.

While all those things are true and very weird, every local knows that the city’s real weirdness lies in the small things, like the uniquely diverse line at Juiceland. 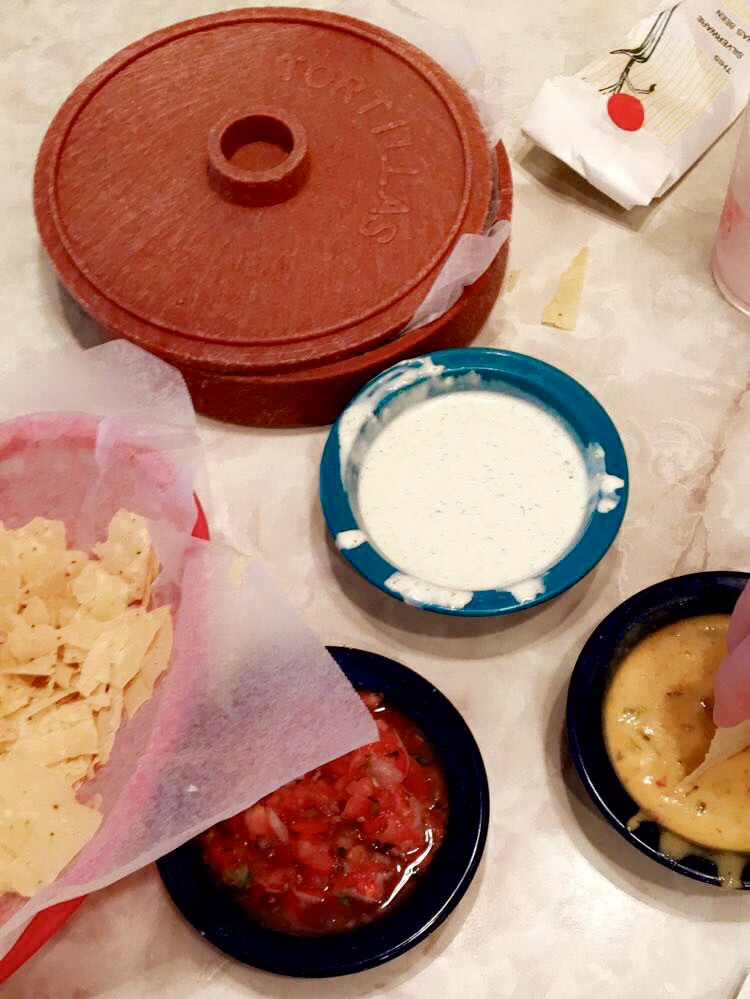 The sauces, chips, and tortillas at Chuy’s leave your mouth watering and your stomach in blissful contentment.

Chuy’s is just one of hundreds of amazing restaurants in Austin, and only once I left did I appreciate all the diverse and delicious options I had at my fingertips. Barton Springs and Congress, two roads in downtown, house some of the best restaurants in the town. Between those two roads, I can find fresh sushi, handmade macaroons, authentic Italian pasta, piping hot enchiladas, New York style pizza, flakey, melt-in-your-mouth crepes, and countless other unique dining options.

While all us Austinites are crazy about our food, the real heart and soul of Austin exists in the Town Lake trails, Zilker Park, and the surrounding area. The lake runs through the middle of downtown, and while it was officially renamed Lady Bird Lake, it will always be Town Lake to the locals.

The trails run along the lake, crisscrosses over it, and even goes up Congress to the Capital. At the lake, the lines between age, class, experience, and gender fall away; here any and every one belong. Moms push strollers and exchange gossip while power walking, cross country teams train, and little kids ride their bikes while their parents jog.

Most consider a run incomplete without a conversation from John, the happy homeless man who naps on a bench by the trail. The last time I saw him, he wished me luck in college and told me a story of his kids. He’s funny, witty, and the most down-to-earth person I’ve ever met, and he’s befriended a lot of runners over the years. 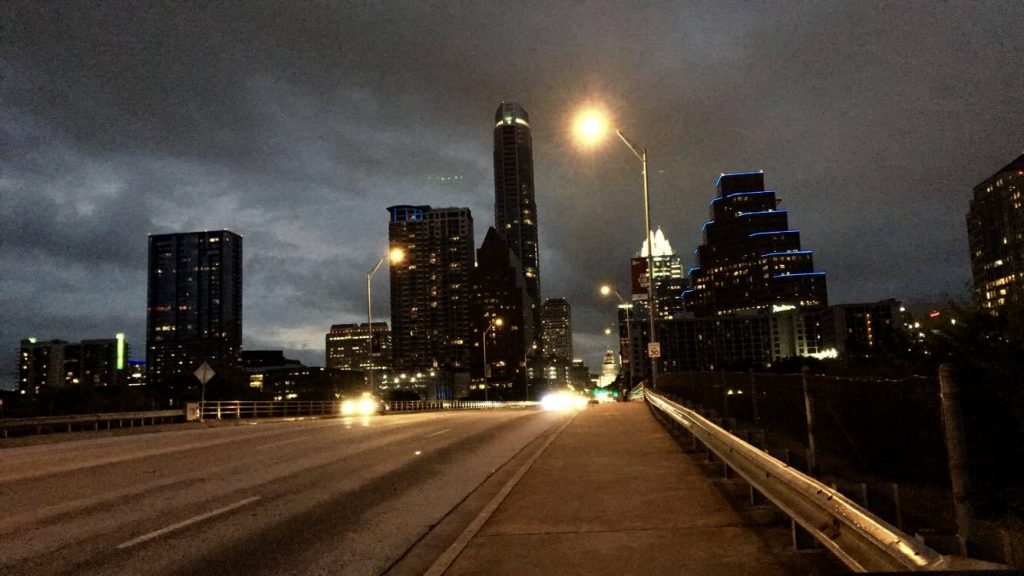 Austin also boasts the nickname “live music capital of the world.” Huge music festivals ACL and South by Southwest are headlines, but live music fills Austin any time of year. In the summer Indie radio station 93.3 KGSR presents Blues on the Green, a free concert in Zilker Park that hosts bands and singers like Wild Child and Bob Schneider.

Thousands of people come to Blues, parking is a nightmare, the smell of weed keeps away the mosquitoes, and people always have a great time. Despite the druggies in attendance, parents bring their kids and have a picnic, old people alternate between napping and listening to the show, teenagers run around in huge mobs, and occasionally yogis will put on an impromptu show. 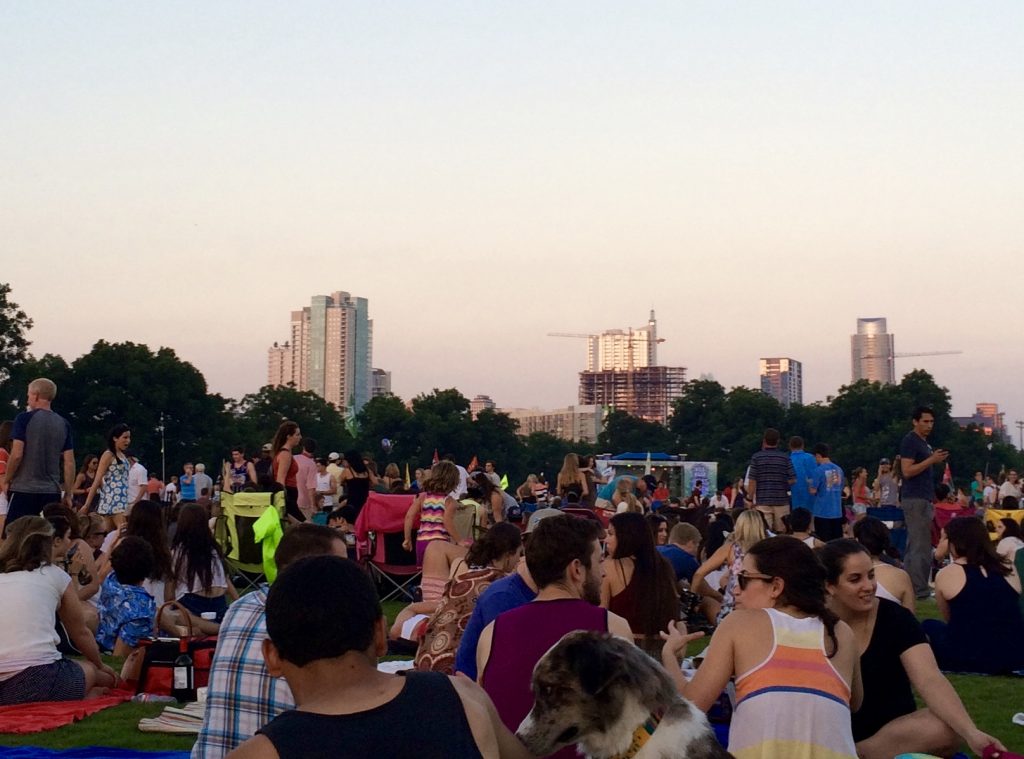 If outdoor concerts aren’t your thing and you love to party, Austin will provide. On 6th street, every bar is a party and there are plenty of bars to choose from. Sketchy punk bars, popular affluent bars, indie bars, sports bars, and even a donut bar line the street. Bands play every night, and not too far from 6th is Stubbs, a barbeque joint and concert venue that has hosted loads of bands from Owl City to Vance Joy, and everything in between.

In addition to the wide variety of bars, 6th street also houses Voodoo Doughnuts, the most famous doughnut shop in the city. On most days the line stretches out the door, and their “cash only” policy has confused countless tourists. They serve some pretty unique donuts like the “maple blazer blunt”, the “pot hole doughnut”, and the “cock and balls doughnut”, which yes, is a doughnut shaped like a penis.

Austin combines the small town college feel with the big city vibe, creating a particular blend of activities, culture, and experience impossible to find anywhere else. Over 50,000 people study at the UT Austin, bleed burnt orange, and keep the city young, liberal, and energized.

On home football weekends, the smell of barbeque smoke lingers downtown by campus, those not attending the game pack local sports bars, and everybody, including families and old people from the suburbs, wears burnt orange. When UT wins, the Tower, at the heart of campus and visible for miles, lights up orange, reminding fans everywhere that “the eyes of Texas are upon you”. 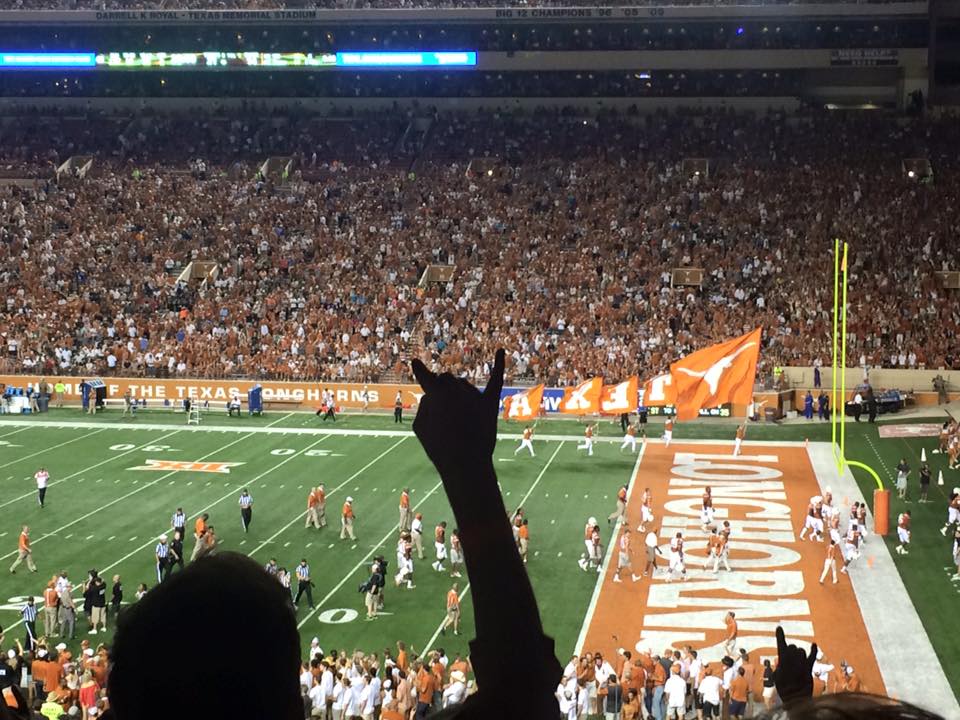 Just a few miles from campus, tall buildings dot the skyline, traffic is terrible, and commerce booms. Austin’s downtown has witnessed exponential growth over the last twenty years and now many prominent and successful businessmen conduct their work in offices that overlook Town Lake and the hill country.

Unlike New York, or even Houston or Dallas, Austin’s business center has remained relaxed. People smile as you pass them, businessmen move when runners pass by, troubadours play music on street corners, and, in spite of the traffic, cars honk rarely. Though relatively small, the Austin skyline that makes a pretty postcard for tourists and remains an iconic and inspiring view for locals.

So yes, “Keep Austin Weird” includes hippies and music festivals, but to those who call Austin home, it means so much more. It means knowing that delicious food and fabulous music is available at your fingertips. It means never being bored. It means home.