The petition already has over 2000 signatures

Colleen Cassidy is a student at Virginia Tech about to celebrate her 21st birthday with a classic bar crawl—but she wants to shake things up a bit by adding Danny DeVito to the mix.

Last week, Cassidy started a petition to get DeVito to come to her 21st birthday. She originally started it as a joke and only expected to get 50 signatures, if that. It was posted on Facebook and to her surprise, has already gotten over 2,000 signatures.

"My friends and I are obsessed with It's Always Sunny in Philadelphia and think he is absurdly funny," said Cassidy. "He embraces his weirdness. On his Twitter, he posts pictures of his toes in front of places. We want to see if he's truly like that in person."

What first started as a joke turned into something serious when the petition attracted so much attention. Now, Cassidy and her friends are reaching out to DeVito's agent and exploring the idea of turning this into a fundraising campaign for hurricane relief.

"Once it all started catching momentum, we thought we might as well have this benefit other people," Cassidy said. She went on to say that the more people who want to support this and meet Danny DeVito, the better. 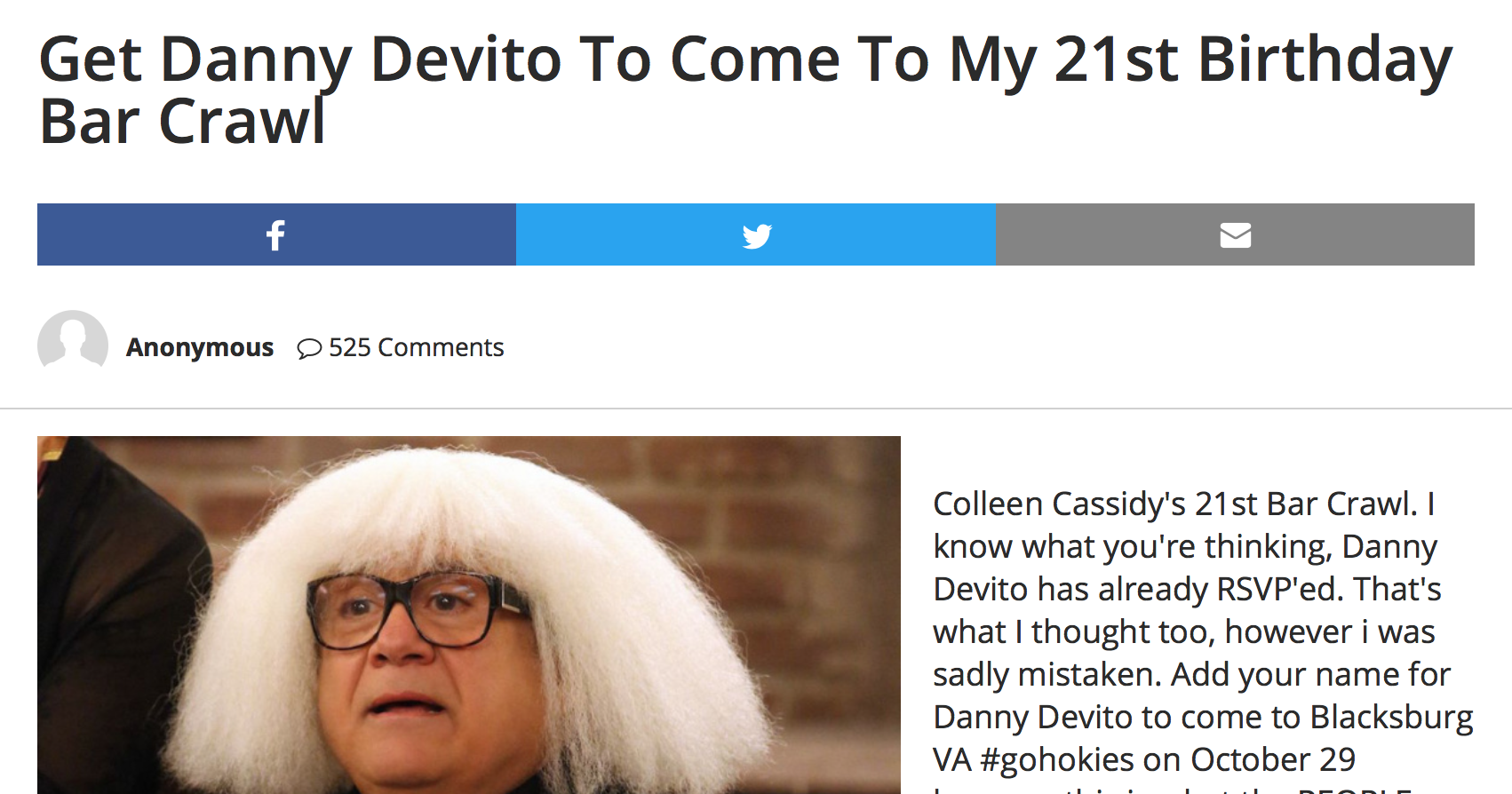 For now, no commitment has been made by Danny DeVito, and Cassidy stated she doesn't want to commit to any specific charity until she knows enough people and DeVito would be interested in participating.

Until then, make sure you sign the petition and bring DeVito to Blacksburg!