Sexual assaults and other sexual crimes have been mapped at Virginia Tech for the first time.

The Tab Virginia Tech undertook this project to give the student body a clearer picture of where on campus most sexual crimes take place.

The data is based on three years' worth of police logs, which the university is obliged to disclose. Incidents logged on this heat map show reports of assaults clearly focused around student dorms near campus. 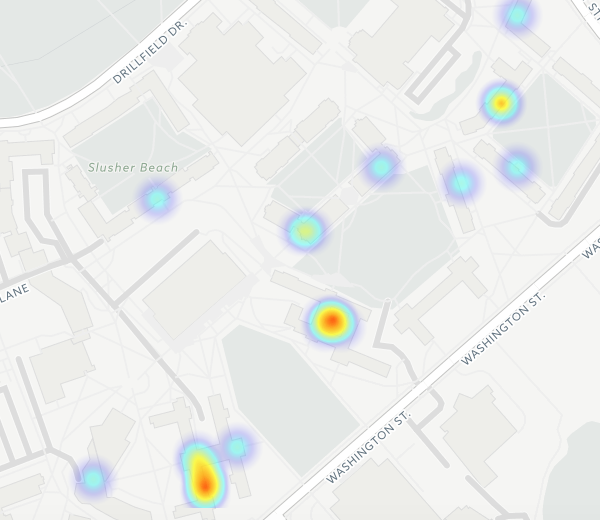 Last semester, students were outraged after five sexual assault incidents occurred within a ten-day timespan. But our data shows this is nothing new at Virginia Tech.

In the past three years, there have been over 45 incidents reported to campus police. Of those known incidents, 12 have were reported from just two dorms – 27 percent of all sexual assaults, rapes and forced fondling reports occurred at Pritchard and West Ambler-Johnson.

A third of incidents reported also came from dorms consisting of mostly freshmen, such as Pritchard, Vawter and Peddrew-Yates. 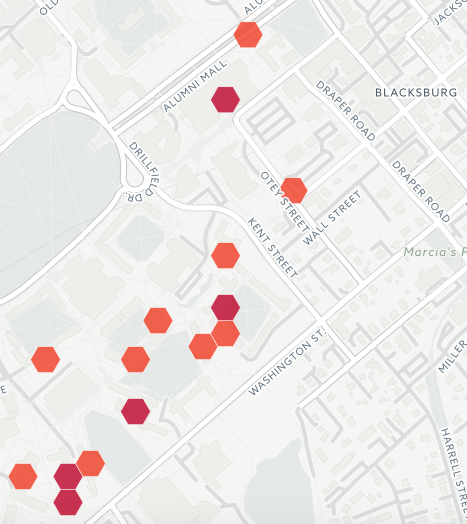 A density map showing where sexual assaults are reported on campus

The data additionally shows reports are more likely to come in the first three months of the semester – August, September and October make up 54 percent of all incidents.

But the biggest month by far is March, which has an average of 29 percent of all reports. 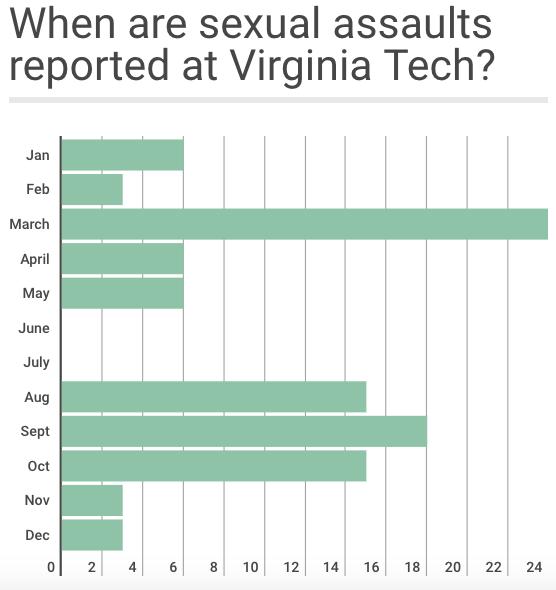 Breaking down the data by day, Saturday night accounts for the majority of reports – 43 percent occur on just that day, and 57 percent on the whole weekend. 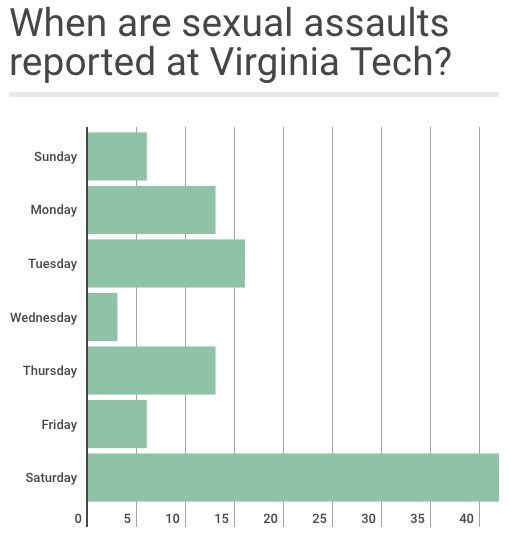 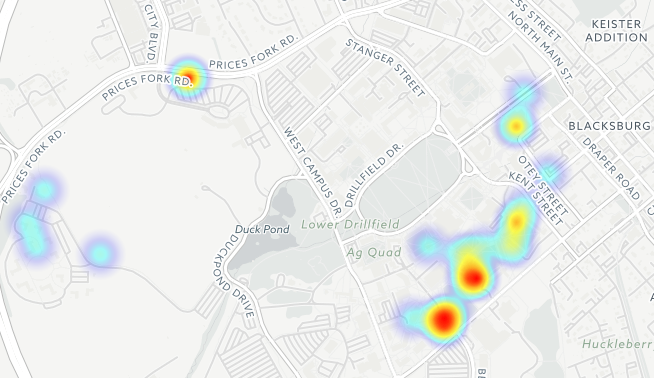 The full heat map of reported assaults at Virginia Tech

It is worth adding that many incidents go unreported. And even those that are, not all are reported to Virginia Tech Police – meaning this data set does not over a conclusive picture of crime on campus. Incidents could also be reported to Blacksburg Police, meaning some sections of campus life – such as fraternities – may appear unrepresented in this data set.

Larissa Schneider, organizer of Take Back the Night Blacksburg and a junior at Virginia Tech, said: “I think it's super troubling that such a significant amount of sexual assaults are happening on campus.

“I know the Women's Center here does great work in prevention and recovery, but they're underfunded by the university. Tech should definitely be giving the Women's Center better funding. They could also be doing a better job of educating incoming freshman on consent and the consequences of committing sexual assault."

Hannah Ridings, one of Blacksburg's Take Back The Night senior student leaders, added: "The prevalence of sexual assault on the Virginia Tech campus is unacceptable.

"The Women’s Center does good work in education about gender based violence, including sexual assault, and in providing counseling and advocacy to survivors of gender-based violence. I would recommend more funding to this campus resource.

If you are or know of someone who is the victim of sexual assault at Virginia Tech, visit Support for Survivors of Sexual Assault.