Why I planned #TheHeist, a counter-event to the Milo Yiannopoulos talk

Hidden Dores are back and this time, their protest is less March on Kirkland and more Party in Rand. On finding out the College Republicans were bringing Milo Yiannopoulos to campus, they decided to provide students with a very different alternative.

Milo is a controversial right-wing journalist known for being a vocal critic of social justice, Islam, and feminism, his clothing merchandise branded with a hashtag he coined: ‘#FeminismIsCancer.’  He’s coming to Vanderbilt to speak on Tuesday, but some students are instead choosing to attend The Heist, a counter-event which will take place at exactly the same time.

It’s co-sponsored by lots of different student organizations who wanted to join together in a message of solidarity. Erin Logan, the senior behind The Heist, tells The Tab about the scam to end all scams.

What inspired you to plan The Heist?

This summer I heard about Milo being himself. When Leslie Jones happened, it was outrageous. I stalked Milo’s website and saw he was going on tour. I was scrolling through the tour dates and was like: ‘does that say Nashville?’ So I was thinking of different ways to disrupt his presence, because it’s more hateful than most people’s.

What worries you the most about Milo?

I’m not concerned about his existence. There are people like that in the world all the time. But it’s very concerning that some people on campus support what he’s saying. I’m not saying they support all of it, but even if they just support some of it. It’s the way people are excited to hear what he has to say.

What kind of event is The Heist going to be? 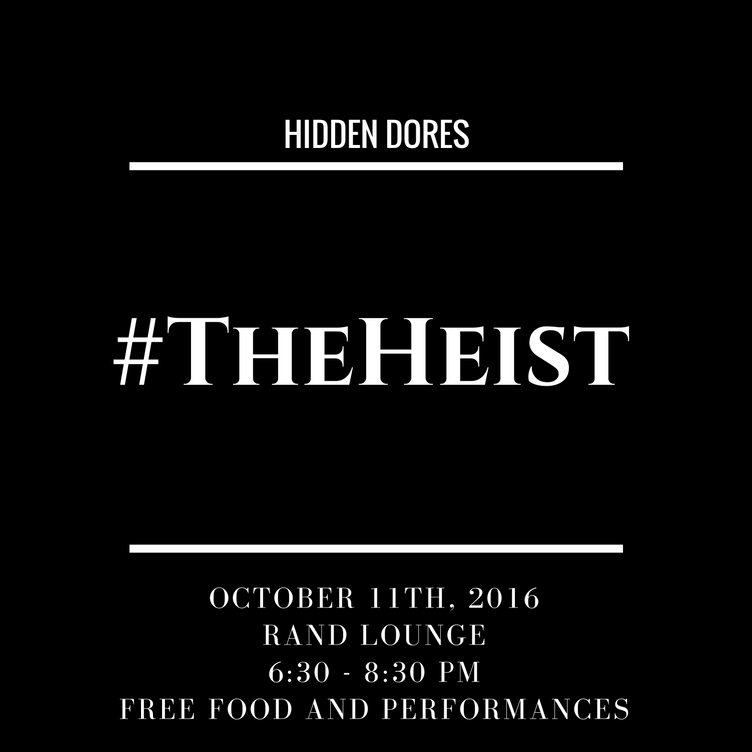 Some people want to go to the event itself to protest, do you think that could be more effective than holding a counter-event?

When we were conceiving the idea of The Heist we talked about that. We were like: ‘what if we just organize a bunch of people to go in there and disrupt it.’ Protesting is very powerful. And a lot of people in the activist community are very upset we’re not doing that.

But with Milo, part of the reason he rose to fame was because so many people would disrupt his events and give him attention. And in his mind, he’s like: ‘they’re getting upset, if you’re not making someone angry then you’re not doing anything at all.’ Our presence there isn’t going to magically change him into being a non-hateful person with this non-hateful rhetoric. People can do whatever they want, but for us, we were like: ‘why go in angry and come out angry?’

Maybe some people would feel better if they went and protested at the event, but for me and some of the other members on the Board, we’d just be tired. It’d just be another thing that happened to us at Vanderbilt. We were like: ‘why don’t we just create an environment at the exact same time, with lit food, where we can all just love each other.’ 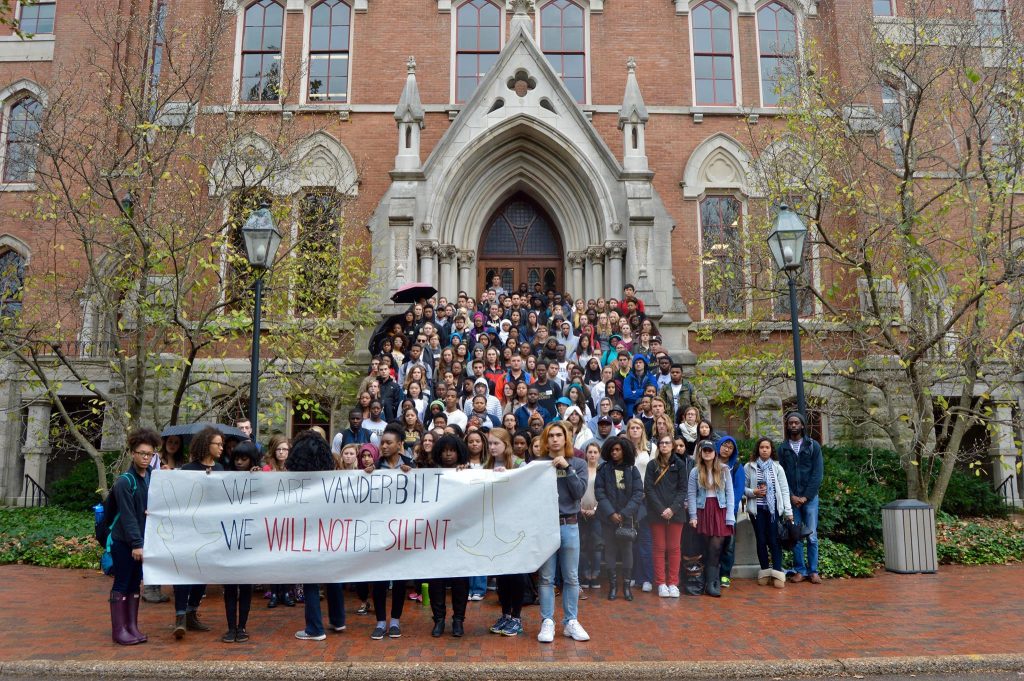 Where did the name ‘The Heist’ come from?

I was trying to think of a proper name for it.  But I just started talking to people, and thinking about the event, and I was like: ‘this is a fucking Heist that we’re planning here.’ I just casually started referring to ‘Code Name: The Heist.’ It came time to drop the Anchor Link event, and the Facebook event, and my friend Esther Taati, who’s also on the Hidden Dores board, suggested ‘Free Speech: Speak Out.’ So we just went with: ‘The Heist: Free Speech, Speak Out.’

What does free speech mean to you?

I was taught that free speech was something that people in America always had. But when I started talking to people in my community who were also black, when I read about history, it became clear free speech hasn’t applied, and to an extent today doesn’t apply, to black people. And so the idea of free speech, to me that sounds like utopia. Where I can really say whatever I want and I’m not going to get a backlash for it. Can I say whatever I want on this campus? Yes.

People who know me know that I’m literally never angry. But as a black woman, I always have to be really careful of how I say things. It’s so easy to trigger ‘angry black woman’ in someone’s mind, and then they’ll discount what I say. If I vocally embrace my sexuality, I’m seen as a Jezebel. Free speech also means being heard, and if they can’t hear me because of the stereotypes attached to the way I’m saying something, what does that mean? 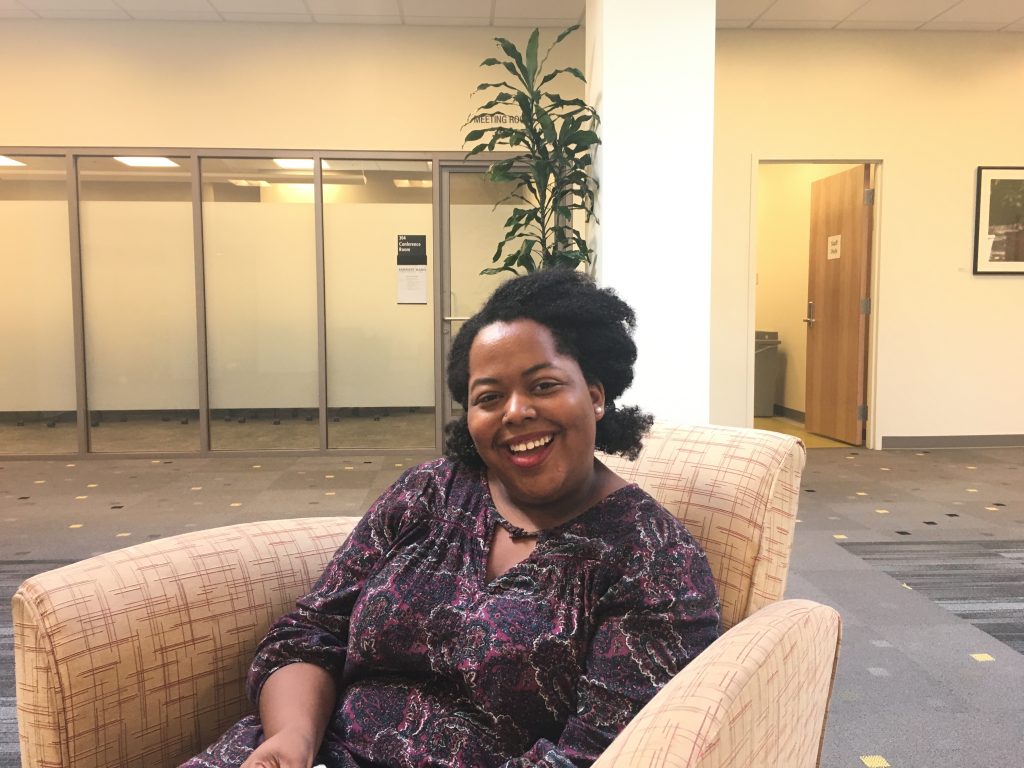 Some people want to go to the event to hear what Milo says first-hand, even if they might not agree with his ideas. Do you think that’s a valid choice?

I can’t tell someone that they shouldn’t do that. They should do whatever they want to do. But the thing is, I am bombarded with that every single day. I don’t want to physically walk into a room to have to hear it. I know what he has to say, I saw it on Twitter, I saw it on YouTube. So I’m not gonna get there and get shocked: ‘oh my god he said that black lives matter, sometimes!’ People should do whatever they want.

But for me personally, I don’t want to go to a place to hear violent rhetoric steeped in the history of oppression, just to hear it. I’m a senior, and I think maybe I’m a little more burnt out than some of the younger people who are wanting to see it. But I can’t do it anymore. Self-care, it’s going to bother my curl pattern.

Why are you protesting Milo? Is it just because he’s been invited by conservative students on campus?

We’re not protesting him because he’s conservative. My father’s conservative. I come from a black republican background. We’re protesting Milo because he’s a Nazi, he’s a neo-Nazi. And I’m not really reaching here. People ask him all the time if he’s a white supremacist, and he’s like: ‘how can I be a white supremacist if I sleep with black guys.’ If you know anything about the history of racism in the West, you know having sex with black people definitely doesn’t make you not racist. I think here it is maybe a little more liberal, although not to a great extent. Definitely bringing someone conservative here is like ‘diversity of thought.’

Whereas somewhere way more conservative, like UChicago, ‘diversity of thought’ is bringing someone who’s liberal. But I’m not protesting Milo because he’s conservative. I’m protesting because he’s racist, he’s sexist. He literally told a lesbian woman that men are the highest forms of being, he said: ‘why would you ever want a woman, you just haven’t found the right man yet.’ That’s just so hateful. That’s another level.

What did you think about the Milo event being included as a Greek Member Experience on the Diversity and Inclusion track?

A lot of people were pretty upset about that. Even a lot of people I know who are pretty conservative. Again, it’s not about being conservative or liberal, this man is ‘oh my god.’ I think Vanderbilt is in the process of defining what Diversity and Inclusion means. Is this something which that includes? Someone from the office was like: ‘well this is diversity of thought.’ And for me it’s like: ‘you’re going to include this violent language steeped in oppression in diversity of thought?’ I think Vanderbilt needs to figure out what Diversity and Inclusion really means.

Do you think the administration should have intervened and stopped him from coming?

No. I actually don’t think that. That was never even in the thought process.  The way this country chooses to apply freedom of speech is very questionable, but I would never want to advocate for someone to be censored because of what that would look like on the other side.

So many student organizations from across campus are co-sponsoring this event. Why do you think people were so eager to be involved?

Most of the multicultural orgs got in formation immediately. Within like three hours. I think people were just like: ‘he’s awful, he’s awful about our identities, why the fuck not.’ Other groups were not so quick actually. I know in some groups it was very contentious as to whether or not they would co-sponsor. I think here at Vanderbilt there’s a culture of not wanting to be too radical. It’s going to be clear that this is a protest event, I kid you not. But at the same time, it really is just a huge party. I never imagined that in so many orgs there would be so much tension over whether or not to co-sponsor. We’re not talking about him at this event. I was like: ‘do y’all know this is literally just a party?’

What can people expect if they swing by The Heist?

Really great food, including Hattie B’s. We’ll have a lit playlist – mostly Beyoncé, free t-shirts, a raffle, performances from other groups. It’s just a party, where we can all see what ‘Diversity and Inclusion’ really looks like.