Why did you get printed tank tops for your campaign instead of regular tees?

It was cheaper. We wanted to stay within the $500 VSG budget. 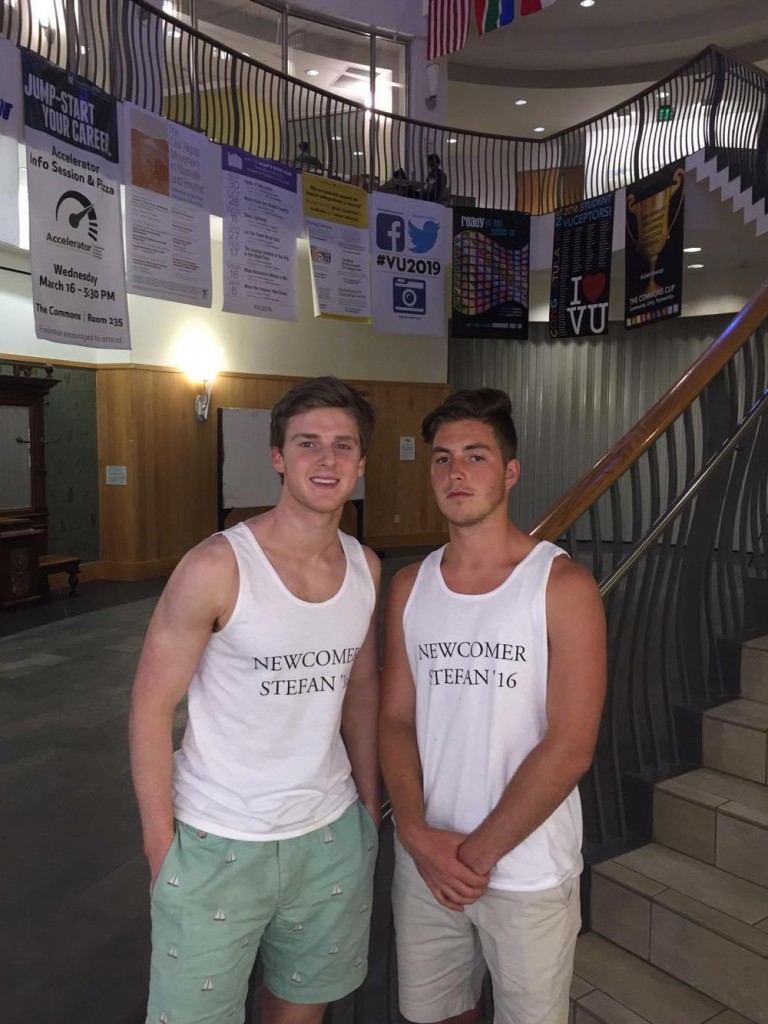 Some people see you as two white frat guys who say they’re being oppressed by the system and find it hard to believe you really care about inclusivity. What would you say to those people?

Jack: How we present ourselves, and how we look, we might not seem like we care about the things we do. I can do stupid stuff sometimes, but I’ve never been the type of person to inherently judge anybody.

The other candidates were asked about diversity. What does diversity mean to you, and how do you see diversity as being important on this campus?

Jack: One of the reasons we decided to run was because of that. Hassan, a guy on our floor from Pakistan, got pretty emotional about the way the school handles international students. He wanted to rush and couldn’t because he felt he was behind in terms of assimilation into American culture. Hassan’s a great guy, I love the kid. Just seeing him upset, I didn’t like it. There are programs we could put in place that could make that better.

Could you be a little more specific?

At the debate, Ariana and Jude both said there should be a ‘write in’ option on the ballot and seemed to support your eligibility to run. Do you value their support?

Dan: They both said some very nice things about us, particularly Ariana. But I would just like to point out, Jude specifically, she mentioned that she believed that we had every right to run and that it wouldn’t be fair if we didn’t. However, as Ariana mentioned, last year Jude proposed a bill saying you need three semesters at Vandy to be eligible to run for President and Vice President. Whatever she said was just to please the crowd.

Jack: I have a lot of respect for them saying that, I don’t want to throw shade or anything. Ariana has been really chill and very supportive of me. But at the same time, I can’t help but think it’s a little bit sketchy, once they see people are supporting us, to come out in support. I think they’re definitely trying to capitalize. Ariana claimed that she’s an outsider to VSG. Although she might be an outsider compared to the ‘typical VSG’, if someone’s an outsider out of the three teams, it’s us. 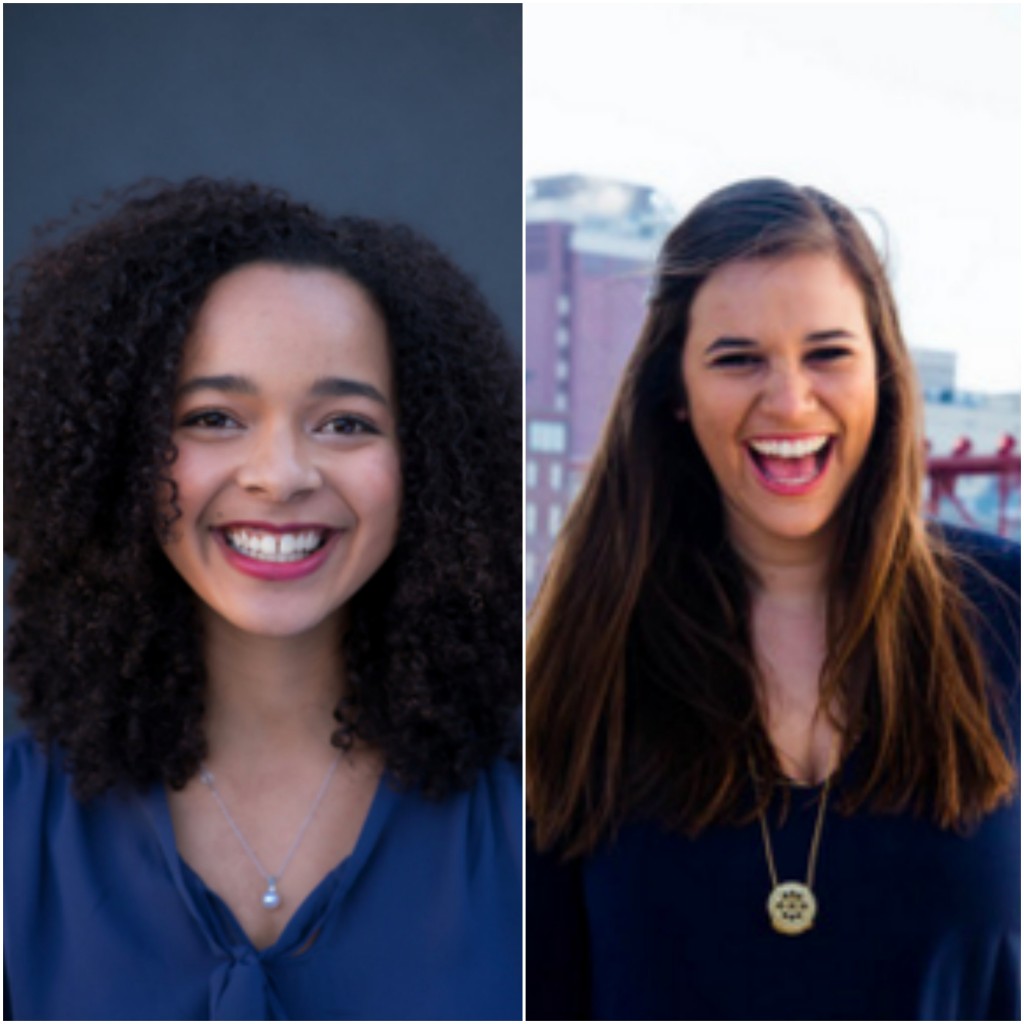 One of the main concerns people have about your campaign is that it is purely a symbolic stab at VSG. How would you be able to practically create change and run VSG effectively if you were elected?

Jack: If we win, we’re allowed to personally to appoint 13 cabinet members. Of course I’m not going to nominate my 13 best friends. The VSG president should be somebody you can talk to, who lots of different students can spread their ideas through.

I understand that you want to give power back to the students, but you must recognize that you as individuals need to have the skills to lead effectively?

Dan: Yes. But I think it’s important to separate being qualified, from your ability. To people in VSG, we’re not qualified. But we don’t see ourselves as unqualified. We see ourselves as two young individuals who haven’t had a whole bunch of time at this school. But we’ve had leadership positions in high school, we’ve made it to this school, one of the best schools in the universe. We’re relatable. The policies we implement, we’ll be able to see them through. We’re going to be there for that change, it’s going to affect our lives as well.

Jack: We might be a little too charismatic sometimes! But we’re not charismatic in the way that we’re going to shit on anyone’s ideas. If anyone comes up to me and is like “yo, I don’t like how this is running”, I’ll be like “alright, let’s talk about how we can change that”. 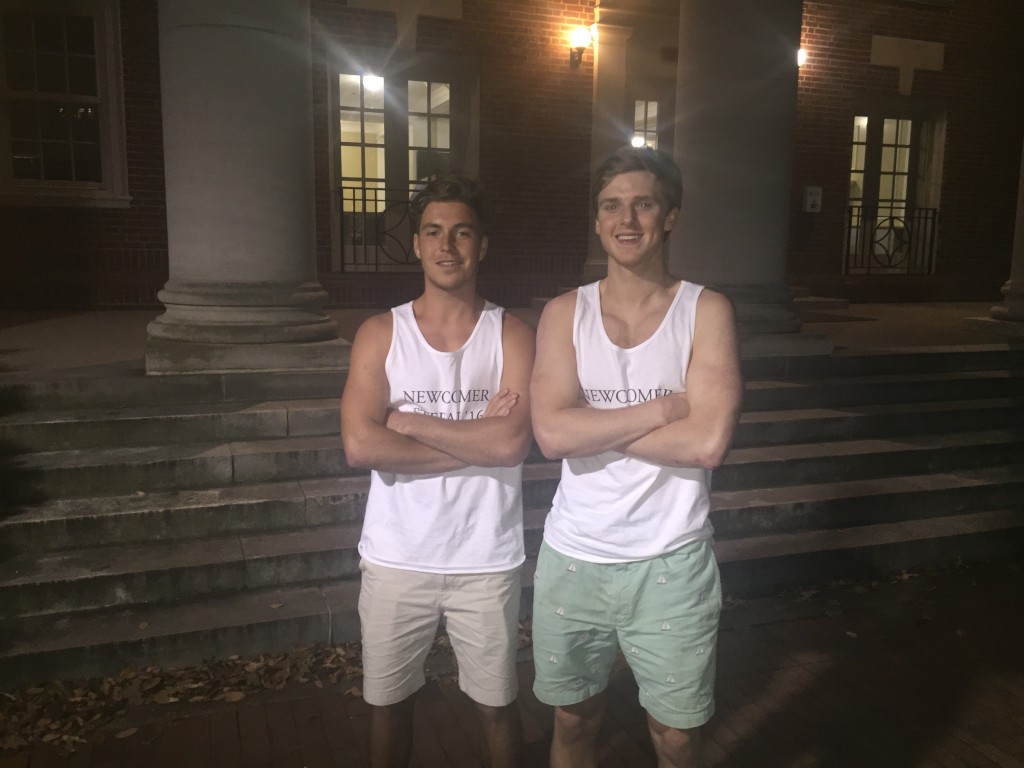 You still haven’t released an official platform, aren’t you running out of time to campaign?

Dan: We’re compiling our document now, we’ll be releasing it in the next few days. Our effort will prevail, the results will show.

Jack:  You can expect our platform in the next day or two. We don’t want to force people to listen to us. People can have their own opinions. I want people to vote for us, but if someone says “look man, I’m not voting for you”, I’m not going to think less of them. We’re taking it one day at a time. We’ve had to spend all our time fighting VSG’s decision, firstly about the ‘write-in’ and now about eligibility. We did take it kind of personally, they always talk about wanting to be transparent and they weren’t at all transparent.

Has that all been sorted out now?

Jack: We have to meet with them tomorrow and they’ve been very vague about what will happen at the meeting. Everyone who wants to be student body president should at least have the chance to be elected by the student body. We’re not asking like “give us the presidency”, we’re just saying “can you at least just let us run”. It’s honestly pathetic the amount of effort they’ve put in just to keep us from running. Is it really that big of a deal?

I want to talk about your highly criticized slogan, ‘Make Vandy Great Again’, which appears to be an appropriation of Trump’s ‘Make America Great Again’. Was it really the best choice?

Jack: We’ll agree maybe it wasn’t the best choice. It was for the tanks, people said it would be funny to put that on the back of the tanks. But it probably was a mistake. People shouldn’t look too much into it. Trump as a person, I’m not a big fan.

Dan: He has a nice toupée. 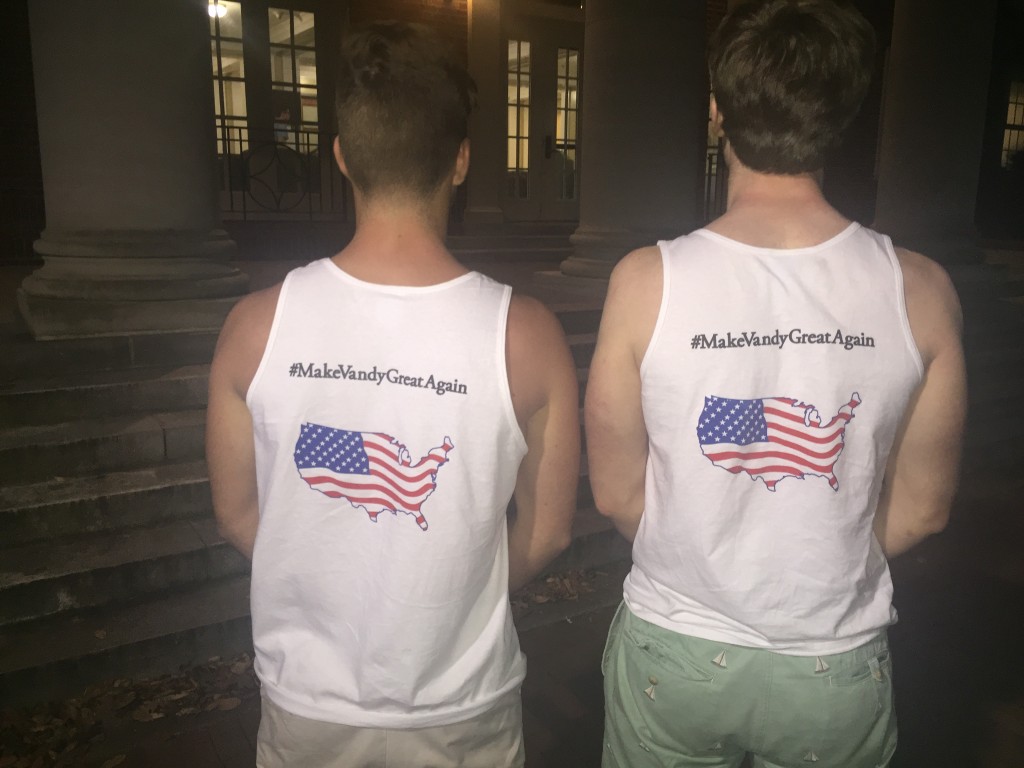 Is there another slogan that would better represent you?

Dan: The Year of the Newcomers

Jack: The Newcomer to Student Government

Do you think your own ideas have been appropriated by other candidates?

Jack: I don’t want to say that.

Dan: Then I’ll say it. Yes. It was very apparent, I was at the debate, they hopped on the bandwagon. Jude and Brodsky with their “wreck VSG”.

Jack: I think Ariana is way more sincere than Jude. I don’t want to throw shade at Jude. But with Ariana, she seems to genuinely share some of the same ideas. Whereas with Jude she’s just like, well if Newcomer and Ariana are endorsing this…It’s just not genuine. I think most people can see through that.

But don’t you think every candidate has to promise to reform VSG?

Dan: At the debate, I was under the impression the audience would be able to ask questions, that’s how it should be! I wanted to ask: is it because you’ve noticed an overwhelming amount of support for Newcomer and Stefan, due to the way they’ve been treated by VSG? Is that why now you’re pushing the anti-VSG agenda? I’m not saying they’re stealing our ideas but they took our situation and used it to their advantage.

Which I guess is just politics?

Dan: It is just politics. It’s all politics.

At least you haven’t had to deal with any parody videos yet.

Jack: Yeah that’s true, although I wouldn’t be that upset with a parody video. 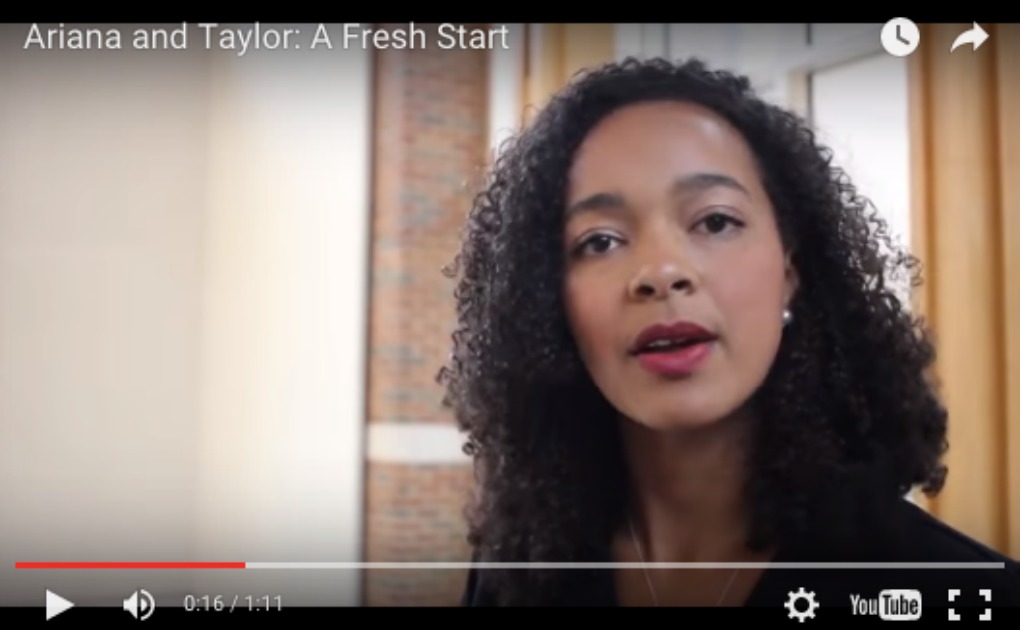 Ariana and Jude’s campaign videos were both parodied

How did you feel about not being invited to the debate?

Dan: We were pretty sad about it, we want people to hear what we stand for.

Jack: I would’ve loved to talk alongside the other candidates.

Did you think your decision to run would cause so much drama?

Jack: No. I mean people said “watch out” in regards to VSG, but I didn’t really think it would be an issue. And when it happened I was just like, come on. What I would say to them [VSG] is, if you had just let us run you know. I mean they just made it worse for themselves, they just helped us out by making themselves look bad. I want to be clear, not everyone in VSG is like that, there are just certain people. VSG should be an organizing body, not a political body.

Apart from the East 3 boys, and the anonymous support for you on Yik Yak, do you have any real support?

Jack: We’ve had a lot of support from Greek Life. We have the silent majority. A lot of the people who control the official endorsements are juniors or seniors but, even if they’ve endorsed someone else, lots of their younger members are voting for me.

Dan: We have a lot of freshman. But we’re working on gaining support from upperclassmen. We just want people to meet us, so they know we’re not stereotypical frat boys. I met a lot of upperclassmen through athletics and they really like what me and Jack are doing. VSG trying to shut us down gained us more upperclassmen votes. 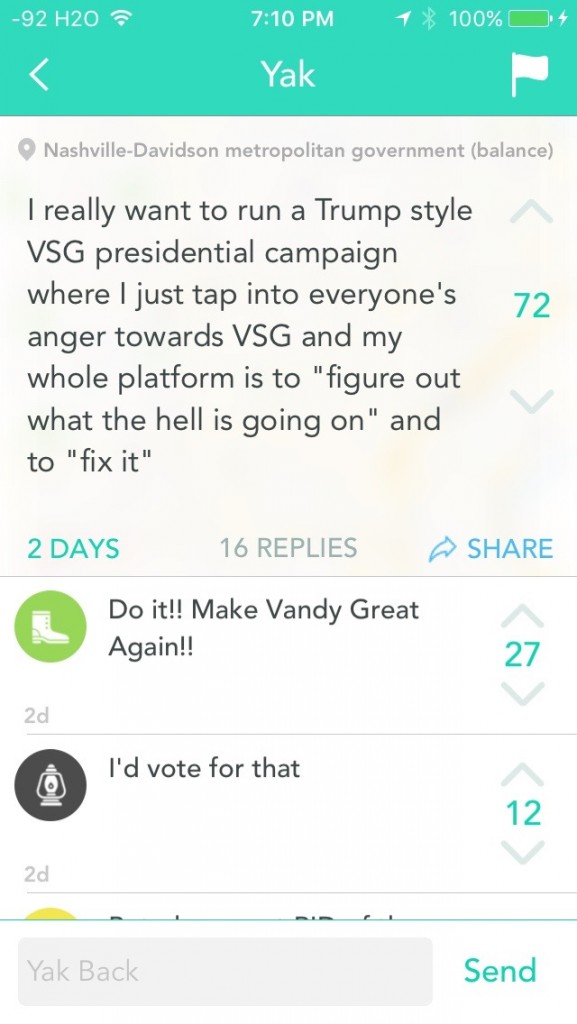 “Some of the Yaks are funny”, said Jack, “but they aren’t ours”

One of the policies you’ve talked about is changing the way the IFC handles discipline within Greek Life. Could you elaborate on this?

Jack: To some extent organizations should be held accountable, but it comes down to individual responsibility. When I got written up for underage drinking, they tried repeatedly to get me to throw an organization under the bus. I went away thinking they were trying to scare-tactic everyone. Organizations have stopped having parties and events, because they know if one little thing goes wrong, they could be screwed over forever for it.

Discipline within Greek Life could surely range to things as serious as sexual assault. Is your policy specifically focussed on drinking violations?

Jack: Sexual assault is a different story. I don’t have any sympathy for people who commit sexual assault. But if a kid gets drunk and passes out at a fraternity, the whole fraternity gets into trouble.

Dan: At this age, we should have personal accountability. We’re responsible for our own actions.

Jack: You should respect my lifestyle decision. And it should be your duty to educate me on the consequences of my decisions. And punish me, because it’s against the law. But at the same time, don’t shame me for it. 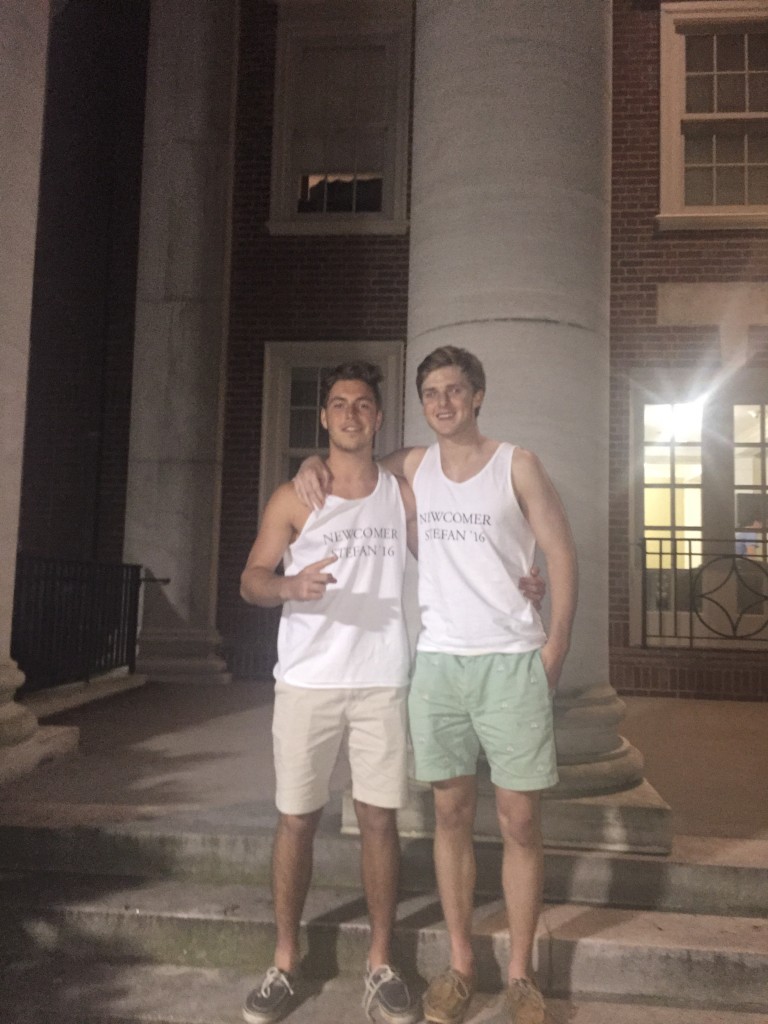 Do you think there are too many rules that attempt to stop people from being involved in student politics at Vanderbilt?

Jack: Yes. But [VSG] only point them out when they want to point them out. They didn’t realize that Dan and I are the type of people who like to stand up for ourselves. It takes a hit on your morale, but the fact we have a solid group of people supporting us, it’s helping us to keep fighting.

Dan: If you stay in the shadows, you won’t fall, but you won’t rise either.

Conner: The main grounds they’re looking at is your supposed campaigning before the official date.

Jack: Which isn’t at all true.

Dan: My mom was supporting me, does that mean I’m soliciting her?

The other candidates got to give opening and closing speeches, is there anything you’d like to close with?

Jack: If you want to see something that will really symbolize a change in the way things run in VSG, then vote for me and Dan. We’ll do that, and we’ll make you proud doing it.

Dan: If you want to see true outsiders. What better inspiration than two freshman who were deemed unqualified and had to face the adversity of the VSG organization trying to shut us down, and won and became president and vice-president, as the first freshmen ever to do so. I don’t see anything more inspirational than that.