A message to the UVA Class of 2021: Charlottesville is your home, and it isn’t what you saw this weekend

‘We will not be driven out by ignorance and hate. We will not leave UVA until we got what we came there for’

On Friday night, a group of white supremacists marched onto the grounds of UVA. The following day the nation witnessed a series of violent outbreaks in the city of Charlottesville, including a car crashing into a group of anti alt-right protesters, killing one and injuring several.

The supremacists that marched under the banner of “Unite the Right” were once again protected in a way that no other racial groups in America would have been. When they march the streets to spread violence, hate, and racism, it’s deemed acceptable because they are practicing their right to organize, but when groups composed primarily of racial minorities such as Black Lives Matter attempt to exercise those same rights they are called bigots.

Although anyone in the world was able to tune into the news and watch these events transpire, only the residents of the Charlottesville community along with the students, faculty, and educators of UVA would know how it felt to have these foreign invaders chose our home to spread ignorance and racial intolerance.

New footage showed these members of Unite the Right holding shields with the Confederate flags on them, saying how Trump promised them to help them take back their country. Take their country back from whom? The people that helped found the United States as it has always been known, the place of many cultures and ethnic backgrounds?

UVA is a public university but it’s much more than that to its students. UVA is where we live, where we come to get an education, enjoy experiences with our friends and classmates, and most importantly, it is the place that holds the most basic values of unification, respect for others, and a place that not only promotes diversity and inclusion, but celebrates it.

I ask the world that was watching the news, and in particular incoming students about to start here, to separate these groups of racists from the Charlottesville community. This is not what UVA is. There are always a few bad apples in the bunch, but this is not what the University of Virginia welcomes.

When I moved into my dorm my first year at UVa I never thought I would come to think of it as my home. I was one of the few not ready to leave my parents’ house, but when I looked at pictures of these people on The Lawn and the Rotunda with their torches I realized that this was my home that they were violating, our home. This wasn’t just some school on the news, it was the school I attend, the steps I walk on daily. 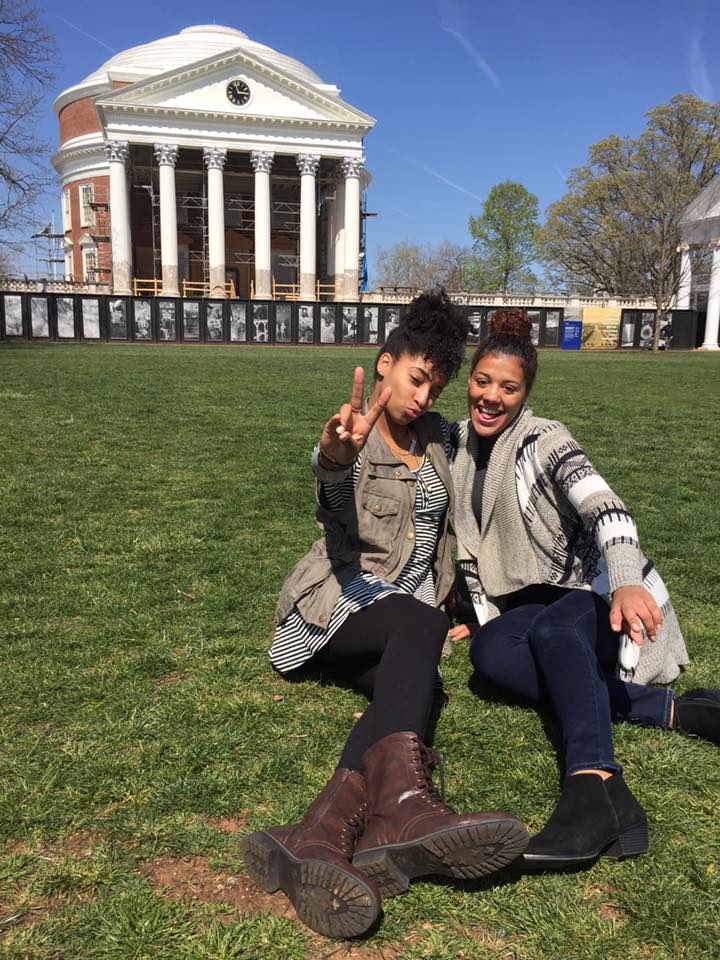 Looking at the pictures I thought about how this is something I could realistically see in a history book, a picture someone could look at and carry no personal attachment to, and that very same picture made me realize that these were the very steps that I study on, the path that I take daily to attend classes and hang out with my friends. These outsiders were terrorizing our community. In Trump’s America is this acceptable? In Trump’s America is there a place for diversity? I had never felt more violated than that moment I took a closer look at that picture.

Friends messaged me that day asking for my safety, and although I appreciated every one of them, some also told me that I should change schools, and that’s just not happening. UVA is my home, and the home of so many others. We will not be driven out by ignorance and hate. We will not leave UVA until we got what we came there for.

This weekend shocked me, and I’ve been at UVA for three years now. I can’t even imagine what it must feel like to have watched it unfold through the eyes of someone about to start here. So to those people, who chose Charlottesville, and chose the University of Virginia, I have this message: this weekend wasn’t what Charlottesville is about. It’s not what being a Wahoo is about. Don’t let this ugliness color your experience: UVA is your home now, as much as it is mine. Welcome.