Three visiting students were called out on Facebook by their waitress after dining and dashing at Boylan Heights on Saturday.

Alex Connell, their server, posted a Facebook status naming and shaming the trio and calling them out for their actions.

She explained: “This past Saturday, the day of Will Barrow, 4th year 5th, and our last football home game, these 3 dapper gentlemen, came to Boylan and sat at my table. They made a calculated decision not to pay their bill and then left the restaurant.

“I ran into them later that night and they bolted INTO an apartment where a few of my friends were (since they are clearly of utmost intelligence).

“I was eventually repaid via Venmo after some compelling discussion. I just wanted to post this as a caution to the three of them to never do it again, and I also want them to know they should never, ever come back! Thanks guys!”

The status received over 700 likes and blew up with comments praising her and bashing the boys. 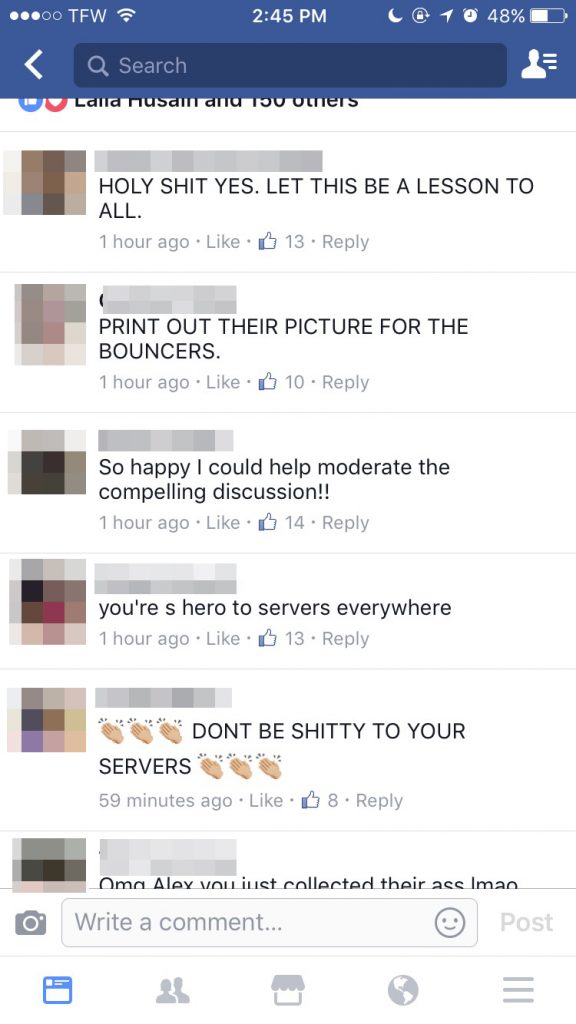 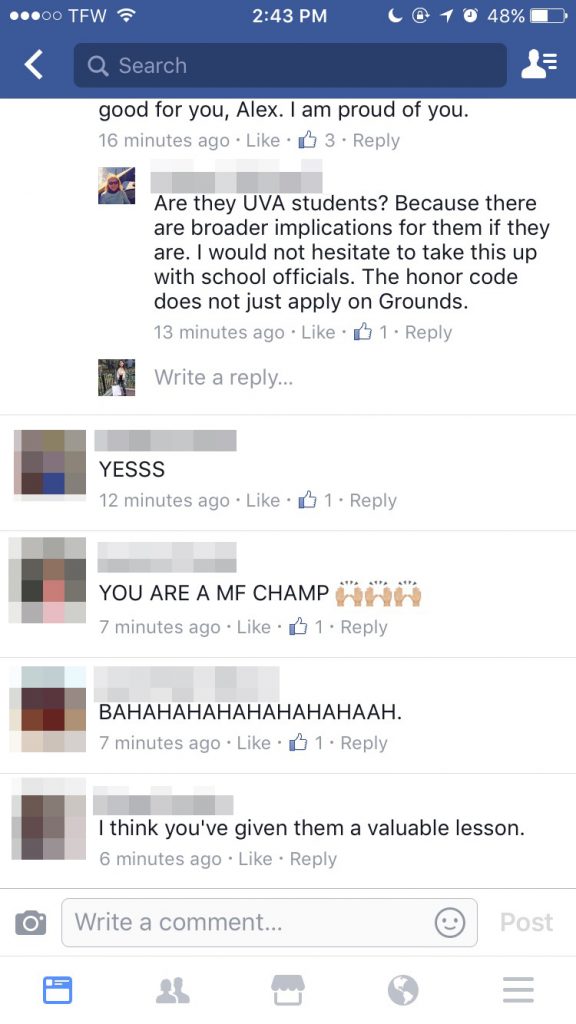 Hope this teaches people not to be assholes to your servers. Karma’s a bitch.