Why is everyone so obsessed with Game of Thrones?

This is not a phase, this is a lifestyle

It is almost impossible to walk into a room nowadays, ask if anyone watches Game of Thrones and not get a response. Game of Thrones, the HBO show based off of the world famous books, aired in 2011 is now one of the most talked about television programs on the planet.

Fans of Game of Thrones never take the show lightly. You will seldom meet someone who “occasionally watches” the show when it is on or when they have the time. The people who watch GoT are die hard fans, who will take any opportunity in any normal conversation to bring up the show. With the new season being aired currently in their sixth season, the hype for the show – though it seems impossible to top – is at an all time high.

For those of you who have not gotten into the show, haven’t given the show enough of a chance, or have never heard of the show – there are so many reasons why everyone else except you is obsessed with the show and why you should get obsessed too. This is not a phase, this is a lifestyle. 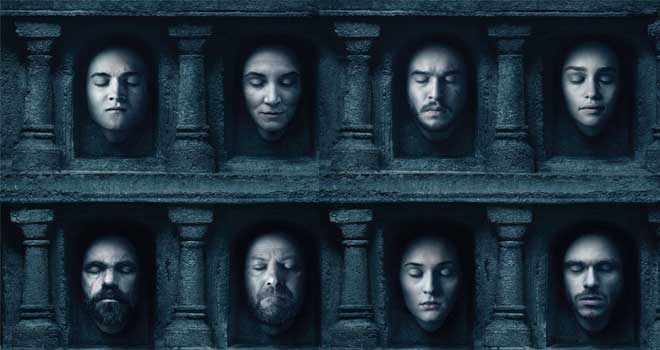 Much like other drama series, GoT does not tread lightly on leaving the audience constantly at the edge of their seat. With the promotions and constant influx of drama, the suspense is built so high for each hour long episode, it is only after the credits roll can you finally catch your breath – if even then because then you are going to have to hold your breath until the next week’s episode and so on and so forth.

What really makes GoT stand out from other shows is the fact that you, as a viewer, cannot trust any of the characters. In the medieval world of betrayal and backstabbing, there is no room for guessing when it comes to what is going to happen next on GoT, or at least no room for guessing accurately. If you are a nail biter or a teeth grinder, this show may take its toll on your overall health. 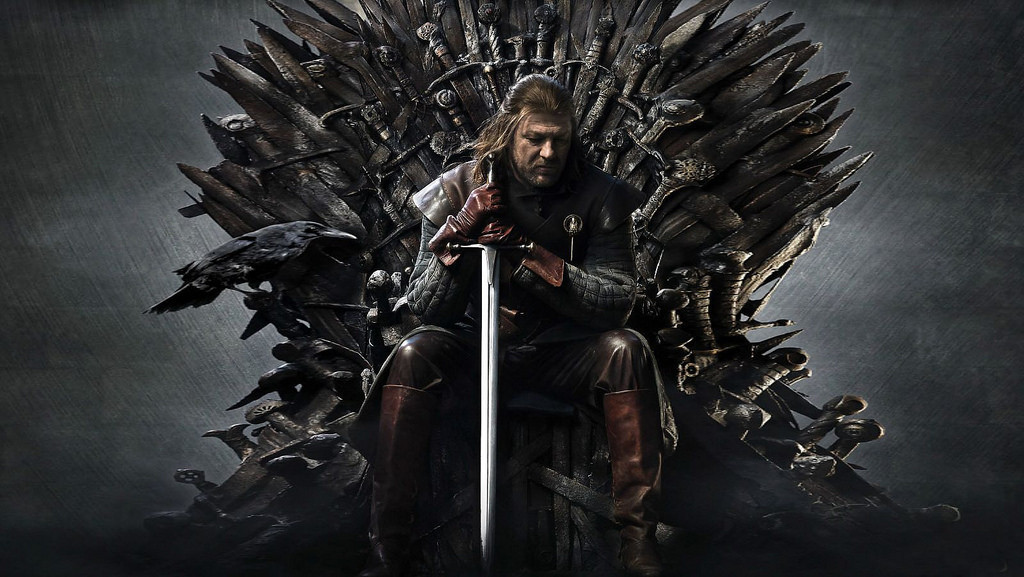 Similar to the suspense of the show, GoT practically invented the word drama. With characters who are all sleeping with each other, killing each other, trying to screw each other over, and let’s never forget King Joffrey — there is not a moment of rest when it comes to the extreme heaping of drama that is offered every week in each episode. You like a character? Oh too bad, they’re going to die. You love a couple? That’s unfortunate because they’re going to go to war with each other. You’re not a fan of murder? No problem, just don’t watch as Khal Drogo rips out another man’s jugular and throws it to the ground with his bare hands! 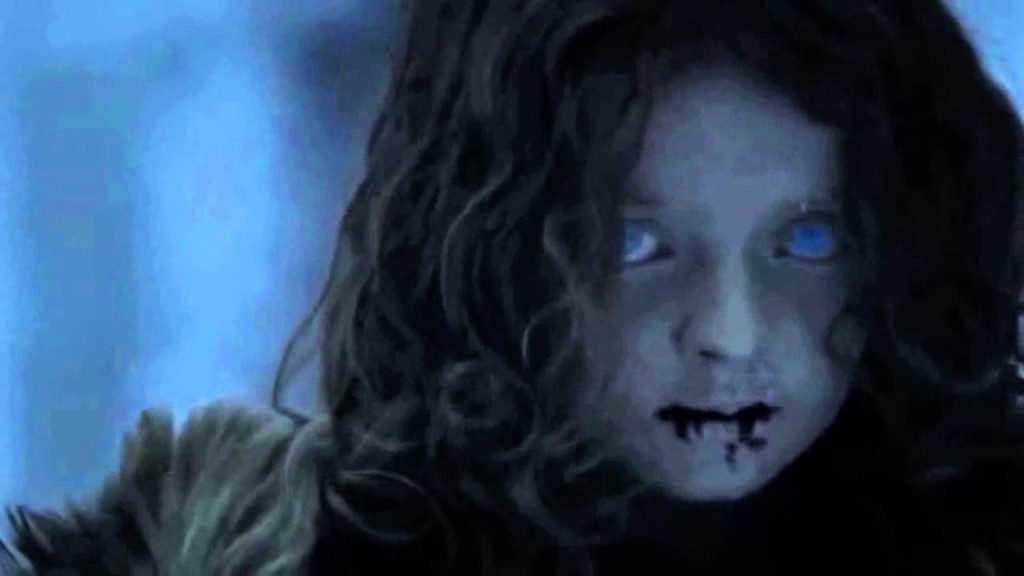 The realistic nature of the entire show is amazing and will leave you wondering: “Is that actually what happens in real life?” If blood and guts isn’t your thing, I’m sure GoT has something else to offer you for your entertainment. 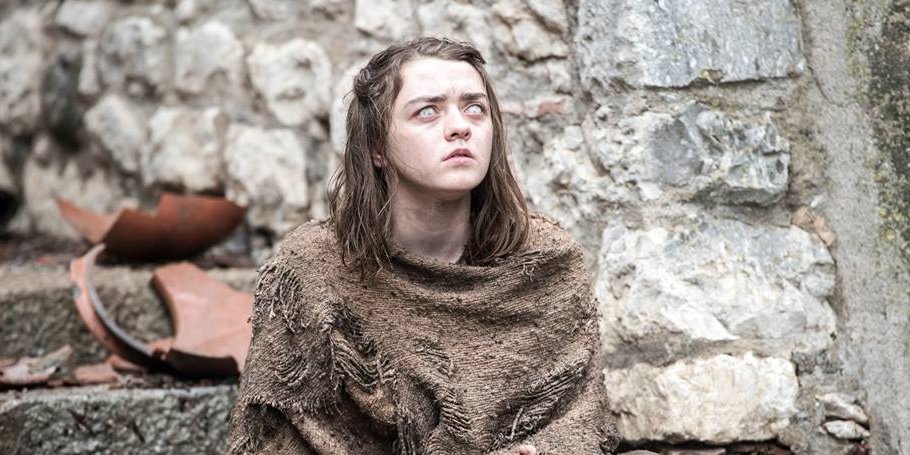 Along with the fact that GoT does not have to censor their violence, they also do not have to censor their sexual scenes with consistently abundant amount of nudity. There is not only nude women, but also a plethora of nude men – wowza! It’s the nudity with the sex scenes with the foul language where GoT really says “We can do anything we want, just try us”. If any of the previously mentioned interest you, this may just be the perfect show for you! Don’t forget incest! There is a lot of incest in this show as well! And the best part of all of this? Look at who is behind the madness of the amazing show, George R. R. Martin, the author to the GoT books! 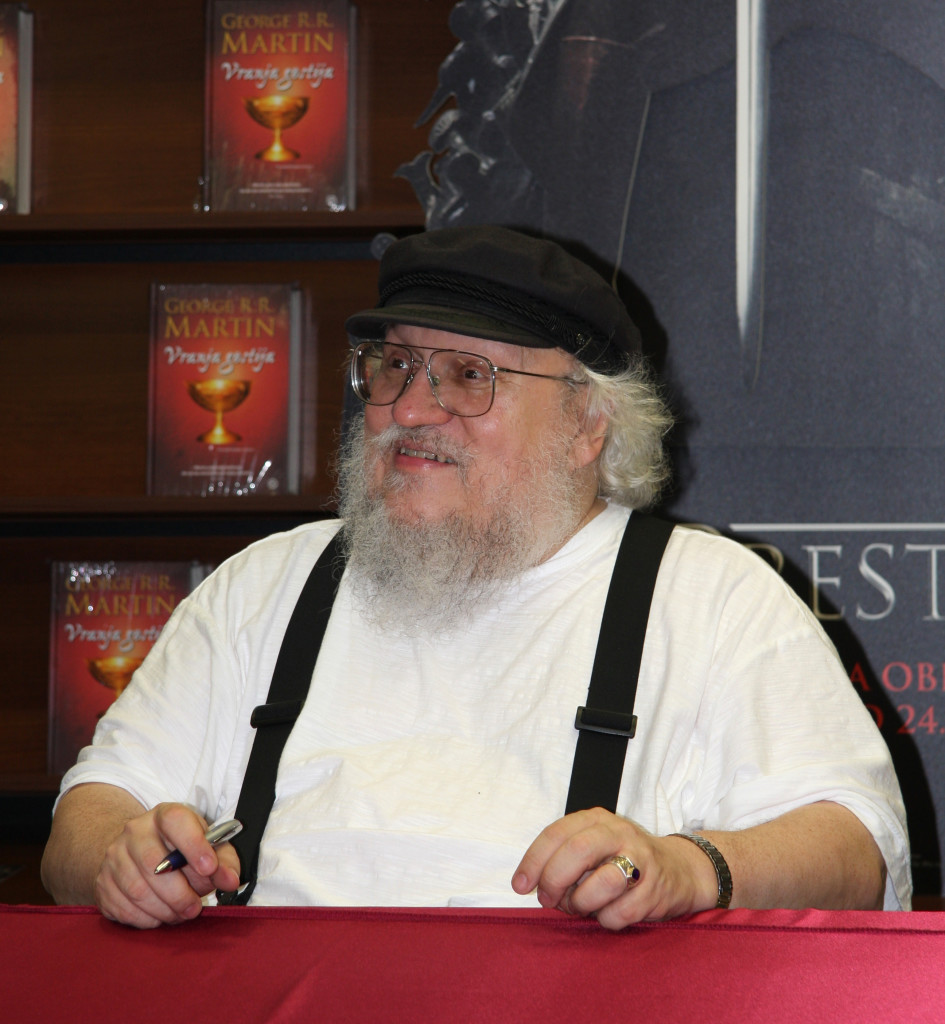 Game of Thrones would really be nowhere near successful as they are if it weren’t for their incredible cast. It definitely leads you to question whether or not British people are superior to Americans because they can act damn well. Do you remember the little kid from “Nanny McPhee”? Yeah, he’s in this. Or Chris, the drug addict from the British original “Skins”? You know he’s in this. The boy who could turn himself invisible in “Misfits”? He’s in this, and is actually super evil. Cute, bubbly girl from the newly anticipated “You Before Me”? Well, she is the queen of the dragons, of course.

Though I could go on and on with this for probably the rest of time, it is not only myself who finds this show to sport some of the best acting within the industry. Peter Dinklage, who plays Tyrion Lannister, won best actor in a drama series at the Golden Globes. The only problem with the cast? The fact that they keep losing their jobs because George R. R. Martin won’t stop killing everyone off. 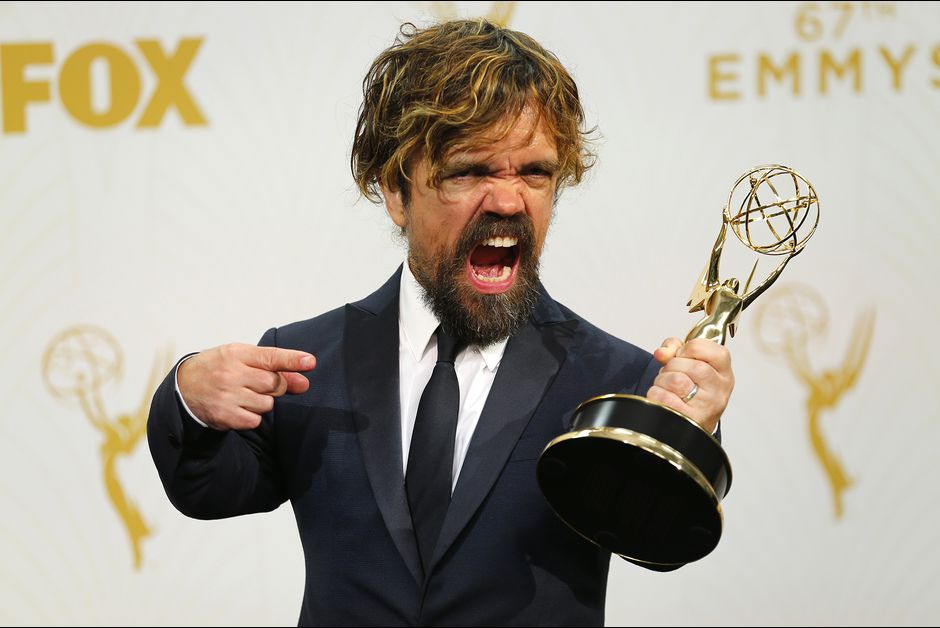 The mythical land of Westeros can not be found on any LA lot, of course. To create the true feeling and atmosphere for the series, the cast and crew has trekked all over the world to get some of the most beautiful scenery imaginable. Their most frequented locations are Northern Ireland, Croatia, Iceland, Spain, Malta, and Morocco. Talk about an eclectic set being across some of the most beautiful places on the planet. If you don’t believe me, check out the pictures below for a little peak at just how beautiful the world of Game of Thrones actually is. 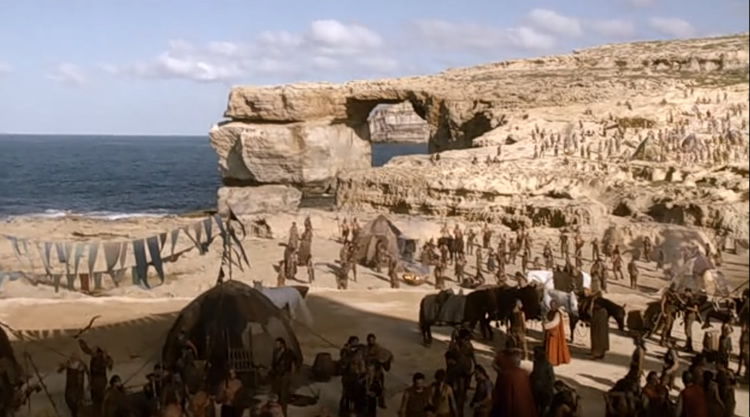 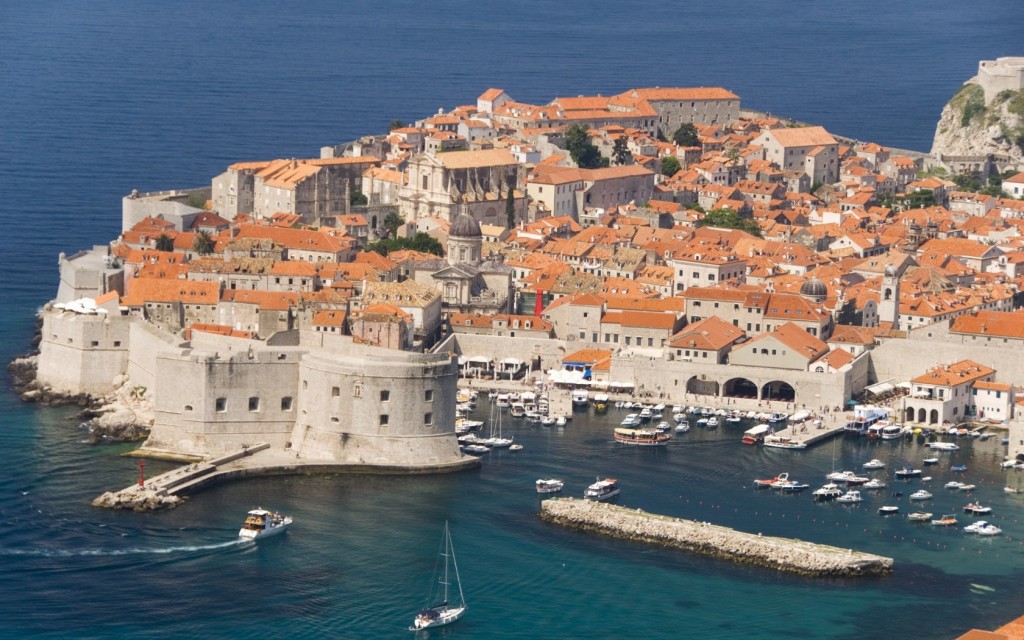 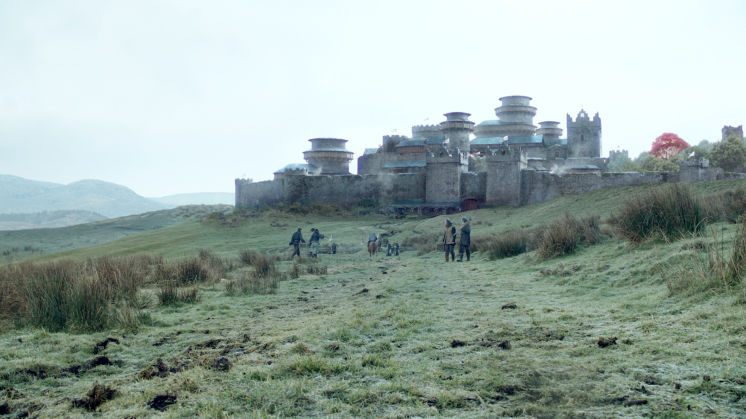 GoT is no ordinary programming, for reasons already listed above, but most importantly because it is not simply a show – it is ten movies in one season. Each episodes is just about an hour long with no commercial interruptions. What a fantasy that is! Each episode is not something you can watch while you are doing an assortment of other activities. It is a show you need to sit down, watch, and pay close attention to or you will miss something big. Every line said in the show has been carefully thought out and if you don’t hear it, or avert your attention for even a moment, you may be completely lost in that entire plot line.

The episodes have been described as being full length movies because of the amount of plot, character conflict, and overall suspense and insanity they fit into each one. The budget is so high for GoT that each episode has roughly the same budget of a full length film, which allows the show makers to have fun with their resources and take full advantage of every minute within the hour. With GoT it is really quality over quantity. 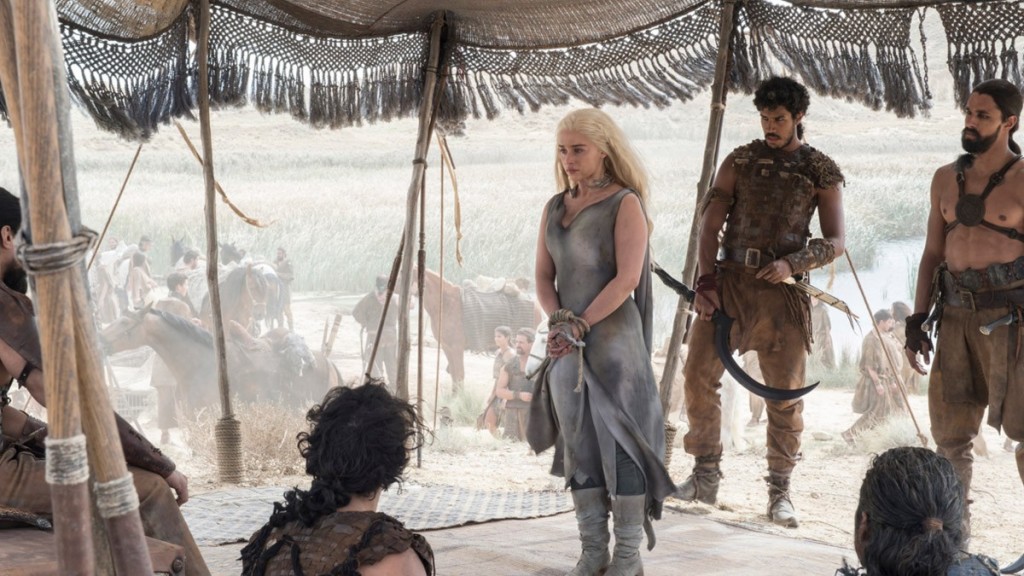 Following up with the notion that GoT is not exactly realistic, there are heavy amounts of fantastical undertones that only further the obsession of the show. Dragons, night walkers, resurrection from the dead, oh my! Not only is the CGI impeccable for being a serial show, but the concepts of the mythical characters are mind blowing. In a fitting era where there was so many rumors of magic, it is beautifully portrayed within the show without overbearing the realistic drama. 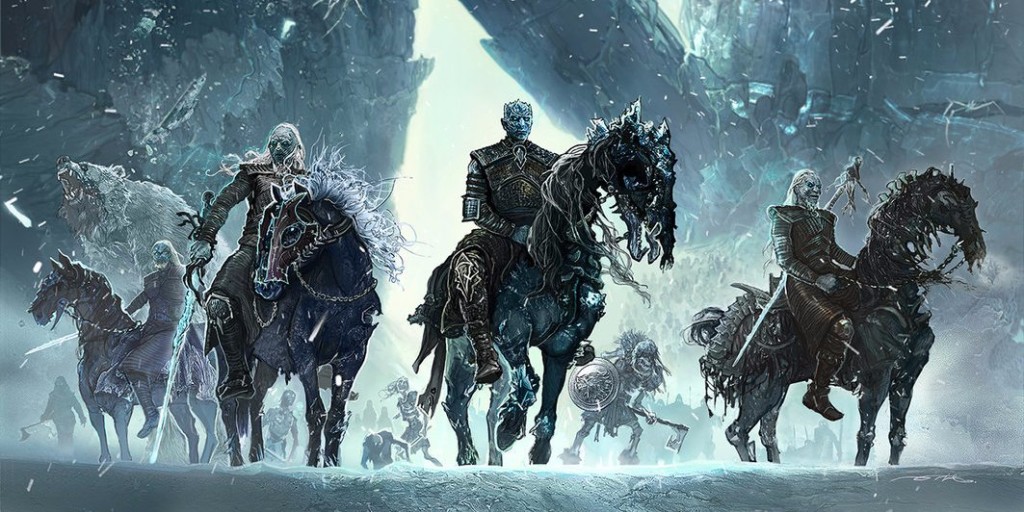 If you have ever heard anything about GoT it was probably followed with the statement “Everyone dies, though”. Though it is not EVERYONE, a lot of people die in the show. They die randomly and dramatically and you can’t help but feel like a piece of your heart is breaking along with the character. Though the value of life back then was extremely low, we as Generation Z feel nothing but sorrows when the person we have been rooting for dies. Many fans become enraged when their favorite character dies. Some fans have even attached George R. R. Martin for his insensitivity, to which he stated: “I’ve been killing characters my entire career, maybe I’m just a bloody minded bastard, I don’t know, but when my characters are in danger, I want you to be afraid to turn the page and to do that you need to show right from the beginning that you’re playing for keeps.”

And by this, he means he is going to keep killing his characters because he damn well pleases. Why would we want to watch a show where our favorite characters have a high chance of dying, you may ask? Because they might live. You never know what twists and turns the story will take place and you never, ever know how the episode is going to outdo itself, yet it always does. 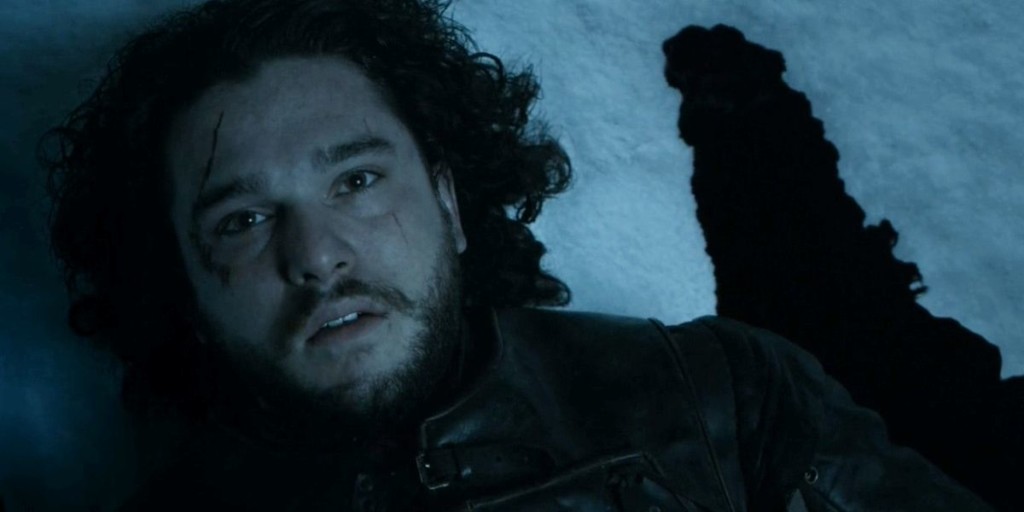 If I have not completely convinced you to get yourself an HBO Go account and spend the next few weeks of your life watching the best show on television, then I am at a loss. My only advice to those of you who are going to start watching the incredible series is: never get attached to anyone because they will probably be dead the moment you start to like them.