In an era of hookup and party culture, it is no surprise that many college students want to get STD tested. In fact, it is highly responsible and intelligent of those who decide to do so. Well, if you're a woman at USC, getting STD tested may be harder than you think.

When my friend told me that she couldn't make an STD appointment online until the end of March at the USC Engemann health center, I thought there had to be a mistake. Surely, the website was broken or she was doing something wrong. Thus, I logged onto my own account to try to search for available appointments.

Lo and behold, I was met with a cryptic message that said no appointments were available in my "specified range"…that I did not even know I "specified." 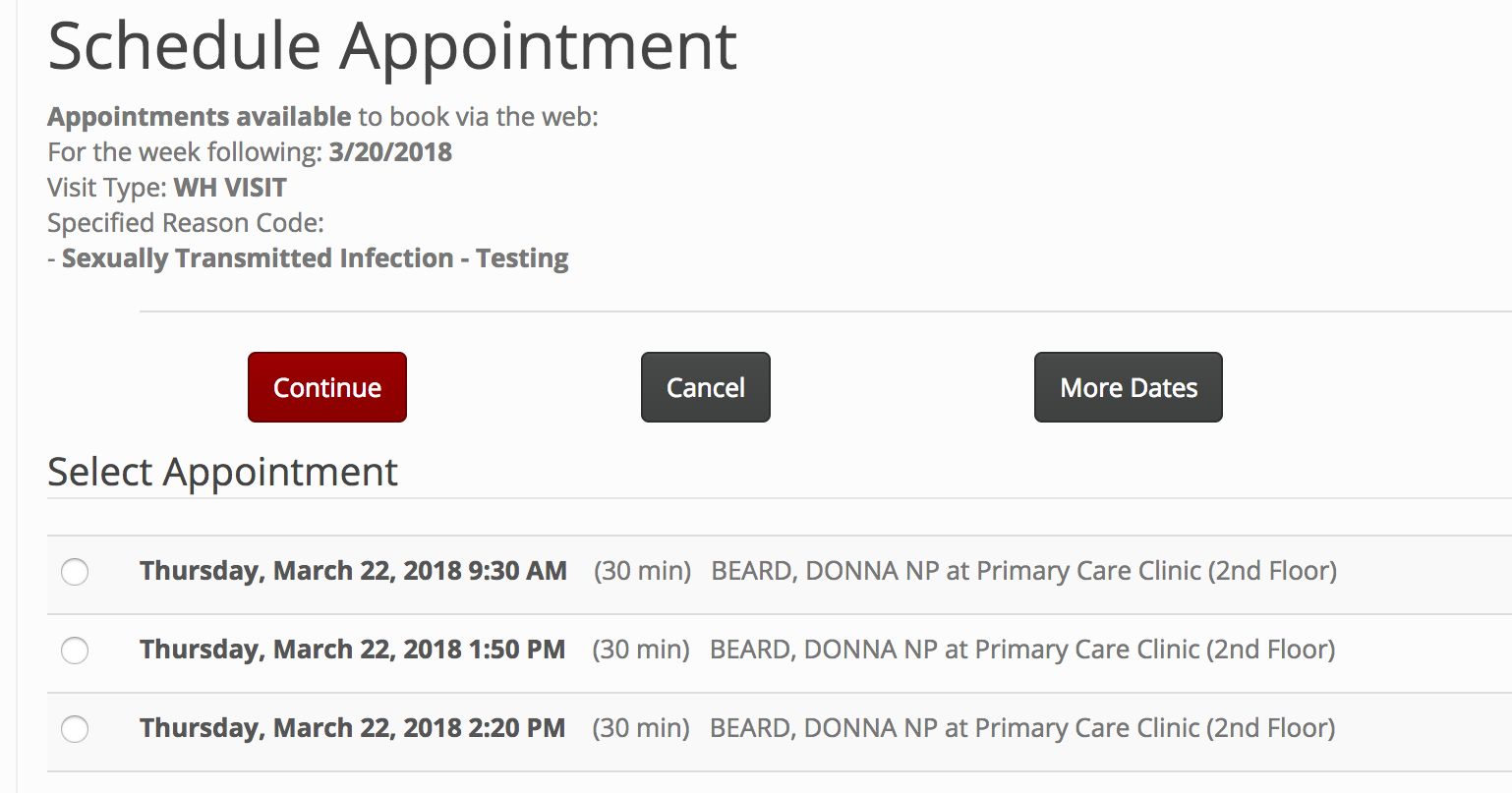 Still, I thought this had to be a mistake. So, I called the health center. The health center nurse I spoke to on the phone informed me that this was not a mistake and that all of their appointments had been booked. Her advice to schedule an earlier appointment was to "call back every day to see if there's been a cancellation."

First, I am not going to call the health center every day to see if there's been a cancellation. Given how hard it is to make these appointments, who would even cancel theirs? I would treat mine like Christmas day and begin planning months in advance (two months, to be specific). I would clear my entire day and email all my professors that the most important day of the year had arrived and I would have to be absent from class.

Second, if every appointment has been booked, maybe there needs to be more appointments. Is this such a crazy thing to consider? Investing more funds towards women's health instead of building another fountain on a campus within a state that is still in the middle of an abnormally long drought?

Oh, but it gets worse. Surprisingly, or maybe not so surprisingly, if you are a guy and you want to get STD tested, you can make an appointment as early as February 12th. 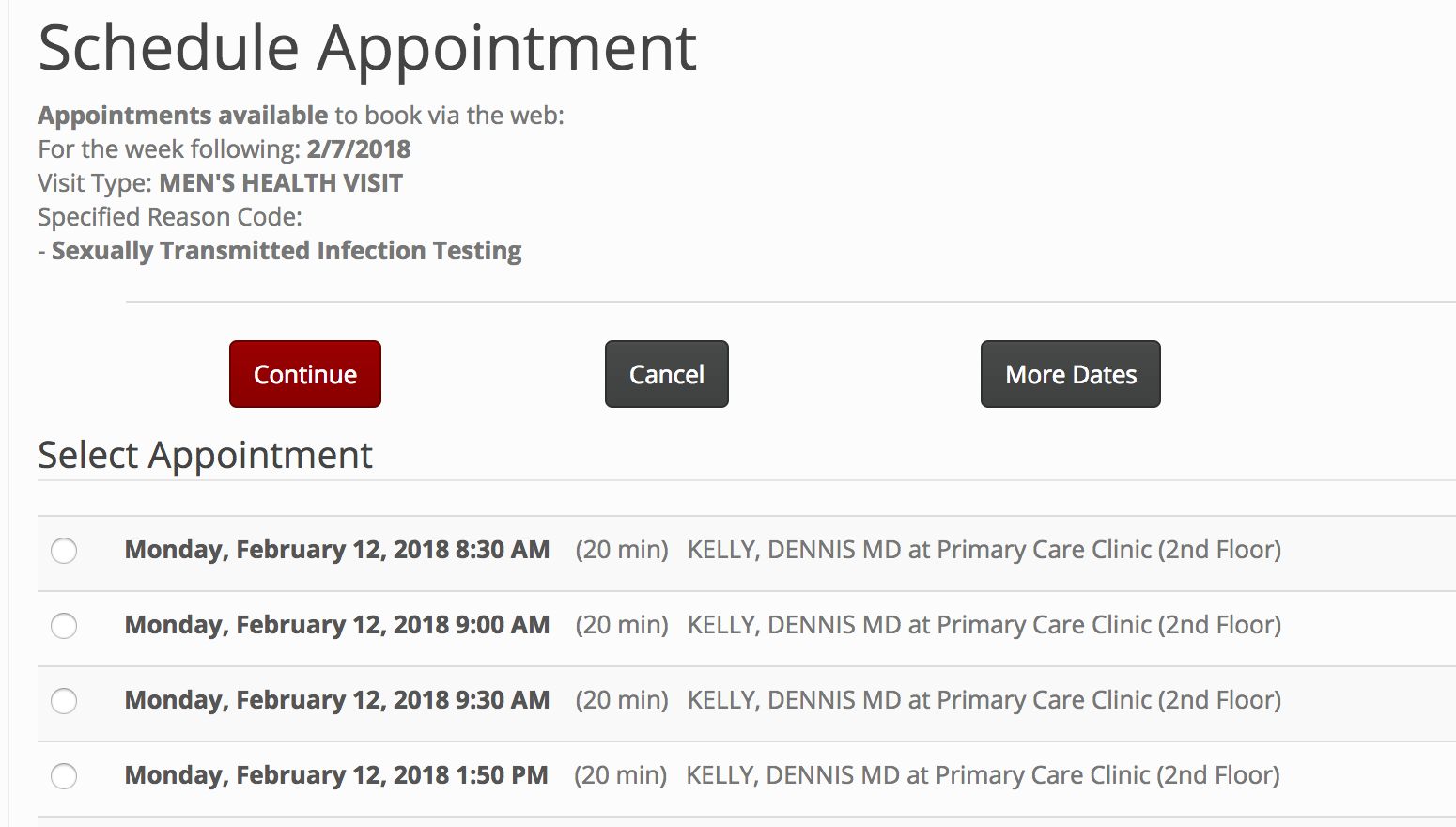 If STD testing is in this high of a demand at USC, then USC needs to find a way to meet that demand. The University can take our $50,000+ tuition, and find a way to gear it towards reproductive health instead of building statues with misspellings of "Shakespeare."

Oh, and one last thing. If you don't have USC health insurance, be prepared to cough up $88 for your STD testing! Yes, an STD test costs more than three CorePower Yoga classes. Be safe out there.