The demonstration comes after recent administrative push-back against Greek organizations

During Saturday’s football game against the Utes, a sign with the words “Fire President Nikias” flew around the area of USC and the L.A. Memorial Colisseum. pic.twitter.com/o9WTKALEpH

This comes after USC recently announced new Greek life recruitment standards, requiring students to achieve a minimum USC GPA of a 2.5 and a minimum of 12 units before rushing. Beginning in fall 2018, this means that first-semester freshmen and transfer students will not be able to rush until their second semester at USC.

Besides deferred recruitment, tailgates on the row have also been restricted throughout the fall semester. The changes come after debate over the stress that comes with rush and similar events within the Greek institutions. 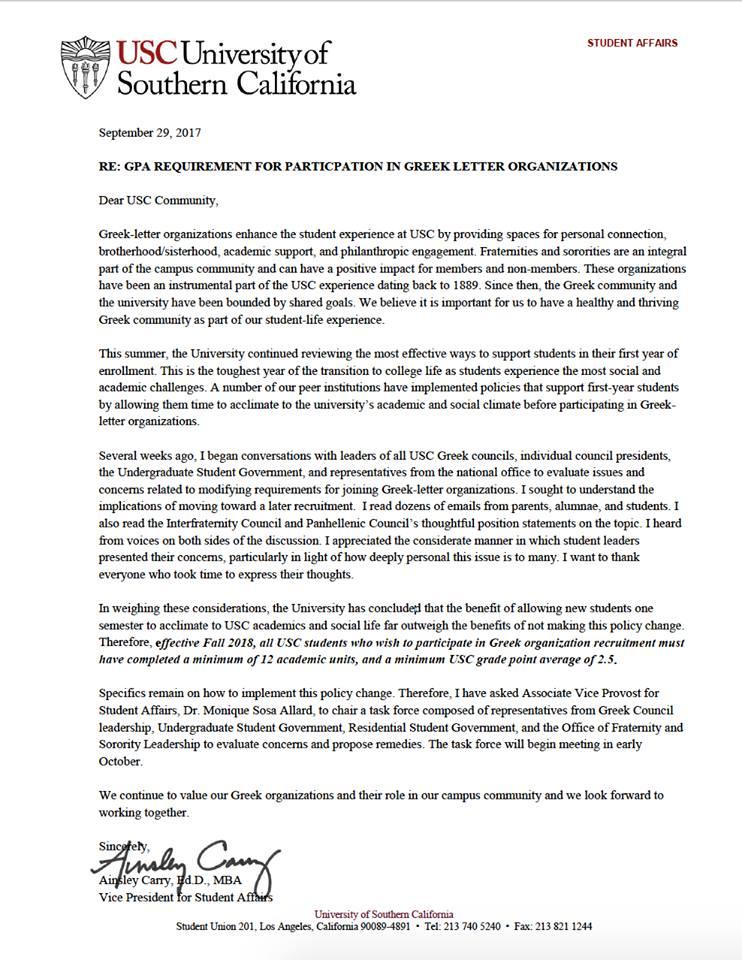 USC Greek organizations have pushed back against the changes. The IFC published a response to the proposed deferred recruitment, arguing that Greek organizations “…seek to build on [their] progress to foster a safe and productive environment for first-year students.” 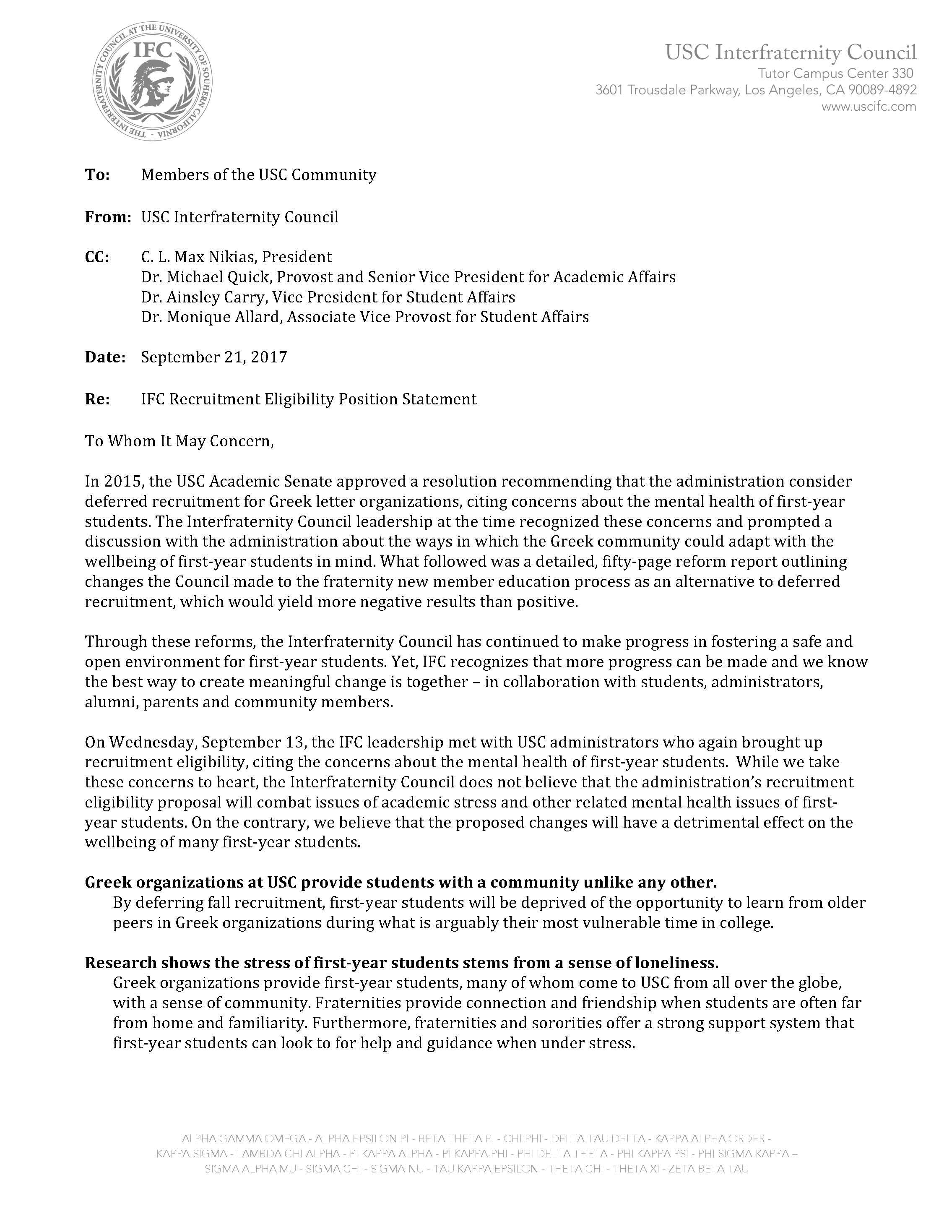 It is unclear as to who paid for the plane, but it has been rumored by current members of Greek life that alumni of the Greek organizations were behind the demonstration. The rumor has not been confirmed.

After reaching out to numerous plane banner companies in the area, none were able to give any information about who organized the banner. According to the companies, prices for banners are about $75, while prices for the plane range from $300-$500 an hour.