Cam Newton and Jourdan Rodrigue are both trash

yes, you can (and should) be mad at both

Carolina Panthers quarterback Cam Newton and Charlotte Observer reporter Jourdan Rodrigue are in the hot seat. Both for very different reasons, but their stories rely on one another, so here we are. 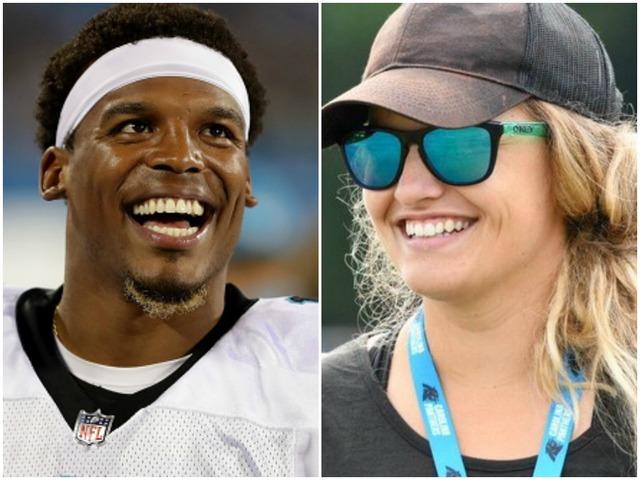 Courtesy of Getty Images and @JourdanRodrigue/Twitter

Earlier this week, Newton thought it would be a good idea to be a grade A douchebag and bona fide asshole by saying, "it's funny to hear a female talk about routes," in regard to Rodrigue's question about teammate Devin Funchess during a routine press conference.

As an avid sports fan, watching Newton rapidly decline into the pits of sexist hell was cringeworthy at the least. As a black woman, it made me angry. Newton is in the seventh season of his NFL career and at this point he should know better. From Jemele Hill, Pam Oliver, Michele Tafoya and Erin Andrews, there are plenty of women covering the NFL and other male-dominated sports. There's no excuse for his commentary.

Newton's use of the word 'female' in this undeniably sexist exchange should be noted. For many women, specifically black women, the use of this word to describe a woman is degrading and is often used to undermine our outrage of misogynoir within the black community. It's like saying bitch without saying it. And either way, it's still sexist.

Since the incident, Newton has lost his sponsorship with Dannon Yogurt, as the company found his remarks to be sexist (I mean, duh).

We’re disheartened by Cam Newton’s behavior, which we perceive as sexist. We shared our concerns with Cam & will no longer work with him.

Of course when social media got wind of the incident, people reacted.

When has a statement with the word “female” in it never NOT been trash?

More I think abt Cam Newton comment, the angrier I get. HE LAUGHED IN HER FACE. & don't get it twisted; Jourdan Rodrigue is one of the best.

I don't condone sexism but @JourdanRodrigue how do U have a job n the NFL when you're a racist?? #CamNewtom #racism #NFL #JourdanRodrigue pic.twitter.com/U4GUno7UNG

Even though Rodrigue posted racist tweets, it doesn't make Newton's comments any less inflammatory and they shouldn't be used to undermine the argument that Newton was being sexist because he was.

At the same time, it's important to recognize the privilege that has been afforded to Rodrigue.

While she's apologized for the tweets she made, she's still currently employed by the Charlotte Observer. And thus far, hasn't faced the same amount of backlash that Newton has.

In fact, there are people who feel as if her racist tweets being brought up are "changing the story."

The racist tweet isn't the story. The sexism is the story. Stop trying to change the story.

It's not changing the story. It's called being critical. It's recognizing that race and gender play major parts in getting the full view of the story. Rodrigue, a white woman, may very well get off the hook and keep her job because of her whiteness and the idea that white women are inherently innocent and incapable of advancing white supremacist ideology.

It's analyzing the situation and realizing that in this case, neither person is a saint.

So, if you're gonna be mad at Newton for being sexist, you should also be upset that Rodrigue, a reporter who interacts with black athletes regularly, thinks that laughing at racist jokes was at some point a cool thing to do.

You can (and should) question both.

But please, don't try and argue about if racism is worse than sexism or vice versa. Black and brown women exist. We deal with both on the daily, so don't try it.

Greatest consequence of Cam’s comment is having to watch people debate whether racism or sexism is worse. pic.twitter.com/Lk5EKH993E

Cam Newton should apologize for the sexist comments he made during his press conference and we should all be able to recognize that casually dropping the n-word in a tweet isn't cool.

Moral of the story? Don't be racist and don't be sexist. Do better.