Why we should all be grateful for Chancellor Folt

Chancellor Carol Folt is a priceless gem, much like our precious university. Chancellor Folt carries herself with such grace, confidence and power that all of the students can do nothing short of fall in love with her.

“Higher education is the longest and most inspiring and most important industry in all of America that leads from dream to opportunity,” Folt said at a meeting with the community in January.

Chancellor Folt knows that her students work toward changing the world every day, so she does what she can to further their success.

Her plan for the future of UNC, called The Blueprint for Next, showcases her advocacy for higher education.

She spends time with the students and makes sure they know who she is.

Re-living more memories a week out from grad.. this one from @CarolinaKickoff at Camp New Hope in 2014- @ViceCrispy with the lean! #uncgrad pic.twitter.com/CnCzlDSbHC

She maintains her accessibility and builds strong relationships with her students, even the more important (read: cuter) ones.

She plays “Heart and Soul” like a (national) champion.

She wears a LOT of Carolina blue and pulls it off like no other. Don’t sleep on Carol’s outfits!

She is one of the Tar Heels’ biggest fans and was in Phoenix to celebrate that SIXTH NATIONAL MEN’S BASKETBALL TITLE.

Hey, she even gets in the game herself. 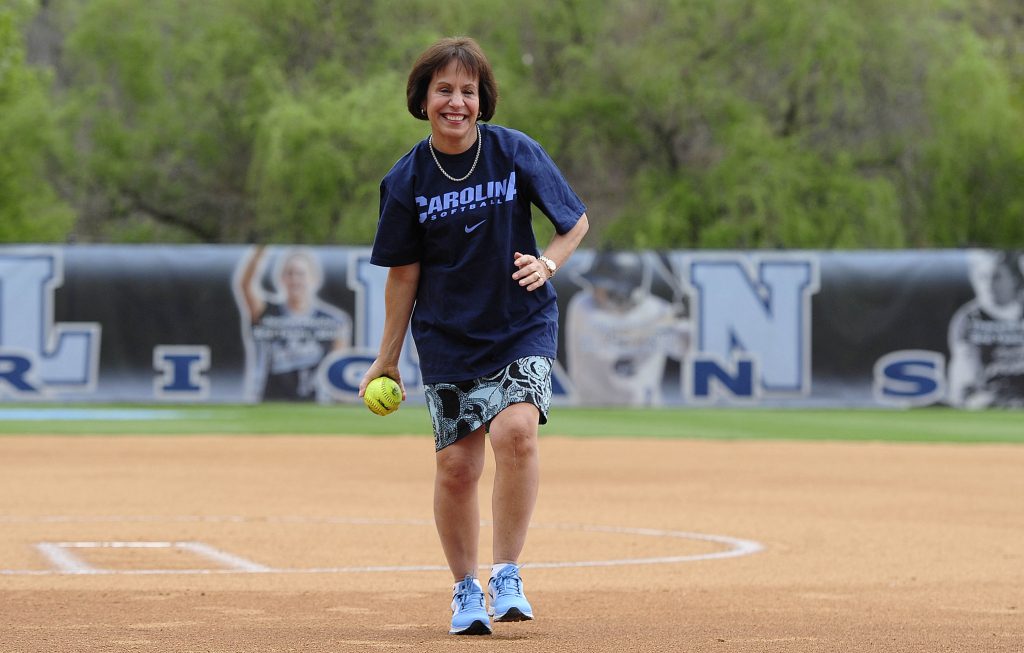 Thank you, Chancellor Folt, for being such an incredible role model for us all. But, most of all, thank you for showing us all what it is to be a strong woman. After all, who would we be without them?

At the end of another school year, who better to wrap things up than one of the most diehard Tar Heels? Congratulations UNC Class of 2017, and thanks for another wonderful year, Chancellor Folt.