Yes, we have a yearbook

UNC’s yearbook has been around for over 100 years and chronicles some of the university’s greatest memories. After a two year hiatus, a group of UNC students worked together to revive this UNC tradition.

Originally The Hellenian, UNC’s yearbook began in 1890. In 1901, it was renamed the Yackety Yack after a famous college cheer. Since then, the Yackety Yack has remained a part of UNC heritage. 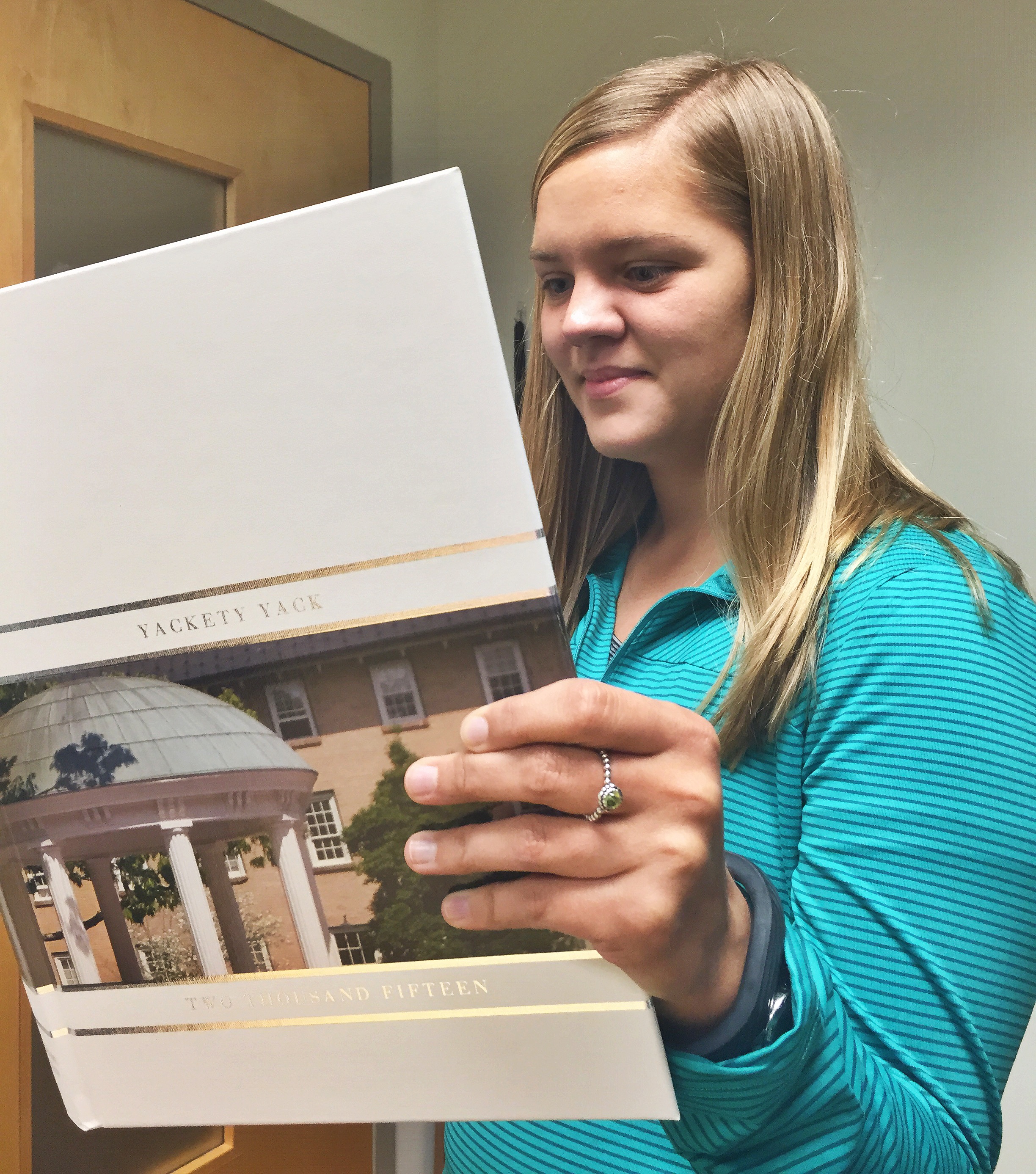 After two years with no published yearbook, UNC senior Mary Ward decided to bring the Yackety Yack back. After a lot of work, Mary, Chelsea Robertson, Cayce Caruso and Michael Zheng produced the 2014-2015 yearbook.

Mary, Chelsea and Cayce each served on their high school’s yearbook staff before attending UNC. In her first year at Carolina in 2012, Mary was excited to work on the Yackety Yack staff. She found their booth at Fall Fest and joined the Yackety Yack’s  photography staff, where she took pictures at events like the UNC basketball games. 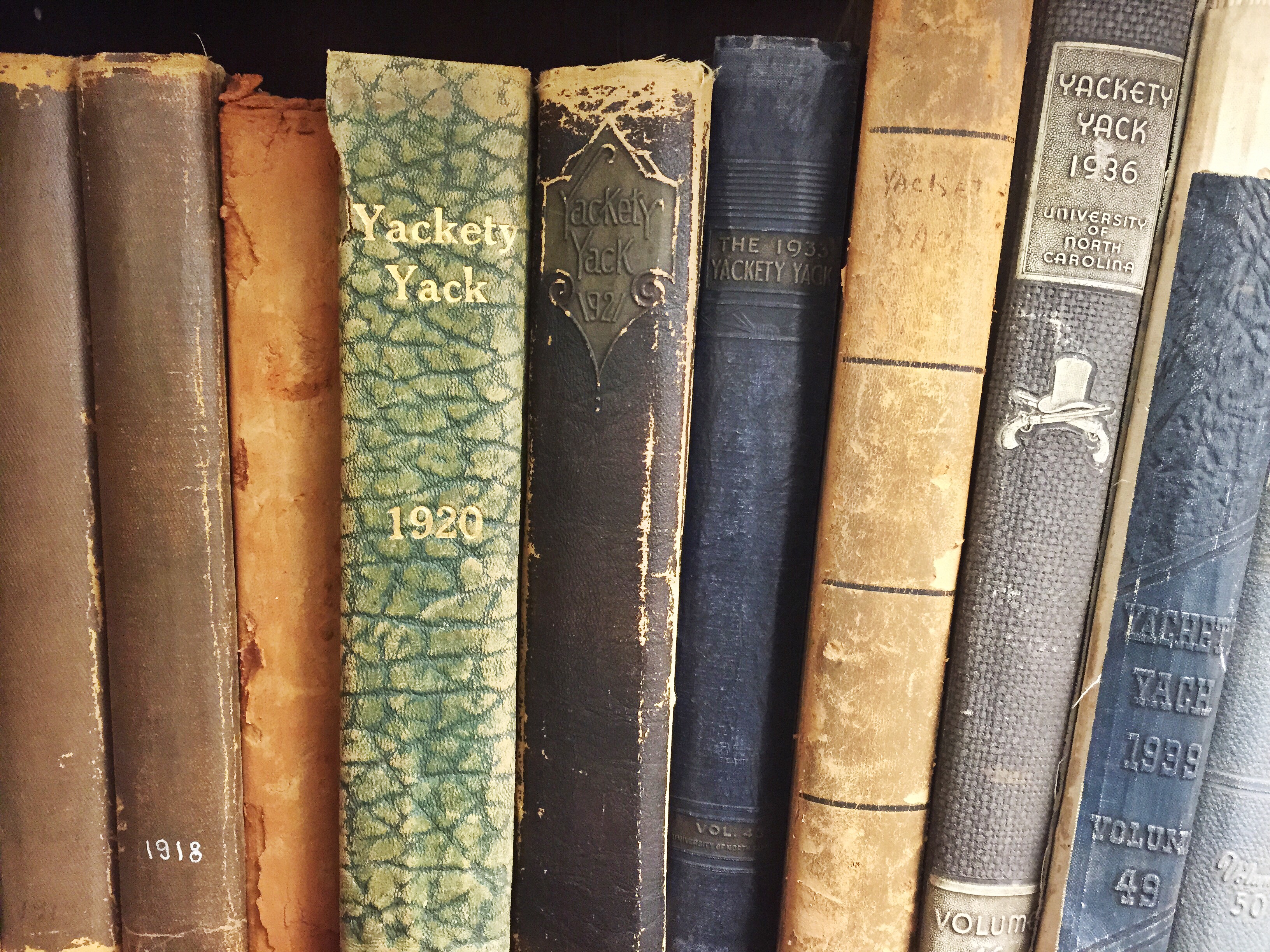 She said: “I thought everything was going fine. I was taking pictures so I was like ‘Obviously there’s gonna be a book’ and then, I don’t know what happened. I wasn’t an executive member at all, so I didn’t really have any insight on what really went down exactly, but something happened.

“I think there was no communication between the production company and the executive team. It just did not happen. There was no book made.”

The following year, Mary attempted to get back involved with the Yackety Yack team. She could only get in contact with the former business editor of the yearbook and decided to independently take photographs at UNC events. 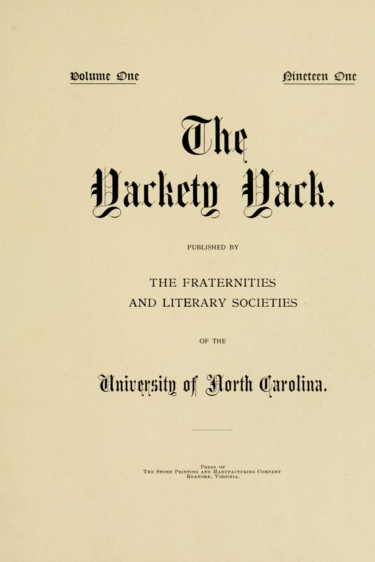 The first edition of the Yackety Yack (1901)

Not knowing if there were any other yearbook staff members, Mary tried to get a Yackety Yack advisor. She got in contact with C. Hawkins and the General Alumni Association. Hawkins became the adviser for the yearbook. Again, no book was made that year.

During her junior year, Mary recruited Chelsea and Cayce as co-associate editors. Michael was brought in as the business editor. They had an advisor and signed a contract with Walsworth Publishing Company. The Yackety Yack was officially back. 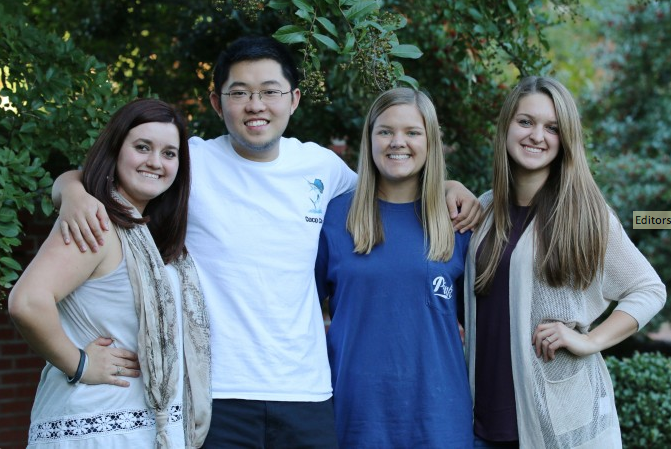 Mary said: “A lot of alumni definitely know what the Yackety Yack is. But I think yearbooks have become irrelevant in our society. I mean, you knew about them in high school, but then in college, you don’t know any of these people except your close-knit group of friends, so I think it’s hard for people to realize we have a yearbook and it’s kind of hard to get it out there that we do. I think if it was a part of our tuition, they would definitely know more about it.”

Today, the Yackety Yack staff consists of about 20 photographers and designers. The student-run organization dedicates a lot of time to creating each page of the yearbook and capturing every UNC event with their cameras. 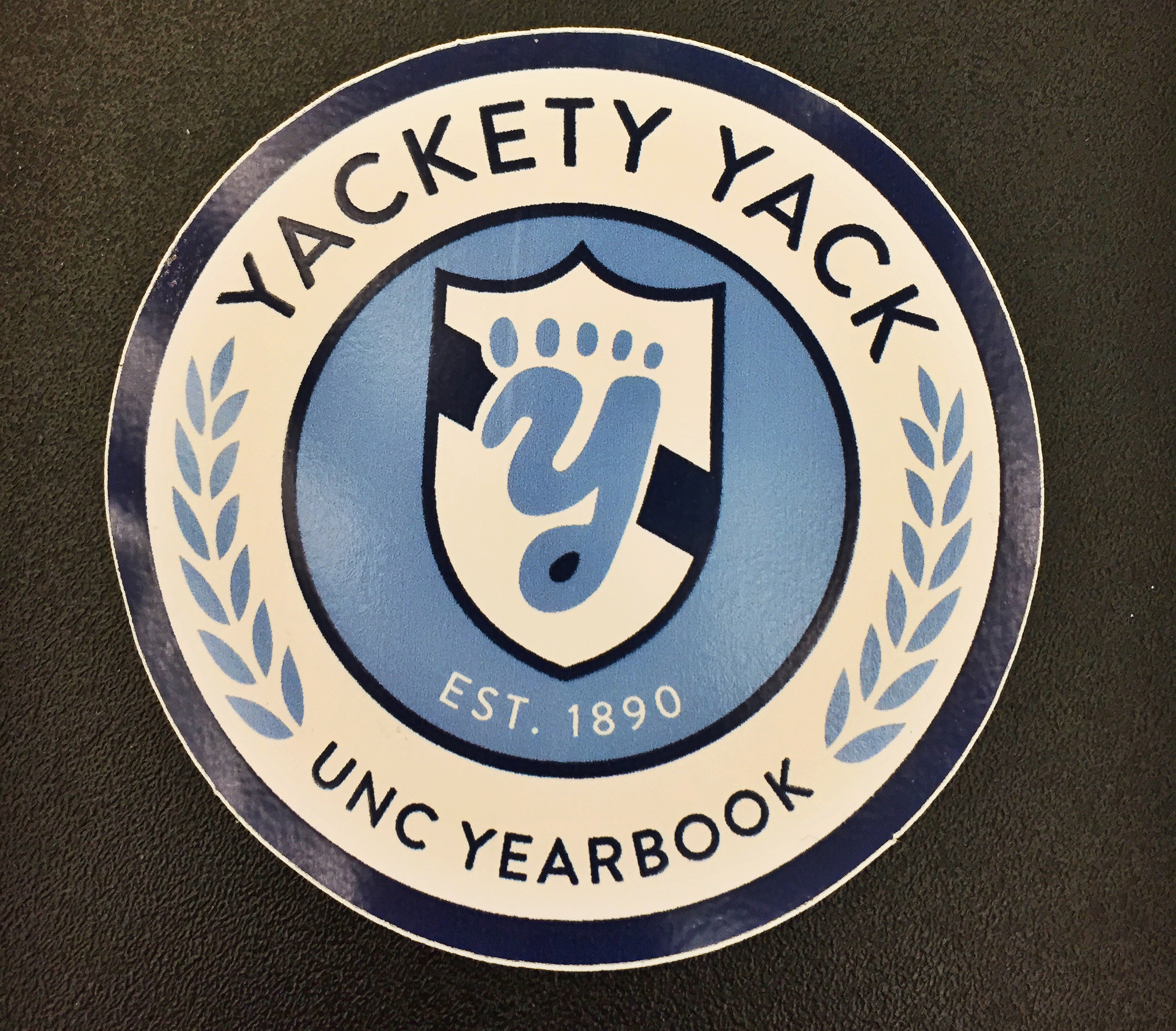 The 2015-2016 Yackety Yack will be the 125th edition. It will feature senior portraits and an index of every current UNC student. Students who choose to take their free senior portraits can choose which one will be in the yearbook. If any senior has not taken their portraits yet, they will have another chance in the spring semester.

The yearbook is officially for sale and can be purchased here. The price includes tax, shipping and handling. It will be sent to the customer’s home address during the summer. You can keep up with Yackety Yack on their Facebook, Twitter and Instagram.

Staff and historical photos courtesy of the Yackety Yack.