‘I would go back to witness when Jesus walked on water’

He started playing quarterback this past fall semester and made his first career start against Duke on Oct 31, 2015 after the regular starter quarterback Brad Kaaya got a concussion and could not play. He delivered a brilliant performance finishing 20-for-29 for 272 yards and 2 touchdowns. It was one of the best games in college football with a historic 8-laterall kickoff return for a touchdown.

But football is not the only team Rosier is a part of, he is also an outfield for the Hurricanes baseball team. However, the dual-sport Canes athlete said after bowl practice in December he will not play baseball this season in order to stay with football, improve his game and get to know new coach Mark Richt.

The Tab got the chance to sit down with Malik and learn more about his athletic career and why he loved the University of Miami so much. 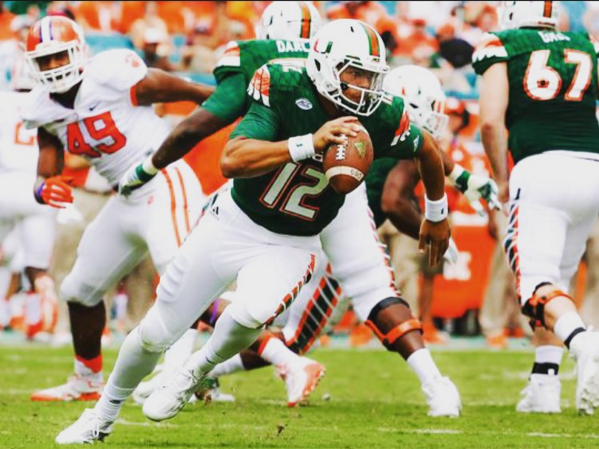 What is your favorite thing to do when you go out on weekends?

I like going out clubbing when I know I don’t have a tough week following. I’m a college kid so of course I have my fun, but I don’t want to go too overboard and then not be able to do my workouts on Monday.

What are the main reasons you chose Miami?

The location. I love the water, so I thought it would be really cool to have access to the beach easily. I was raised a fan. My dad has always been a Miami Hurricanes fan so I always was too. They allowed me to play both football and baseball which is huge because most schools don’t allow quarterbacks to do that. 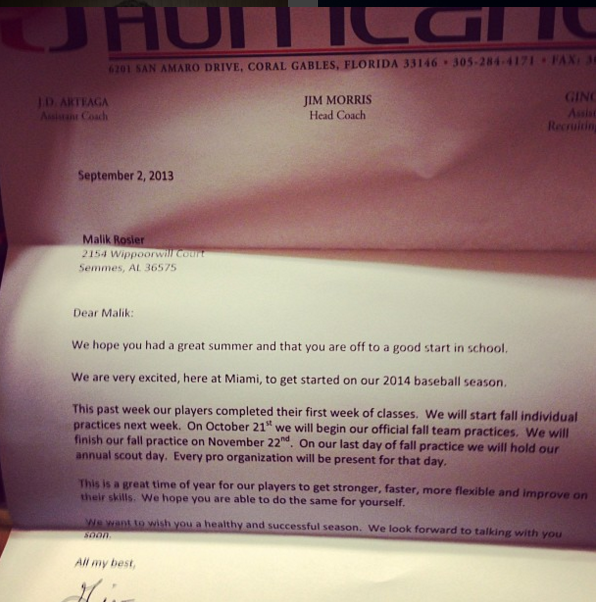 What other schools where you interested in before committing to Miami?

There was Cincinnati, but it’s a little too cold up there. Also, Louisiana, I have family there so that would have been nice, plus the food there is amazing but they wouldn’t let me play both sports so it didn’t work out.

What’s your favorite thing about the City of Miami?

How diverse it is. There are people from all over the world. You can go from one part to another and the people are totally different, and that’s a very unique characteristic of Miami. I love it.

First we all pray, then me and Brad Kaaya, the other quarterback, always go out on the field together. 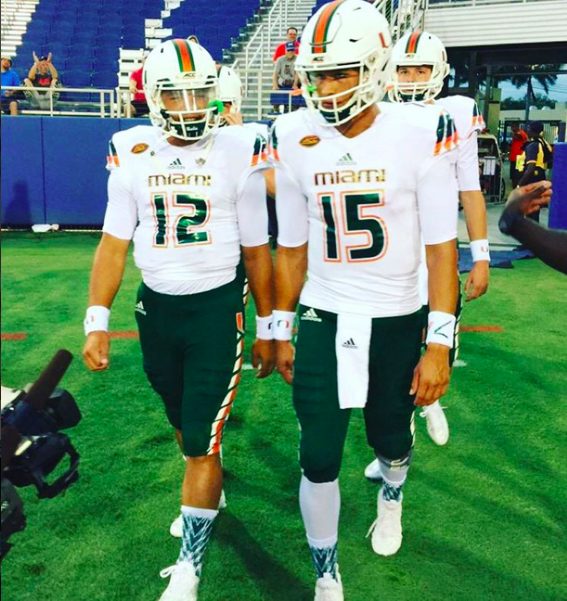 What do you think about former Hurricanes coach Al Golden being replaced?

I was sad because he is the one who recruited me. He came into my house, sat down with my mother and that is how I got here. If it weren’t for him I wouldn’t be playing for this team.  I understand why he needed to be replaced. Miami has such a rich history of winning and when it didn’t happen people went to the head coach for change. But personally I owe him so much.

Did you feel defensive when the fans criticized him?

Honestly we kind of blocked out their comments because at the end of the day no matter what they said, the game is not about the fans. Don’t get me wrong though, I do love when the fans come and I feel like they do make an impact, like last year during the FSU game I have never felt so much energy coming from the crowd, and it was great. 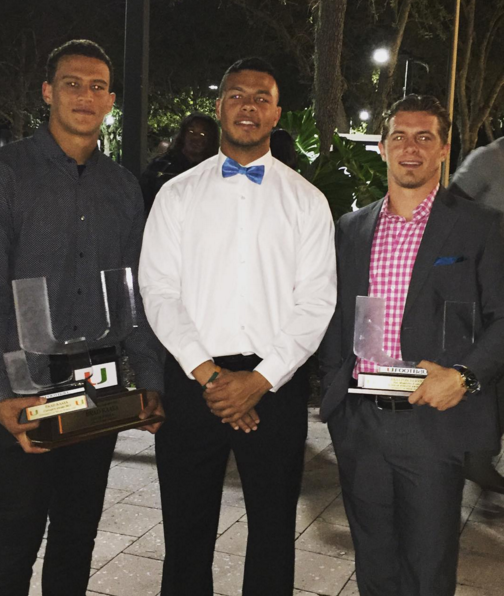 What do you think about the new Hurricanes coach Mark Richt?

I like him. He is very southern which is a good thing for me because I am from Alabama so I relate to him because of the accent. He is very self-spoken too, in a good way. He is very relaxed and chilled, and he doesn’t play games when he has something to say, he is pretty straightforward which I really appreciate.

Describe your relationships with your teammates in one word. 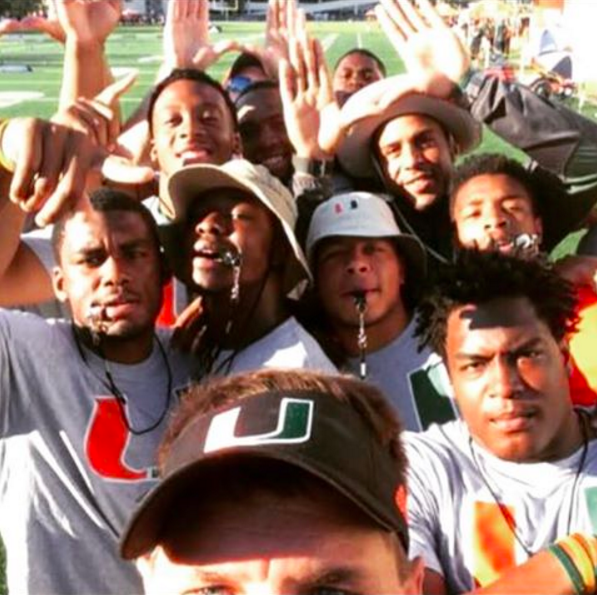 What is the first thing the team does when you win a game?

We start dancing in the locker room.  Honestly we have such tiring and long weeks that when we win a game there is just no better feeling. Dancing to a win kind of evacuates all that pressure.

If you had to choose another sport?

If you were stranded on a deserted island, what would be the one object you would want to have with you? 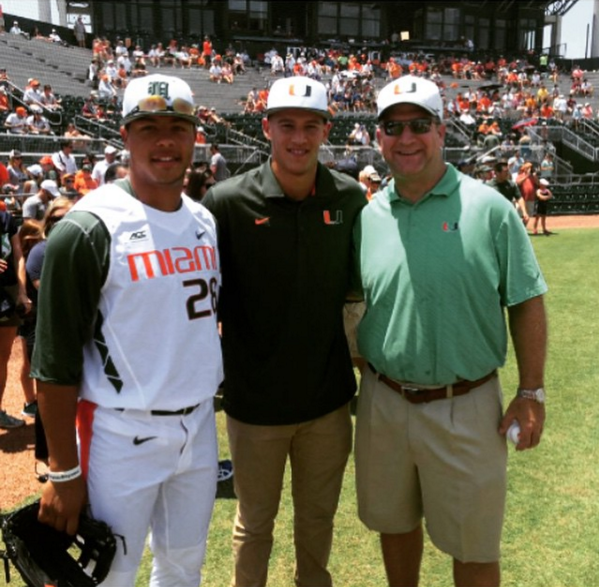 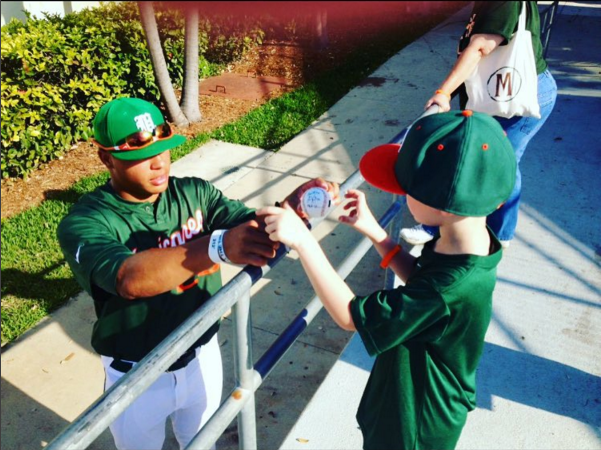 What restaurant in Miami would you recommend?

Boteco. It’s a Brazilian steakhouse that is so good.

What are you studying at Miami?

I double major in International Finance and Marketing and double minor in Sports Psychology and Communications.

Are you close to your family?

I am very close to my family, I have four sisters and one brother. I try to keep in touch with them every day but they all play sports too so its hard because we are all very busy and have different schedules. I talk to my parents everyday too. Even though they are split up, I split holidays to see them both. 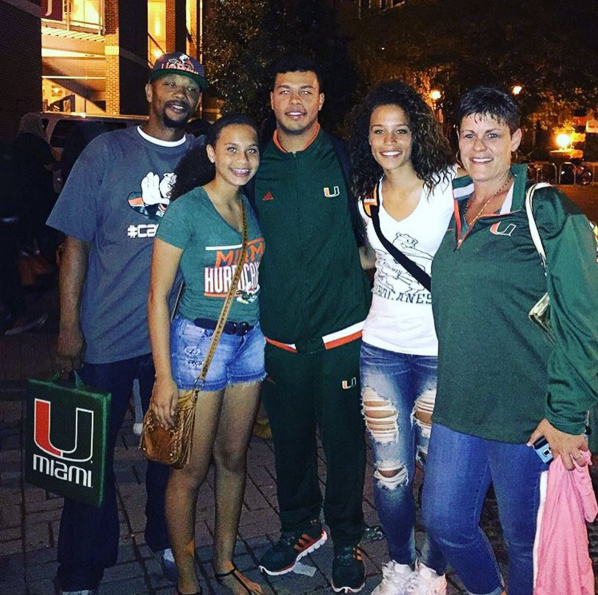 What do you find attractive to a girl?

Her smile and her eyes.

What do you like the most in a girl’s personality?

She needs to make me laugh.  That’s important. The more you laugh the closer you come with somebody.

If you had a time machine, where would you choose to go?

I would go back to witness when Jesus walked on water.