Just two days after the inauguration and immediately following the historic Women’s March, a flyer for white nationalist group American Vanguard was found stuck to Du Bois Library around 9am.

No police involvement has been reported, though some students have already commented on this incident in connection with the presidential inauguration.

“I think this encourages hateful behavior. Instead of uniting our society, this will further divide it,” said Simran Contractor, a sophomore.

The website advertised touts the headline “America is Under Attack,” followed by:

“We hear it every day: ‘Whiteness’ is evil, and must be destroyed. Our religion, our traditions, and our identity are dragged through the mud by the globalist establishment while millions of nonwhites flood our nation every year.

If current trends continue, White Americans will be a minority by 2044. It’s time to take a stand.” 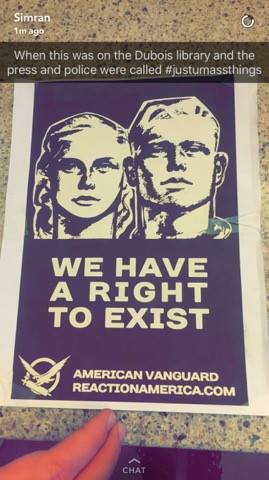 While the group is advertised as simply a pro-white organization, they also sell anti-muslim posters and merchandise, including one poster of the twin towers with the headline “Imagine a muslim-free America”.
And, of course, my favorite: 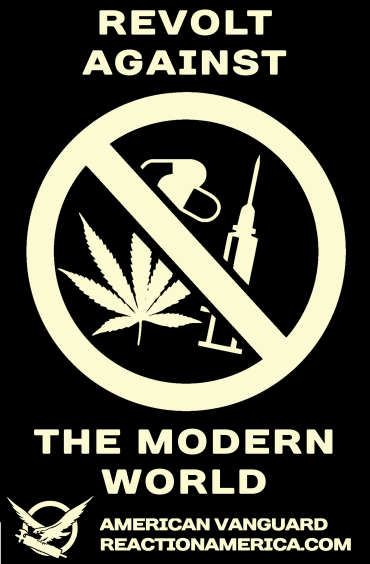 Let’s hope one act of idiocy doesn’t set the tone for the new semester.
Share on Facebook
More
UMass Amherst