Early Tuesday morning, a poster with racist and anti-Semitic remarks was found outside Kirkbride Hall at the University of Delaware. This comes just days before the school's administration was set to hold an open forum for the opening of a multicultural center on campus.

The sign depicts two hands illustrated to represent Jews (Star of David) and communists (Hammer and Sickle) taking over America, with "Defend your nation" scrawled on the map. The poster also directed students to the website "bloodandsoil." 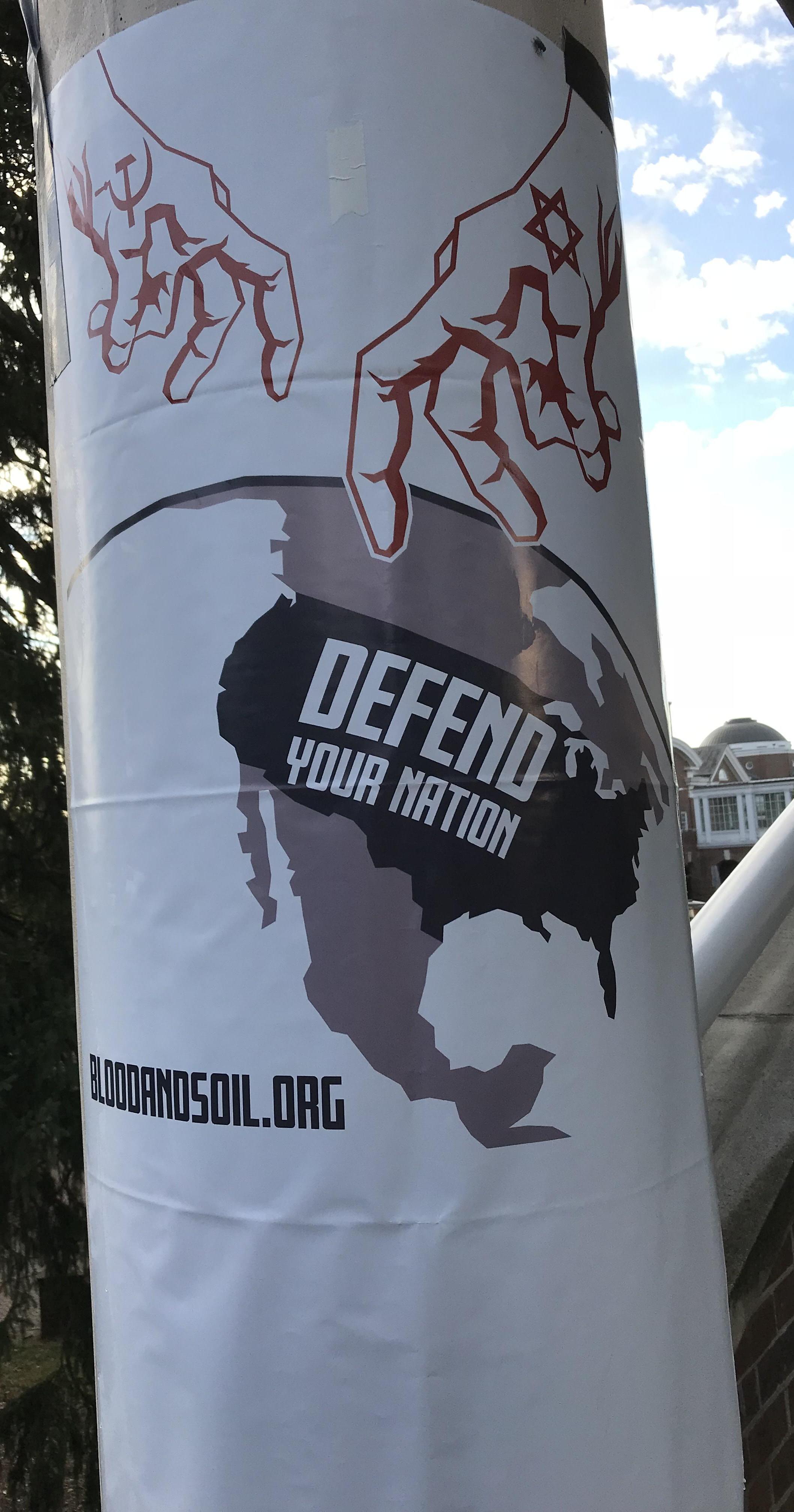 The URL referenced in the photo was not a real website, but the reference is clear. “Blood and soil” was a slogan popularized in Nazi Germany, meaning that ethnicity is based solely on blood descent and the territory one maintains. This phrase has been once again popularized by the alt-right, white supremacists, and neo-Nazis, many of whom chanted it in their Charlottesville rally.

A UD junior who spotted the poster called the The Department of Student Life, who said they will look further into it.

While the Supreme Court ruled in the 1954 case of Brown vs. Board of Education against separate but equal schooling, Delaware schools remained largely segregated until 1967. The University of Delaware is still a largely white campus. According to Fall 2016 enrollment statistics, over 72% of undergraduate students were white.

The exact motivations of the poster is unclear, but hate crimes have been on the rise since the election of Donald Trump. The poster is indicative of a divide in our nation as well as on campus, a timely issue as Joe Biden and John Kasich will be appearing on campus early next week to discuss how we as college students can heal this divide.