An Environmental Studies lecture was interrupted by a disruptive male in his early-20s, causing students to evacuate the premises.

Students left Campbell Hall after it became apparent that the man had left a large black backpack in the auditorium.

During Professor Graves’ “‘Introduction to Social and Cultural Environments” class, an unidentified man walked onto stage and aggressively confronted the professor.

He was then ushered to the back of Campbell Hall.

According to reports, the man then shouted, “Remember when you called me a socialist?”, before continuing to talk to himself and those around him. 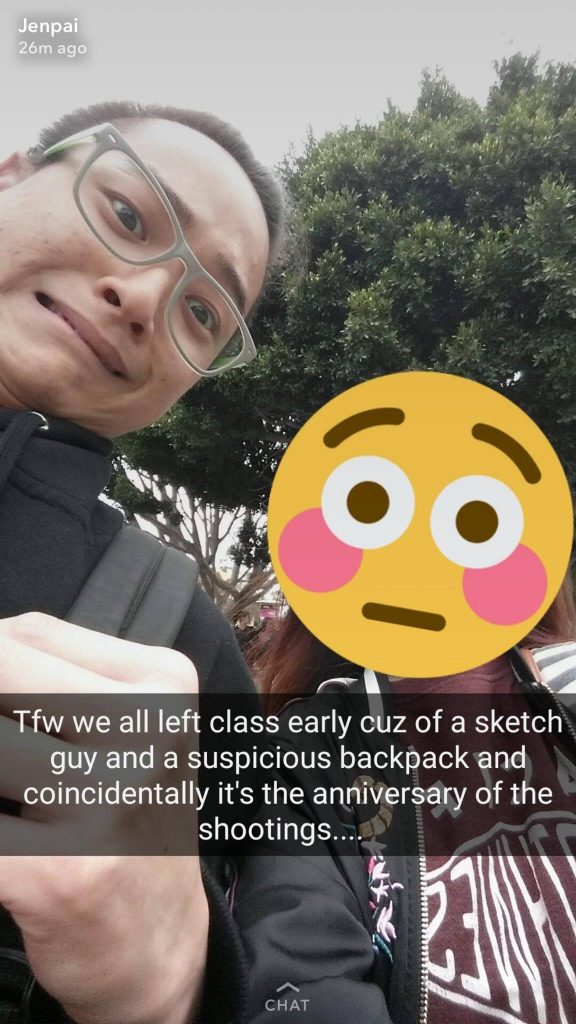 After a few minutes of disruption, the man left the auditorium at his own accord.

Professor Graves attempted to calm the situation but a student pointing out that a backpack had been left behind prompted students to evacuate en masse.

Terrible day at ucsb turned terrifying, much love to everyone else in Campbell Hall and stay safe in Isla Vista today

The Department for Environmental Studies were contacted for comment on the scare. They were unavailable at this moment for an official statement, but told The Tab:

“We are aware of what happened and, yes, students did leave the class.”

This is a developing story.