‘I practically choked on my coffee’

We all heard about the Stranger Things 2 premiere in Westwood, but how many students knew about the after party held on campus near the sunken gardens?

Just before Dodd Hall, there was a mini recreation of the show's town of Hawkins, with a pumpkin patch and fun decorations. Many students walked past the display after class, not realizing what it was actually for due to tarps covering many of the signs. Later that evening, the staff took down the tarps revealing signs that read "Netflix" displayed on some haystacks. 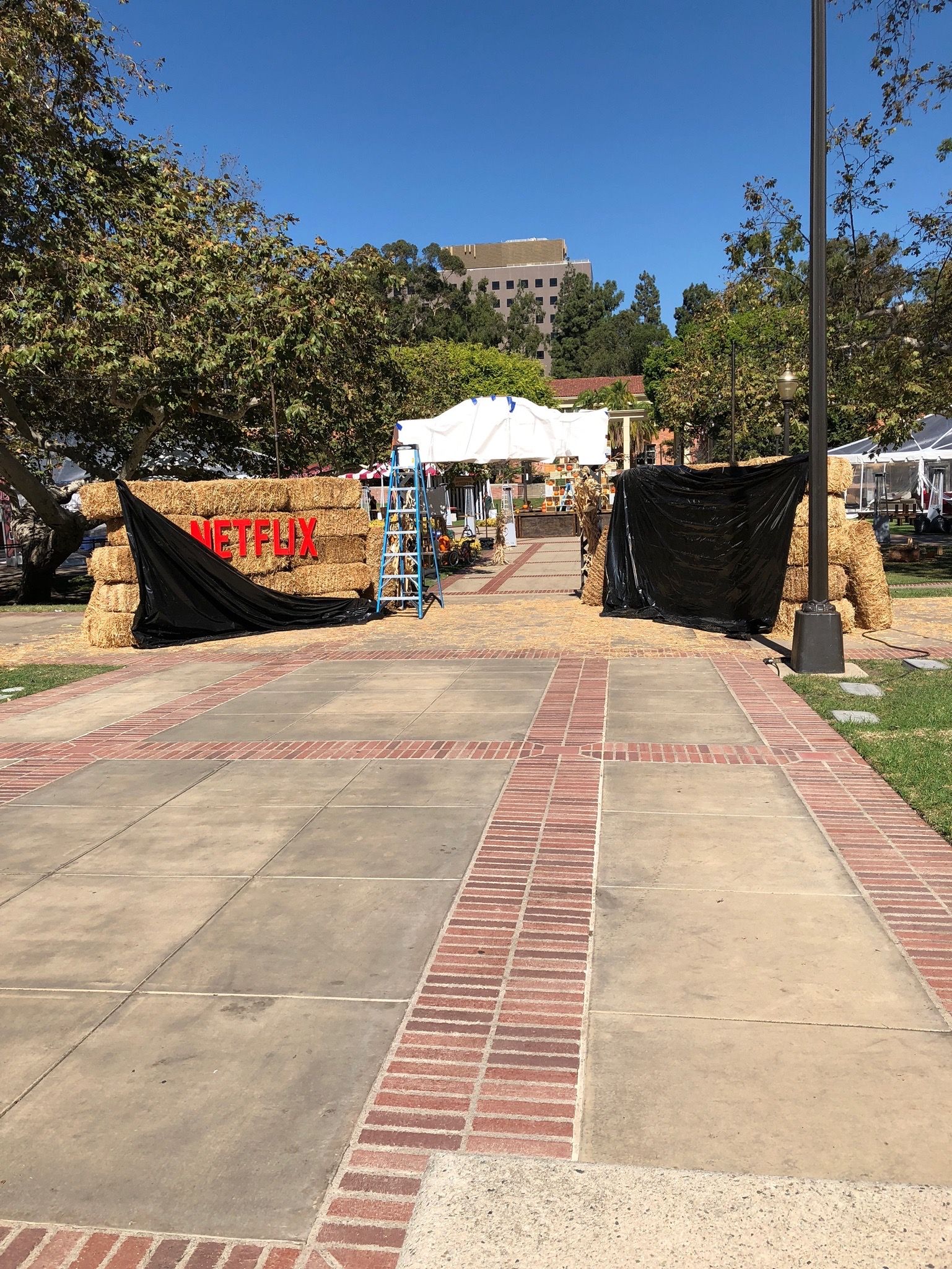 The sunken gardens the day before the after party.

UCLA first-year Adriana Santorelli didn't connect the dots until after the premiere. After the premiere at about 11:30 pm this past Thursday, Adriana told The Tab about her experience at the after party. She decided to go check out the scene on campus all by herself.

"I stood outside the gate on the sidewalk for about 30 minutes taking photos…I asked security if I could go inside," said Adriana.

That didn't work out too well, but soon after a woman working the event saw Adriana scoping the scene. "She asked me if I was a fan of the show," said Adriana. When she said yes, the woman kindly gave Adriana an extra wristband saying she'd hate for it to go to waste.

"The campus was unrecognizable. It was transformed into a 1984 fair with carnival games, music, and food and I was convinced that I actually step foot into Hawkins," said Adriana.

Everyone was dressed in extremely formal black and grey attire, and she had the "pleasure of drawing everyone's attention" as she "waded through the crowds, terribly under dressed." Yet her denim on denim getup did not take away from the unforgettable sight she was about to witness. 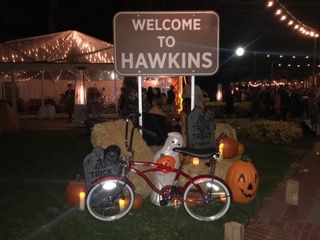 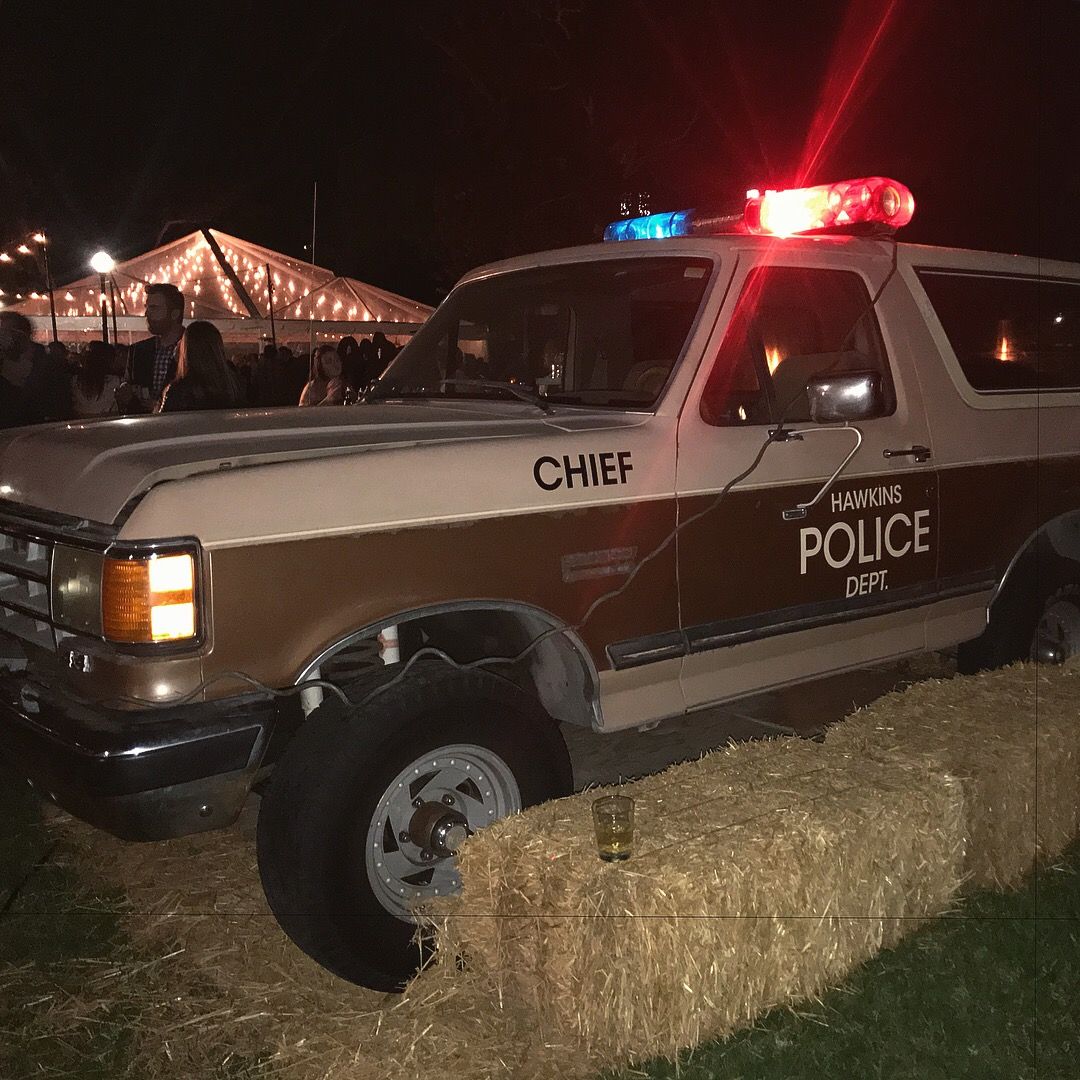 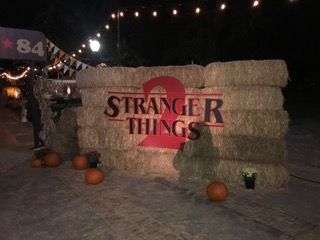 "As I made my way through the tent, the entire cast appeared right before my eyes sitting on a long couch side by side. I practically choked on my coffee," Adriana said.

Yup. Let the jealousy sink in for a moment. She even smiled and made eye contact with the adorable Gaten Matarazzo, who plays the character of Dustin in the series. 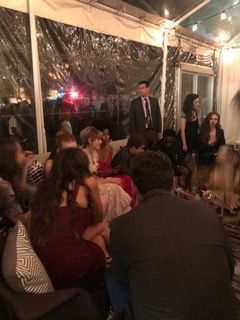 Of course there is nothing like seeing the cast members from your favorite TV show in real life, but as Adriana said, it also "strips away a small bit of one's imagination" when thinking about the characters themselves. Adriana admits that seeing Winona Ryder was amazing, but it altered her view of the character she portrays, Joyce Byers. 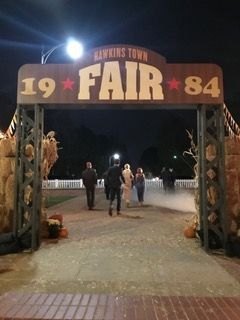 Despite this realization, Adriana says her all time favorite moment of the night was making longing eye contact with her favorite actor in the show, Joe Keery.