Campus preacher comes to UCI and gets roasted into oblivion

Students roasted his life away

A campus preacher carrying a hateful sign was roasted into another dimension yesterday.

UCI was graced with the presence of a so-called preacher – except students were having none of his “HOMO SEX IS SIN” sign and so, in the words of another student, proceeded to “roast his life away.”

What followed was a roasting so brutal that it is inappropriate for younger viewers:

Yesterday an anti-gay preacher came to campus, and UCI came together to roast the life out of him

The preacher, who had “this is what a patriarch looks like” on one side of his shirt and “women belong in the kitchen” on the other, pointed to a two students pretending to be couple and said: “They stick their penis in each other’s anus.”

Laughing, they respond: “You’re damn right! He knows it! He got the sneak peak.”

Folake Aina, the UCI student who filmed this total savaging added the preacher was telling the crowd around things like: “Muslims are rapists, homos belong in hell and a woman is a whore if she isn’t a virgin.” 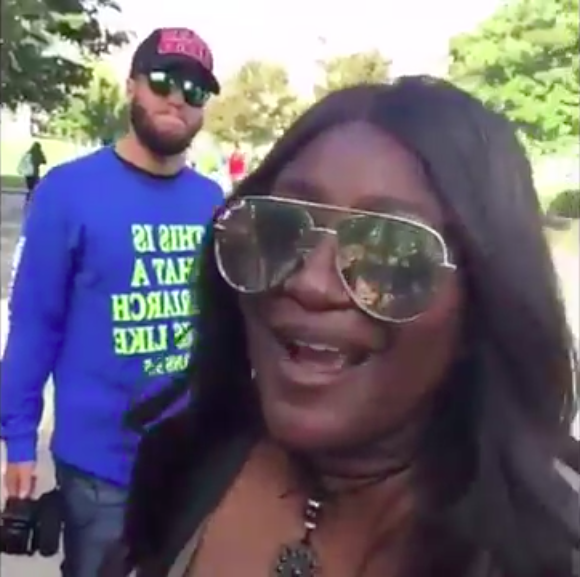 While students wondered “what the fuck are you doing?” he asked UCI to not judge him. But as  Folake Aina pointed out: “Mind you the back of this man’s shirt read ‘women belong in the kitchen.'”

But they discovered the best way to argue was to dance the homophobia away. One student dropped down and twerked and backed up, leaving the preacher dumbfounded.

Finally with a coup de grace, a student claimed: “He looks like a raw piece of chicken breast.” Another added: “His lips look like tilapia.”