‘His brief appearance is probably nothing more than a sheer coincidence’

In September 2015, Martin became the “most hated man in America” after Turing drastically raised the prices of its drug Daraprim. Later, in December 2015, he was arrested by the FBI for federal charges of securities fraud.

After his presence became known, the meme page instantly populated with posts like “Martin Shkreli increased the price of Daraprim by over 5000%. Comment ‘Welcome, Martin’ to raise your grades by over 5000%.”

Albert Castro told The Tab “his brief appearance is probably nothing more than a sheer coincidence.”

“My guess is that he saw a ‘recommended page’ and thought it would be funny  to troll some college kids, especially after his Webster Hall show had ben cancelled by some of those ‘darn snowflake SJWs’.” 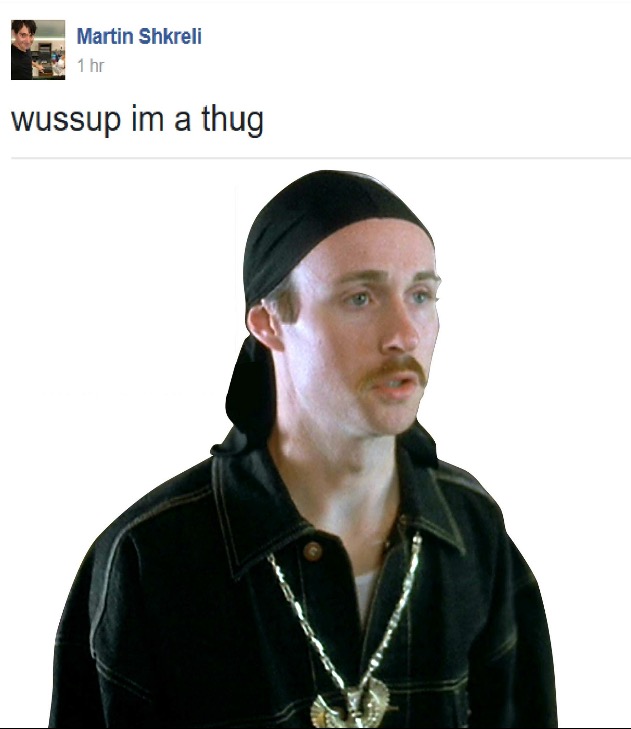 Martin posted memes to the page himself but also got roasted by its members. 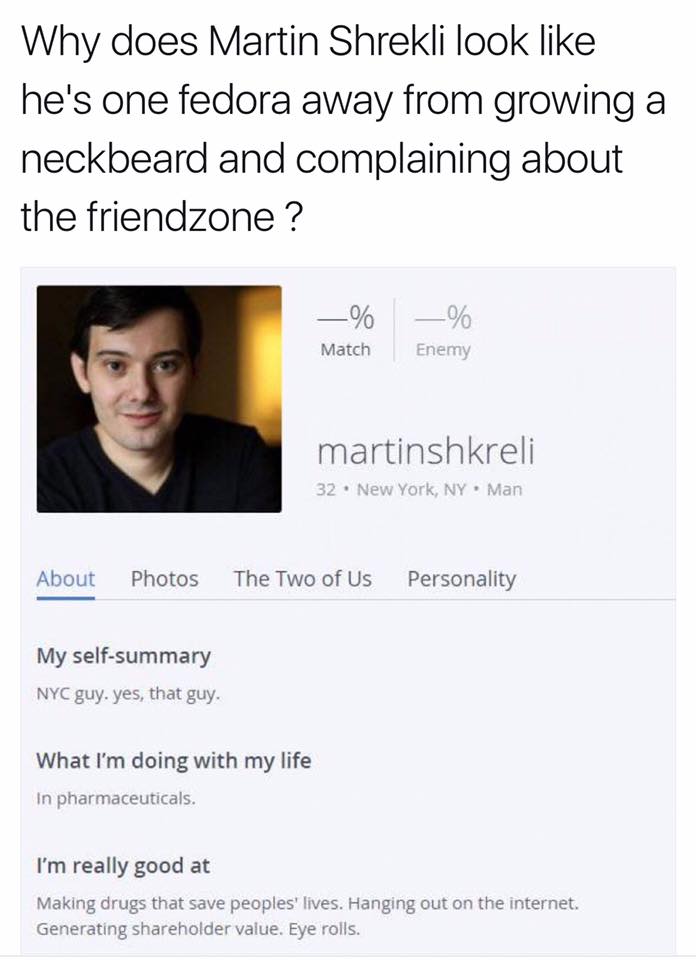 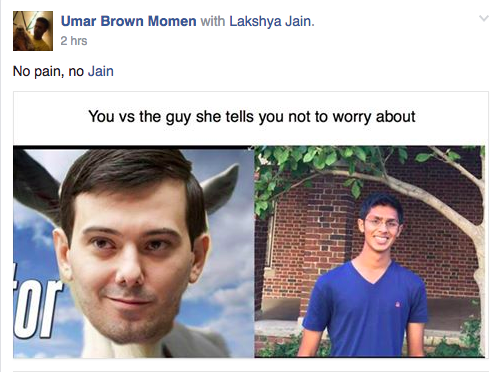 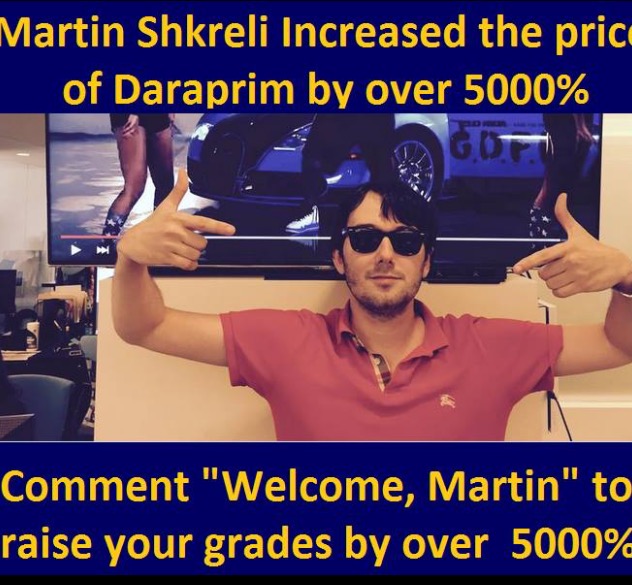 Sadly, at approximately 1:00 p.m. today, the new guest and star of the meme page left, leaving admin of the page Albert Castro no choice but to rename the page “RIP in piece Martin Shrkeli (1983-2017)”.