This past week Kappa Alpha fraternity placed a wall of sandbags around their house as part of their annual fraternity tradition.

A member of the fraternity then defaced the wall, writing “Make America Great Again” on it.

Update: Kappa Alpha chapter at Tulane responded to today’s events with the following statement: “Our chapter takes KA’s values of gentlemanly conduct very seriously. This respect extends to every student of Tulane and every member of the broader community. A comment was written on a makeshift wall on our private property, normally used for a game of capture the flag, to mock the ideologies of a political candidate. This had a unintended negative effect and as such it has been dismantled.”

This afternoon the Tulane football team was seen taking down the sand bags from the barrier the fraternity created, while members of Kappa Alpha members yelled at them.

When asked about the events Stephen Samolsky, a junior in Greek life told The Tab: “Indirect connotations are not equivalent to direct xenophobia and racism. I don’t agree with the actions, but I agree with their right to write the name of a presidential candidate.”

Freshman Khristyan Anthonee Trejo described his take on “The Wall”: “When I saw the photo that said ‘Trump,’ I didn’t really react until I understand what the wall was a symbol for.

“Having family who are immigrants, I was torn apart. It hurts and makes me sick that we have students who do not care about racism so much that they try to defend it. This event pushed me not to stay quiet about racism on campus anymore.

“Latinos at Tulane matter, and we aren’t going anywhere.” 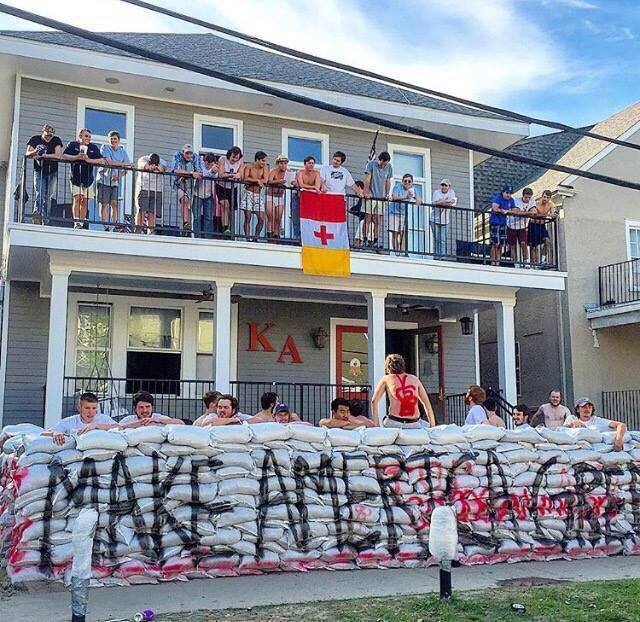 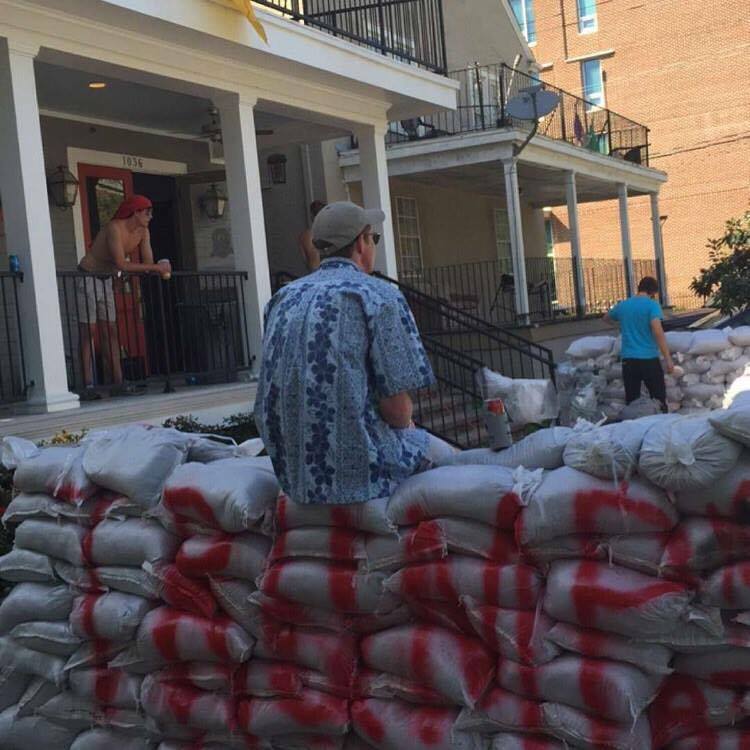 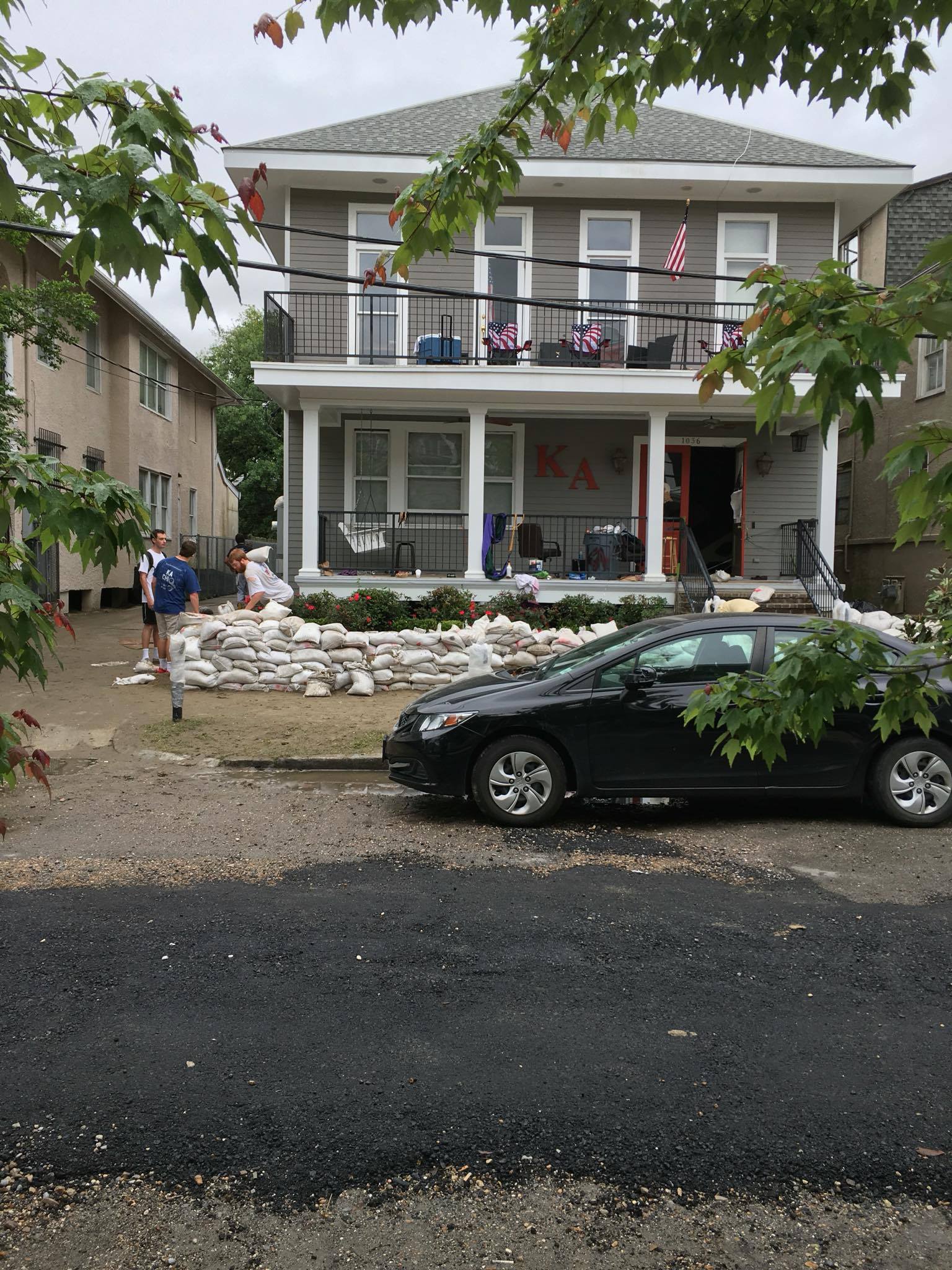 Students have been reacting to the events on social media platforms including Facebook: 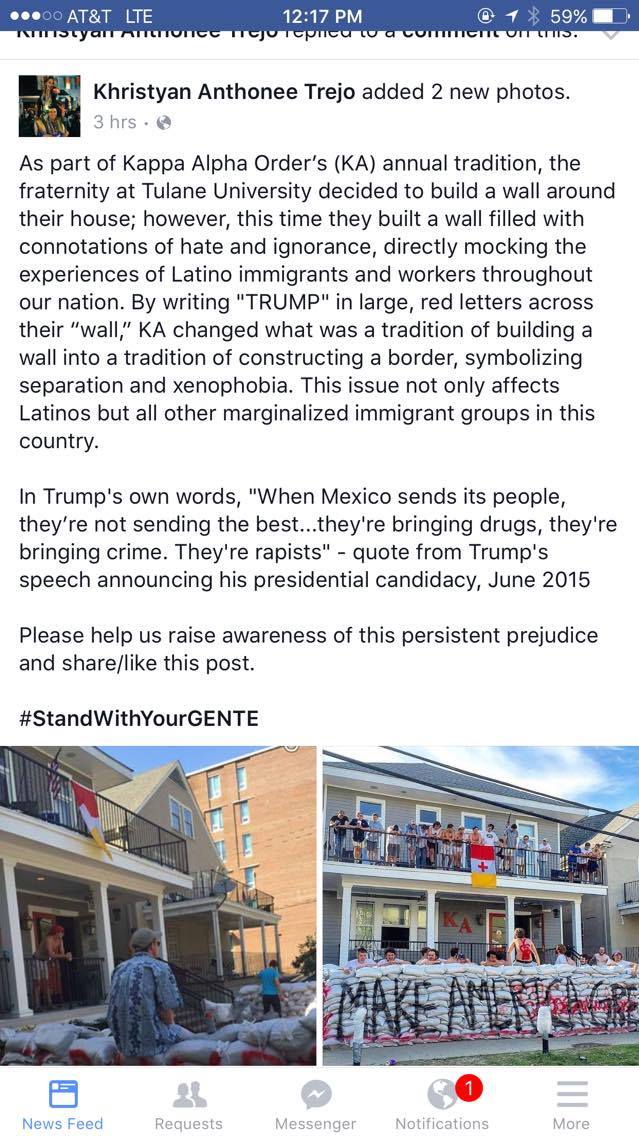