Beth McNamee is a freshman neuroscience major and a passionate Eagles fan who had every Temple student jealous after the Eagles won against the Vikings.

She was lucky to attend the NFC Championship where the Eagles secured their Super Bowl LII spot, but what happened after the game caught the attention of everyone.

Beth's professor, a fellow Eagles fan, gave her an excused absence for class the following Monday morning after she sent him an email explaining why she wouldn't be in class.

The email she sent said:

So I don't really have any 'proper' documentation as to why I won't be in class today, but I hope the reasoning counts for something. Go birds! See you Wednesday. Beth McNamee, section 17"

I hope this message finds you well.

No worries! Thanks for sending documentation. Normally I would not count this as an excused absence, but I will make an exception. Go birds!

Have a great day! See you on Wednesday.

Temple University: where everyone just gets it pic.twitter.com/5aN316aUBS

The story of Beth and her sympathetic professor hit Twitter and automatically blew up.

Students across Temple and Philadelphia were instantaneously envious.

I love Prof. DeLise! He told us about this in class lol https://t.co/45lLtRVE21

Beth was just as surprised about her professor's eager response as the rest of us.

Beth, who hails from South Jersey, grew up in an Eagles family and has been a fan of the team since she was born.

The game to Beth and to any Eagles fan, was a dream come true.

Beth explains, "The game was absolutely insane. To see so many people hug and scream and sing together was so nice, it was such an awesome experience. After the game, I came back to Temple and got to celebrate with my friends, too. We ran through the streets screaming and high-fiving everyone in sight." 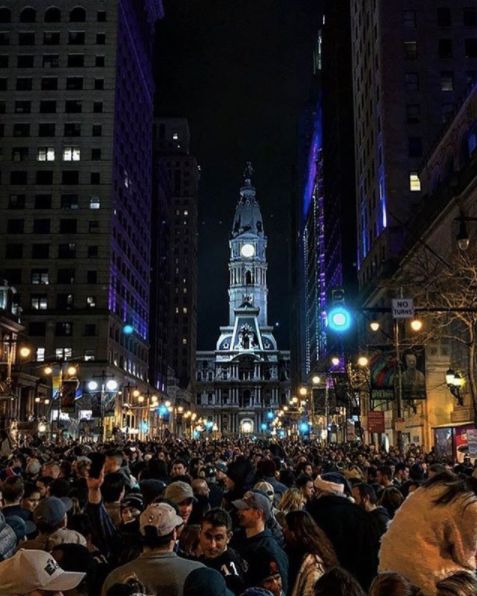 As for her Super Bowl predictions, Beth says "I have the Eagles winning the Super Bowl all the way. No way Brady is taking us down again!"

Beth and every Eagles fan can agree that it’s an exciting time to be in Philadelphia during these historic moments.

"I can't think of a better place to be at during this exciting time and I can’t wait to see how our school will react when we win!!" Beth said.

The Eagles will be playing the Patriots on February 4th at the U.S. Bank Stadium Minneapolis at 6:30p.m.

Make sure to tune in and root for the Birds!