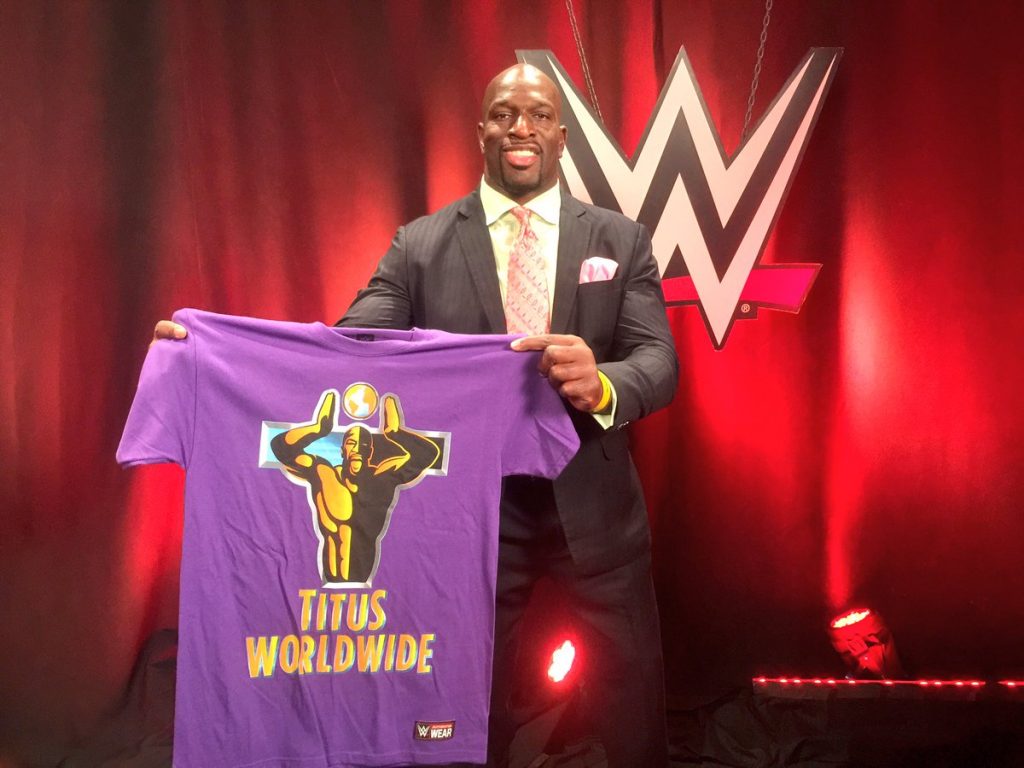 With only a few weeks away before the fall semester begins at Temple, O’Neil stopped by to celebrate the start of Temple Football’s fall practice.

O’Neil tweeted a picture of himself and Geoff Collins on Tuesday saying, “Thanks 2my man @Temple_FB Head Coach @CoachCollins for bringing me in to speak to the Team today to kickoff The season. ”

He then gave a shoutout to his own college football team, the University of Florida’s Gators, by adding the hashtag #GoGators.

Thanks 2my man @Temple_FB Head Coach @CoachCollins for bringing me in to speak to the Team today to kickoff The season. But.. @UF #GoGators pic.twitter.com/Lp5NTywEeJ

S/O to @TitusONeilWWE for the powerful message he delivered to the team today! #AllLove ✊?? pic.twitter.com/LLnwQOcJM6

Not only did O’Neil speak to the team, but he was also directly on the field motivating the players during practice, since according to OwlSports.com, the wrestler “made his way from drill to drill shouting encouragement.”

He then tweeted, “Thanks for having me there. I’ll see you guys in September.”

Thanks for having me there. I'll see you guys in September ? https://t.co/2MWLuYkdnl

Temple University’s first game of the season will be on Saturday, September 2nd against the University of Notre Dame.