Is it actually cheaper to live on or off campus? An investigation

If you’ve never had the conversation of which is cheaper — on or off campus housing – you’re probably not really a student at Temple. It’s a question we’ve all wondered at one point or another.

We can debate the safety of off campus housing for hours (I personally have had no issues), but, despite that, its time we determined if it’s actually cheaper to live to off campus versus on. We’ve compared the prices of on campus housing vs. off, including meal plans, electric and water bills before financial aid. 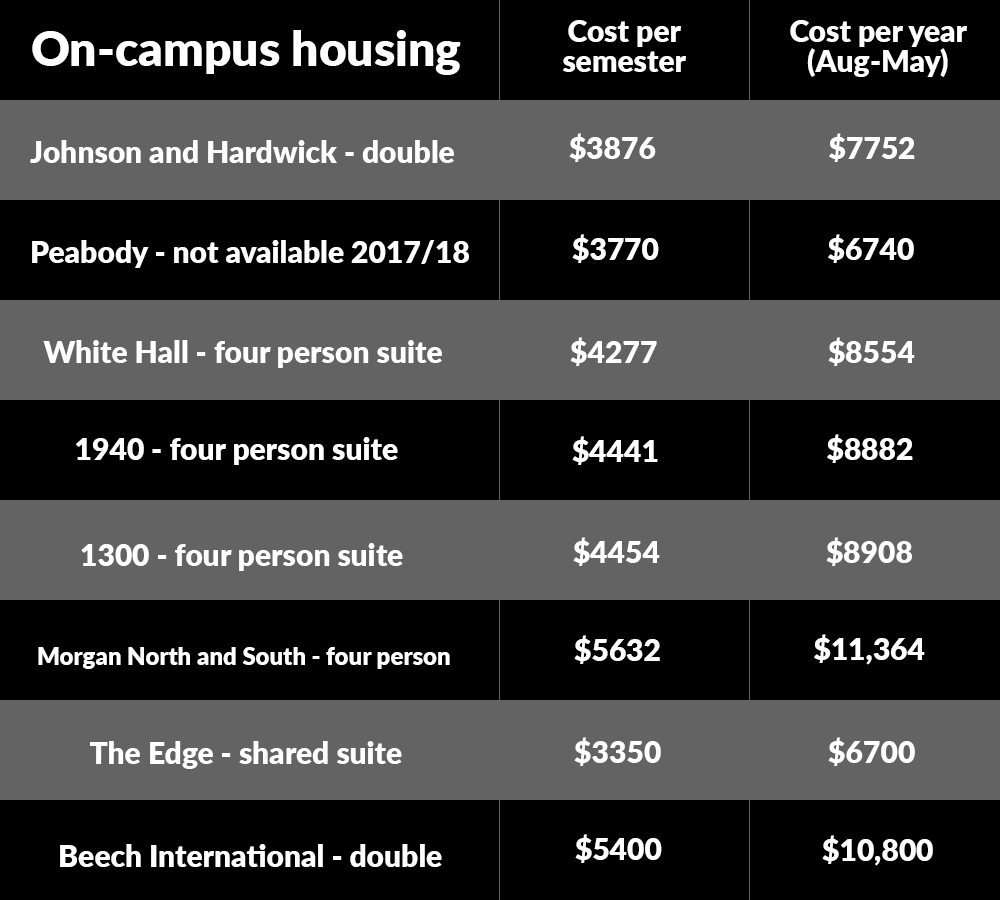 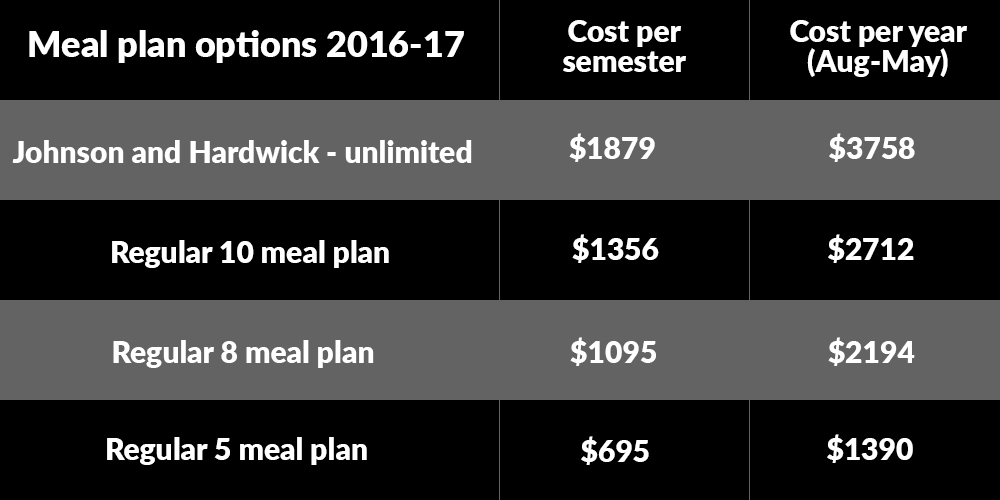 Assuming the student chooses the Regular 10 Meal Plan, the total cost per year is as follows: 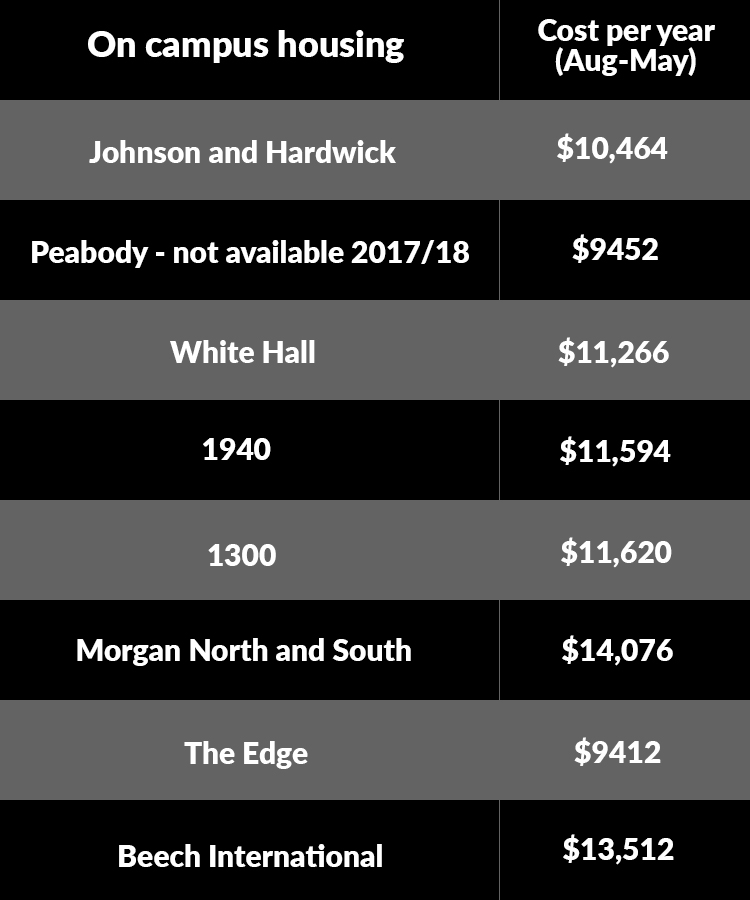 We asked current students living off campus what they are paying, including rent, bills and food. Leases also extend a full 12 months compared to the average nine months on campus. 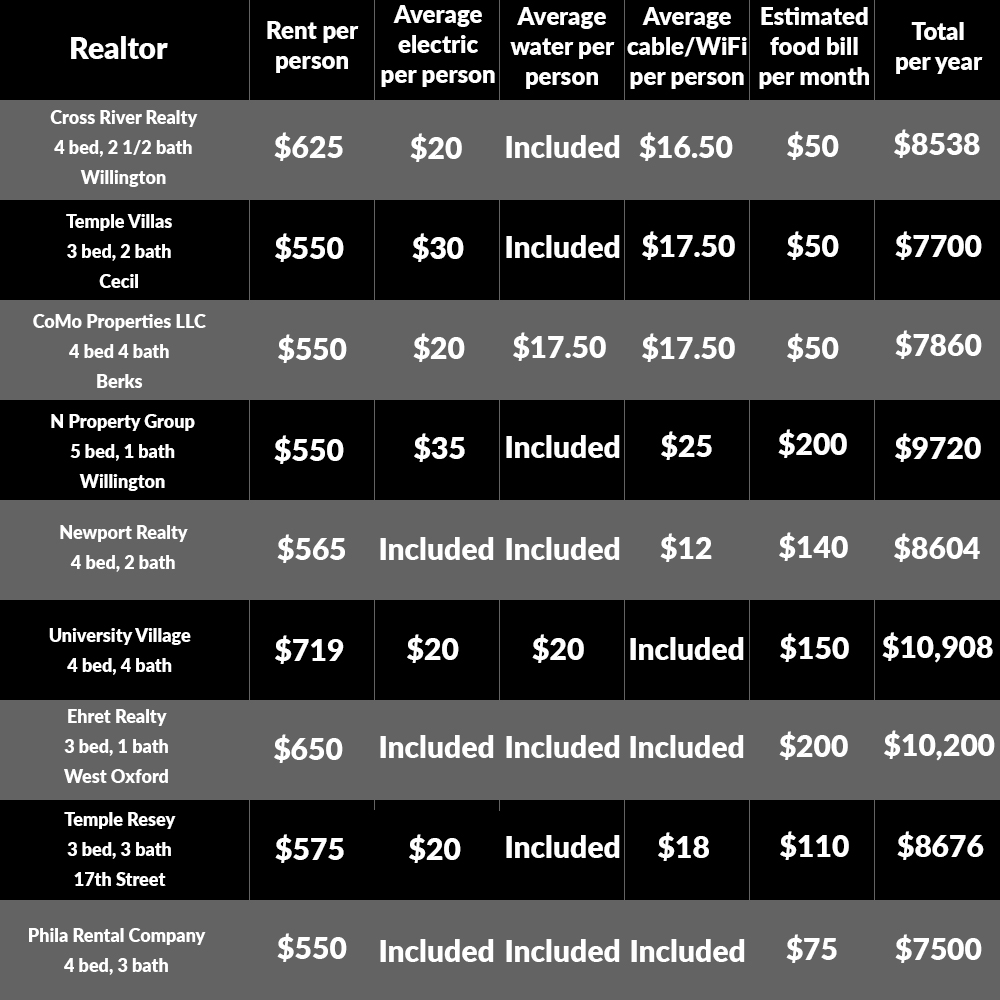 Junior nursing student, Veronica Bogdanski spent her freshman year making small talk with the security guards and waking up to 3am fire alarms while living in her cozy, shared dorm room located in Johnson Hall.

While Veronica loved (almost) every minute of living in J&H, she decided to take the chance and move off campus for her sophomore year.

“Living off campus, even with food and utilities involved, ends up making more sense when you compare prices. It really ended up being a lot cheaper.”

Most off campus housing options allow students to have their own bedroom, when comparing the prices to an individual room on campus ($8,756 in J&H, one of the cheapest housing options already which only includes housing) compared to off campus where you can get your own room, bills and food included, for $1,000 less. The choice is simple.

Many students hesitate to move off campus because of safety. While we can’t forget that we are choosing to move into North Philadelphia, it comes down to being smart and responsible.

“For the most part, I don’t necessarily feel unsafe but their are times when I can get a little sketched out, especially when it’s dark out or when we hear about incidents of students getting beat up/mugged off campus. So in that sense, I get why some students would rather stay on campus,” according to Veronica.

Off campus often requires money to be available throughout the semester while on campus must be paid for in whole.