The stint’s over, ladies. It’s time to pack up our bags and head home, because some visiting preachers on campus today said it’s a sin if we’re college educated.

We had a good run, though. And we weren’t alone in being called out today. 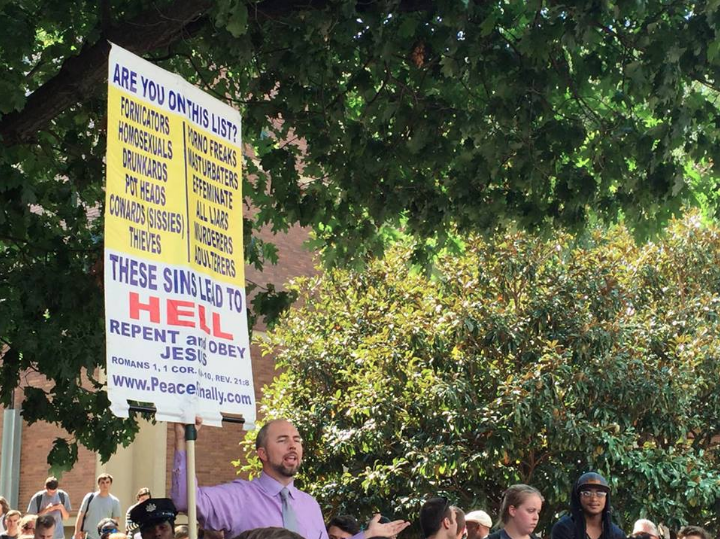 A guy holding a sign advertising an expired domain name (www.peacefinally.com is up for grabs) and listing a whole slew of sinners including masturbaters, sissies, homosexuals, pot heads, drunkards and the effeminate gathered an angry group of spectators outside Ritter Hall today. 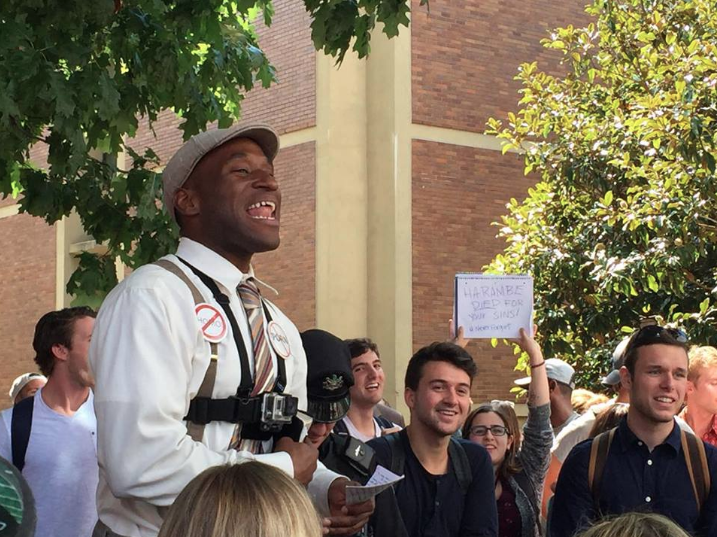 Some highlights of the spirited routine were five tips on how to identify a lesbian, some questionable facts about homosexuals and the verdict that Harambe didn’t go to heaven, which honestly might have riled up students the most.

As sophomore Temple student Justin Williams said, “He chose the wrong campus. He chose literally the most liberal school in Philadelphia besides University of the Arts.”

Many of the students engaged the preachers, shouting questions and insults at them, but Justin said he was more entertained than upset. 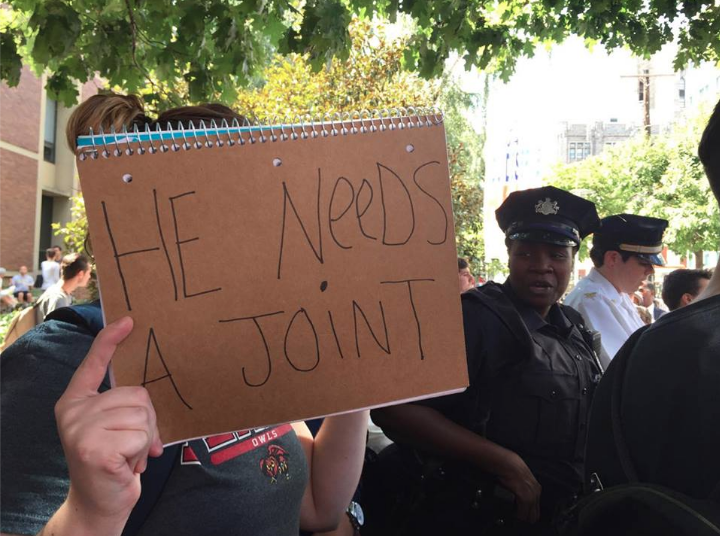 Most students watching did seem to be having fun with the spectacle, starting chants and holding makeshift signs saying, “He eats ass,” and “Harambe died for your sins.” They even had some police officers smiling.

The preachers did not take the interaction as lightheartedly, and they made the Bell Tower Preacher seem like a downright reasonable guy. At least he’s never called a student a “scorpion woman” who’s going to hell.

The whole event didn’t go unappreciated, however. Some promoters for Eastern State Penitentiary used the line: “Speaking of terrors, check out Eastern State’s Terror Behind the Walls” to offer coupons for the penitentiary’s Halloween event. 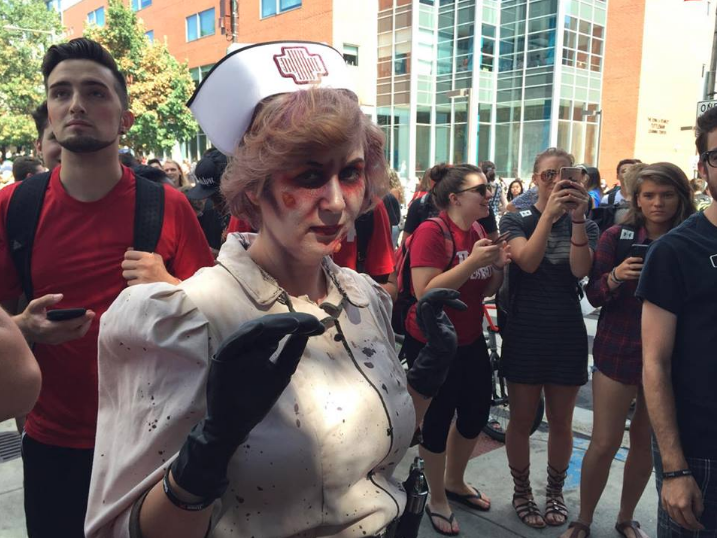