“That’s fine. I love debates,” Bernie said on MSNBC’s Morning Joe, suggesting Clinton’s perilously close lead over Sanders in the Iowa Caucus was the reason for her sudden eagerness to debate.

The debate will air on MSNBC at 9pm tonight and will be moderated by Rachel Maddow from MSNBC and Chuck Todd from NBC News.

To celebrate another opportunity to watch politicians go at it, we created the perfect drinking game for the debate. 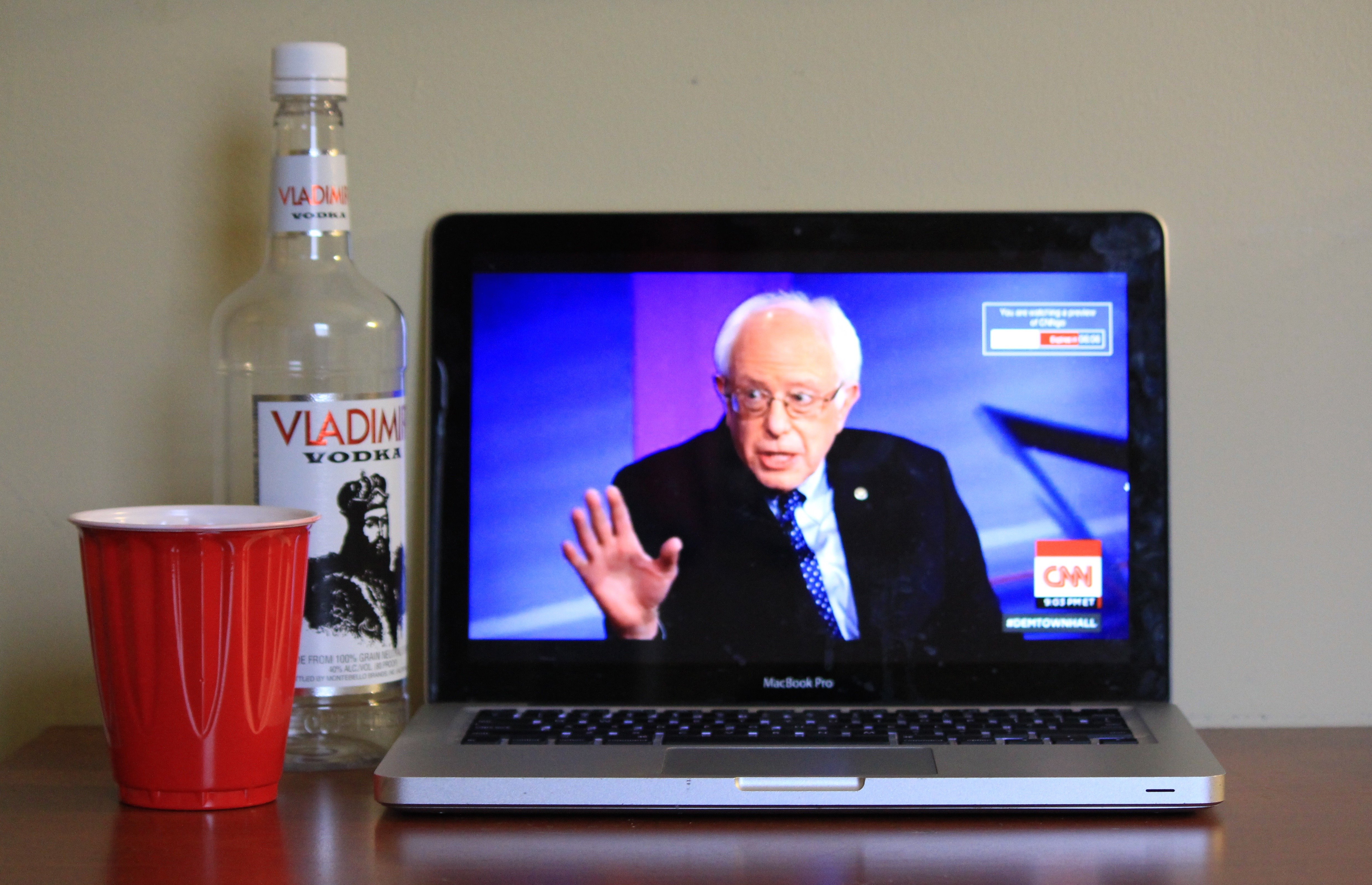 So turn on your TV, select some moderately priced alcohol suitable for everyday Americans, and in accordance with Sanders’ democratic socialist views, share it with some friends.

These are the rules: