For 24-year-old Brittany  Tucker, October 10 was just a regular day. She was going back to Lincoln Financial Field with her best friend Dana Sheely to join hundreds of other alumni at homecoming.

The two women got the chance of a lifetime, to watch the game up close and personal on the field, or so they thought. Kei Kawata, Brittany’s 27-year-old boyfriend, appeared behind the two girls on one knee and popped the question. 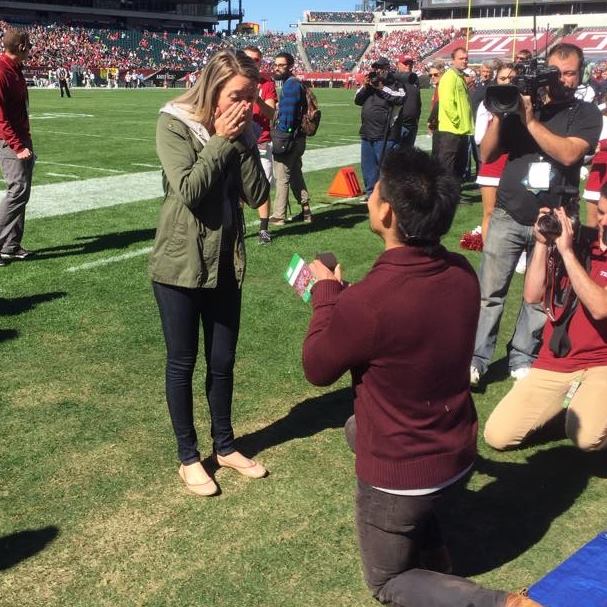 The newly engaged couple is both Temple Made and Temple Proud. They met through mutual friends during their time at Temple University. Brittany graduated from the College of Public Health with her Bachelor of Science in Therapeutic Recreation in 2015. Kei received his Masters in Kinesiology from Temple University in 2013 and is currently working towards his PhD in Neuroscience, doing research with Temple’s football team. 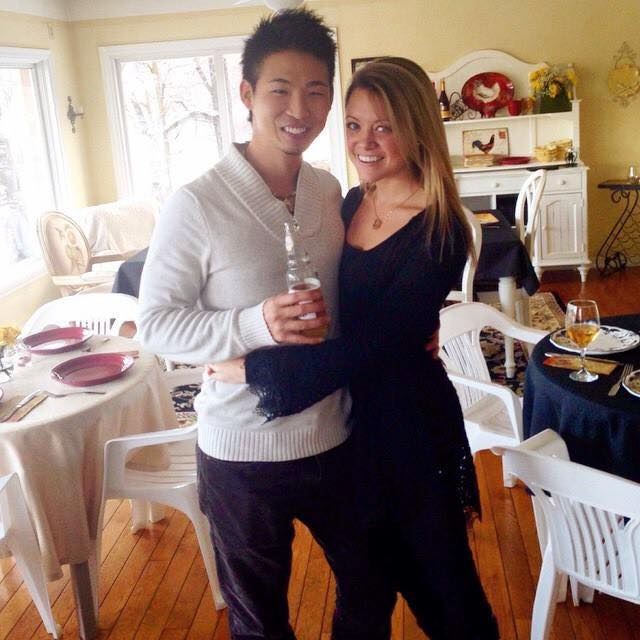 Kei did not want a normal proposal by any means. Temple football’s athletic trainer, Masahiro Hagi, helped to show Kei that he had prime accessibility to Temple football and told him that he was more than welcome to utilize the football program for his proposal. He wasn’t sure if he wanted to propose at the homecoming game against Tulane or on Halloween against Notre Dame.

“Homecoming was more meaningful for being Temple Made since we are the first people to do this kind of proposal,” Kei said.

As the plan evolved, the marketing team was brought in and Kei got to meet with the In-Game Host, Ray Smeriglio.

When asked about being a part of such a historic proposal, Ray said “It was absolutely phenomenal to be a part of a #TempleMade proposal. The surprise was electric!”

Kei also asked Brittany’s family for their permission and blessing to marry her the week before the game and asked if they wanted to be a part of their engagement. Since they said yes, Kei invited them to come out to the homecoming game.

“Between going to Brittany’s hometown and the game, Brittany’s mom and I were in close contact. We were so excited to see how surprised Brittany would be!” 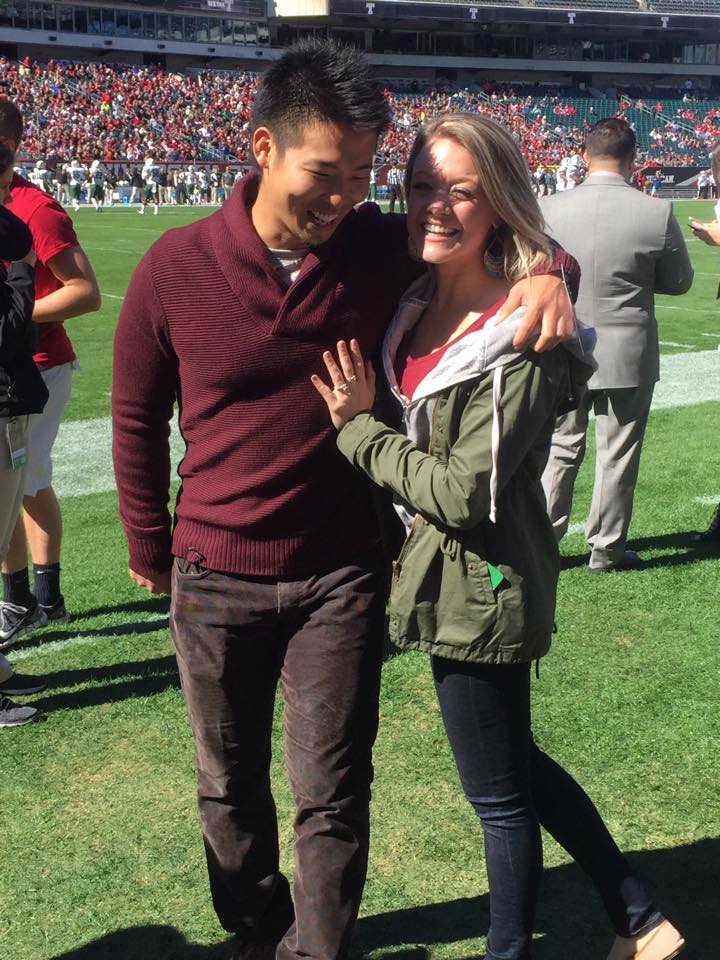 Brittany had absolutely no idea that he planned on proposing at the game. The couple plans on going to Japan later this year, and she thought he would propose before their trip or in Japan.

She was “very thankful” to have been able to have a proposal like this.

“To be honest, many girls fantasize about a big proposal and I never did.  So when it did happen, I was so taken back because this is out of the ordinary for Kei. For Kei to do something like this, I was shocked because Kei is very reserved and especially because of his Japanese culture, this is not something I thought that he would ever do.”

When asked about their engagement going viral, all Brittany could say was how exciting it was to be able to have everyone see how much Kei loves her.

“I am so grateful to have been given the opportunity to share my love with Kei through this video. It’s something that I can keep forever and show my kids someday and be like ‘this is how much your father loves me, can you believe it?’ It’s just really nice to have.”

Both Brittany and Kei want to thank Hagi and Dana for making the proposal perfect.

“Hagi gave me the idea and made it grow and Dana helped me make sure Brittany’s nails were done and just got her out to the game,” said Kei. “I could not have done it without them.”

The entire Temple community wishes Kei and Brittany a happy engagement and an even happier marriage.