Do you know anyone who loves the Philadelphia Eagles enough to get a full color tattoo of the team’s logo on their bicep?

Matt Giampa, 23, president of ATO fraternity and Sport and Recreation major at Temple, got himself tatted as soon as he turned 18. This wasn’t a spur-of-the-moment decision. He had wanted the tattoo of his favorite professional football team since he was a freshman in high school. 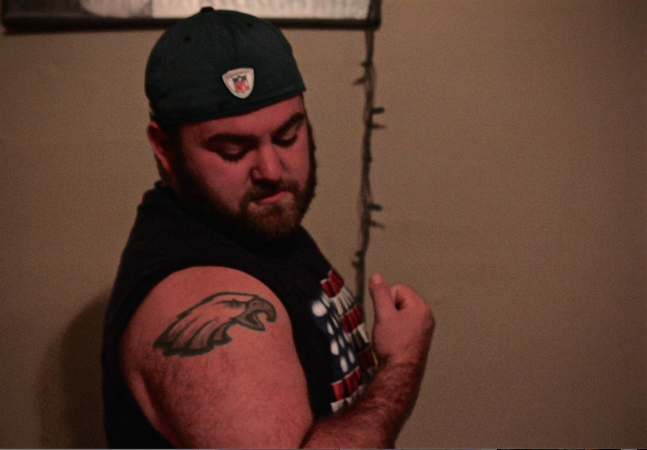 Giampa proudly displays his only tattoo

“She said if I got that tattoo I could go live with my dad. So I went and lived with my dad.”

Like most people’s first tattoos, Giampa’s is representative of him,  seeing as he spends most of his time following football. One might even call it sentimental. 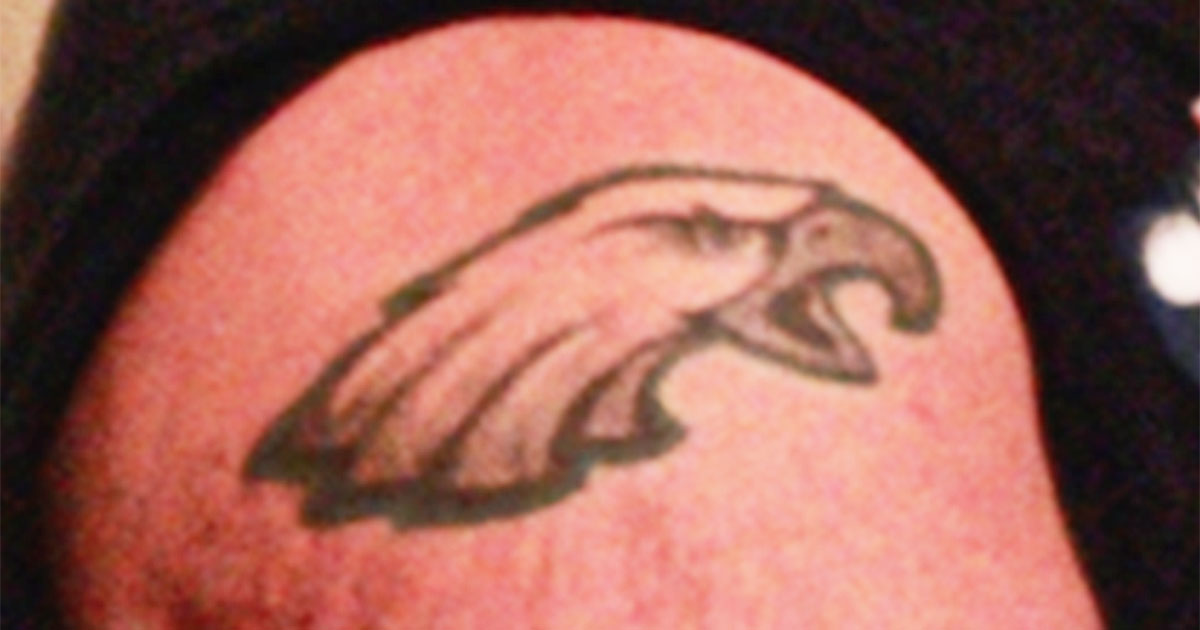 “Saturdays and Sundays are just for football,” he says. He keeps up with college and professional football teams, plays fantasy football, interns with Temple’s football team, and when he graduates, he wants to coach college football.

He played D2 football for East Stroudsburg University for about a month, and he was a captain on his high school football team his junior and senior years. Although Collegeville, his hometown, is only a few hours from Philadelphia, he says he’s the only real Eagles fan in his family.

His tattoo isn’t all that he has to show off his pride in his team. He has shirts, hats, blankets, a flag hanging on the wall of his room, and he even has a snuggie. 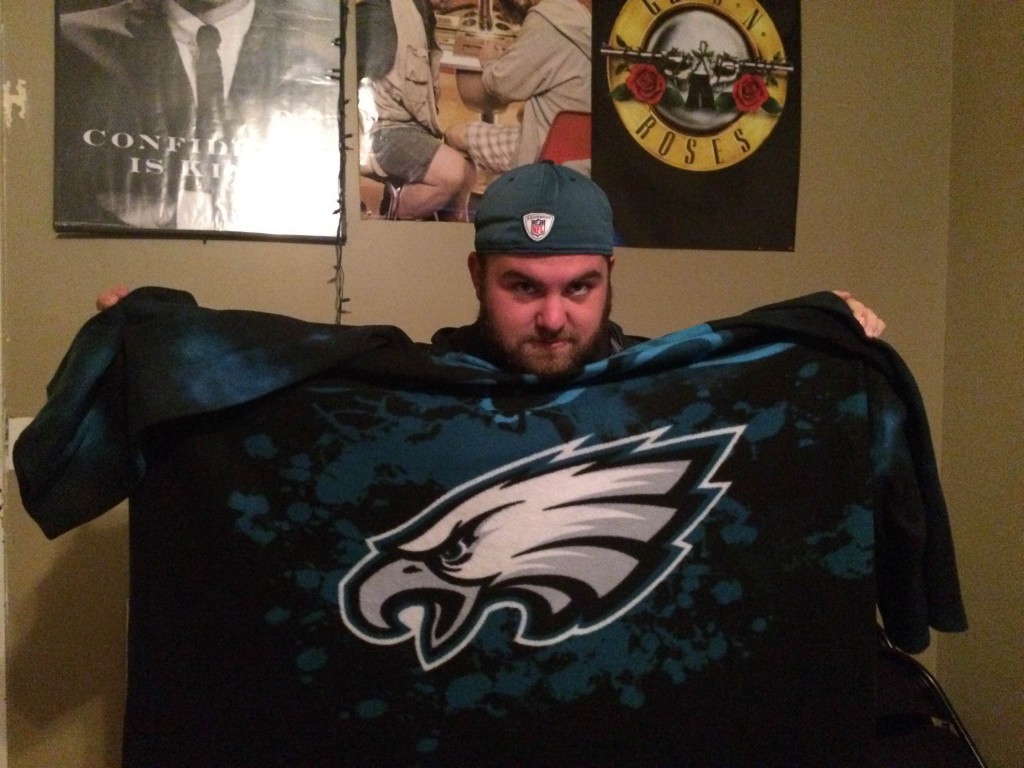 Yes, he even has an Eagles snuggie

He says eventually he will probably get another tattoo, but highly doubts it will be another team’s logo. Apparently the Eagles alone hold that honor. Even if he coaches for a college football team, he doubts he’ll get their logo tattooed.

“Coaches bounce around way too often. What if I got a tattoo and then the next day I get axed?”

However, he says he’ll add onto the Eagles logo eventually: “I’m gonna wait until we win the Super Bowl to put something underneath it. Whenever that happens.” 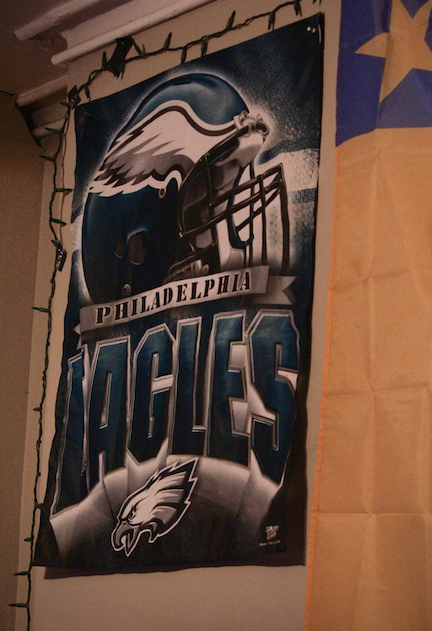 An Eagles flag hangs on the wall in Giampa’s room